It was a trip to Kashmir yet again with my family last year in October’11. In september, we drove to Dhanaulti. Just after one month we were again ready for the trip. The destination decided was again Jammu and Kashmir because still quite a lot of places were left to explore. We booked our flight tickets and the date of our journey was 17th Oct’11. Thus we were again ready to Invade kashmir for the 11th time. And trust me, Kashmir never lets us down. Even now, after visiting Kashmir more than 12 times, I always still want to visit it again and again. 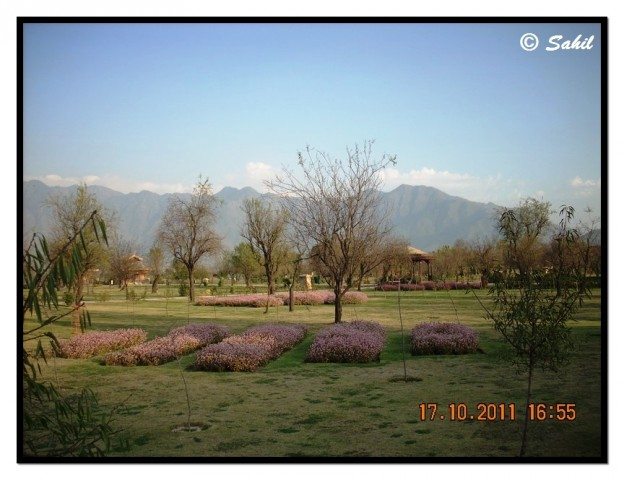 The main motive of our this trip was to visit Kupwara and Anantnag. Having visited Sopore, Baramulla, Pulwama, Badgam and Anantnag earlier, it was time to visit some other unexplored areas. Our flight time was 10 am. We reached the airport at 8 am, passed time by doing some photo sessions. In the meantime, just boarded the flight and in another 1.5 hours we were in Srinagar. 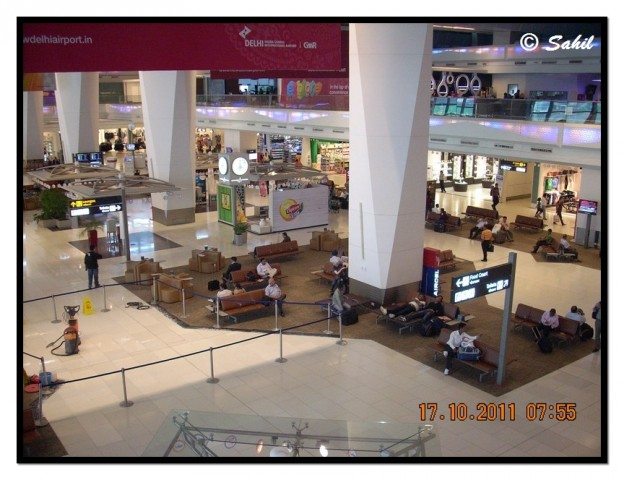 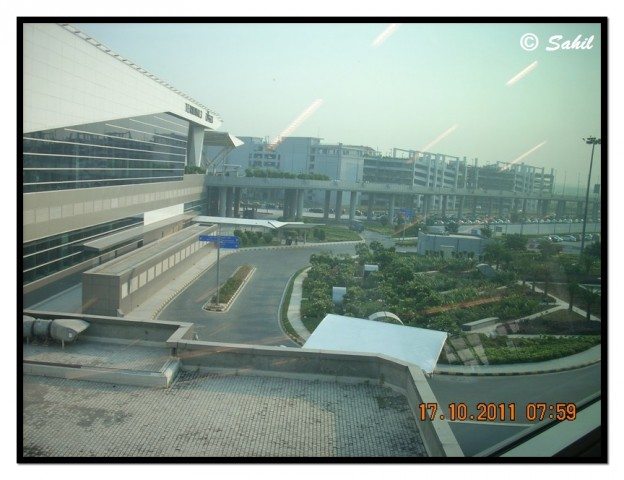 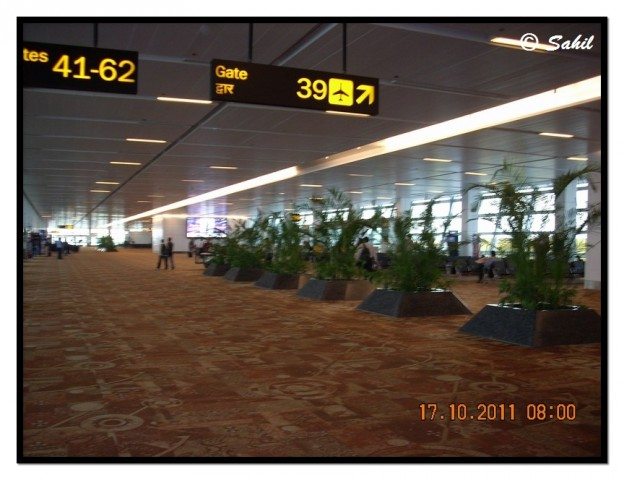 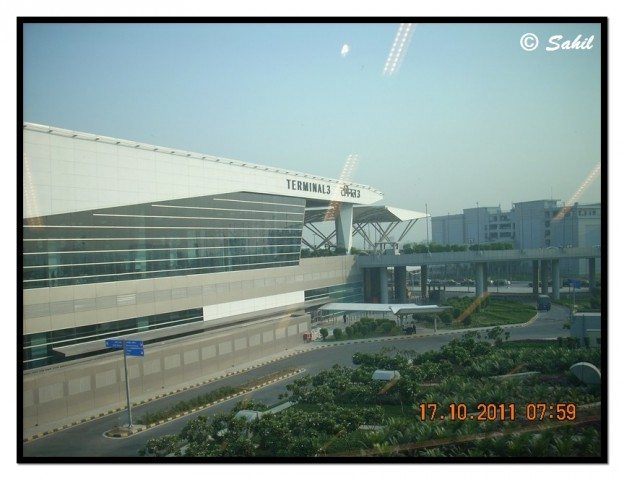 After landing in Srinagar, took the taxi and directly proceeded to our hotel. The weather was cool as always.Took some rest there and then we decided that lets visit the Almond Garden. The Badaam Vaer or the Almond Garden is situated in Srinagar. We took the taxi and went there. It Nestles in the foothills of Koh-e-Maran, the 300 kanals garden is dotted with trees, flowers and cascades which turn it into a beautiful and soothing sight. 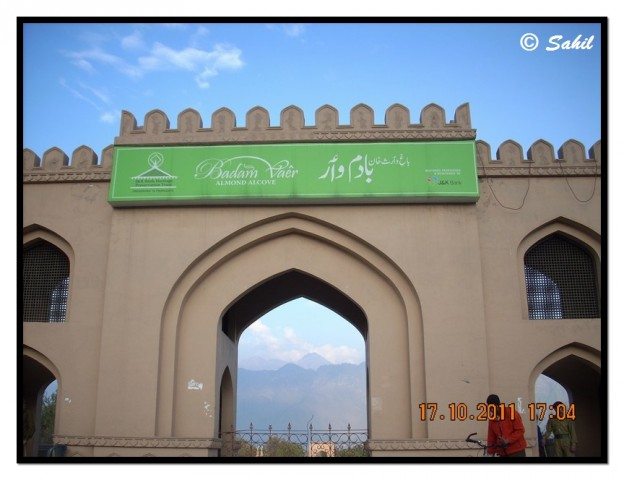 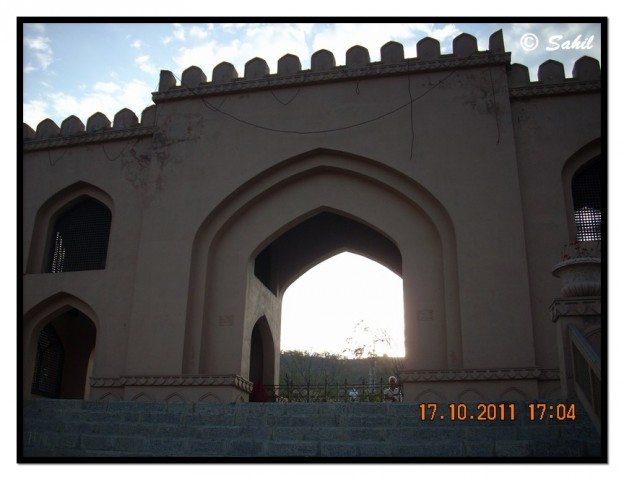 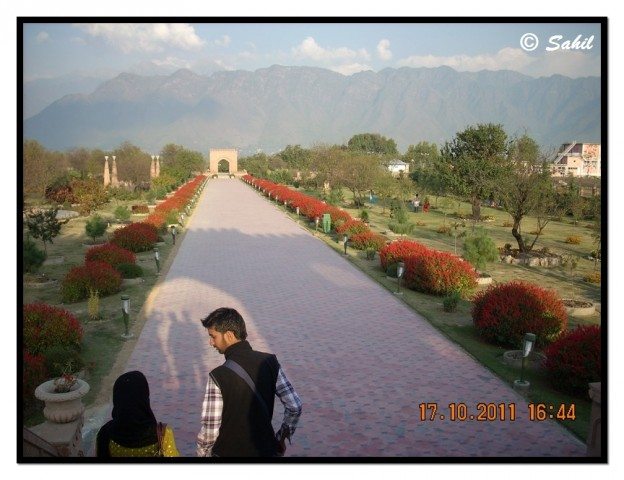 As one enters in the Garden, the views from here are breathtaking. In Kashmir, The blossom-laden trees are the best part of spring. There are all types of coloured flowers starting from light purple to yellow to pink to white and crimson. Thus the flower-laden almond trees look simply mesmerising. 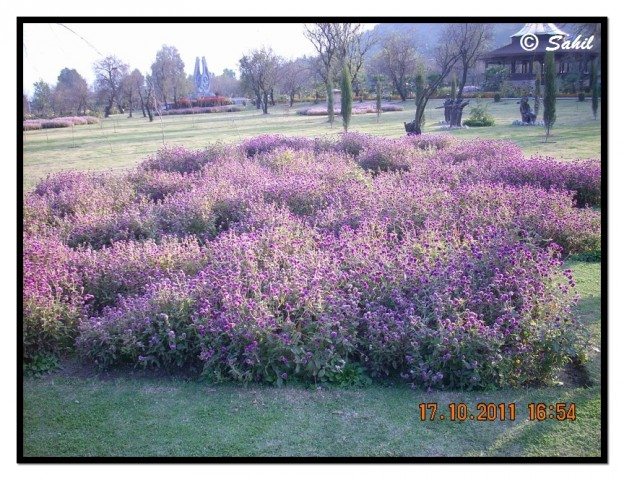 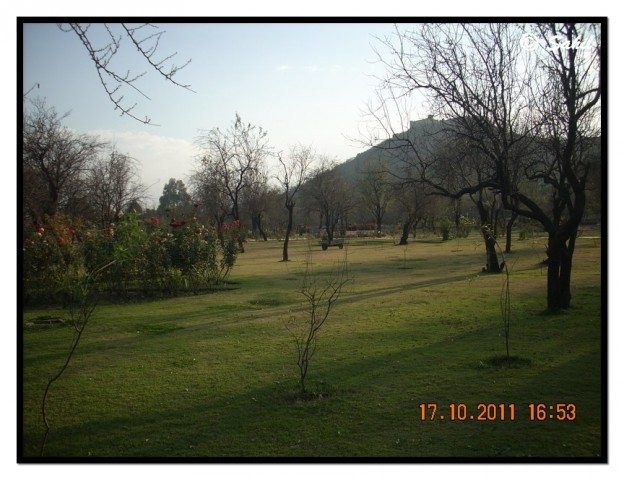 The park is beautifully maintained. It is a tradition of most residents of Kashmir that It is the first outing of the year where The entire family would rush to Badam Vaer with food, tea and bread with the arrival of spring. Kashmiri Pandits in Srinagar on the auspicious occasion of Nau-Reh (New-Year day according to the Bikrami Calender) u greet New-Year by having a ceremonial picnic to Badam Vaer in Srinagar where thousands of Almond trees are in full bloom. 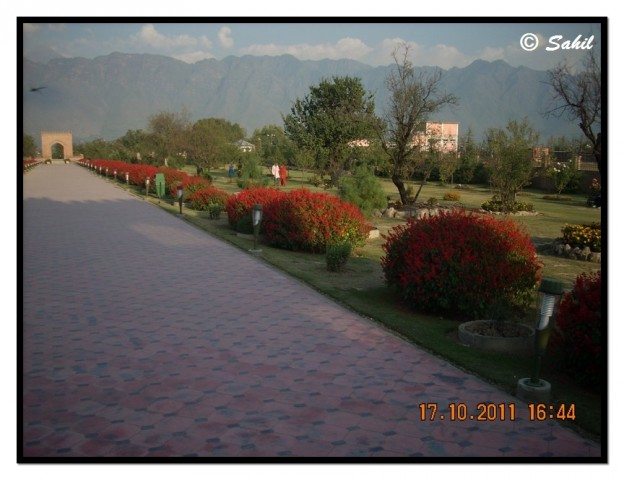 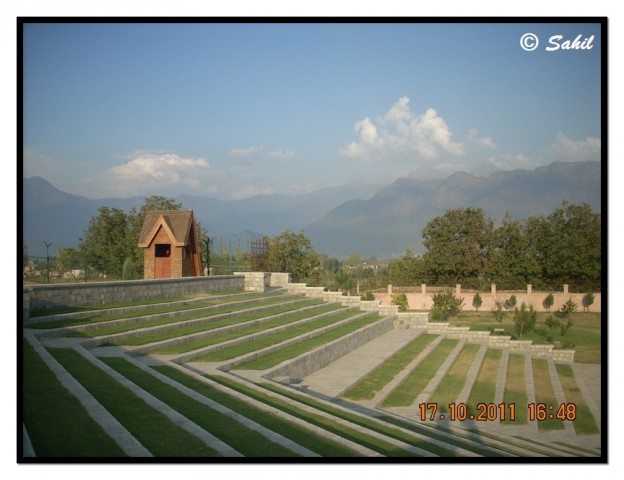 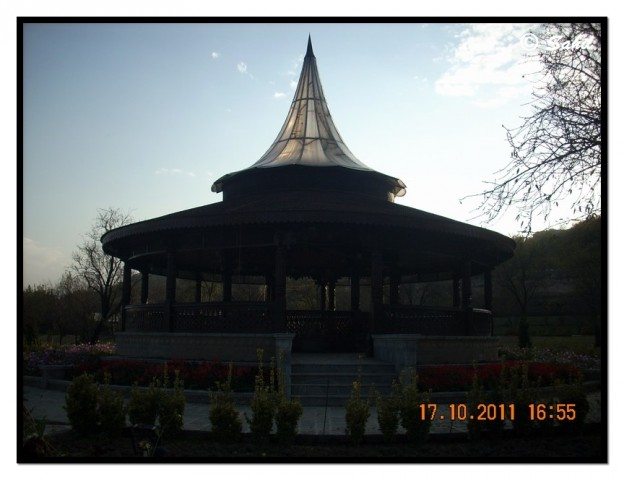 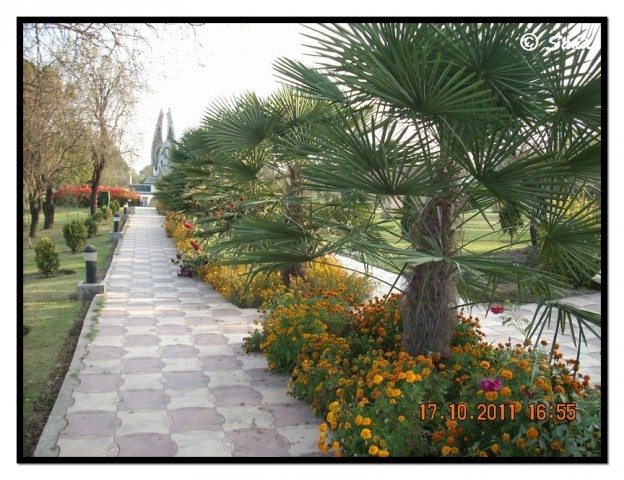 Every year the festival occurs in this garden where Folk singer groups spread all over the huge garden and entertain the people. This year also, just a week back this festival has started and huge number of tourists are witnessing it. The main benifit of this garden is it is literally empty on the weekdays as it is still not a very hot destination like the other Mughal Gardens. So one can enjoy to the fullest. 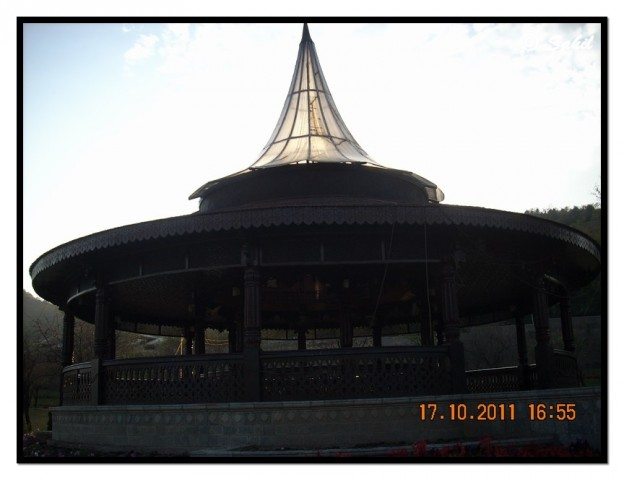 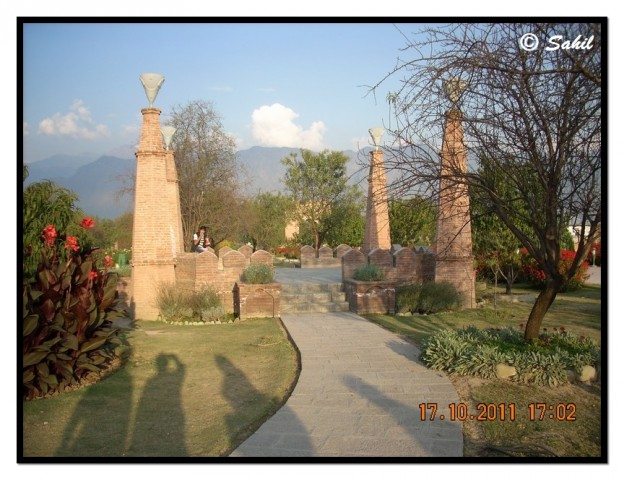 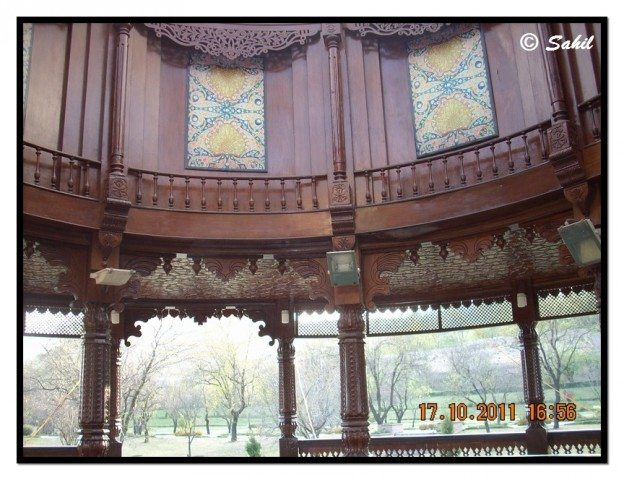 For the local people, these almond flowers indicate the arrival of spring. Almond trees are among the first to bloom in the Kashmir valley lending an aromatic air to spring. The almonds from these gardens are known for their superior taste and high quality. The kernels are used in confectionary items and desserts. 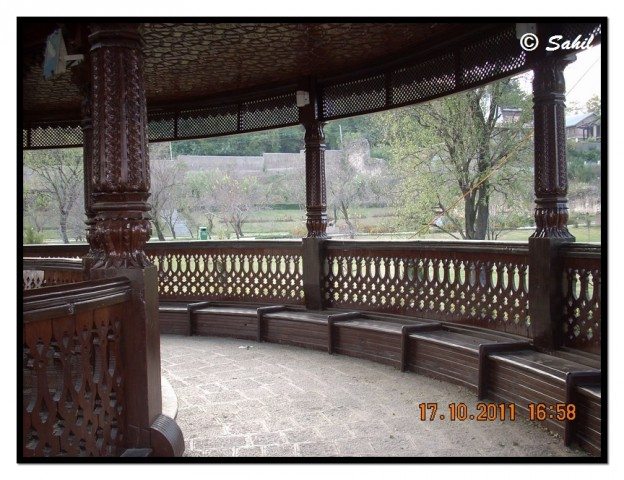 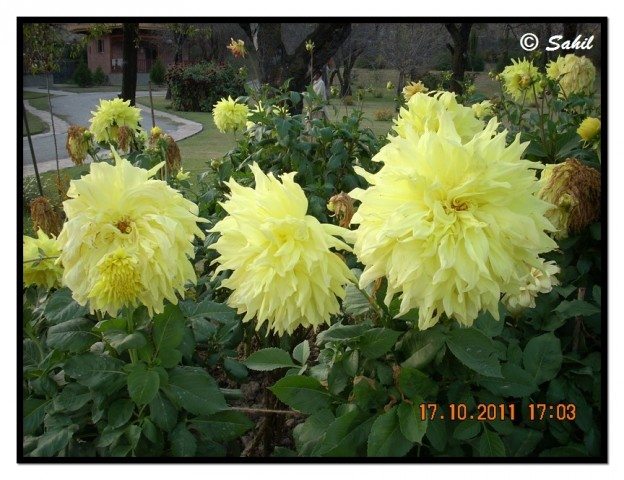 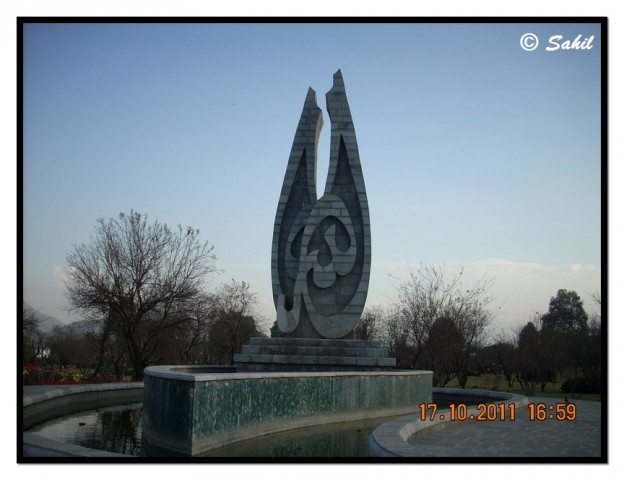 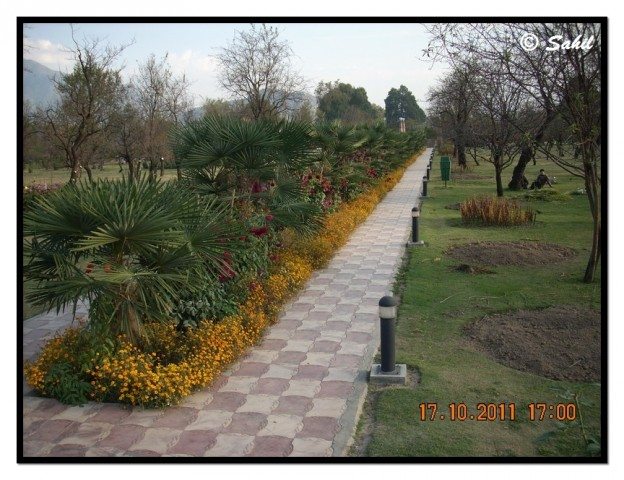 So this was the journey to the Almond Garden of Kashmir. In the next post, will take you to Kupwara and Anantnag.
Thanks for going through.