It’s been a long time when I last wrote something.

Maybe 2-3 years passed by, I got so busy in work that I almost forgot that it was Ghumakkar which had ignited my passion to travel. Though the travel tales did not halt, and I continued to travel though not very long trips, but still enough for a short change. 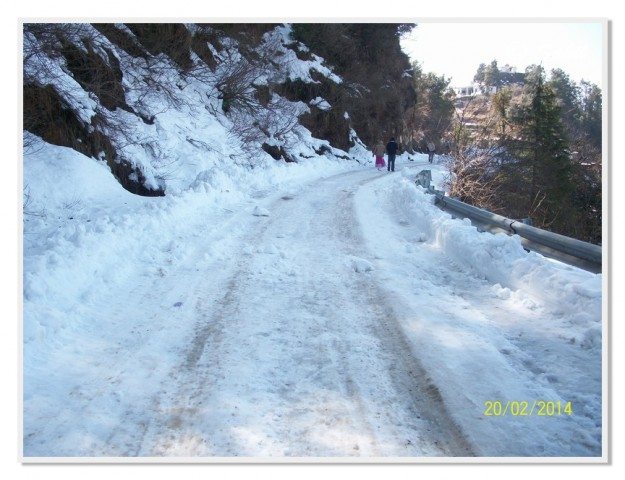 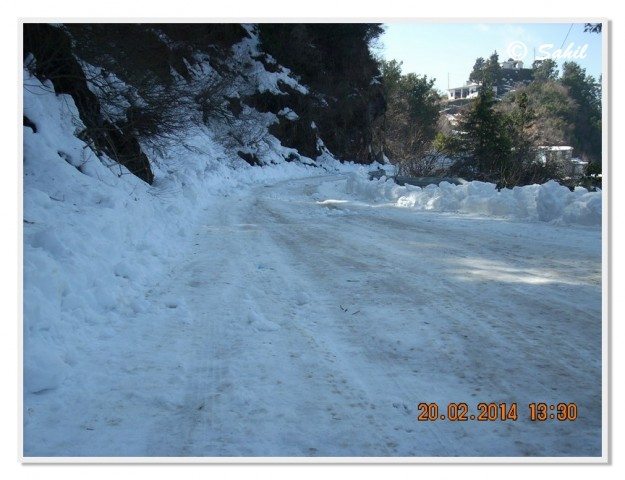 The road was really slippery 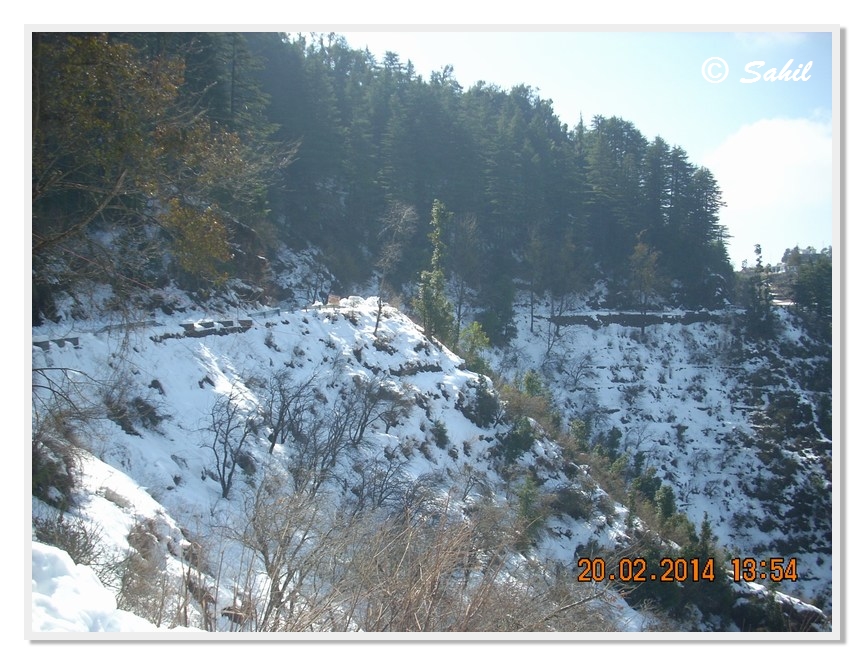 So here I am back again to share few of my short travel tales. Starting with one of the trip which I remember was Dhanaulti which I visited in Feb’14.Though dont have much pics now, but still found some to share. Some pics to start off –

Actually it was my brothers marriage in Dehradun. His marriage was on 20th Feb. On 16th Feb, I read that Dhanaulti received good amount of snow which was a Valentine Gift. Got super excited. I thought that If I would be lucky, snow would be there after 4 days.So I made up my mind, that I will squeeze some time and will visit it. 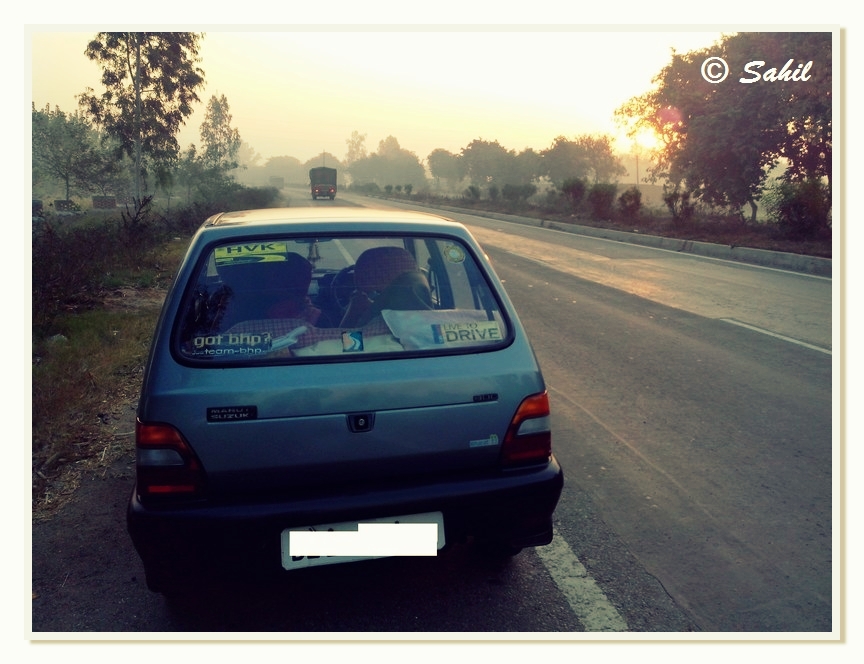 We started on 19th Feb’14. Starting time was as usual 5am.
Delhi – Meerut – Khatauli – Muzaffarnagar is always a breeze in early morning. By 8:30 am, we crossed Muzaffarnagar. But happy drive doesn’t stays for long. As soon as the board comes “Toll Road Ends” the same same old story starts. Very bad bumpy road doesn’t allow you the drive fast. Couple of months ago also, we drove to Doon. The Muzaffarnagar-Roorkee stretch was same. But this time In Feb, the condition was even more worse.

We got busy in the Marriage work as in the evening there was the Sagan and Ring Ceremony. In the evening, we reached the venue Hotel Solitaire on the Dehradun-Haridwar Road. It was a lovely hotel. As soon as we reached there a brand new Honda City 2014 was parked there We asked the Manager “Ye Car Kiski Hai”. He replied “Sir ap Logon ki hi hai”. Our eyes were wide open It was a brand New Honda City VX Diesel. We told our Brother “Sahi Hai Bhai, Kismat ho to Aisi” It was a grand occasion, but who knew my Grand trip was also in the process of making.

On the marriage day, my car was busy. Then decided to take Brothers New Honda city which he got on the Sagan function. But I knew there would be some good amount of snow on the road, so skipped this option. Then thought of taking his Ford Classic, but later I thought I would take his Tata Indigo which I find better on driving on hilly roads.

In the morning when everyone was busy in the arrangements, I started towards Dhanaulti. I had to return by evening. Weather was sunny, I was cruising steadily on the road towards Mussoorie. Later took the right turn towards Dhanulti. The SH-8 is quite familiar. Weather was still very nice but chilly.

It was a bright sunny day. Views were superb. Soon, as altitude was increasing, fresh traces of snow were seen on the sides of the roads. I could sense that, as always Dhanaulti would not disappoint me.
Far mountains were covered with snow, and it was all shining like gold as bright sunlight was falling on it. Had to get out of the driving seat again and again to capture those moments. 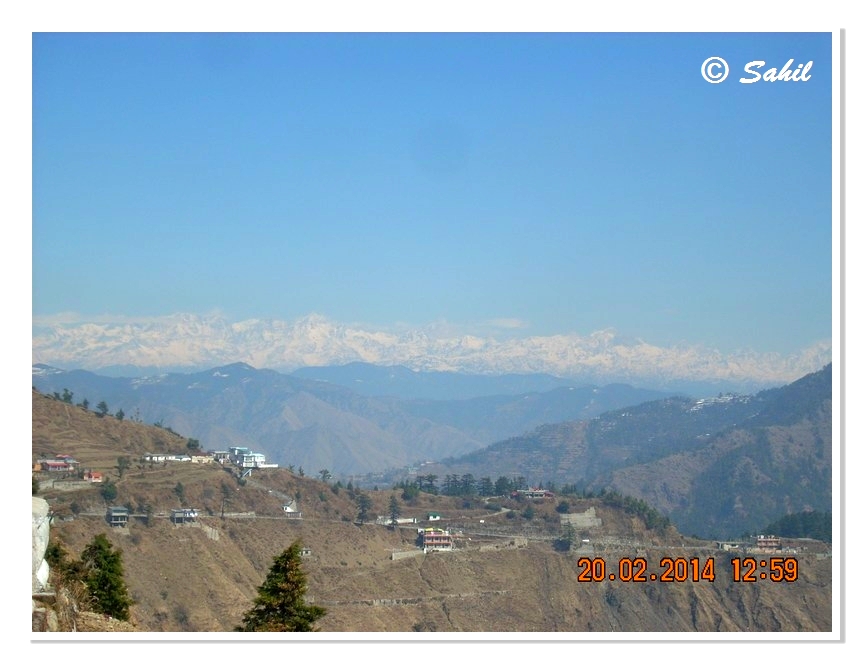 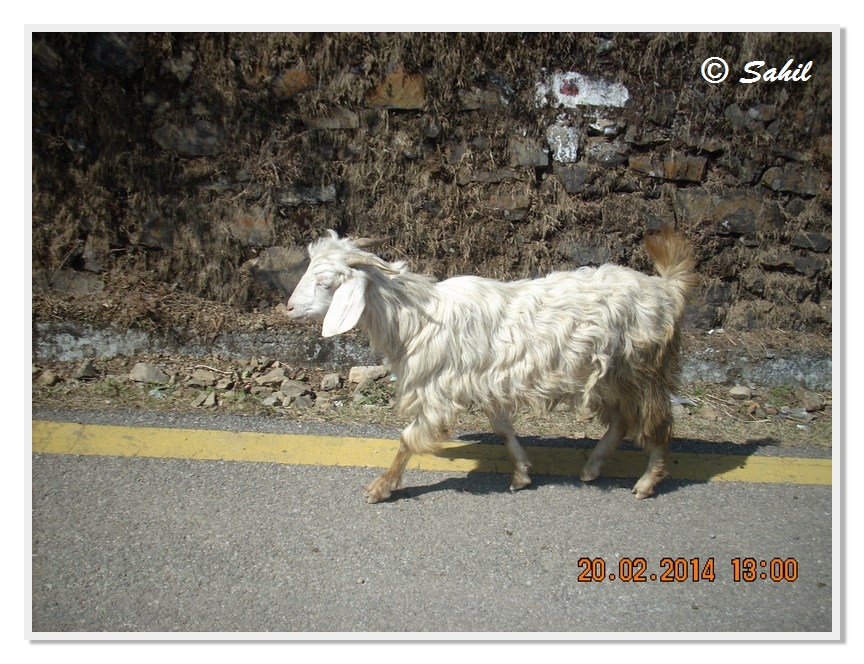 The amount of snow started to increase. Soon whole of the road was covered with snow.

It was such a lovely experience that heaps of fresh snow were lying on the road. There was almost null traffic. Mostly tourists were so happy to see the snow that they were enjoying on the road itself.No body seemed interested to go to Dhanaulti. Few of the cars were skidding.

I was driving very slowly, and negotiating slowly on the black ice portions. I enquired from other drivers, they told that it would be difficult to reach Dhanulti as roads are covered with heavy amount of snow. But I decided that I would go further and try to reach as far as possible. 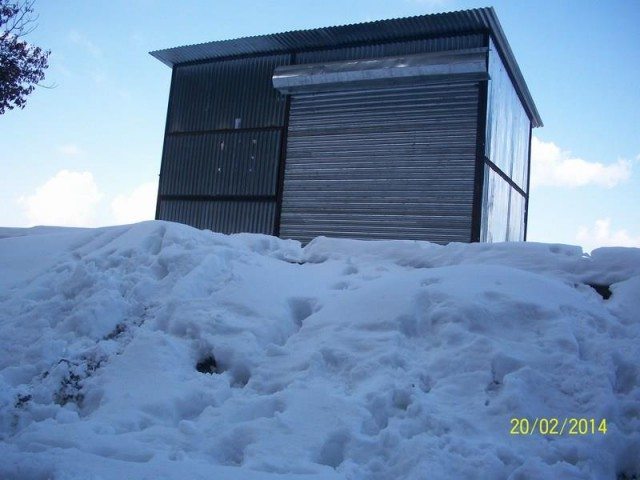 Decided to stop and have some Maggi. Sitting on the chair digged into the snow, and bright sunlight falling above, What more can one expect. Complete peace and it was all looking like a White Garden.
Finally reached Dhanaulti. There was very little snow there. 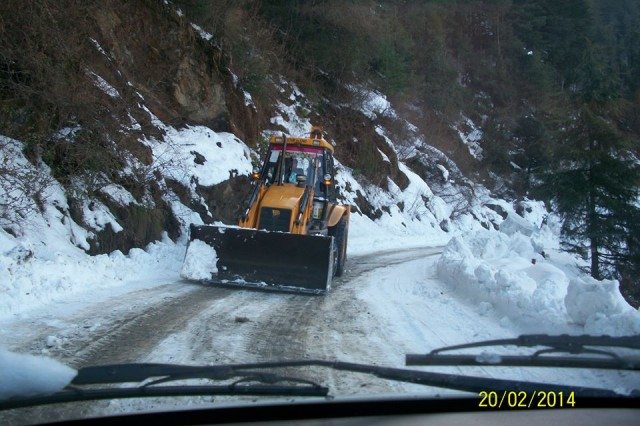 One of a taxi got stuck on a black ice portion and its wheel started spinning. The driver was unable to take his car out of that portion. Then all of its passengers got out, I along with other people pushed his car and after some trouble finally his car could come out. 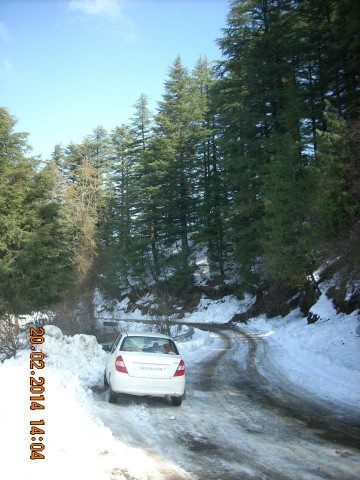 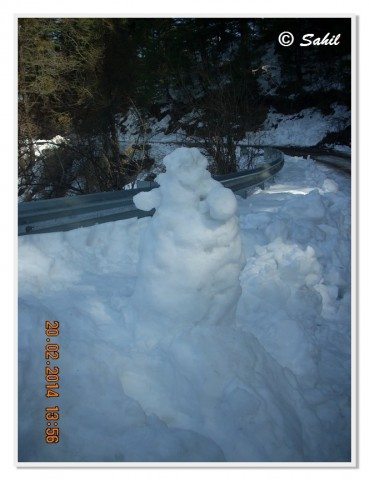 The snowman at the road side 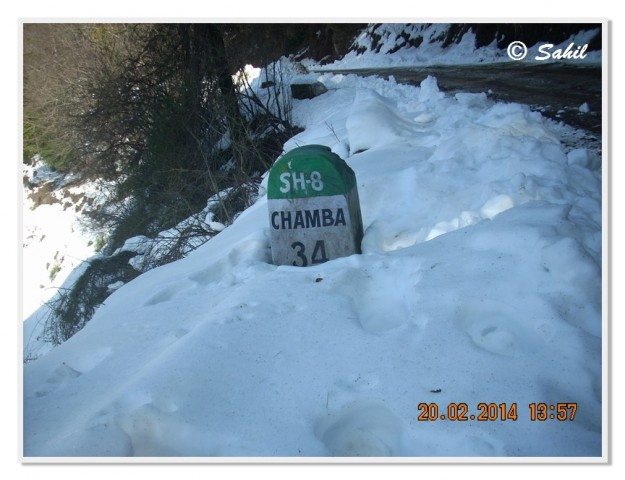 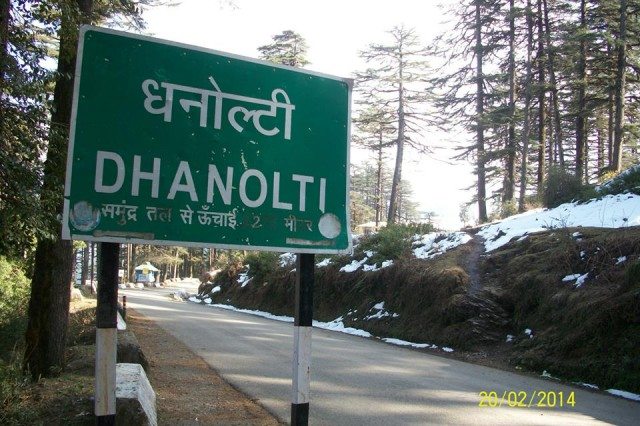 Finally Dhanaulti it is !!!!

This time I did not have time even to visit the Eco Park. It was just a touch and go trip to Dhanulti.

Started to drive back as it was already 4pm by then. Had to reach Dehradun by 6. Reached back Dehradun. It was just like a flying trip. But even that was enough to rejuvenate me and get back to normal life.
Returned back to Delhi the next day.