Leaving behind the starkly beautiful landscape of Chambal and the ‘bhihad’ (in)famous for the dacoits, Meerut is the destination for today. Needing to fuel up, we make for the nearest fuel bunk. This happens to be Dhaulpur, Rajasthan. The pleasant surprise here is that the diesel rates here are cheaper than Madhya Pradesh. We make a mental note to fuel up here again on the way back. Surprising how petty we sometimes become… a couple of rupees per litre… but then it is equally true ‘boond, boond se hi saagar banata hai’! As budget travellers, it makes sense alright!

Navigation through Agra is a nightmare… As usual we plot our route on Google Earth and follow it especially in large, unknown cities. This time, it takes us through packed, narrow by-lanes and the teeming milieu almost gives me claustrophobia! After seemingly aeons, we emerge from the labyrinthine alleys and get onto the Taj Expressway. The feeling of relief, space and freedom is overwhelming! Lesson learnt… never take Google at face value! We take the turnoff to Bulandshahr and then onwards to Meerut. 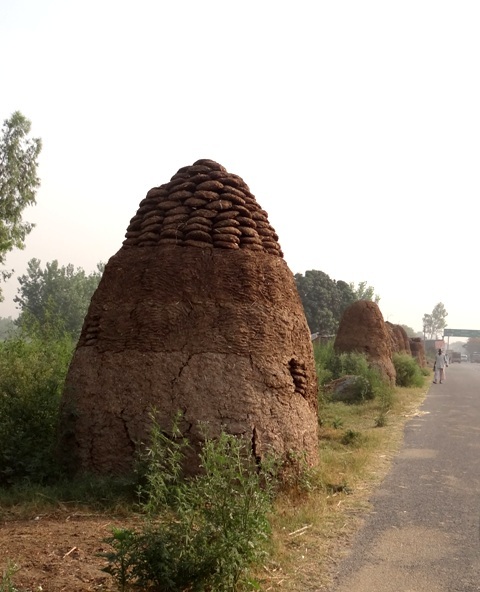 Crash out for the night in Meerut and hope to make an early start for Lansdowne next day. Early morning is quite pleasant as we drive out of Meerut on the Mawana road. The most conspicuous feature is the lush greenery of the landscape. The fields are a vibrant green along both sides of the road and a sense of earthy affluence prevails. Breakfast of Chole-Bhature from a ‘thela’ in Miranpur is yummm! Skirting Bijnor and driving past Najibabad, we reach Kotdwar. This is where the hills start. 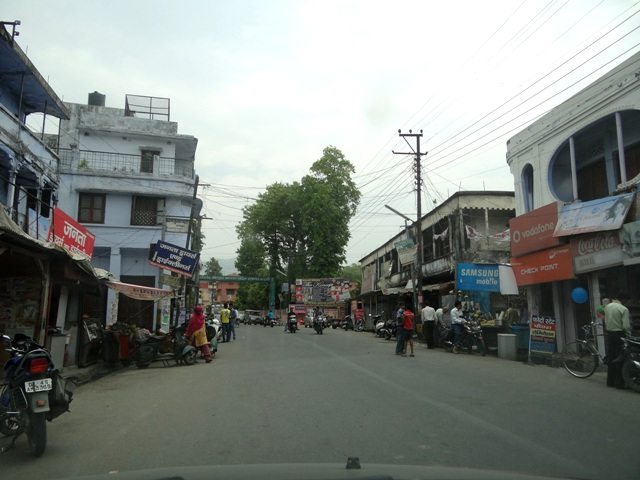 The ever present Long tailed Shrike and Plum headed Parakeets welcome us into the hills. 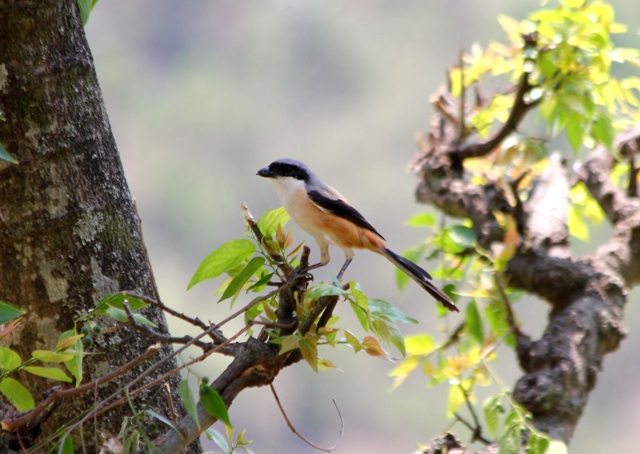 We find a good sized flock foraging in fields while four slaty headed parakeets do a fly by. Typically, we see some amusing signboards along the way… 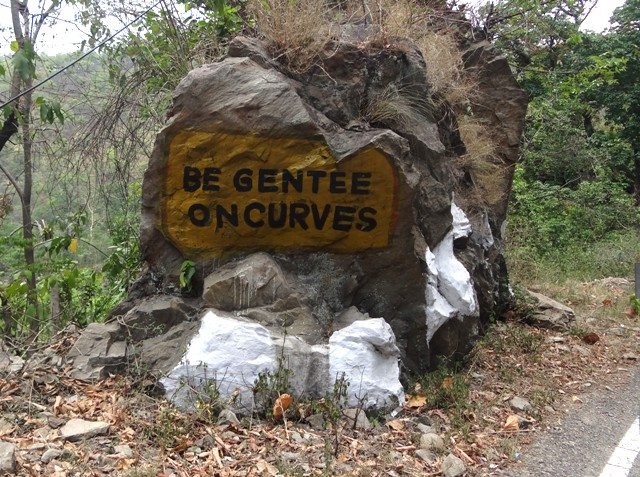 This picturesque route whets our appetite for the much acclaimed place we are heading towards… Lansdowne. The first glimpse of Lansdowne perched as it is on top of the mountain is enchanting and the beautiful pines lining the road give the place a fairytale look. 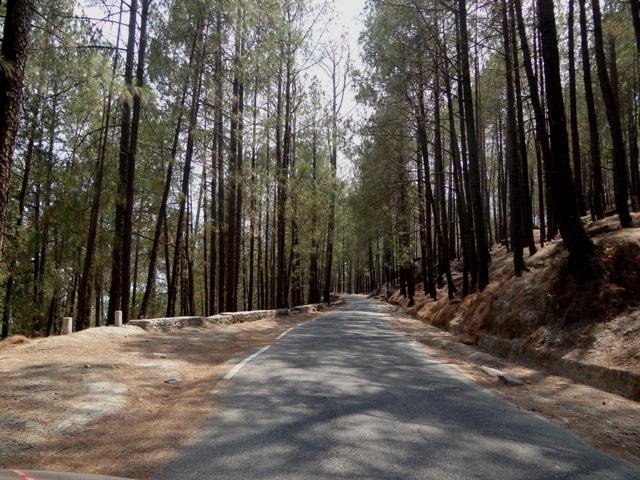 Originally known as Kaludanda, after Kalun (Black) and Danda (Hill) in local language, Lansdowne was founded and named after then Viceroy of India, Lord Lansdowne in 1887. Lansdowne was developed by the British for catering for the Recruits Training Centre of the Garhwal Rifles. It was a major place of the activities of freedom fighters from British Garhwal during the British period. Nowadays, the famous Garhwal Rifles of the Indian Army has its command office here.

We have reached well before lunch time so after checking in, choose to relax for a bit absorbing the stunning views from our rooms. The altitude is merely 5870 ft. but it is cold indoors even in the afternoon. This is no place for an afternoon nap. The salubrious mountain air beckons as does the birdsong!

Camera at the ready, we step out. What arrests my attention is the profusion of flowers everywhere. The tiniest place be it on the mountainside or along the road is blooming with wild flowers. Many moss-laden trees have orchids on them in full bloom. Coming from the hot, dry and dusty plains, this is pure bliss! 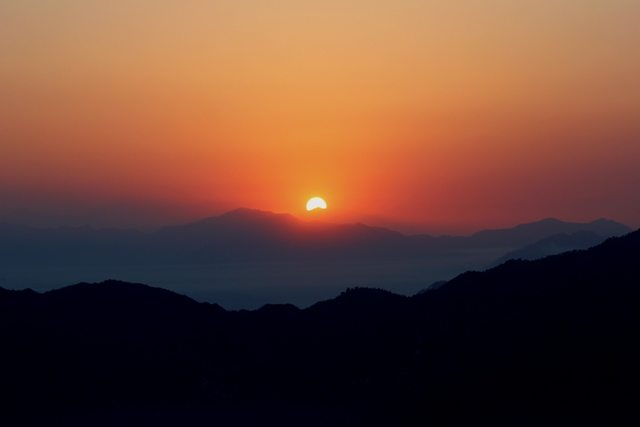 The next two days are packed with bird watching. The commonest of the birds around command our attention for they are new to us plains dwellers. The ubiquitous Himalayan Bulbul, Blue Whistling Thrush and the Russet Sparrows are everywhere. In fact, we do not see any house sparrows there at all! The Streaked Laughing thrush is trying to catch our attention by peaking at us from just beyond the tree trunk. The Black headed Jay is wandering around as common as the Rock Pigeon in the plains! 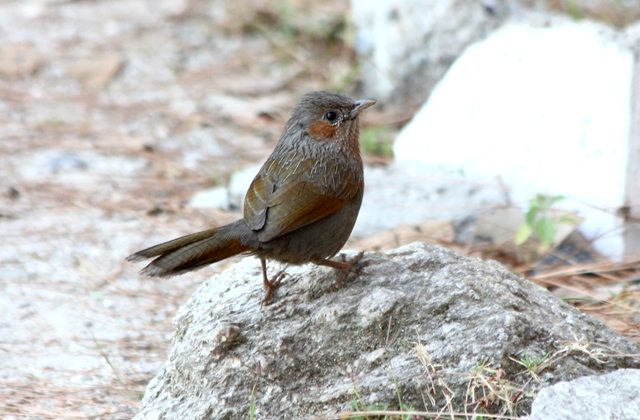 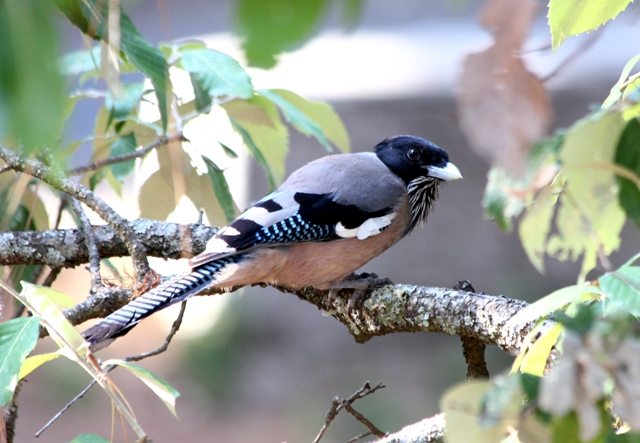 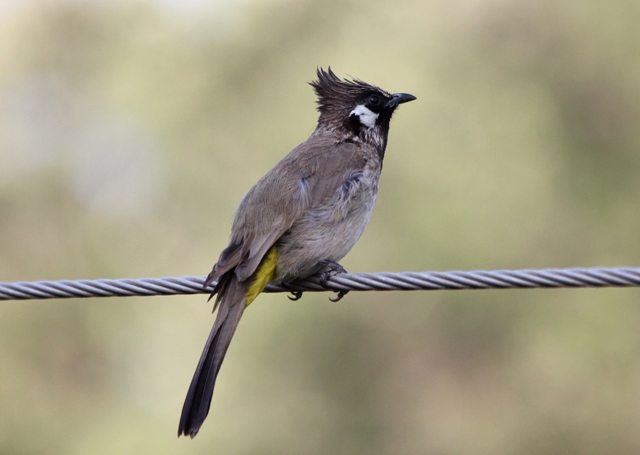 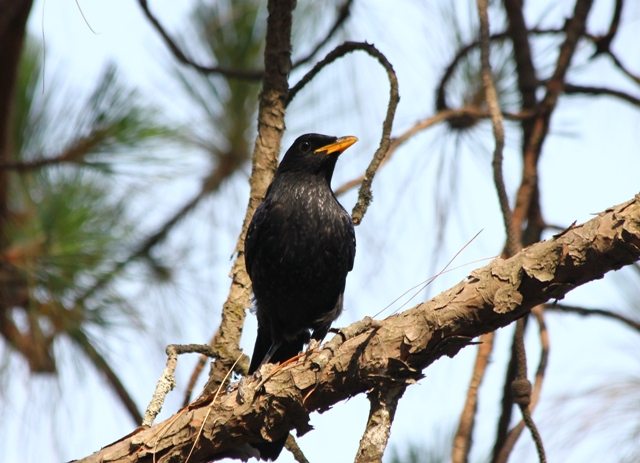 Meanwhile, two green birds fly up to a nearby tree. There is a distinct yellow on them and the flight indicates woodpeckers. We hurry and try to get in position for at least a record shot to identify the specie. The Lesser Yellownape it is! Hard on the heels of this pair is another pair, this one of the Brown fronted Woodpecker… birds are raining down on us hard and fast! The Himalayan Woodpeckers are also plentiful. The Grey headed Woodpecker makes an appearance… I am very happy. The bird count for the trip is increasing rapidly. 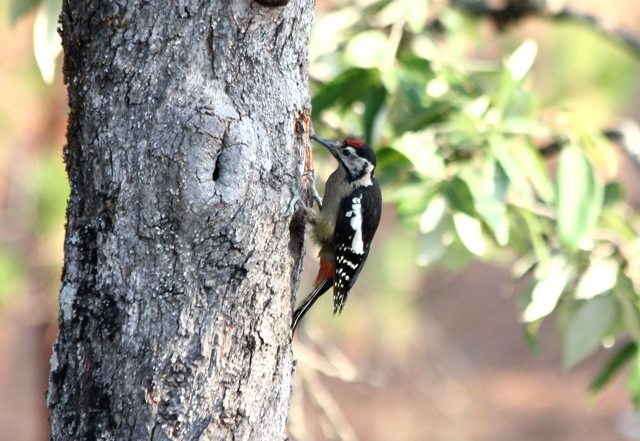 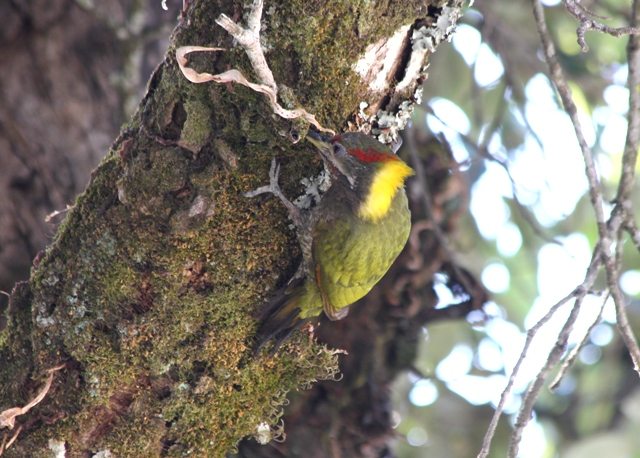 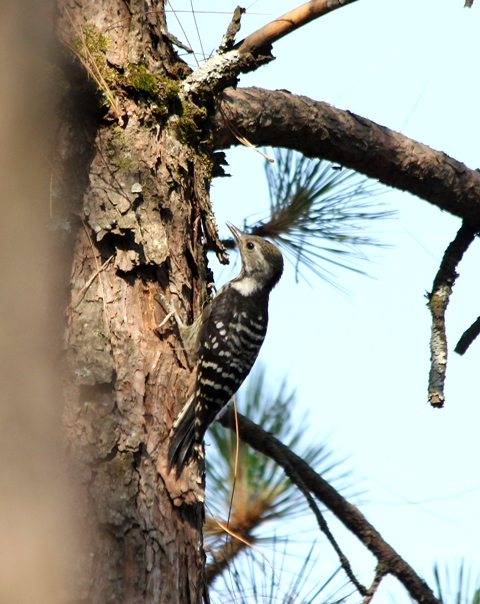 The Minivets are calling and the Vernal Hanging Parrots are screeching around. The Verditer Flycatcher with its vivid blue is conspicuous while the glorious colours of the Great Barbet are eye-catching. It is a problem of plenty… Should I get the Yellownapes or the Brown fronted woodies or the pretty Grey hooded Warblers flitting from branch to branch?? Surely heaven couldn’t be much removed from this! 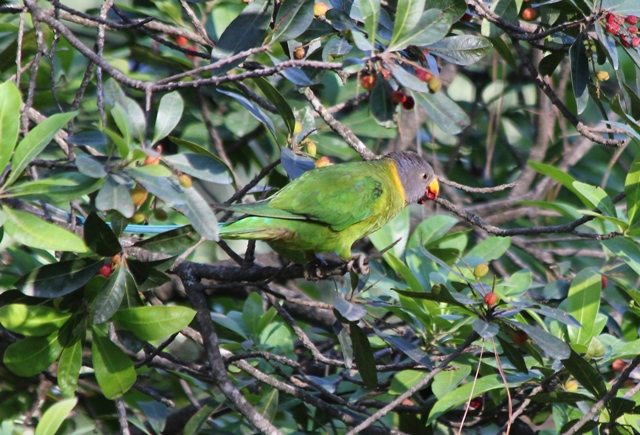 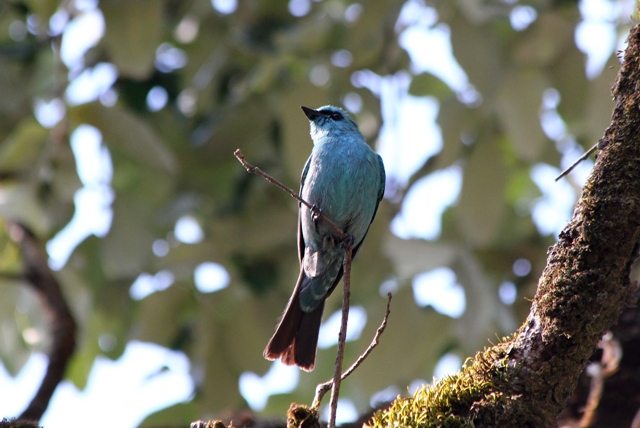 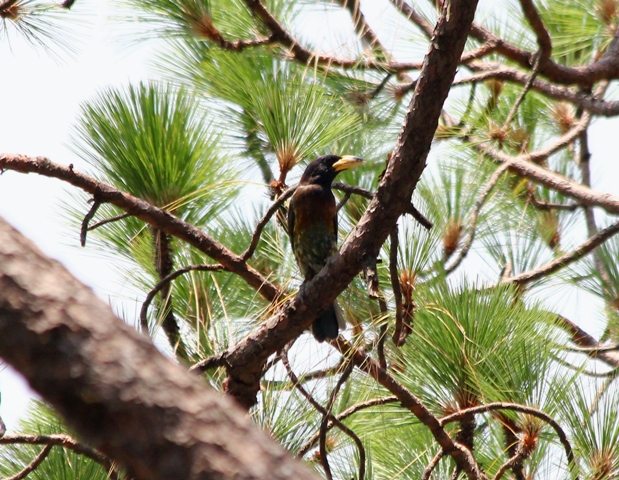 During the course of two days, we undertake walks around on the bridle paths used by the villagers as well as along the roads. Bulla Tal is visited and so are the two Churches. Tip-n-Top is a nice view point. The entire Shivalik range is spread out here and when the visibility is good, makes for an enchanting sight! Regrettably for us the visibility is not good in the summers due to heat haze rising up from the plains as well as minor forest fires. Therefore the true potential of the view point is not realised. Unfortunately for us, this is going to be our lament throughout the trip!
Next morning we set off for Joshimath via Pauri, Shrinagar and the Prayags. This report in the next instalment!

Bangalore – Mumbai drive Report I have always boasted that I love driving. This drive was to prove to myself ( at age 59)…