We wanted to start our tour of Ahmedabad city from a visit to that magnificent and pious home to the father of our nation – The Sabarmati Ashram. We had not eaten our breakfast at the hotel and decided to have something from a roadside stall having Gujarati delicacies. After crossing the Subhash bridge and turning to left , after covering a small distance, we came across a small but clean shop selling the breakfast delicacies of Gujarat as we guessed from the signboard. The signboard was in Gujarati but as Gujarati alphabets (most of them) are similar to that of Hindi, some of these we understood (Khakhra, Fafda, Patra, Papdi). Firstly we had Fafda which was duly served on a piece of newspaper (Bahut purane din yaad aa gaye). It was served with chilly chutney and it was just delicious. I had Kachoris. I had ordered some delicacy just by pointing towards it. We had eaten that a lot in Punjab. It is prepared from the leaves of Arabi and we call it Pattod in Punjab. It had a Gujarati touch here as it was bit sweet as most of Gujarati dishes are. Now Bhakti suggested, we should try Patra also so I asked the shopkeeper to give 200 Gms of Patra and he gave the same dish (a comedy of error or What’s in a name – Shakespeare), so much for our knowledge of Gujarati language but we failed to notice that the things are same everywhere with a little twist and different naming.

Sabarmati Ashram: The Ashram building from outside looked serene and calm and inside also same aura had welcomed us befitting to that of Mahatama Gandhi. It is rightly said and observed that wherever Gandhi Ji went, the place had been sanctified and revered. May be the ancient times Gurukuls had the same aura, I don’t know but one feels peace here as one has entered in a temple.  The ashram is now a museum and the institution which is trying hard to preserve legacy of Gandhi. This is the place where Gandhi Ji stayed from 1917 till 1930 and two major decisions in Indian history, Non-Cooperation Movement and Civil Disobedience Movement.  The ashram is divided into many sections of which the museum is one part and it is just worth seeing. One gets to observe minutely, the life of the man who was destined to become so great. 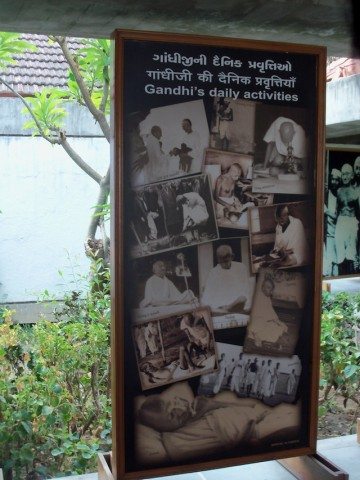 This is how you get a warm welcome at the entrance of Sabarmati Ashram. 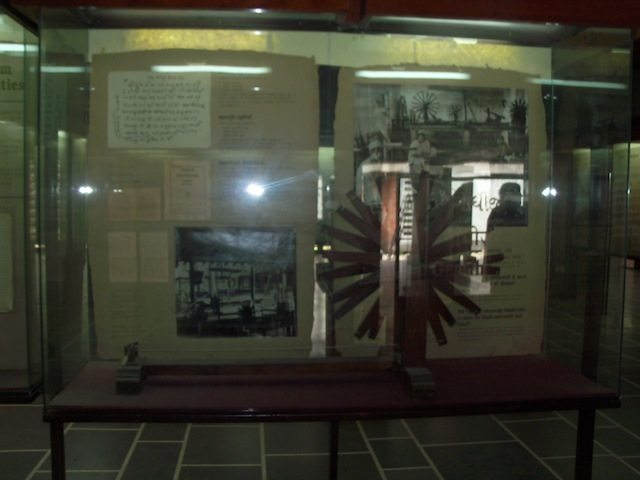 The instrument of social change – Charkha 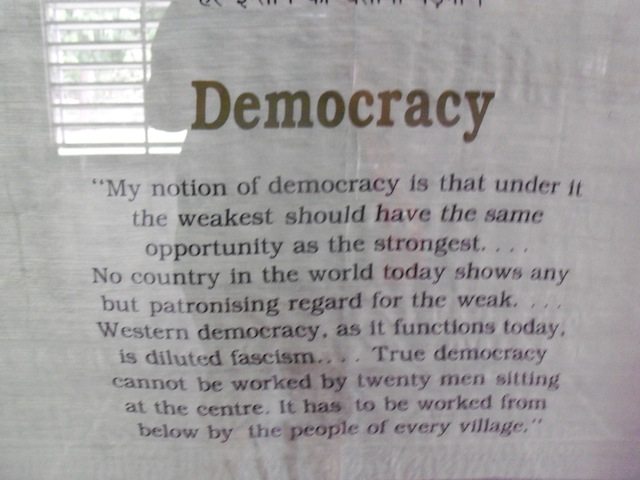 THE MUSEUM: The museum itself is divided into three major sections:

1. Gandhi in Ahmedabad section
2. Painting section
3. My life is my message section

The museum is a low-ceiling structure, properly ventilated and visibly different from other museum buildings that the structure is not ostentatious or highly decorated but a simple one which describes the man perfectly.

The first section has got the about 50 hand drawn panels showing life of Gandhi Ji when he was in Ahmedabad.

The third section is where we get quotes from Gandhi Ji and most of these are in his own handwriting.

The ambience was just awesome in the museum. Everyone has read about Gandhi Ji but to understand him better, a visit to this Ashram is a must.

My observations in this museum:

1.A very well kept museum whose every corner reminds you of Mahatma Gandhi. One can not miss any detail of life of that great man here. The childhood and the youth and the sainthood all aspects of Mahatma Gandhi are covered in a very graceful manner. The panels depicting photographs take you to some other world instantly.

2. Gujarati prem of Gandhi Ji is in full flow and is displayed through various facets clearly. We might have heard about the love and attachment of Gandhi ji to Gujarati language but  the real extent of it one understands when one sees almost all the documents pertaining to Ashram and his personal correspondence to the men of Gujarat written in Gujarati. Copies and registers containing words of Gandhi Ji have been displayed in a decent number. Agreed that English has become a universal language now and one can not survive in the competitive world today but if one thinks dispassionately, one gets the feeling that only ideas matter and not the language, whatever the era is.

1. A roster of daily activities of the Ashram (in Gandhi Ji’s handwriting)
2. His notebook of class 5th.
3. Income-expenditure statement of the Ashram, and many more. 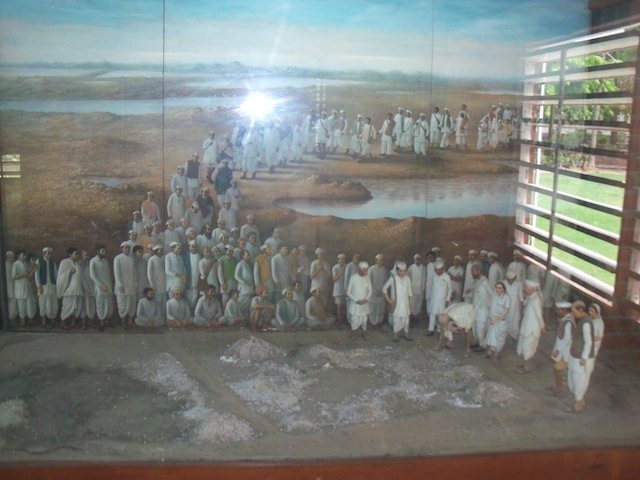 Dandi march as it was 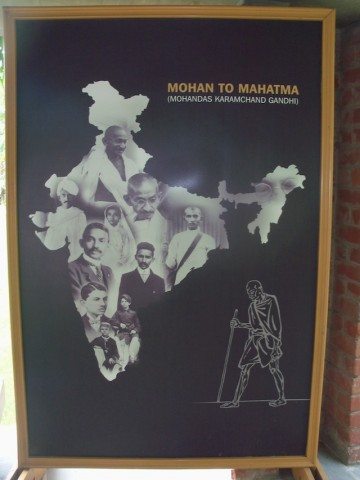 The making of Mahatma

4. A hand-drawn panel depicts the replica of various letterheads coming to Mahatma Gandhi from various corners of the world. Nothing great in this, but how it was addressed really showed the sway this man held over the masses all over. Take a look: 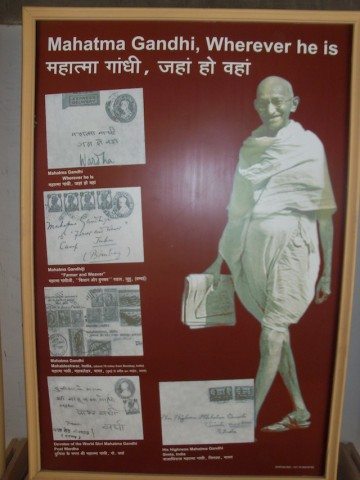 5. Maps showing the route of Dandi March alongwith a miniature replica of  the scene is another highlight of this museum.

Integrity of Gandhi Ji is reflected in the comment that when Kasturba had wanted to stay in the Ashram for some days along with the children, Gandhi Ji had instructed her to deposit the expenditure for all this in the Ashram account … 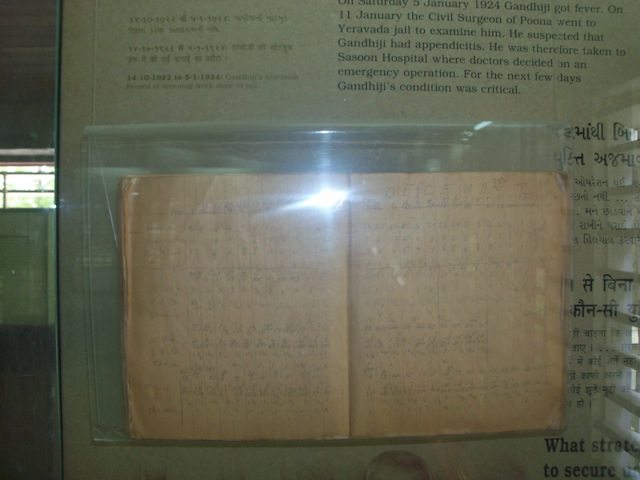 No doubt in this Mahatma Ji 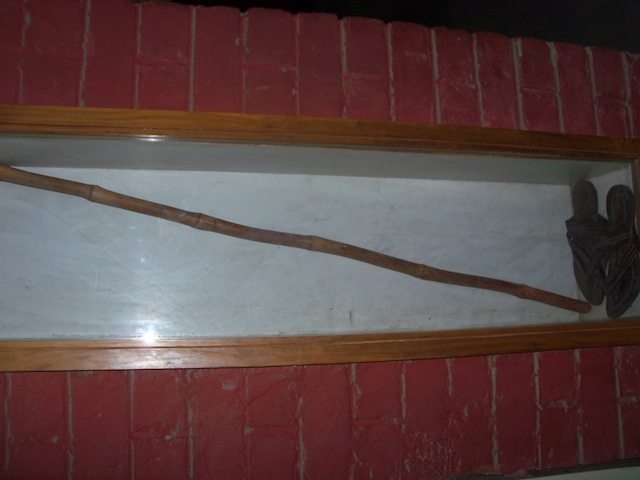 Kya Sabak Sikha Teesre Din:  We, the mortals are far behind Gandhi Ji when the question of integrity and honesty comes, let’s accept. 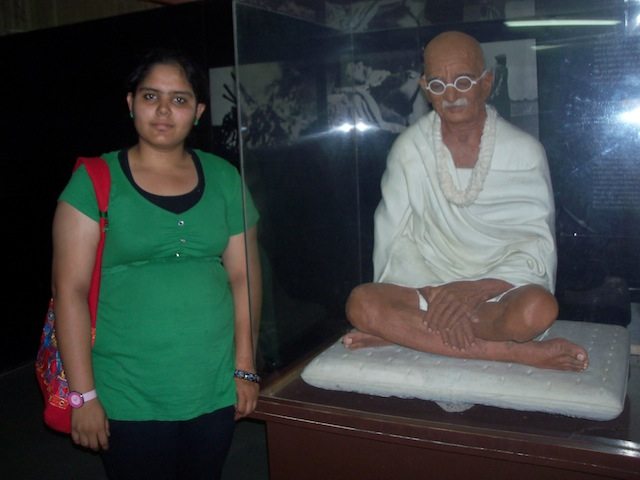 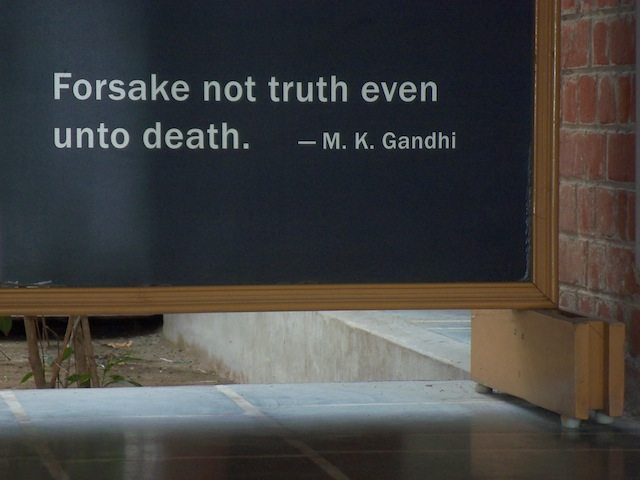 An ordeal by fire 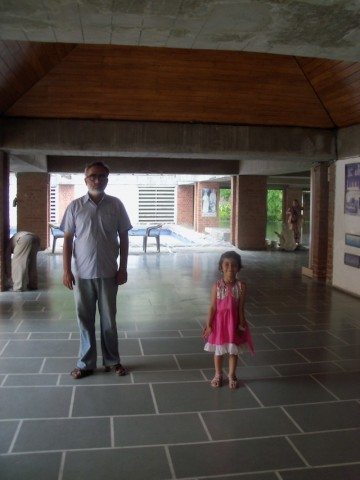 A dream fulfilled, at Sabarmati Ashram

A gem from Narsi Mehta:

Some Days in Gujarat – Sabarmati Ashram (The modern pilgrimage) was last modified: July 28th, 2021 by Rakesh