It’s been months since I have written. So what kept me busy? Well, this and that. It was time to leave India and visit Europe. I was there for 2 weeks, visiting places. This should have ensured more travel posts. But I returned the US on a pair of crutches with injured ligaments. Now that was due to a minor accident on the streets of Italy (an incident my friends like to make fun of saying “Sicily mein phisli”, meaning, “Slipped in Sicily”). It took me a while to get rid of the ultra-glamorous red crutches, and by the time I had recovered, it was time to shift coasts. I was starting graduate school. Unpacking, packing, repacking, and getting rid of the rest of the clutter took me forever. I am in graduate school now, which also means I have less time and even less money, meaning I travel less. Too bad. So till I make future trips, I’ll try to clear some of the backlogs.

I realize even amidst my hectic schedule, attending classes, writing proposals, starting to get into the regimen of doing homework when I thought I was long past the age of doing homework, I miss my life in Seattle. It seems like a chapter from another life, all fuzzy and full of nostalgia. I still check the weather of Seattle every morning, more out of habit than anything else. I know I will get over it, but till then, here are some nostalgic pictures in and around Seattle. These have mostly been taken from airplanes or elevated heights. 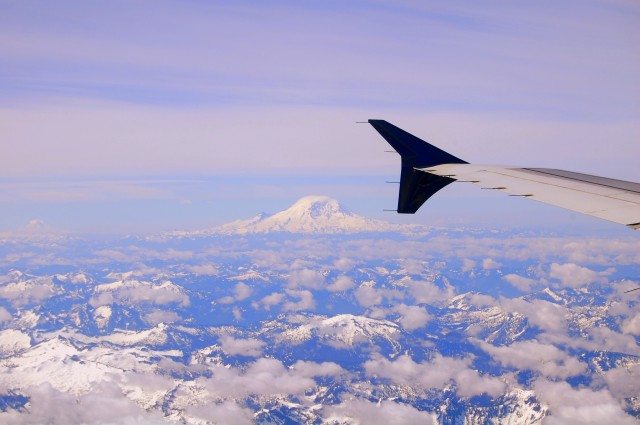 Mount Rainier, a volcanic mountain and the highest point in the state of Washington.

Washington is rightly called the Evergreen State. You will mostly see green at any time of the year (unless it is eastern Washington).

This is the start of the Interstate 90. I have always wanted to drive the whole stretch of I-90. It takes you all the way to Boston. 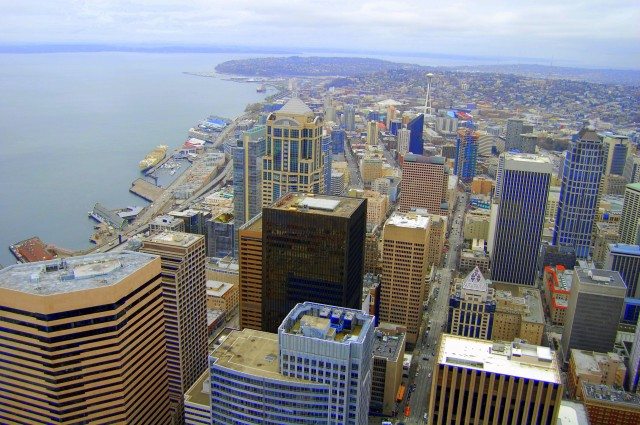 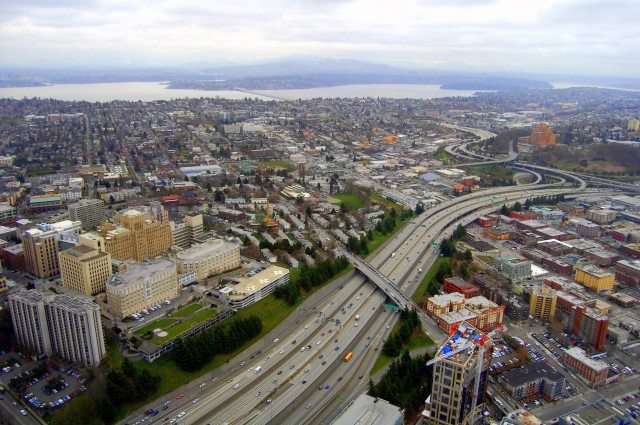 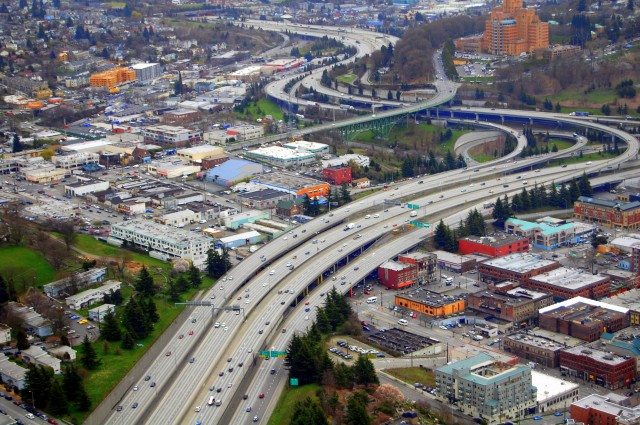 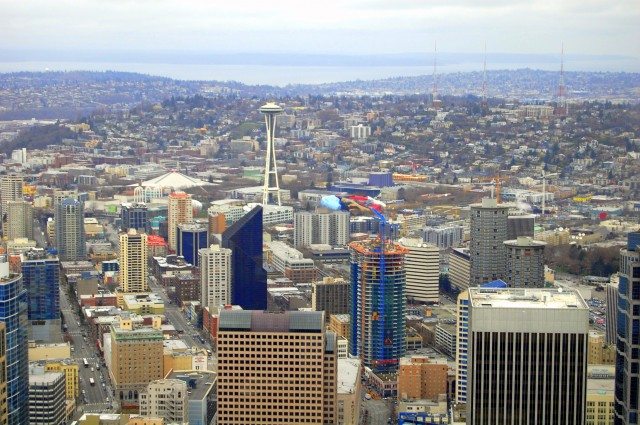 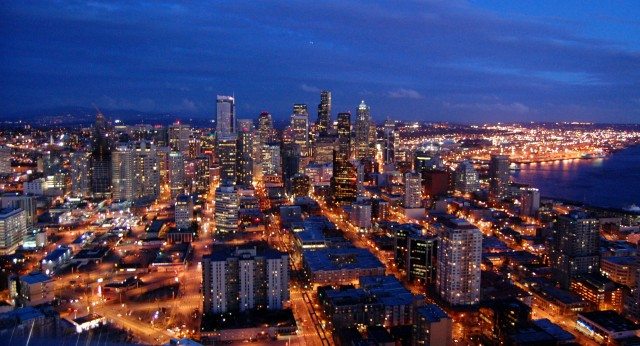 Downtown Seattle in the evening 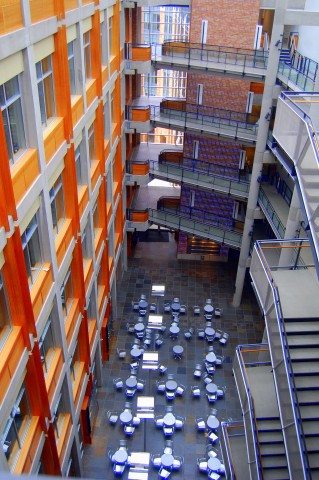 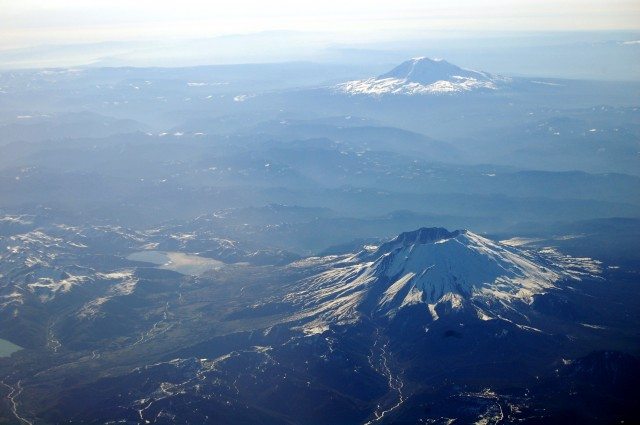 The decapitated Mount St. Helens that erupted in 1980.

Some Aerial Views of Seattle was last modified: March 8th, 2020 by Devasmita