Distance: 200 miles from San Francisco
Time: ~ 4 hours to reach there depending on weather
Things I visited: Waterfalls (upper, lower, bridal veil), half dome, El Capitan
When: Christmas of 2008
General activities for me: Hiking, taking pictures, freezing in the cold

California is a state of national parks. With Alaska, it shares it’s number one place for the most number of national parks in the U.S. Some random statistics that does not matter, I know, but you can tell that I am a little obsessed with the U.S. geography. Every now and then, you will find me looking at lists of state capitals, list of national parks in a state, and so on. The resolution of visiting every U.S. national park someday still stands for me. Unfortunately, of the 8 national parks in California, I have only had the chance to visit Yosemite National Park.

A four hour, 200 miles drive from San Francisco, Yosemite is an amazing weekend getaway. From the pictures I had seen of Yosemite, I always had the image of lush green hiking trails, the half-dome, the El Capitan, the waterfalls (upper falls, lower falls, bridal veil falls) and the valley. But when I visited it in person, the imagery was not quite what I expected. For one, it was the end of December, and more than half the park was closed. It was record snow I had ever witnessed, and everything I saw was shrouded in white. Forget hiking, even walking a few steps without falling was challenging. A group of us had enthusiastically embarked on this journey, and one of the things we had to do when we got there was to get snow chains for the car tires. It was freezing, and I am not particularly fond of the cold weather (especially snow). However I came back with a bunch of happy memories, and a set of pictures of Yosemite I had never before seen in any of the albums before. For everything I saw was pure, pristine white. The pictures will vouch for it.

I am not including a list of every trail I hiked, every waterfall I clicked pictures near, and every road we took. There is more information out there on the internet than you would need. You can refer to Google maps, and any of those many websites that tell you where to go and what to see and where to live and what to eat. If you are visiting in December, half the park will be closed anyway. However, I can tell you my experience with the place. It is amazingly pretty, and pristine. The snow ensured that we saw a lot of enthusiasts snow ski. While I fumbled to take out my camera in the cold, bloated under multiple layers of clothing, my hands threatening to numb out permanently and get gangrene, these enthusiasts of every age ran around, played, and had so much fun. Many rock climbers climb the half dome in summer or during favorable weather conditions, but I am one of those travelers who would just sit back and cheer the enthusiasts rather than embark on these physically demanding and risk-bearing endeavors. So I had to be content with trying to maintain my balance and not slip during those light hikes in the snow, and taking a lot of pictures. The half dome and the El Capitan were my particular favorites. The waterfalls turned out to be very pretty too. And yes, we did manage to see a little bit of wildlife despite the snow. 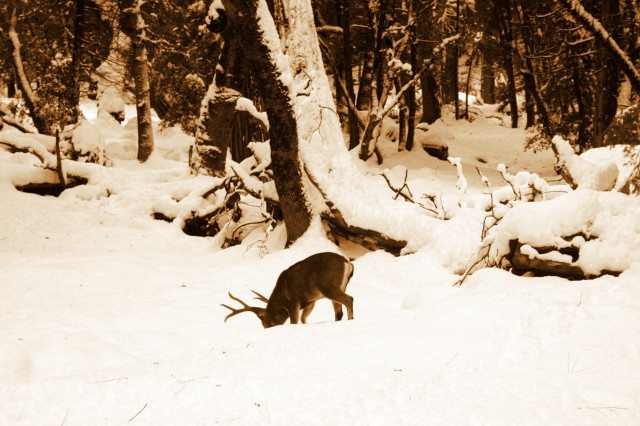 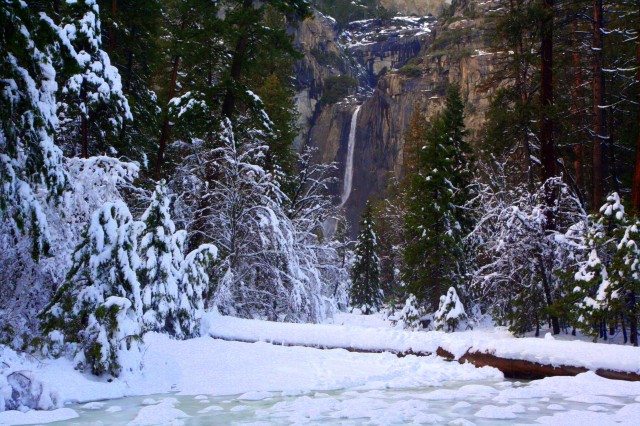 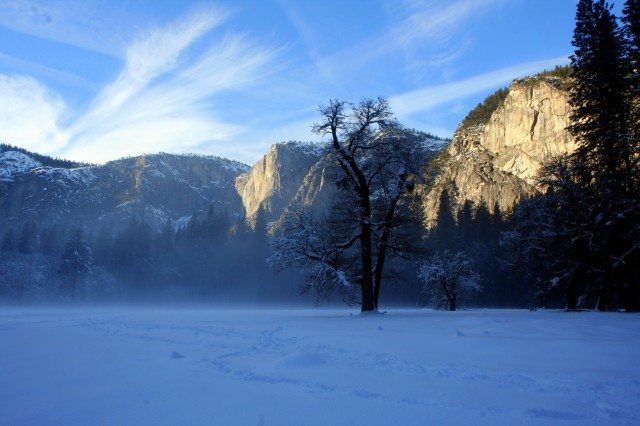 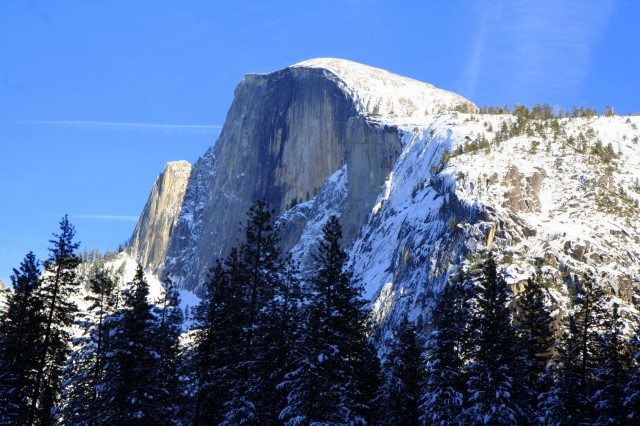 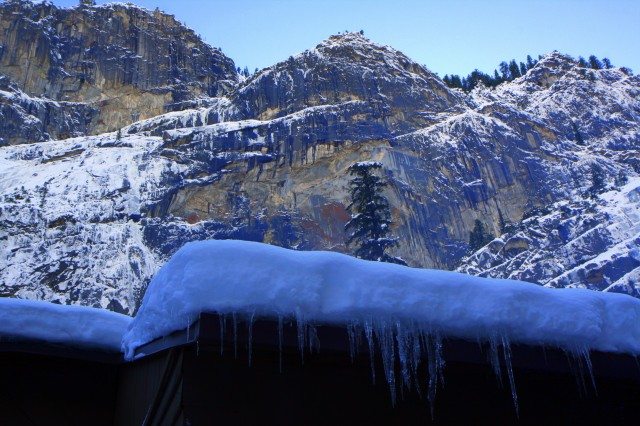 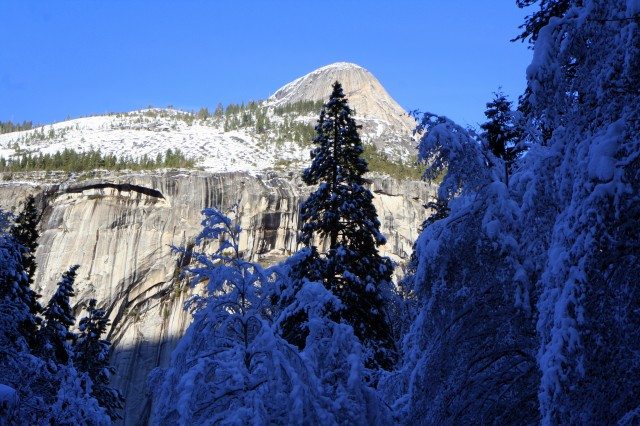 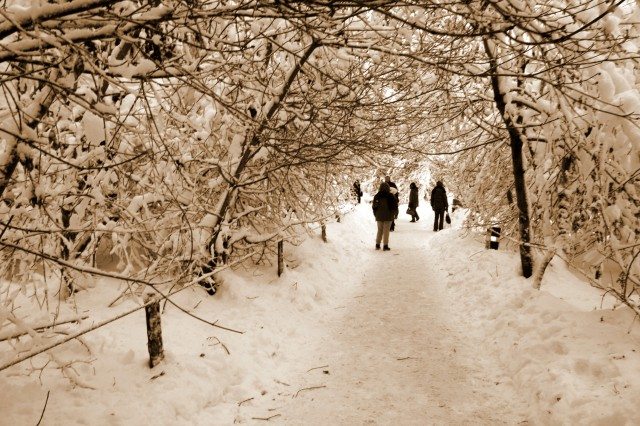 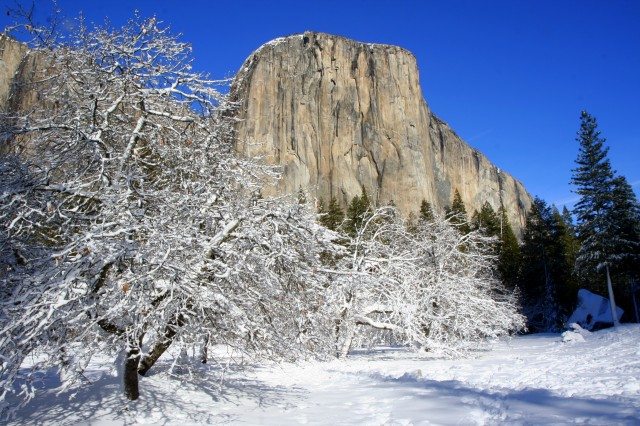 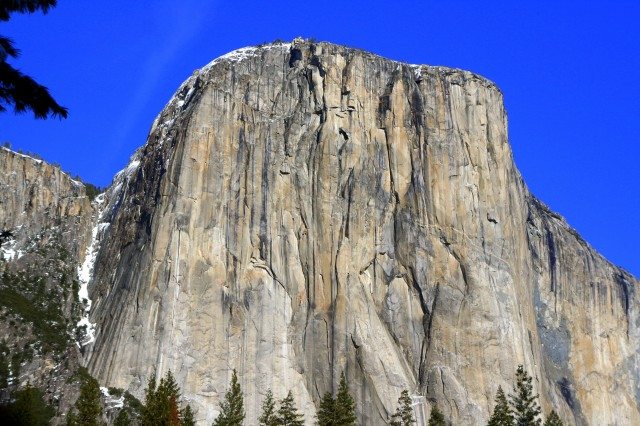 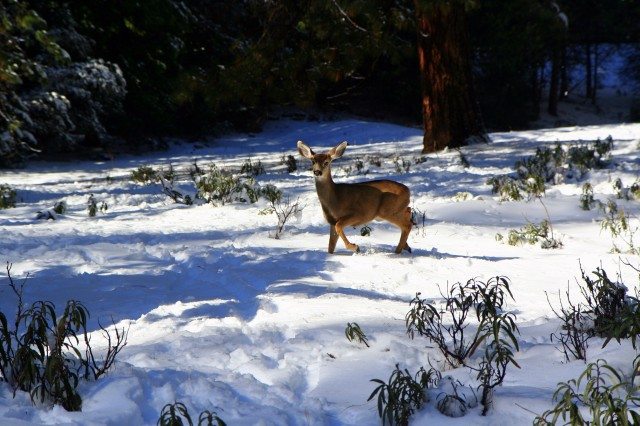 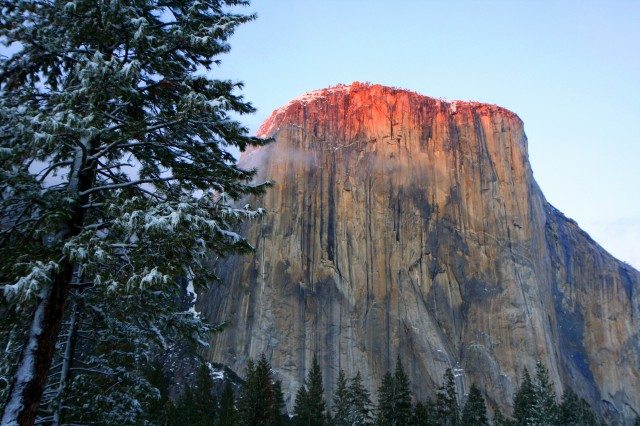 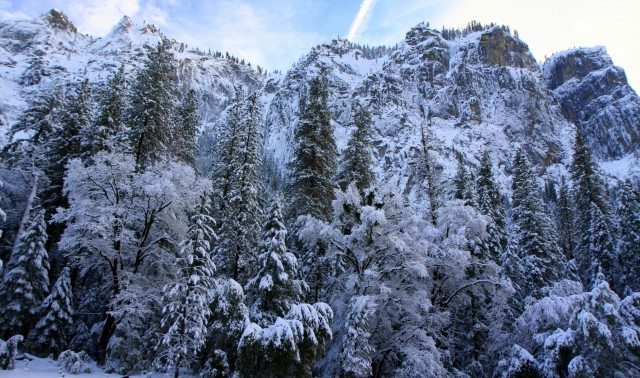 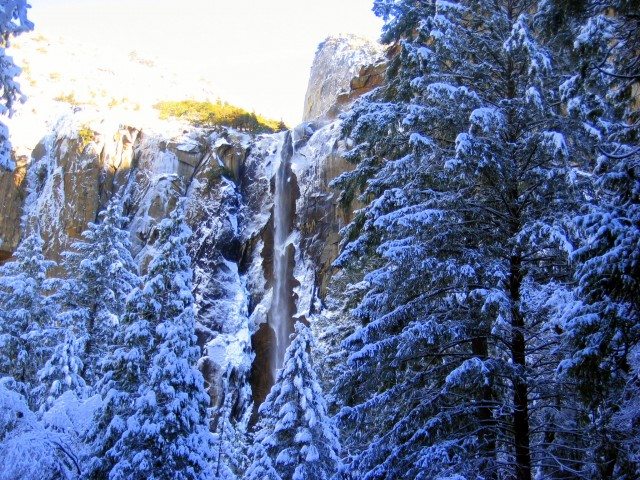 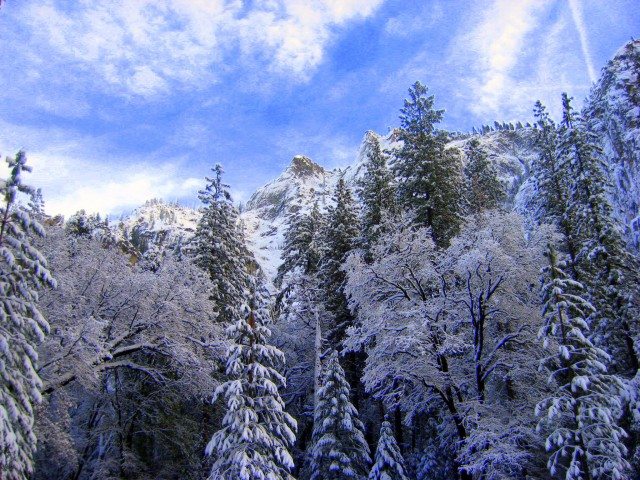 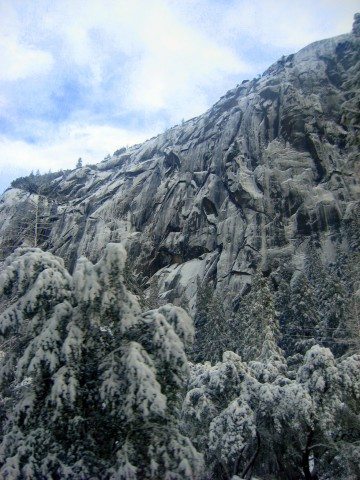 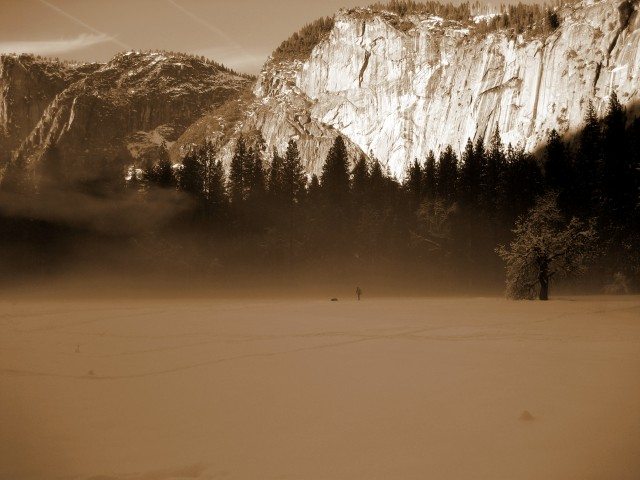 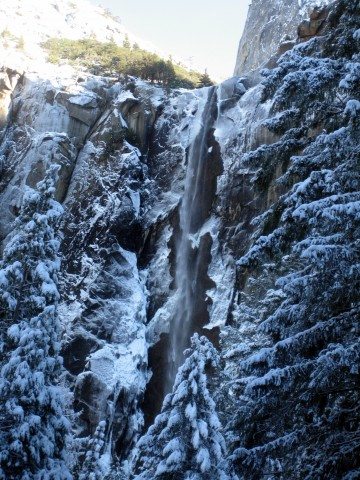 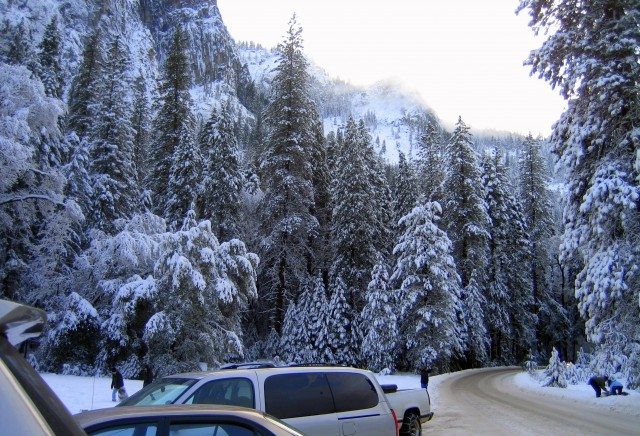