The History of Residency can be traced back to 1774 AD when Nawab Shuauddahula agreed to have a British Resident stationed in Awadh.

Residency was established at Lucknow when the capital of Awadh was shifted from Faizabad to Lucknow in year 1775 AD.

Originally, the site of Residency belongs to Sheikhzads.

Nawab Asafuddaula started the construction of Residency in year 1775 AD for the British Resident & his staff which was completed by Nawab Saadat Ali Khan in 1800 AD. Later it was used by the chief commissioner of Awadh.

Gradually , more building were added as their requirement grew.

Some of the main attraction inside the Residency are :- 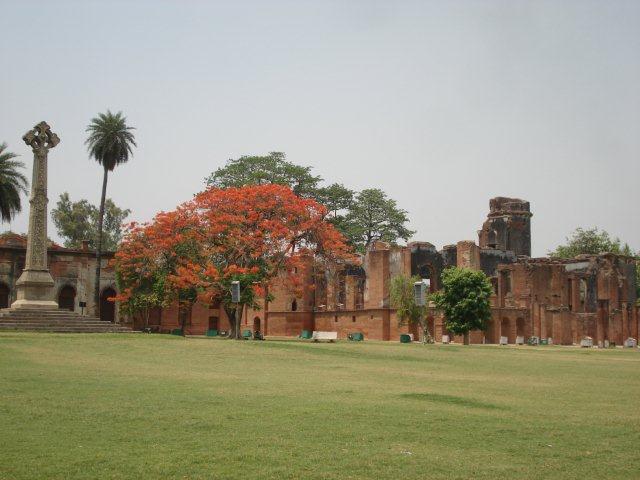 When you enter the premises of the Residency & walk few meters you will come across the Bailley Guard gate which was constructed by Nawab Saadat Ali Khan in honour of John Bailley who become the Resident of Lucknow in the beginning of 19th Century. 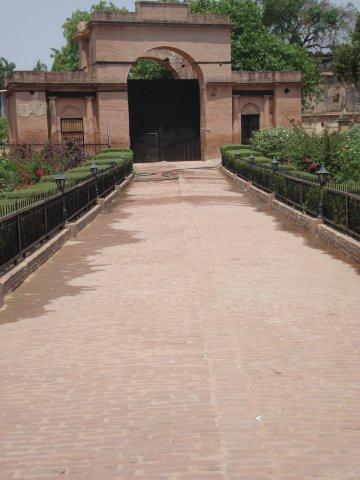 After crossing Bailley Guard Gate , you will find the Treasure House on your right hand side. This building was completed in 1851 AD. During the revolution of 1857 the central part of the building was converted into ordinance factory. 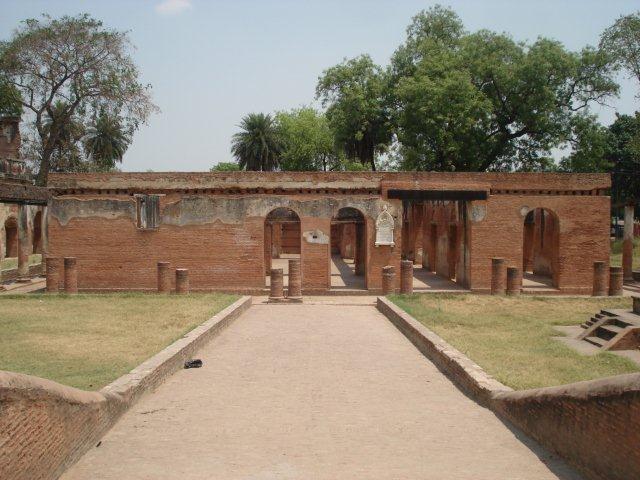 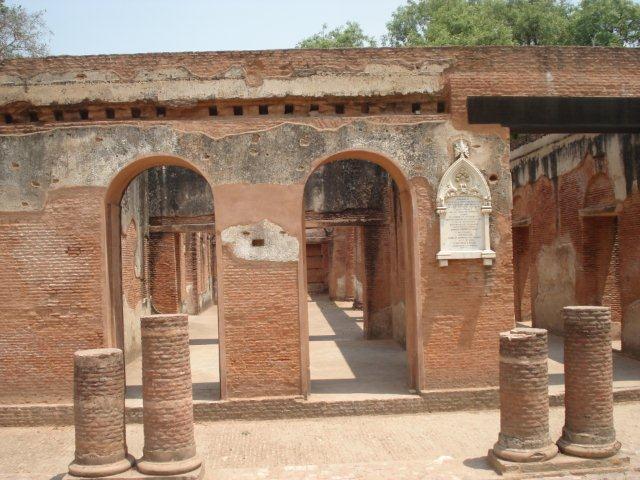 Towards your left hand side Dr. Fayrer’s House is there which was named after Dr. Fayrer who was Residency Surgeon. 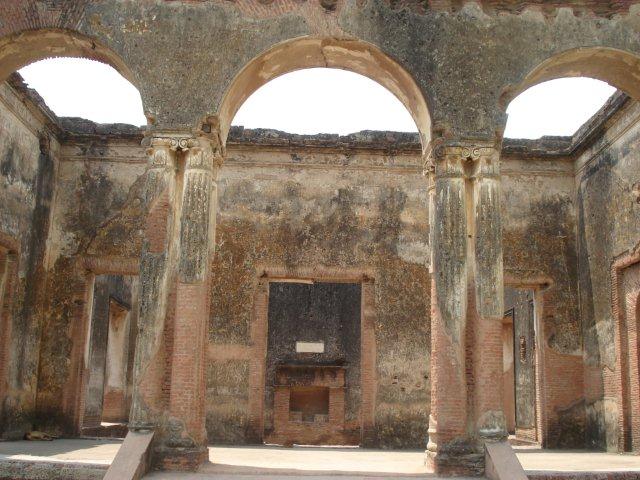 If you move further straight from Bailley Guard Gate one can see the Banqueting Hall which was constructed by Nawab Saadat Ali Khan. 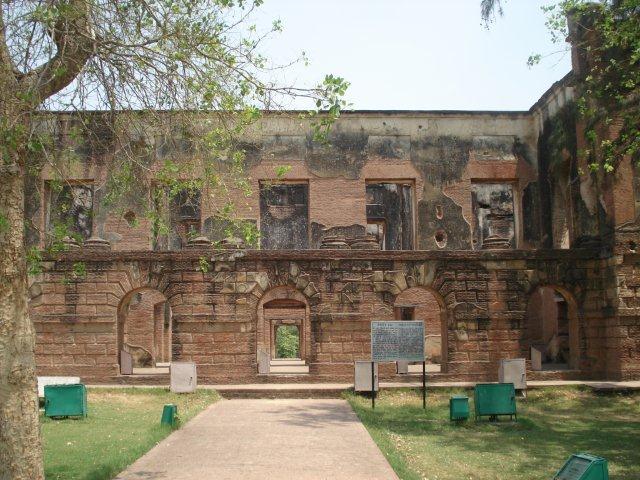 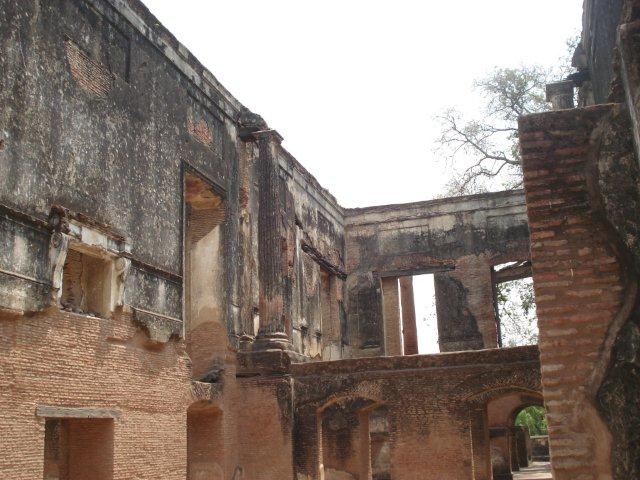 When you cross Fayrer’s house and take a left turn, on yours right hand side you will notice a Imambara & Mosque which is under renovation. 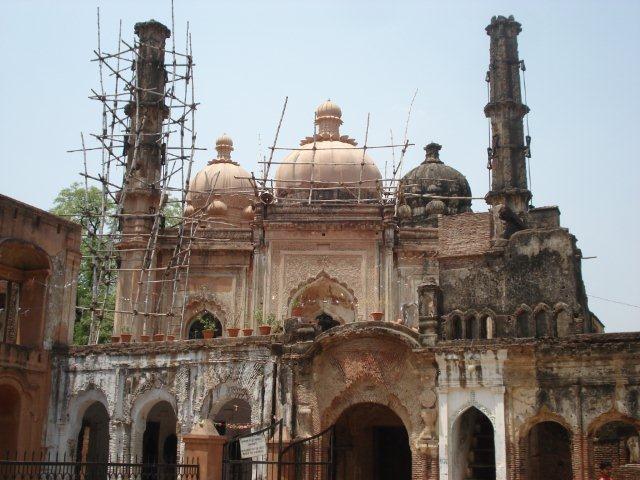 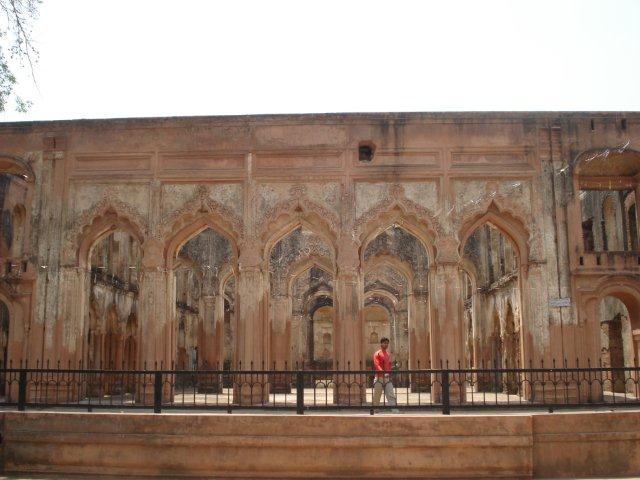 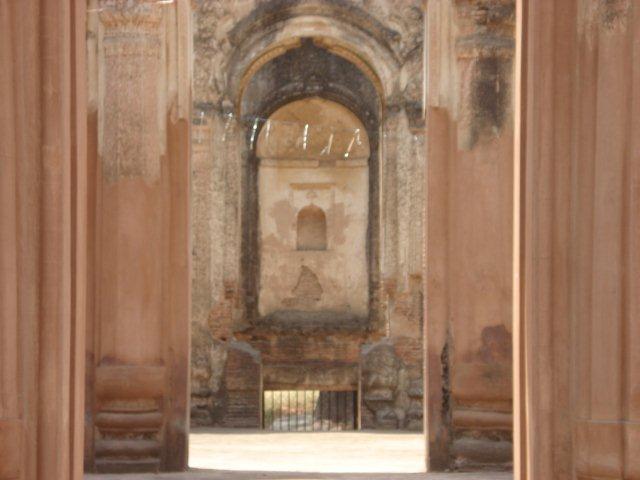 Further Moving ahead Begum Kothi is there and beside it , just on the gate of the kothi there is a Dargah of Kasim Sayyad Shah Baba. Begum Kothi was originally belongs to Nawab Asafud Daula which was sold to some European Businessman , later it was occupied by Vilayalti Mahal Makhdarah Aliya – the Begum of of Nasiruddin Haider. 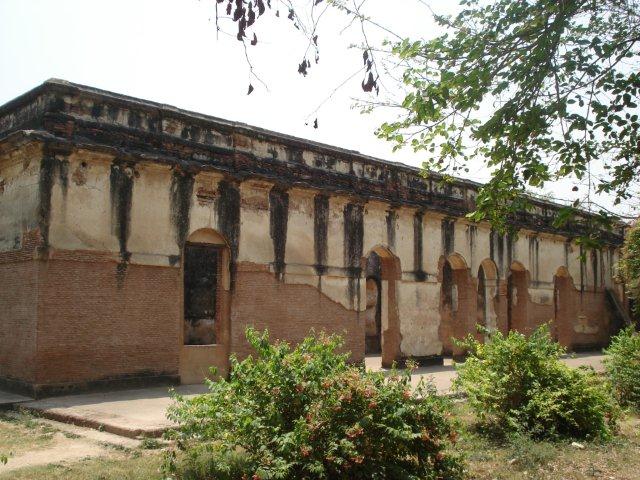 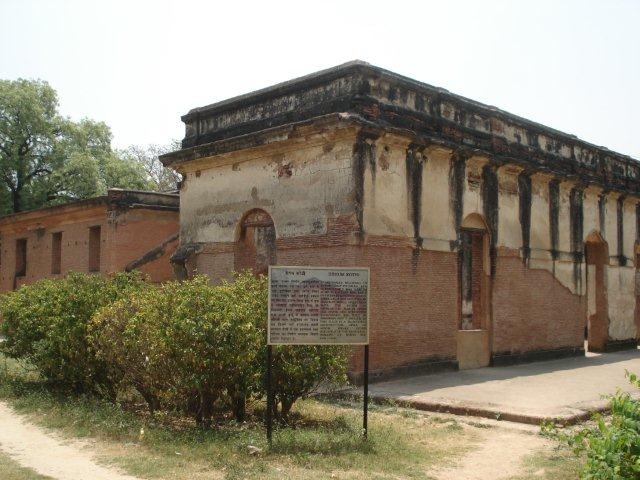 One of the major attraction of Residency is “ 1857 – Memorial Museum Residency” . The Museum is in two floors , Ground floor & Basement. The Museum has a nice collections of Photographs , Lithograph & Painting. Camera , mobile , bags are not allowed inside the Museum , locker facility is there outside the Museum without any charges. 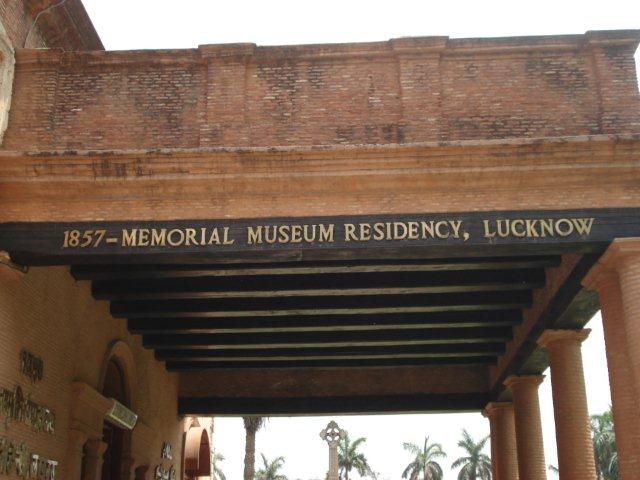 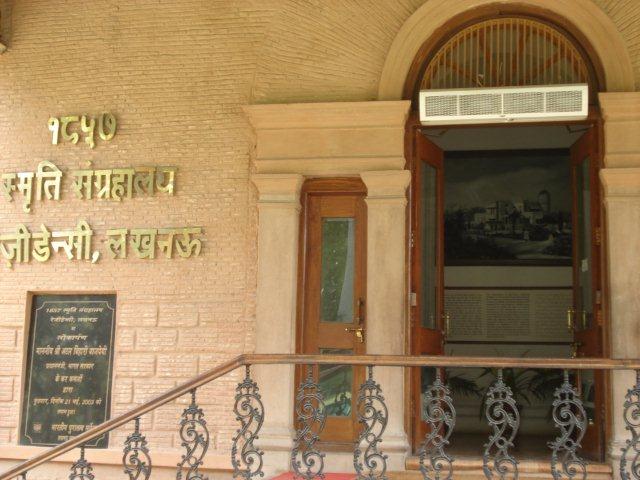 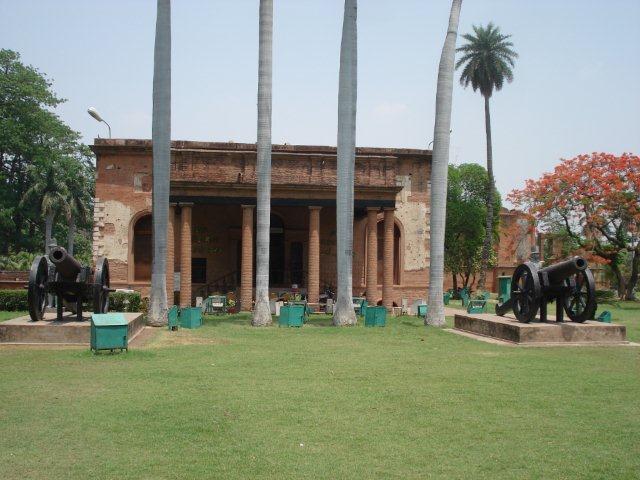 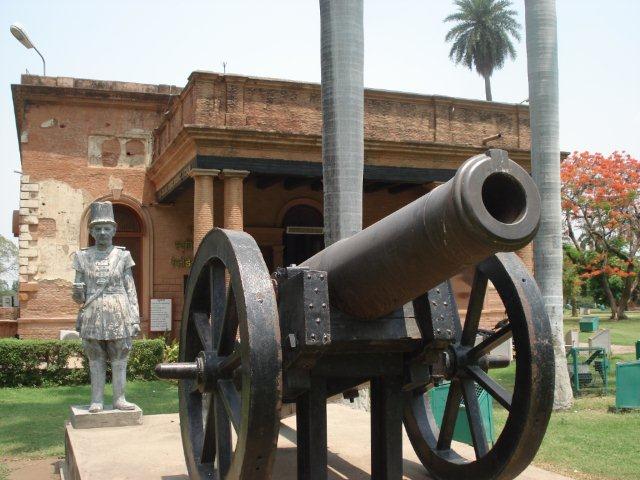 After visiting Museum I moved further & landed on the Main building of Residency. 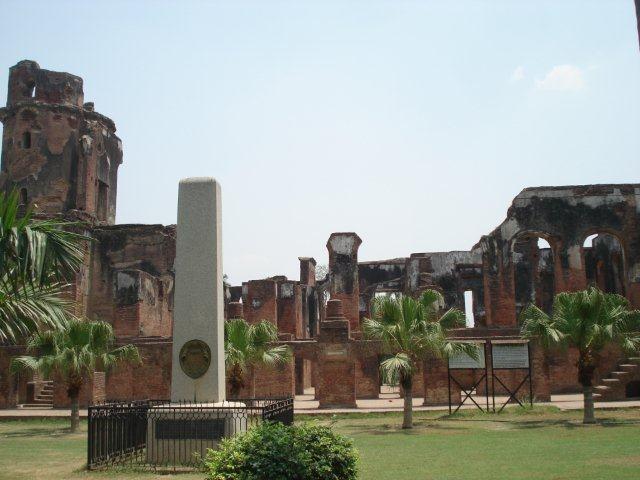 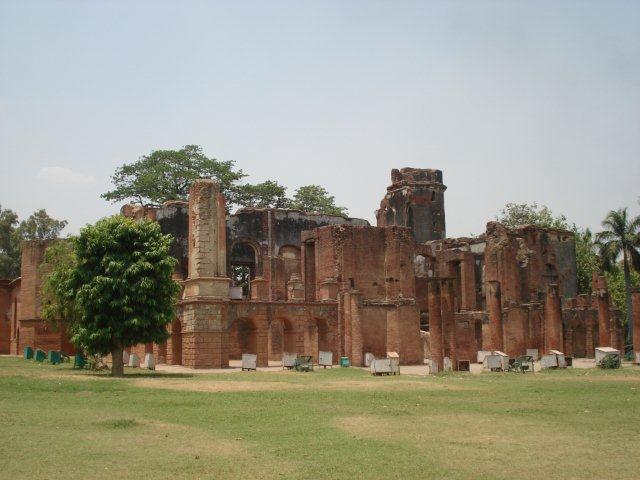 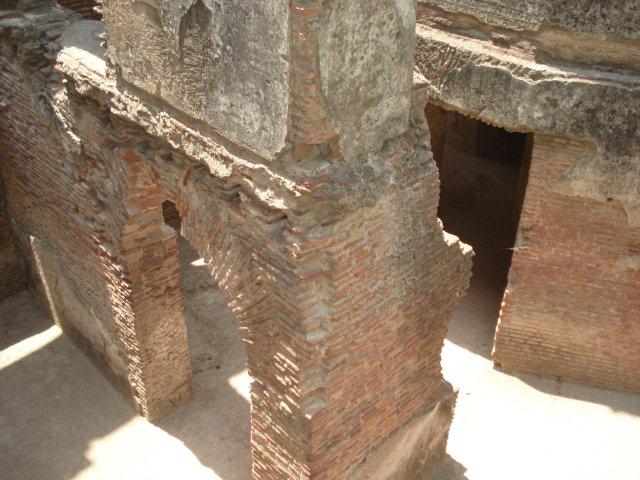 The Lawn was spread in the Residency are well maintain thus look attractive.

Last but not least , some sweets for Ghumakkar friends. 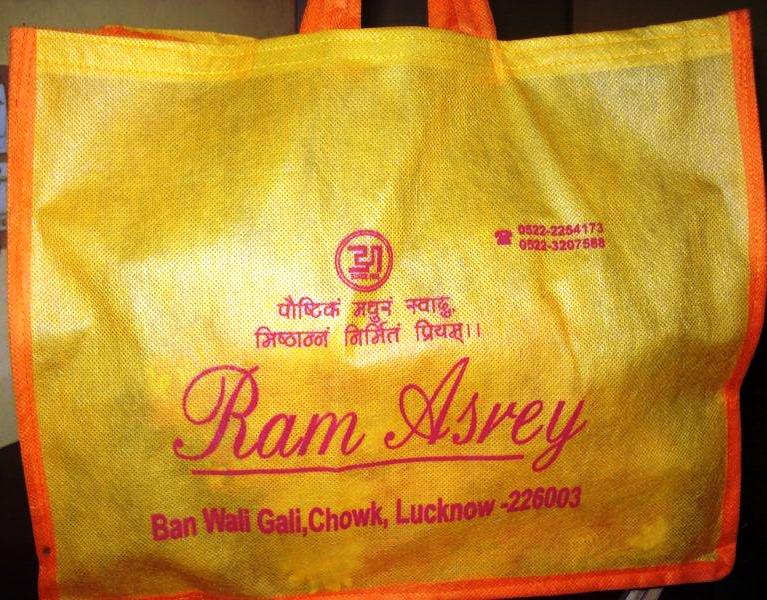 Residency (Lucknow) – A Preserve Monument was last modified: May 21st, 2020 by Mahesh Semwal

Well, I must share that I have travelled on some very lonely stretches; this was proved to be the scariest of all. Completely dark it was, we brothers rode our bikes non-stop in the only source of lights – the bikes’ headlights! This was a typical forest track, and rains made it all the more difficult to negotiate the ride. We stopped several times to check the signal of the phone – no respite. What made us ride ahead in this pitch dark jungle located upon the mounts in the dead of rainy night was the my belief/experience – people in hills don’t lie! After all, the guard had said that the forest track would end in 13kms and route to Dhaulchhina would emerge!

Bang on right he was! Just as my bike’s meter clocked 13kms, we came out to a neat tarmac. By now, we were completely drenched and shivering. And it didn’t help that there weren’t any signage that could guide us to either left or right. Fortunately, mobile phone’s signals were back and we called the Camp to locate the address.

30minutes later, amidst heavy rains, we arrived at Dhaulchhina, a hamlet where Binsar Eco Camp was located above a hillock.