Today was our 15th and second-last day in England. Our plan for the day was to be at the beach in the morning, then go to see the Spinnaker Tower in Gunwharf Quay in the afternoon, and finally take our Coach back to London (we’re in Portsmouth, remember?) 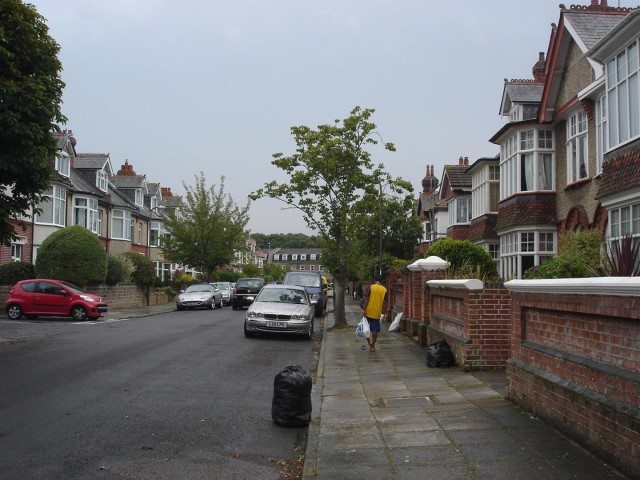 Off to the beach

We got up at around 9:30am and went downstairs for breakfast. We ate leftovers from the previous night’s pizza dinner and generally sat around and chatted. Around 10:15 am Mausa ji and Renu ji left to get some work done, so mom and I decided to go to the beach. It was quite cloudy outside, and it may not have been the ideal beach-y weather, but since this was our second-last day in Portsmouth/ London/ Europe, we decided to go anyway. 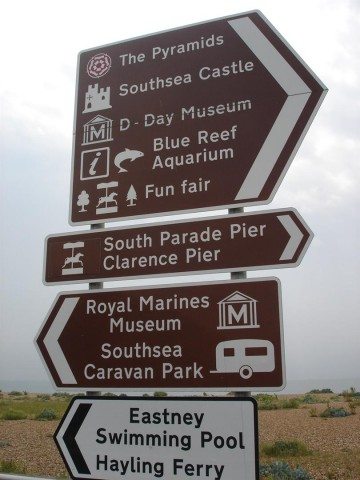 So much to do

As I had mentioned earlier, it was a short walk to the beach, and since I was sprinting to get to the water, it took me just about 20 seconds from the house to the beach. I ran straight to the water, but the moment I set foot in it I knew I was in for a not-so-nice surprise — the water was F-R-E-E-Z-I-N-G. 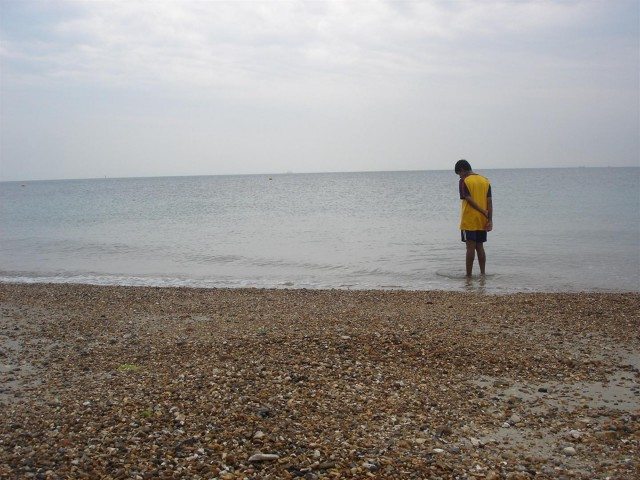 But they all look alike...

I put my foot in the water, and it came bouncing back out. The water was just too cold. We hung around at the beach for about 20 more minutes, contemplating whether to get into the water or not, but we finally decided against it when we saw lightening and raindrops.

We got back by 10:40 am, and I decided to take a quick hot shower. Post my shower I went downstairs and plonked myself in front of the TV and for the next one and a half hours I was engrossed in an Arsenal vs. Manchester United match from the early 90s. 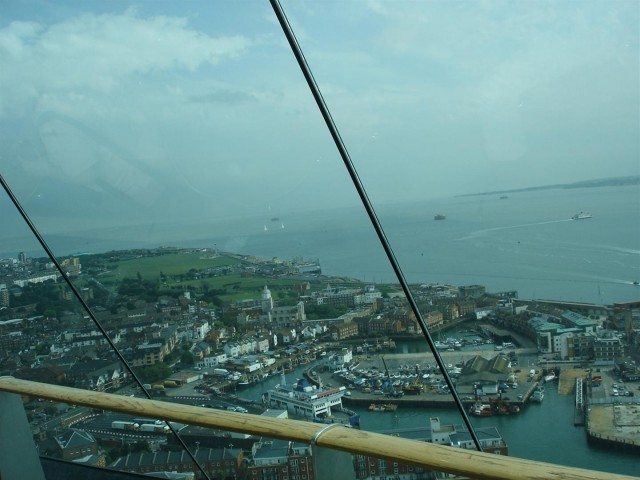 View from the Top 1

Around 12 noon, Mausa ji came to pick us up to take us to Spinnaker Tower. We all hopped in the car and headed to Gunwharf Quays.
The Spinnaker Tower is situated right on the edge of Portsmouth Harbour. It was originally called the Millennium Tower as it was conceived to celebrate the move into the new Millennium, in the year 2000. It is higher than the London Eye and Big Ben, and is the tallest publicly accessible structure in the UK. The tower represents sails billowing in the wind, and has three observation platforms and a glass floor on one of them. 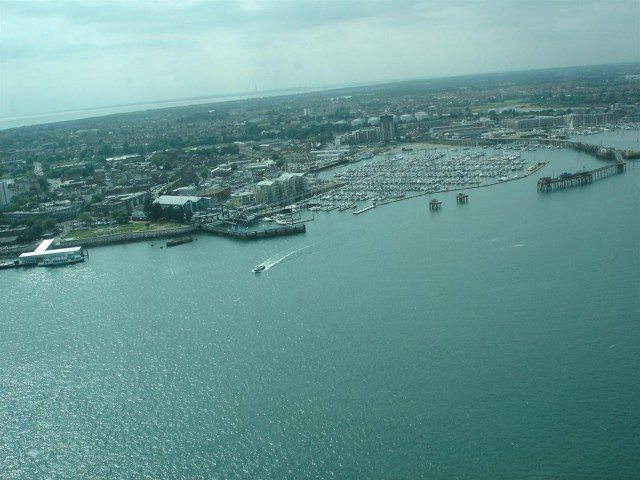 View from the Top 2

We bought our little tickets and headed up the tower. The tickets were around 8 Pounds each. There was a lift that took us to the top. One of the Spinnaker Tower staff members escorted us up, and told us about the Tower and how magnificent the view was. He said most people are a little sceptical about stepping onto the glass floor, but encouraged us to try it. 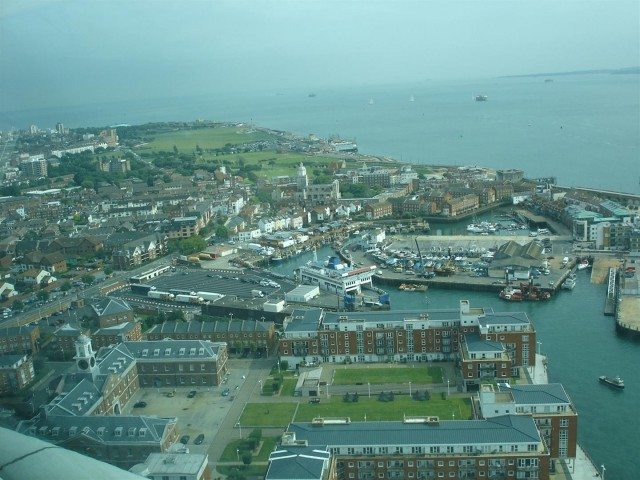 View from the Top 3 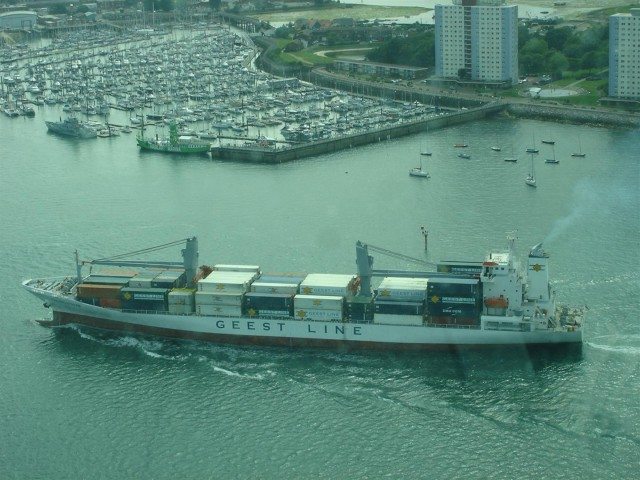 View from the Top 4

The view was, in fact, quite magnificent. We could see a long-long way from there, and I wondered if I could get my hands on a telescope, I could probably see France from there. The view was quite breathtaking, and everything looked like little Lego toys from up there. I think I could even see the house. 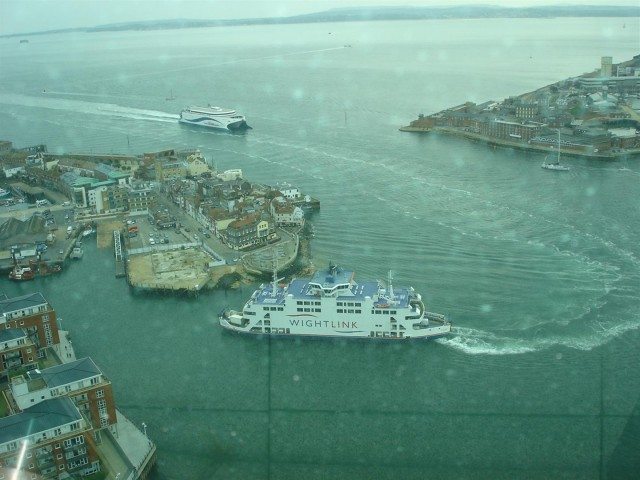 View from the Top 5 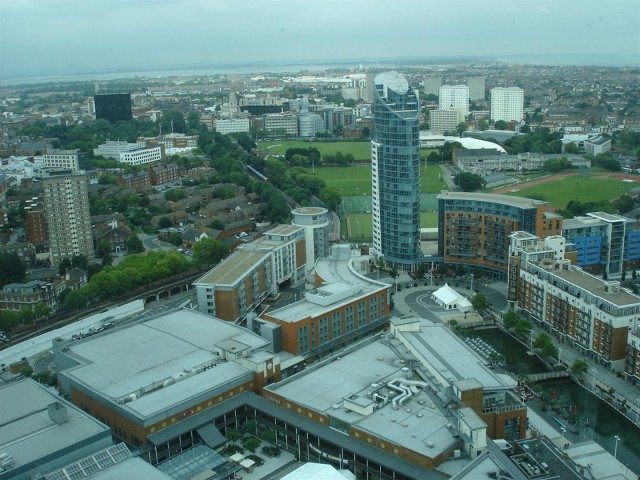 View from the Top 6

In the centre of the room, there was this area which had a glass floor, on which you could step and generally hang around on. There was a sign asking people to take off their shoes if they wanted to step on the glass, which we did and got on the floor. 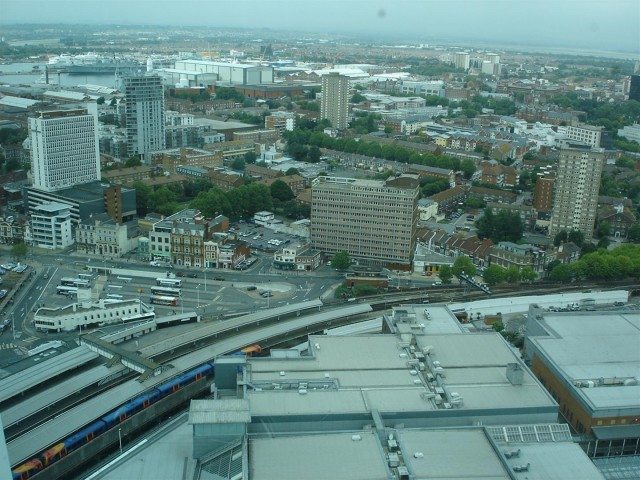 View from the Top 7

Finally, after spending about 40 minutes there, we headed down for lunch. There was a little cafe there, where we drank coffee and munched on sandwiches. Post the lunch, we went straight to the Coach station, and got on our Coach back to London. I slept for most of the ride and upon getting off at London, we went to the Victoria Tube station to start our journey to Hornchurch. We reached home in about an hour, and I was extremely tired by then, so I skipped re-runs and went to bed, while mom got around to packing, bringing an end to Day 15 London 2011. 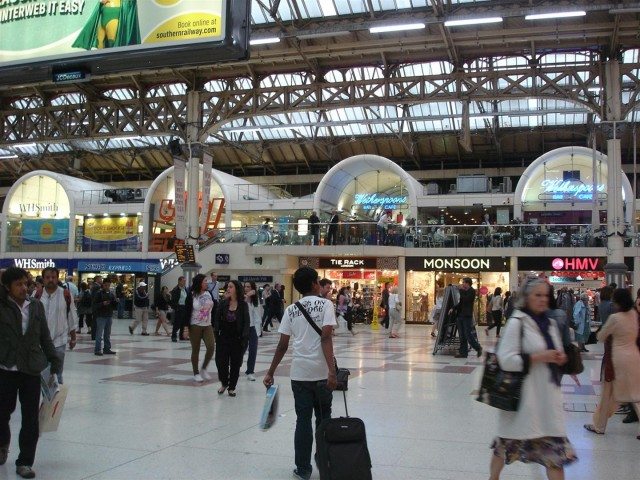