In 2010 we had been to Yamnotri & Gangotri along with my sister’s family and that time only we decided that next year we would visit Kedarnath & Badrinath. But due to some health problem it was not materialised.

But in June 2012 we were fortunate to plan the visit to Kedarnath & Badrinath with my sister’s family who also dropped their plan to visit Kedarnath & Badrinath because of us. This time my younger brother’s family and my parents also joined us. So a big group of 13 members was ready to visit. We booked 13 seater Tempo traveller @ ₹ 6000/- per day for five days from Dehradun.

Around 7.30 we reached Rishekesh .After completing some paper formality at transport office for our commercial vehicle for char dham yatra we left around 8.00 AM from there to our destination.

Rishikesh is surrounded by Shivalik ranges on three sides and also known as gateway of Himalaya. The place gets its name after lord Vishnu, who is also known as Hrishik & ish means master of God. Harishik & ish join together made “ Harishikesh “

Kedarnath is around 270 Kms from Dehradun including 14 kms trekking from Gori Kund. On the way we crossed Muni ki Raiti which is around 03 kms from Rishikesh . From Muni ki Raiti the road is divided into three ways. Left road goes to New Tehari via Narendranagar, right road heads towards Neelkanth & straight road goes to Devprayag – Kedarnath / Badrinath.

On the way one can see colourful rafts on Jeeps moving towards Shivpuri / Byasi . We stopped at “Byasi” for our breakfast which is 32 kms away from Rishikesh. 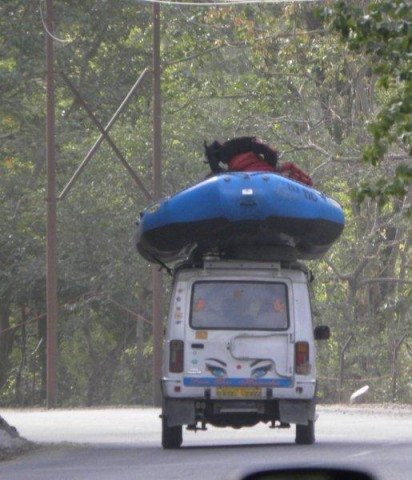 Byasi is popular destination for adventure sports like rafting, rappelling, rock climbing etc.
After having our Breakfast we started our further journey, after 35 kms from Byasi we reached Devprayag.

Devprayag is one of the “Panch Prayag” where Bhagirathi from Gangotri & Alaknanda from Kedarnath meet and form “GANGA”. It is the birth place of Ganga. We captured few pictures of the sangam of two rivers from the road only and moved further. 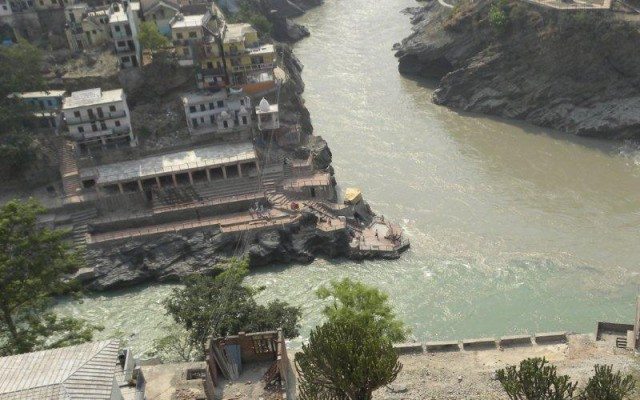 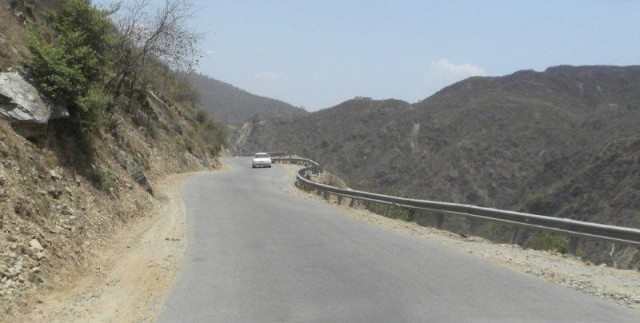 After 35 kms we reached Srinagar. It is one of the biggest towns situated in the foothills of majestic Himalayas and on the banks of Alaknanda River set up the historic town of Srinagar. 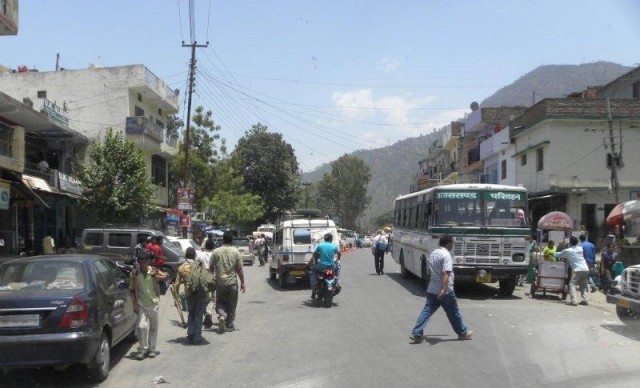 From Srinagar a road branches off to Pauri and Kotdwar. It has been the capital of Garhwal kingdom until the arrival of British. The modern Srinagar was established by British in 1857 -99 by E.K. Pauw – Deputy Commissioner.

Srinagar got urban status in 1931 & it is the home of Garhwal University which is known as Hemwanti Bahuguna University also. 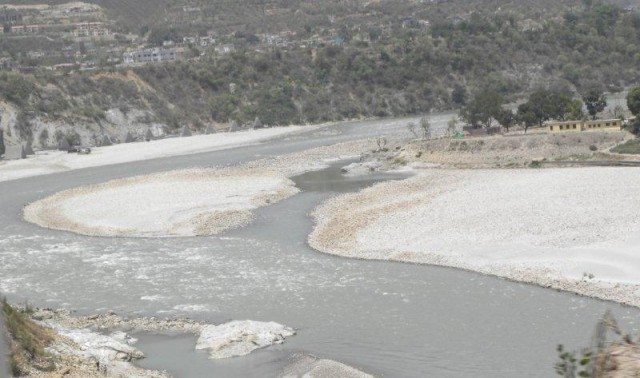 On the way to Srinagar we saw a broken bridge which was built recently across Alaknanda and damaged too during construction. Six labourers die during that time thereafter the construction was not restarted. 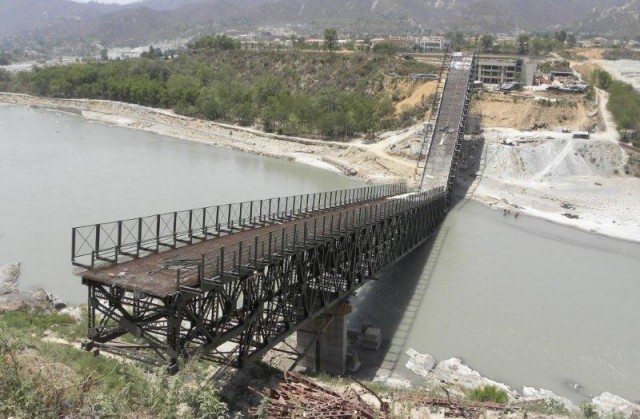 We all were enjoying our journey in our own ways as some were busy in clicking pictures of the natural beauty of Uttrakhand , some were sleeping as we got up early in the morning & kids were busy in singing and playing cards.

Dhari devi temple on the way 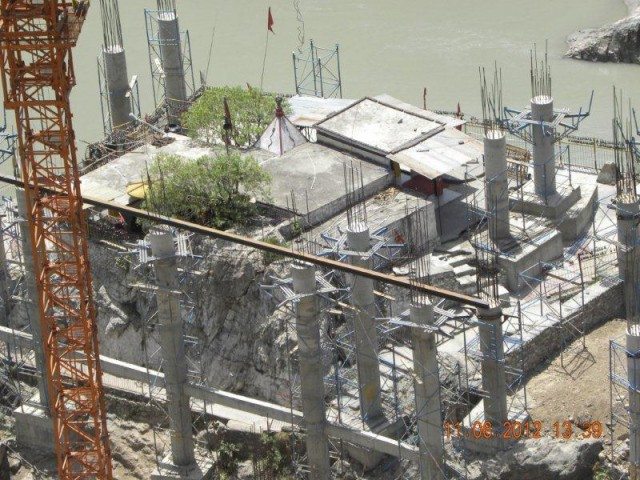 Raising the Dhari devi temple on pillars to prevent it from sinking because of the construction of the Dam.

It was around 3.00 or 3.30 pm , we started feeling hungry so we stopped at a restaurant, had our lunch which was ok sort of in taste and proceeded further. After sometime we reached “Agastmuni” 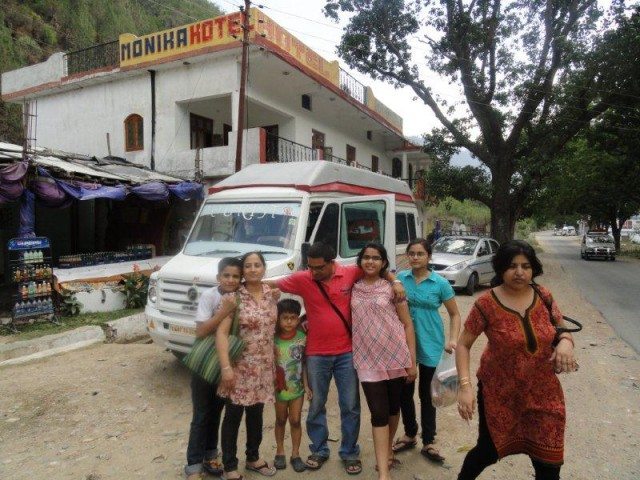 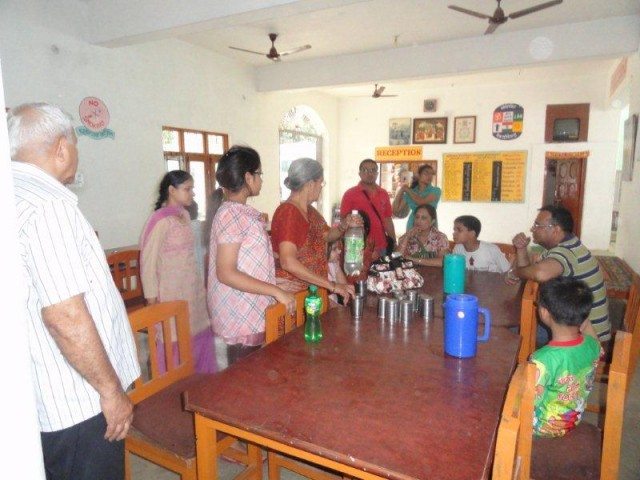 Agastmuni is situated at the height of 1000 meters above the sea level. Rishi Agadya meditated here. It is famous for Agasteshwar Mahadev temple. A large fair is organised on the day of Baisakhsi every year.

About 15 kms ahead we reached Kund , from here right road goes to Ukhimat – Chopta – Badrinath . We took this road while coming back from Kedarnath for our Badrinath visit. Ukhimat – Chopta road is full of scenic beauty and has breath-taking views. I will write in detail about it in my coming post.

After 5 kms we reached Guptkashi which is situated at the height of 1320 meters above the sea level. It is believed that after Mahabharat , Pandavas wanted to meet Shiva and seek his blessing but Shiva didn’t want to meet and evaded from Guptkashi to Kedarnath,where pandavass met them later.

On the way we crossed Nala, a place where goddess durga is worshipped in the form of Lalita Devi & than reached Phata. Phata is a place where one can have the helicopter visit to Kedarnath . 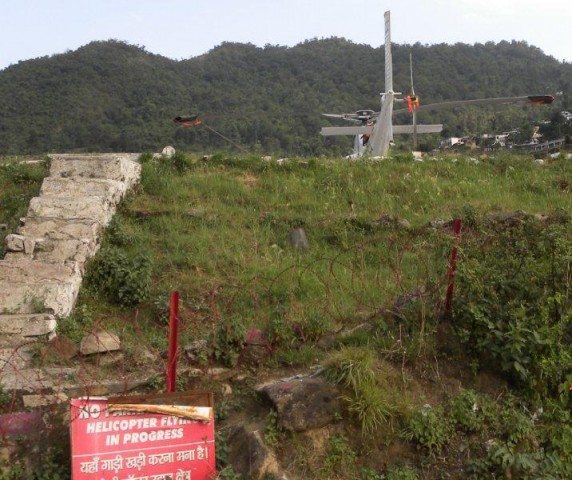 On the way to Kedarnath we crossed through Sonprayag where Basuki river & Mandakani river meet. Because of the Gate system (which allows only one side traffic at one time) , we got stuck almost for one hour there in traffic jam.

Finally we reached our destination Gaurikund at 8 pm.Gaurikund is about 255 kms from Dehradun and 5 kms from Sonprayag.

We checked in a hotel ( don’t expect any luxury here). All the hotels have same charges , charges during the season is around ₹ 500/- and during off season around ₹ 100/-.

Gauri Kund is the place where Goddess parvati meditated to attain Lord Shiva.

Immediately after check –in we went out for dinner so that we could have a sound sleep and gear up for our further journey which we had to start by 5.00 AM next day.

On the way to Kedarnath was last modified: May 10th, 2021 by Mahesh Semwal

You are covered by Mountains on either side and from front Gangotri Glacier. We spent close to 1 hrs. at Gaumukh.After taking chilly holy dip at Gaumukh we decided to return. On this stretch, returning too is tough because for many kms. You have to walk on pointed heavy stones.