My family friends were talking of traveling to some good places in March (last month.) They decided to go to Mukteshwar after considering several other places. They were doubtful whether I will be able to go with them. I emphatically told I will go with them, at my age of 83 years.

Mukteshwar is unpolluted and its sky is very clear and the ride up the winding way up is full of mesmerizing scenery all around. What you find is the sight of trees like Oak, Pine, Deodar and numerous other plants and trees which I have not seen elsewhere, with beautiful Flowers of white, red, yellow and blue. In addition the Chirping of birds and the voices of monkeys and the sights of small streams are pleasant indeed. I was really fascinated by the innumerable red flowering plants along with other colorful of plants. Intermittently some monkeys and other mountain animals also could be seen 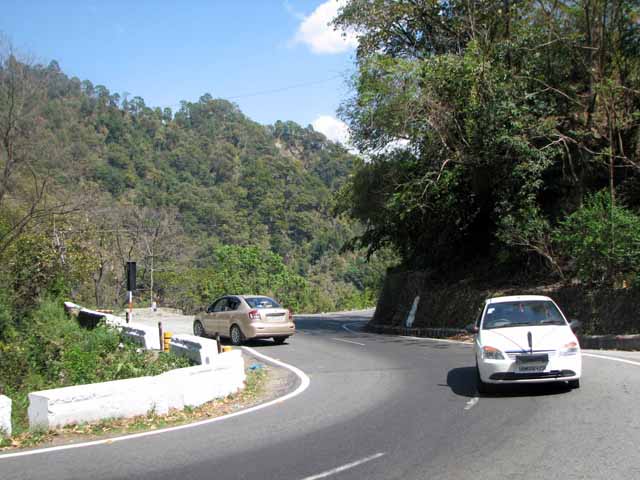 Since Mukteshwar is located at an average elevation of 2,171 meters (7,123 feet), it is free from the dust and din of the plains. As the land is very steep it is difficult to produce crops like wheat and sugar cane but they produce potatoes on contoured plots. I have seen hilly places in Kerala’s High ranges but not as steep as here. While you see Tropical forests in Kerala you find mostly coniferous trees here.

Mukteshwar has a subtropical highland climate. The seasons are similar to that in other parts of northern India, with distinct summer, monsoon and winter seasons. However, due to its high elevation, Mukteshwar do not have the intense heat of lower-lying towns and cities. Summers are warm with moderate rainfall. Monsoon season is slightly cooler and features much heavier rain. Winters are too cold I was told that 3 feet of ice fall on the ground in winter.
I was fascinated to see the Very clear sky at night and could see innumerous stars which you can never see in any other place now. In my child hood I used look up the sky and was marveled at the Stars and moon in the sky. I could see such a spectacle only at Mukteshwar. This shows the pollution level in the plains now. 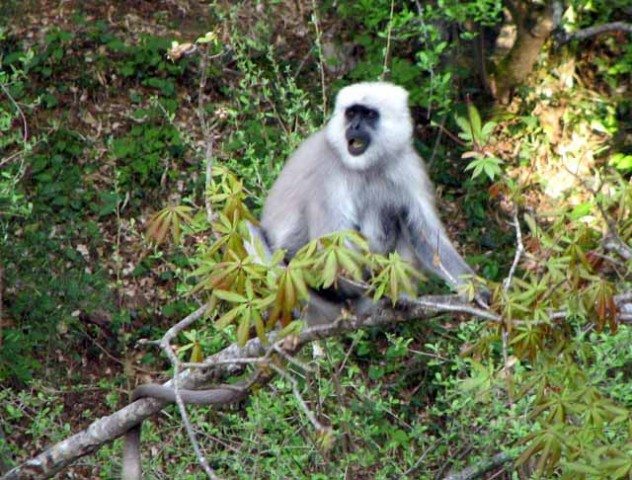 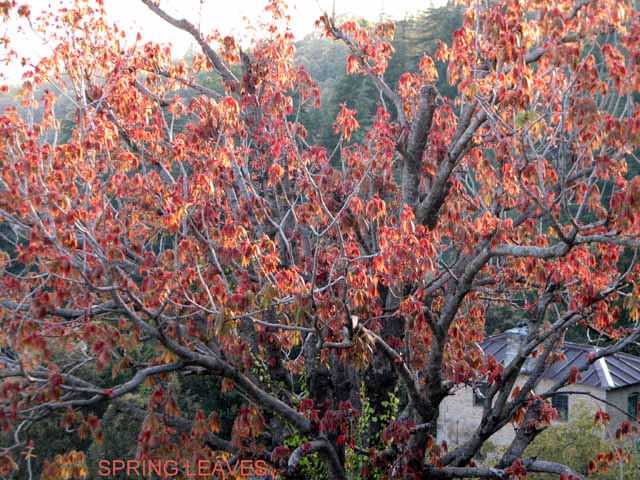 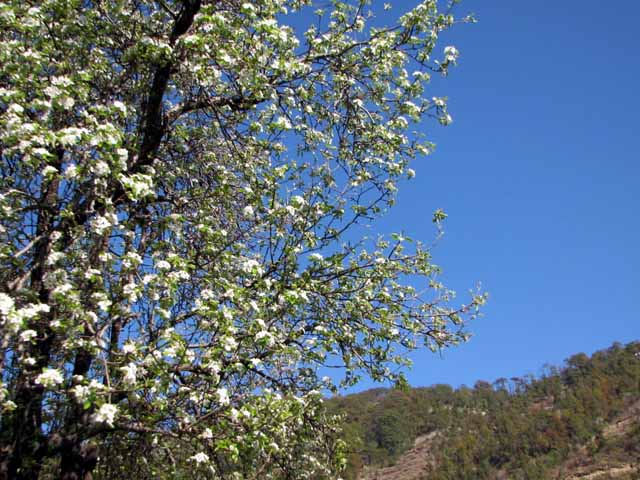 Mukteshwar is 310 K M from Delhi a ride of about 6 hrs by car. We three families started by cars. The ride through U P was very fast almost 120 km per hour. It was fascinating to see Wheat fields and Sugar cane fields and new Buildings on both sides of the Highway. We had arranged sufficient food on our onward journey in the car itself. So there was no problem in getting good clean food along the way up.

After reaching Haldwani in Uttarkhand the climb up the winding road starts. And the spell- bounding scenery started with Beautiful flowers, flora and fauna, including Oak, Pine and deodars and many other medicinal plants all the way. I took a lot of Pictures and Videos from the car itself. After noon we reach Mukteshwar at 2285 Meters above sea level. It was 8 degree c there but in winter we were told that 3 ft of Snow can be seen everywhere. We could not see much wild life except some birds and the Langur the black faced monkeys. The Common LANGUR The long limbed, long tailed, black faced monkey of the Himalayas, heavily whiskered and coated with pale grey fur. Highly arboreal, shy and wary and Very agile, they have the ability to achieve stupendous and precise leaps among the uppermost branches of the tallest trees. A favorite prey of the leopard, the languor Troup sets out scouts which warn them of any leopard approaching. Our children were very much fascinated by these Langurs jumping wildly from trees to trees. 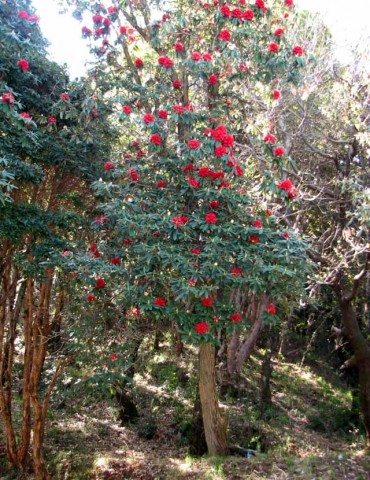 We walked to the rocky path to the top point in the evening there we could see the Shiva Temple. There is a Rock with a hole and it is believed if barren women enter this hole they will have children. It was a thrilling experience at the temple and the nearby Suicide point where we stayed quite some time seeing the Sun set and the moon rise and the chirping of birds of different kinds. 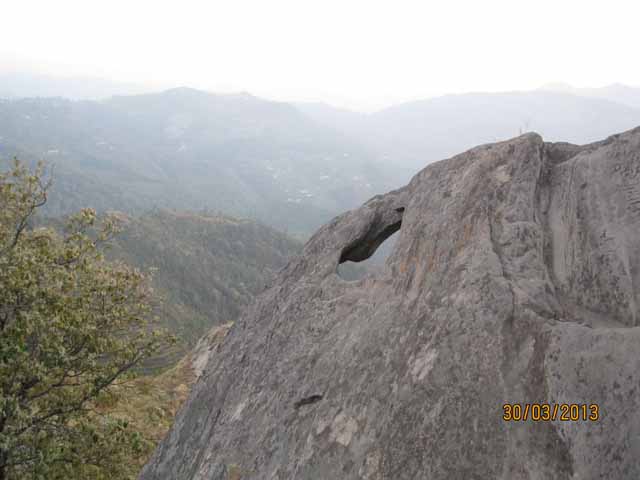 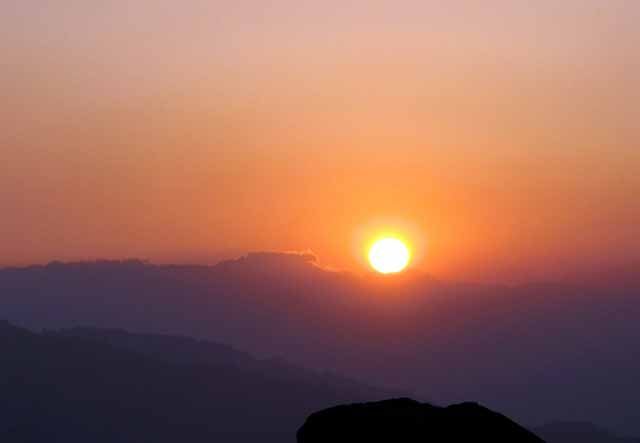 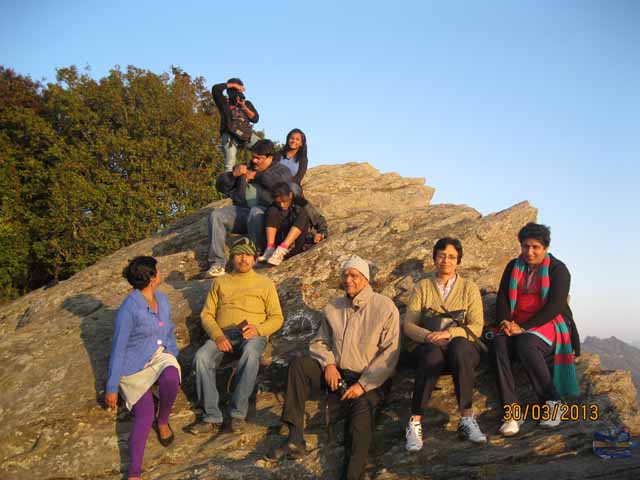 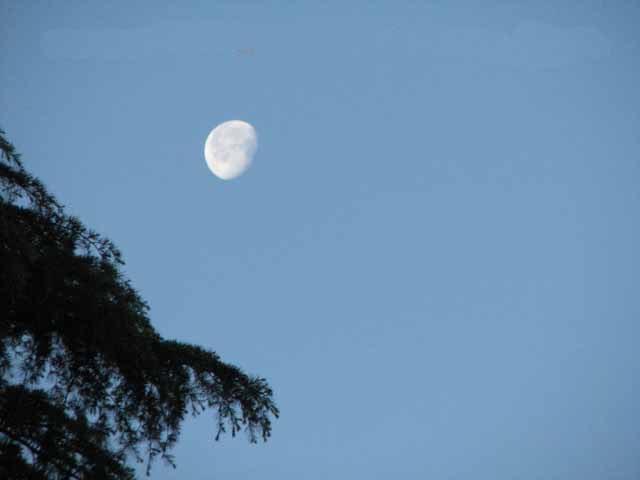 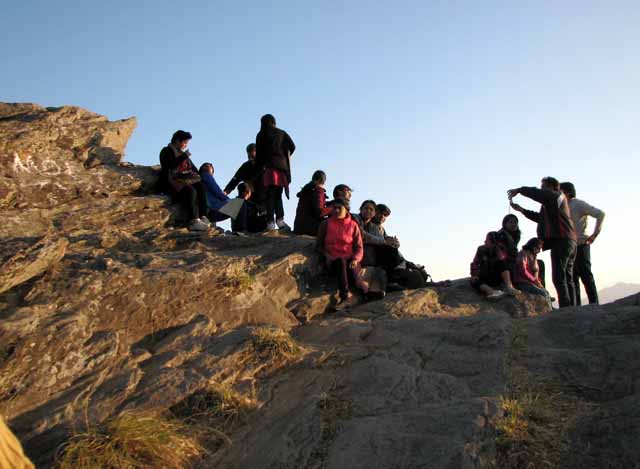 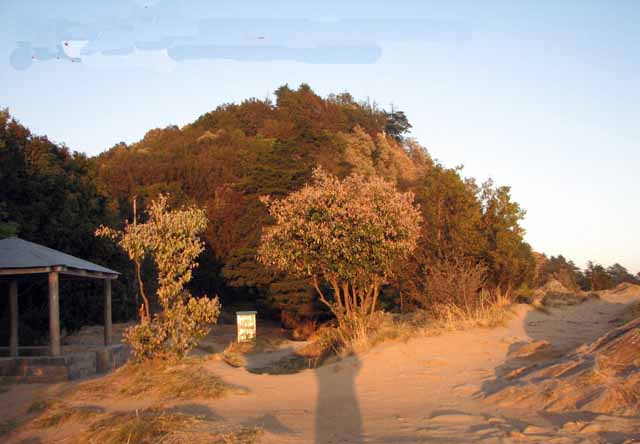 A sort of Red flowering plants could be seen all over. The red flowers seen is Brass/Buransh is the Pahari/Hindi name of Rhododendron Arborium. Its Juice is said to be good for reducing Cholesterol. The Oils extracted is good for Skin. There are hundreds of such medicinal plants here. This plant is seen all along the way up mingled with other flowers of different kinds. These preparations are available at Haldwani but not on top of the hills. 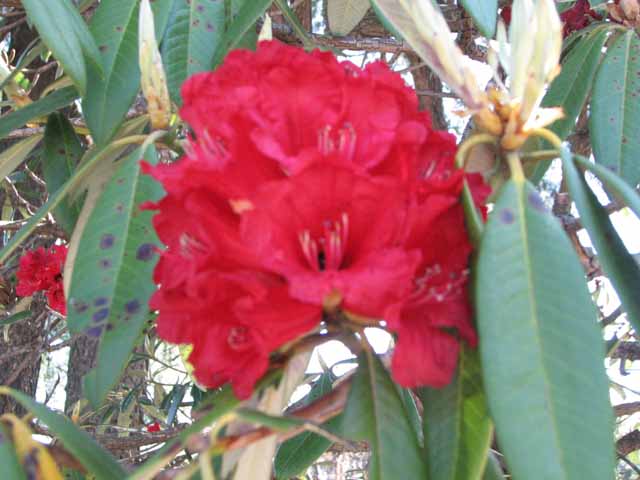 The top of the mountain on which Mukteshwar Temple is stood affords astounding views of the imposing Himalayan range in good time in the morning. In the morning we saw the Himalayas that is 2000 km from the place as the sun rise and when the sky was very clear. We were lucky to see it and took the Photos. 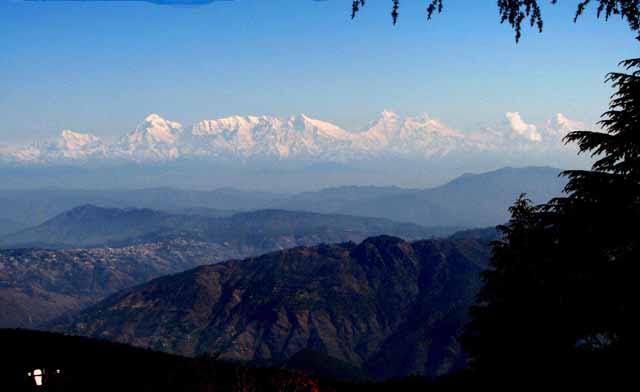 The whole area is steep hills and I wonder how people live in such places. Actually I was there on Easter day. The Methodist Church there was a small one, a walk of five minutes down the hill from the road. The priest parked his car and walked down. I could see my friends going down to the church but did not dare to go down for fear of falling down to almost 1000 feet below. 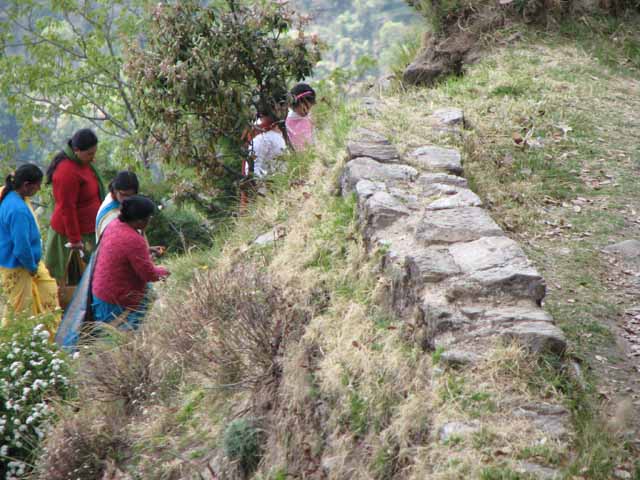 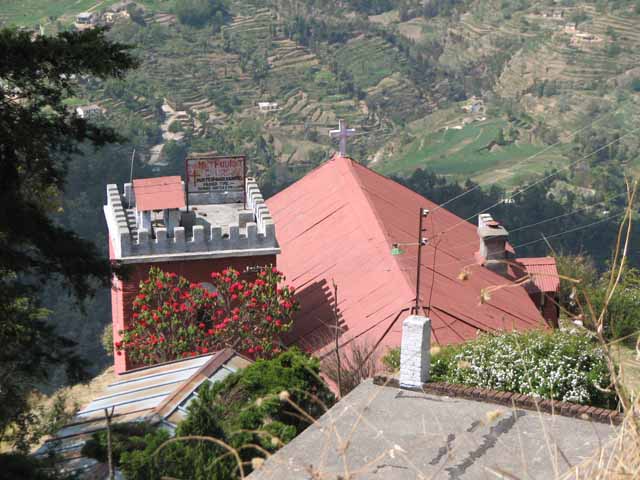 After the service we all started back home. Had a nice journey for future memory.