Kargil on the bank of Suru River

Perhaps no one better than the people of Kargil had experienced and witnessed the thin line that divides war and peace. Kargil came into prominence during May 1999 also among the non travellers because the former Pakistani President General Mussharraf had adventured this place with his men and machine. Life in this small town during the war was a deadly affair due to shelling on it from the nearest mountain ranges belonging to Pakistan, courtesy the wild desire of General Mussharraf.

But that war is not the sole identity of Kargil. It was famous even before- famous for centuries among the silk route traders. This land was a transit point of the traders and caravans on their way from Kashmir and Punjab through Leh to China, Tibet and Yarken. The trade route though was closed many decades ago but the place has not yet lost its importance. Even today the travellers choose this small town as their favourite and most convenient place for night stay while going to Leh from Srinagar or when returning from Leh to Srinagar.

We were travelling to Kargil from Sonamarg. Enroute, we passed through the treacherous mountain pass Zojila and the second coldest inhabitat place in the world- Drass. Kargil is about 60 Kms from Drass. We crossed beautiful pasture grounds and Majestic Mountain peaks on the way from Drass.

The landscape started changing soon after we left the Drass village behind. Now the brown coloured barren mountains replaced green pastures and the mesmerizing journey by the side of Suru River continued to Kargil. 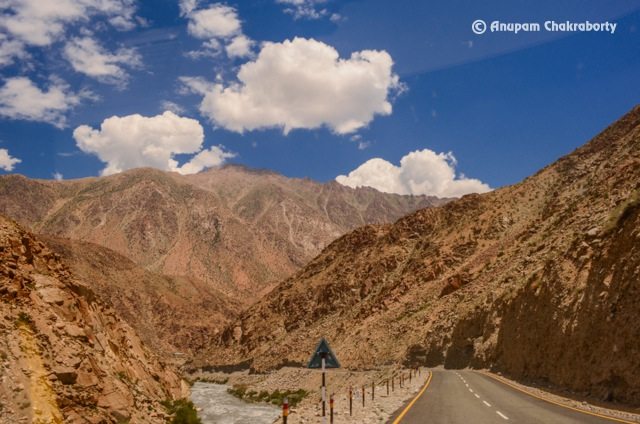 The Road to Kargil 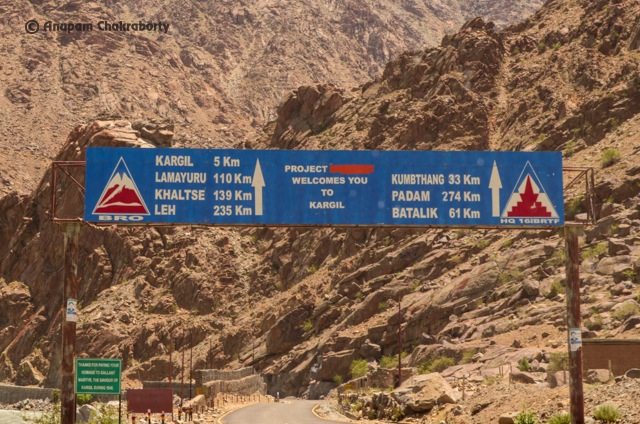 We were pretty much on schedule of our targeted arrival time at Kargil. A sign board was indicating our position 5 Kms before Kargil town when we noticed a rock wall on our left standing tall guarding the road from Pakistani shelling.

We reached Kargil at around 12.30 PM. Located on the bank of Suru River which flows at around 10,000 feet high, Kargil, the beautiful valley, is about 204 kilometers to the east of Srinagar and 234 kilometers to west of Leh. Kargil town is inhabited by Muslims of Shia sect and is the largest city situated on the banks of the Suru River. It is also the second largest city in the Ladakh region after Leh.

At the reception table of our Hotel Siachen at Kargil I was told about LOC view point and Munshi Aziz Bhat’s Museum. I was keen to know more about those places and the guide standing nearby was more than happy to elaborate me. Outcome of his effort was that he added to his earnings for that day and we found places in Kargil to wander around. We also had to hire a local taxi for seeing the above points, as in Kargil, only Kargil registered tourist taxis are allowed for local sight-seeing and we were travelling on a Leh registered Innova.

The Line of Control (i.e. the de facto border between India and Pakistan) is very near to the north of this town and one can visit to see from distant Pakistani village on the other side of LOC. We started our journey towards the LOC view point at around 6 in the evening under broad day light as days are long here. We moved through a narrow tar road which had many bends and curves keeping the river Suru on our left far below. We noticed gardens of apricot and a village on the bank of Suru River. Across the river we saw an army helipad. 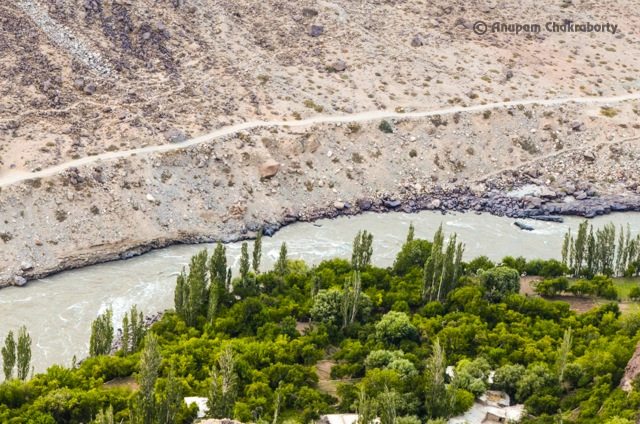 A village on the bank of Suru River

Helipad across the Suru River

The road had less or almost no traffic movement and it was on stiff gradient having no barrier or railings on the river side. We passed through many bends and curves and reached the place where we could see no sign board showing it a view point.

On the way to LOC view point 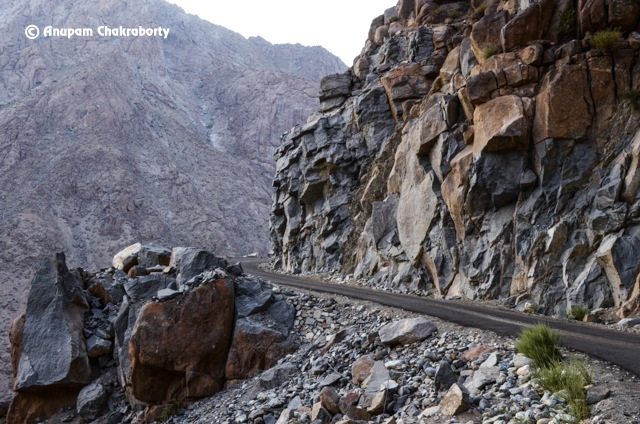 However from there, far at distance we could see an inhabited village on the base of mountains which falls within the territory of Pakistan. At our right on Indian territory we saw white colour Indian Army camps perched on high mountains. 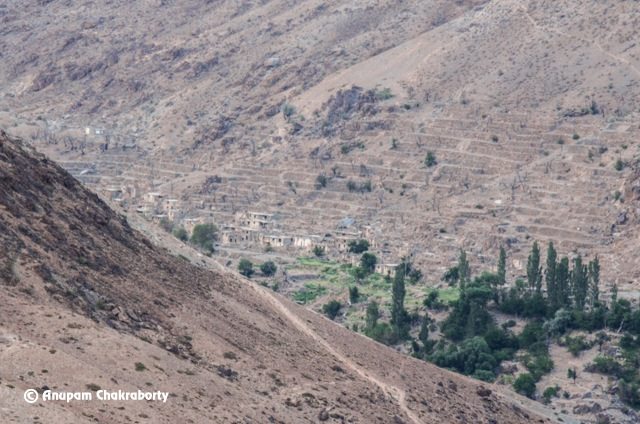 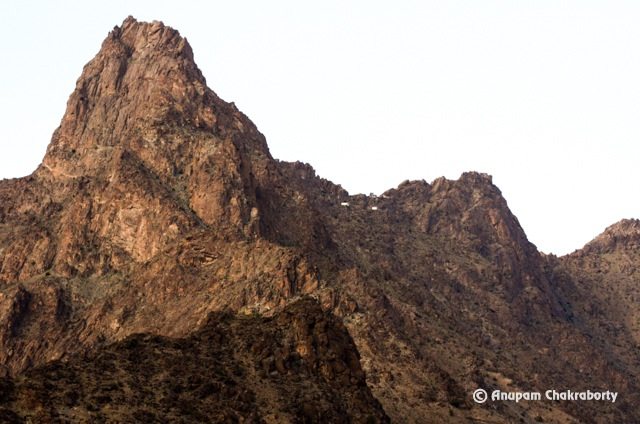 Indian Army base camp (white colour) on the mountain peak

For our army that is the base to serve the nation even when temperature falls below minus 350C.

After visiting the LOC view point we reached the Munshi Aziz Bhat’s Museum at around 7.45PM. It was not yet dark but the time was over for the museum to remain open for the tourist. It is a private museum run and managed by the families of Late Munshi Aziz Bhat. The family of late Aziz Bhat lives on the ground and first floor of the building and the museum was on the top floor. Our guide was closely known to them and hence he could manage to reopen the museum for us. 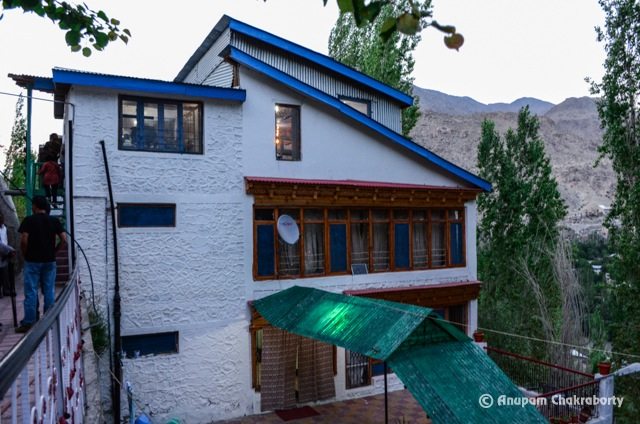 Munshi Aziz Bhat’s Museum is a family operated public museum located at Lokore, Kargil. Munshi Aziz Bhat was a Silk Route trader and social entrepreneur. The museum offers glimpse mainly into the Indian and Central Asian trader culture of the 19th and early 20th centuries. There is an entry fee of Rs.50/- for tourist and Rs.30/- for local visitors to visit the museum. The proceeds from such entry fee go into the museum maintenance.

As we entered into the museum we saw an old Petromax on display which was fixed on the ceiling. 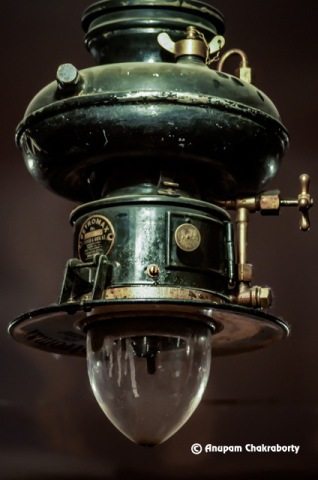 A copper pot belonging to the 17th century donated to the museum by the royal family of Chigtan was also on display. In Chigtan Razi Khar palace, it was probably used during feast or to prepare meals for the army. 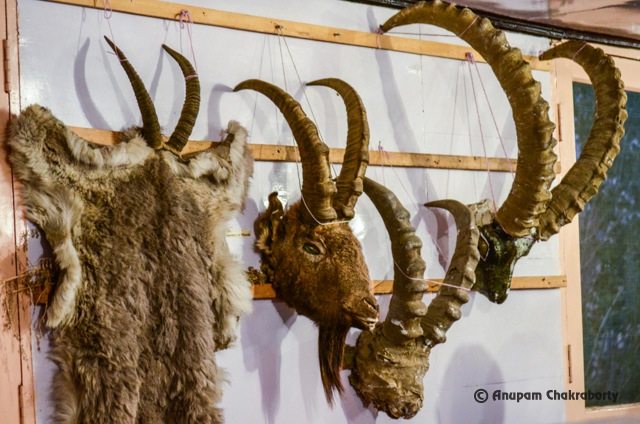 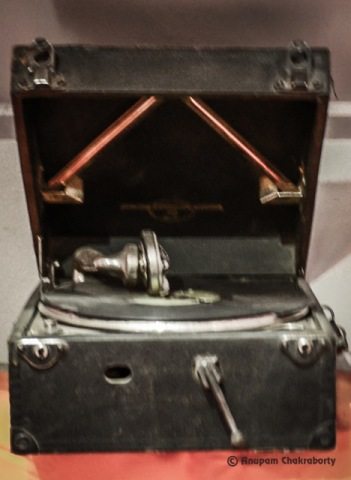 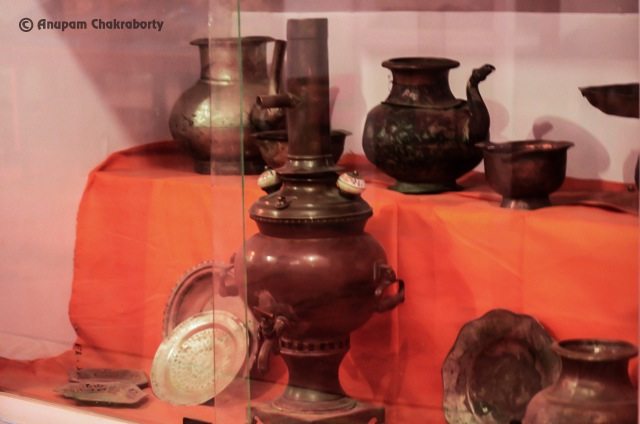 Water Kettles from Yarkand, a Central Asian Samvar for Tea 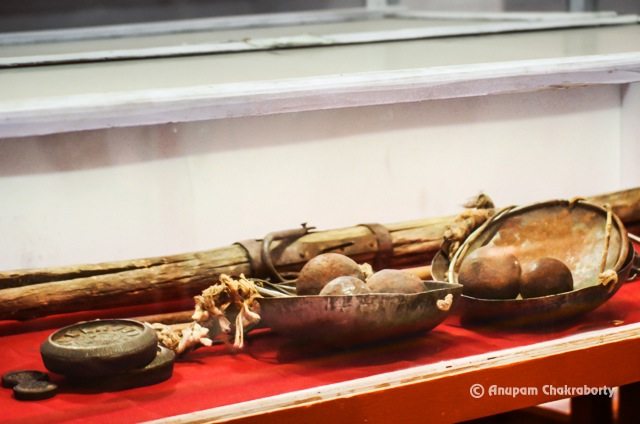 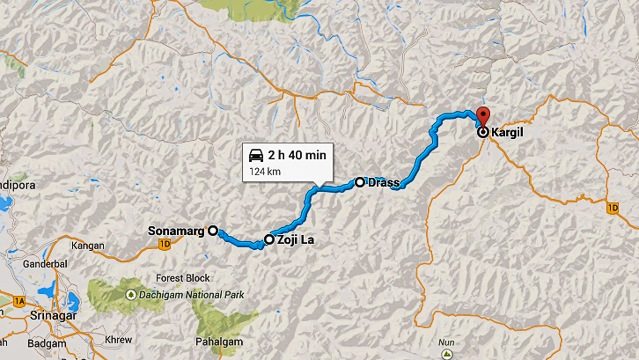 The Route Map to Kargil

I will come back soon with stories on Mulbek monastery, high mountain passes of NamkiLa and FotuLa in my coming post. Till then-

ROME – doesn’t this word alone trigger your imagination? Doesn’t it make you feel the romance in the air? Doesn’t it talk about style, culture, history etc etc ?? Yes, it surely does! The city is full of offerings for all varieties of travelers. It offers its best to everyone and makes sure that no one person goes back unsatisfied!! Am I talking like an ambassador of Rome who is proudly publicizing about it?? Naah, but frankly, I don’t care how I sound right now. All I want to do is to share my experience about my 2 day tour to this city which SURELY wasn’t built in a day!