We had been stuck in Gurgaon for quite some time, due to work, weather or some other celebrations in the friends/family circle. Luckily Mahashivratri Monday holiday coincided with no other commitments. So, we decided to get out during this long week-end.
For three whole days –February 18 to 21. Decided against hill resorts, due to weather, and a strong call from Haridwar to attend the Ganga Arti and a holy dip at Har-ki-Pauri. WE checked up on the Haridwar from various write-ups on the Ghumakkar site just to refresh ourselves with any tips, though we have visited the place number of times. 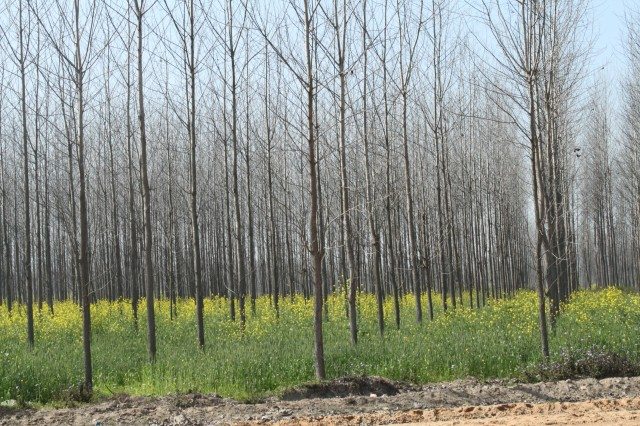 So come Saturday, the 18th we moved out at 8.45 am, confronted the normal traffic. The drive is quite pleasant with all the newly constructed by-passes, with well –maintained smooth roads. Although both Haldiram and McDonald have opened their outlets at Mansurpur on Khatoli by-pass. We decided to go through the old Khatoli town road to have a break at Cheetal. (Incidentally, we were told that Cheetal will also be opened on the by-pass in couple of weeks)We were at Cheetal at 12 noon, and spent an hour breakfasting. Back on highway at 1300 hours and Haridwar at 3.30pm.

Left the car at Parking and took the rickshaw for our usual hotel-Hotel Teerath, right at Ganga.Its a nice clean place with large double room, large bath, balcony overlooking the Ganga. And clean, freshly washed linen and towels at
Rs.2000 per night. 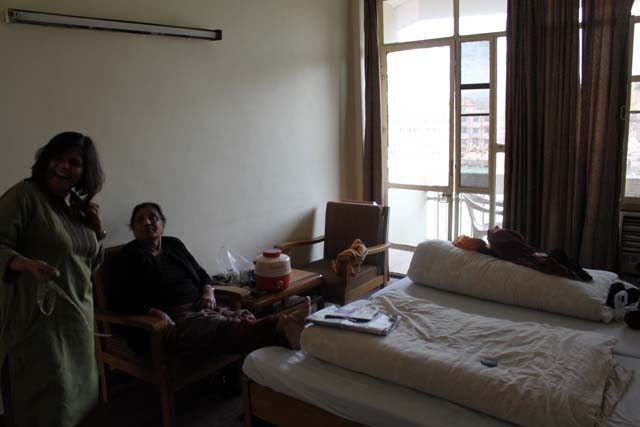 Room in the Hotel

ONE OF THE BIGGEST RELIGIOUS CONGREGATIONS OF NORTH INDIA 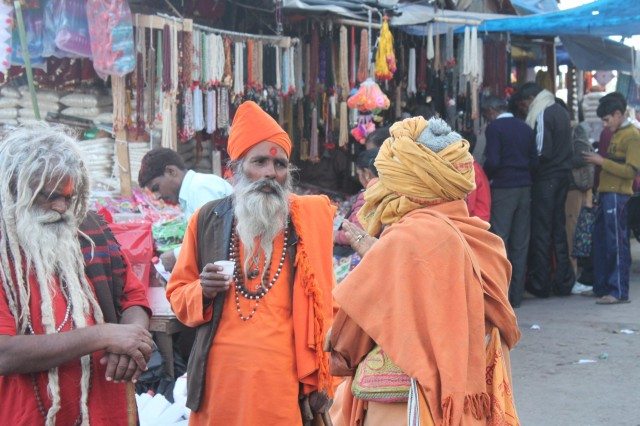 We had not realized that this was the time when KOVAD mela takes place, beside the Mahashivratri crowd. The place was crawling with hundreds of Kanwarias preparing their KOVADS (kanwars?) for the annual Shivratri march of theirs. We had seen these kanwarias marching on the road carrying their KOVAD,but never realized their religious fervor ,dedication, and the passion with which they build their KOVAD.We were mesmerized watching them preparing, and decorating their offerings to gods- SHIVA. 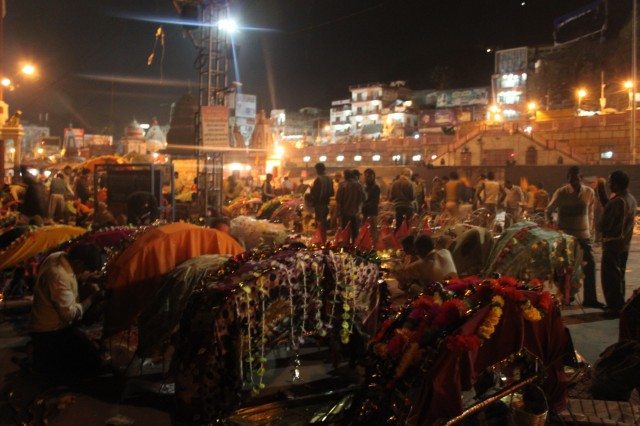 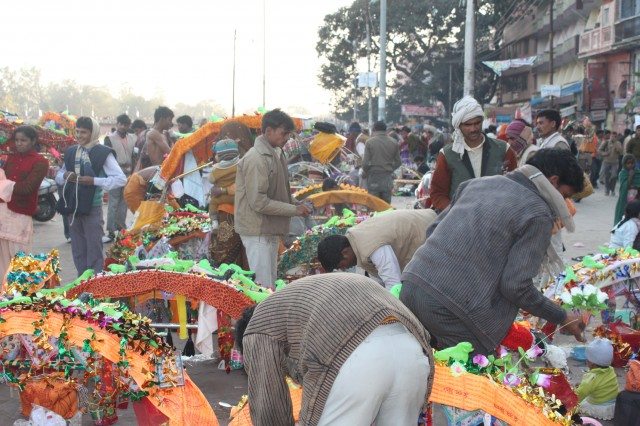 Ganga, at Haridwar, of-course is their starting point during the Shivratri week. And they come here at least 4 days before and work on their KOVADS, day and night. This time it was pretty cold week, but it didn’t seem to deter them. This, I believe, is one of the biggest religious congregations of North India.

CHANGING PROFILE OF KANWARIAS
Normally, we the townsfolk see and believe these kanwarias, running to their destination on the roads, to be of lower strata of society. No longer. The profile of kanwarias has changed. At Haridwar, we came across business people,high class families, community clans and executives getting prepared for their run after spending days preparing their, what we call Bamboo staffs—KOVADS.There are motor cycle riders, cycle wallas,and others.

We talk in awe of people in West decorating their X-Mas trees, but you have to watch these kanwarias, on the Ganga kinare, to forget West and their X-Mas trees.
The skeleton Kovads made of bamboo, in many shapes and sizes, can be bought as they are sold at Ganga; and then decorate it yourself as you want. But mostly people like to build their own skeletons.The decoration material, of all kinds, including, pictures of gods, both framed and without frames, toys, and you name it, From A to Zee, China has swamped the market. Beautiful stuff and cheap (nothing more than Rs.10). 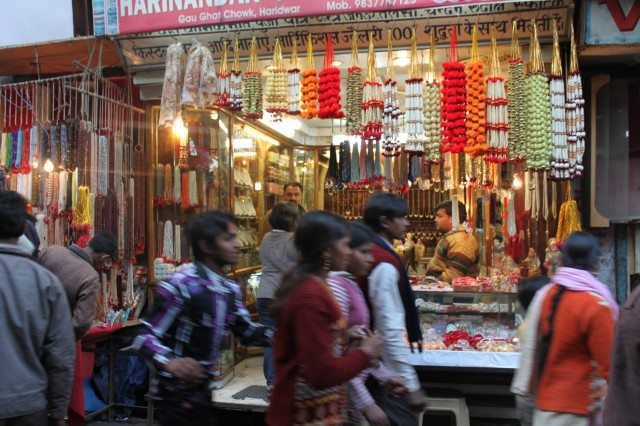 Once their kovads are ready, pooja done and they have got the blessings of Ganga.they are ready to leave to go to their destination, they run and chant, atop of Voices” BAM BAM BHOLE BAM BAM BHOLE”It’s a mantra that generates the energy, and praises of gods. BAM, I am told is the short name of BARAHMA,VISHNU & MAHESH. BA stands for Brahma and Vishnu, and M stands for Mahesh. These kanwarias, while walking bare feet to their destined place, they eat only what is provided to them by the road-side devotees.Kanwarias don’t buy anything themselves.

Since us, luckily, happened to be there at the right time, we took quite a few pictures. Most of these pictures don’t need captions as they are all related to the story and easy to understand. 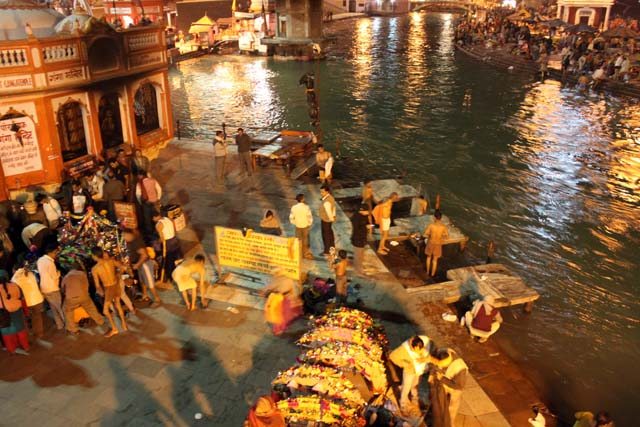 Well, we had our holy dip, joined in the Ganga Arti.Had our Puri Bhaji on the banana leaves, and on Monday, 20th, at 1.25 in the afternoon we left for home. Reached Gurgaon at 8.45pm, after spending an hour at Cheetal on way back. 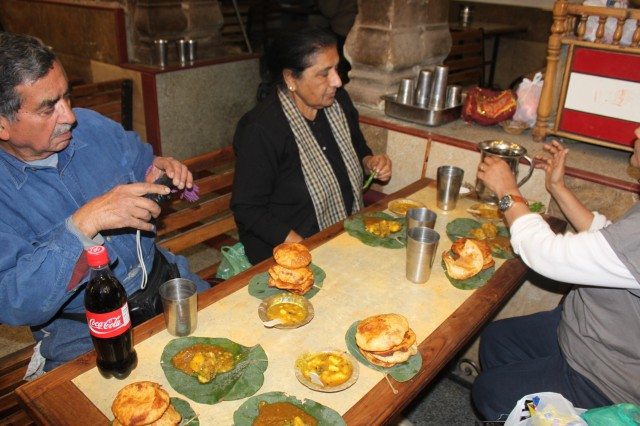 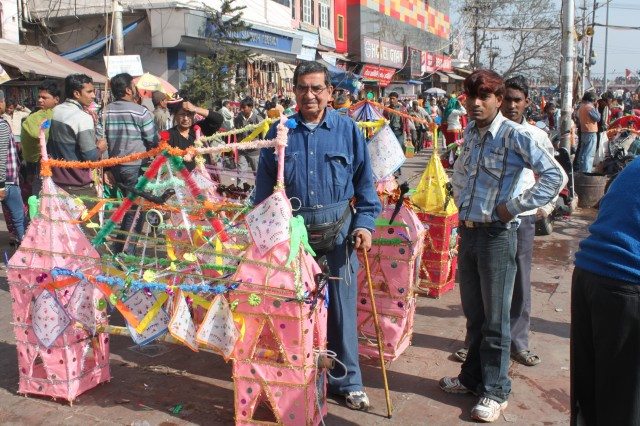 One of the many pictures of finished Kovads.And the starting point—the mere skeltons.

IT WAS AN ENLIGHTENING & HUMBLING HOLY WEEK,SEEING THE TRUE DEVOTEES OF SHIVA

The litfest opened at 2 pm with a welcome by Khushwant Singh’s son Rahul Singh.
The event kick started under the October sun with tributes and anecdotes pouring in for the Always Khush sardar by his son Rahul Singh, nephew Pammi Singh, colleague Bachi Karkaria and friends Farooq Abdullah and Bishan Singh Bedi.