While recently listening to the above gazal of Ahmad Faraz,by Mehdi Hassan,the line ”jis tarah sukhe hue phuul kitabon mein milen” jogged my memory about the old faded travel photographs of years gone by lying, for decades, in the trunk in the basement.

And the next line

made this old man fetch the trunk up from the basement, and dumped the contents on the bed.

What a treasure of photos galore of our travels in early 70s, and other occasions. I managed to salvage and scan some of them to make

A Photo Story—Forgotten Travelogue, montage together. May not in be in any order. Moreover I have forgotten the places they were shot, Broadly they were on a trip to South.

By our Herald,and later on, in Ambassador car from Bombay to Mysore ,Jog falls,Shervanbagola,Tippus grave and the temples. Plus Hills like Shimla and Ranikhet.it was early 1973,definitely, with two young kids

This Photo Story also shook up the head of my wife who, suddenly, remembered two incidence of my absent-mindedness during those trips to south, during the rainy season of December,1973.

The Pee and the Pit Stop

It’s always been a habit with us(even today 50 years later) to leave early morning around 4am ,with car-boot(dicky?) packed with Eggs, Tea ,sandwiches , candy etc. So on this trip, that took us to Karnataka,Coorg,and Maharshtra of course.First thing I remember we did when we touched Kohlapur , was to buy Kohlapuri Chappels in the first shop that hit.

Here is the first photo showing the effect of too much tea early morning on the move. 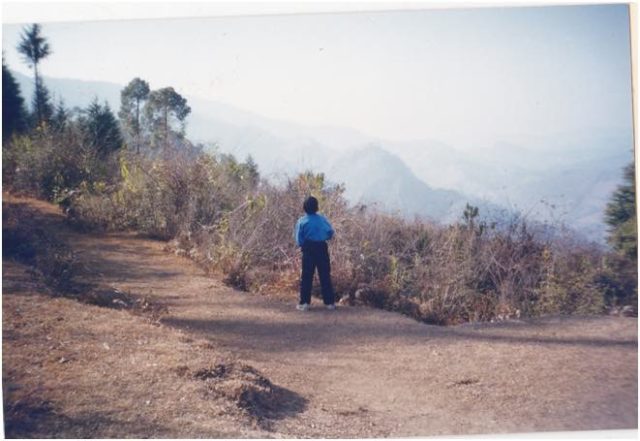 The next stop, of-course, was always the PIT STOP, on all our travels. My wife always carried stuff to warm up food on the way for two hungry growing boys and greedy husband.(Guess the ages of these two boys now??) 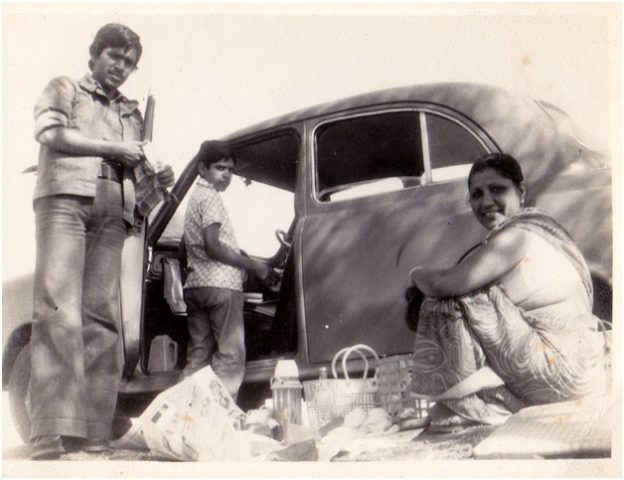 The first incidence was that I had left the car key inside and closed the doors. It took about two hours for us to solve the problem. We stopped another car and asked for help. Luckily this driver helped to solve our problem by using a plastic foot -rule , that was pushed into the door between the glass and lock; and clicked open it. Learnt a new lesson that day.

And there were always breaks in the long journey to enjoy the beautiful sights of nature and our country. 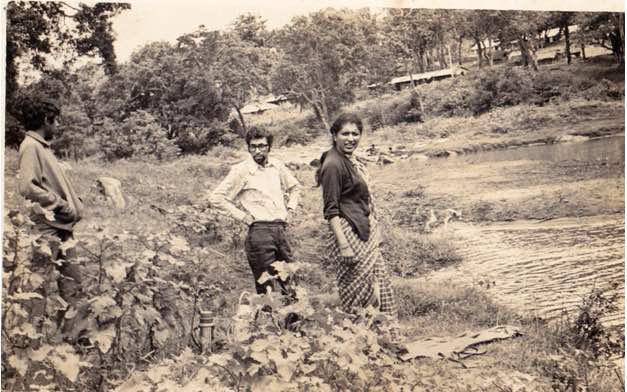 Incidently these kids were born November,1958 and March,1965 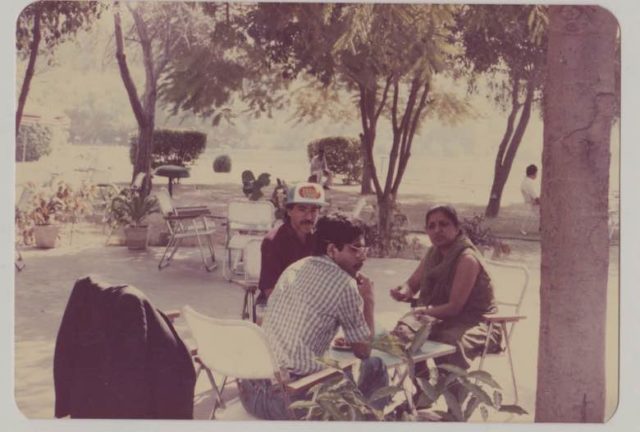 Enough of PEE & PIT STOP. Now here are some photos of our visit to various places,(unable to identify or remember now). In no particular order. 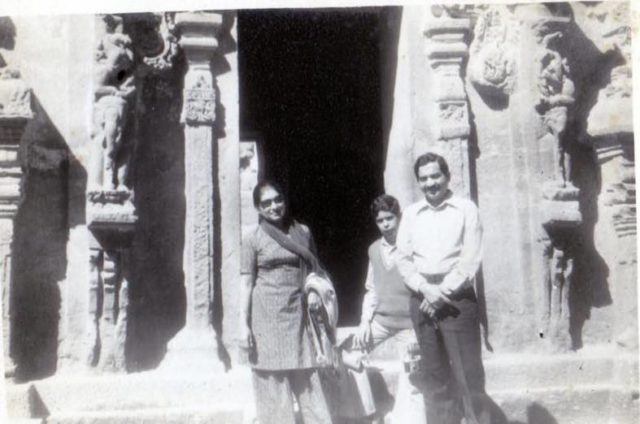 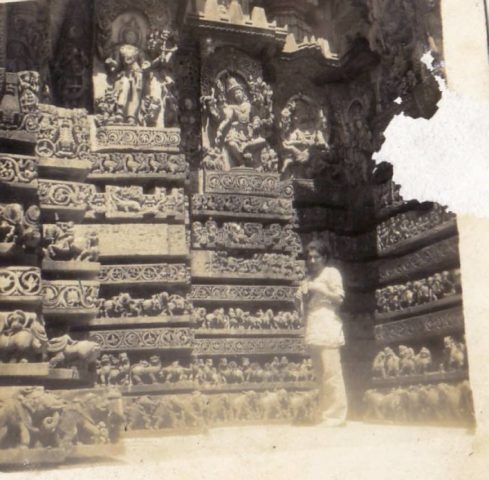 The second mishap was that when we came down 1000 steps while at Shervanbagola, I realized that I had left the car keys up there where we had sat down to have tea and sandwiches. I had to go back up.

Luckily I found the keys.

Here are few more pictures, including ,Shervanbagola. One fact I remember that the price of PETROL had gone up to 90 paise per liter when we landed back in Bombay sometimes in December,1973.

Being a 25 Buts a smoker a day , did not mind the hike in their price. 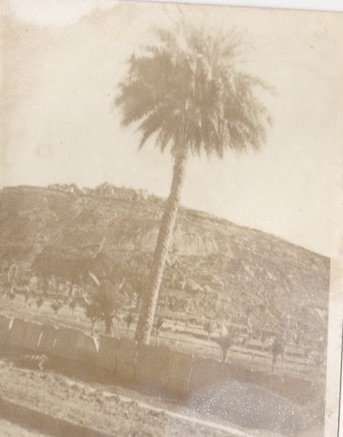 Guess from the trip to South 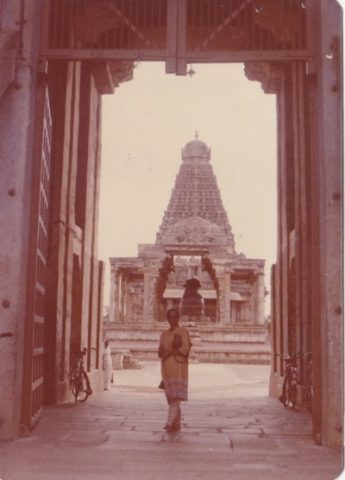 Although there are almost hundreds more photos of our travel during 70s /80s are lying in the albums in the basement, but it’s an effort (though worth trying)to collate like POSTCRDS of Lonely Planet. 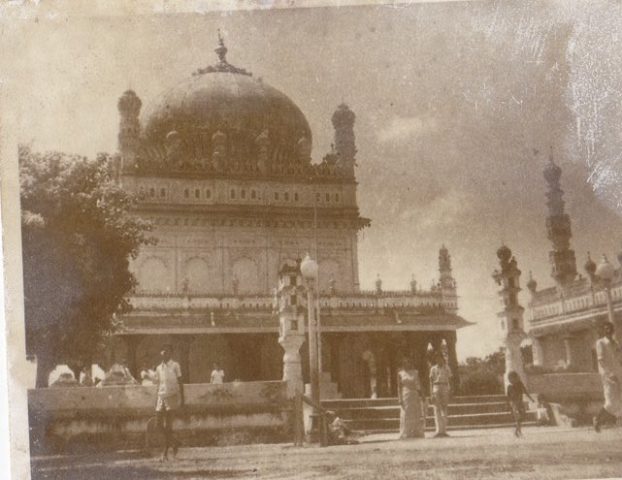 This is Shimla,1972. Young Sethis shopping.

Well let me give a finishing touch to this PHOTO STORY 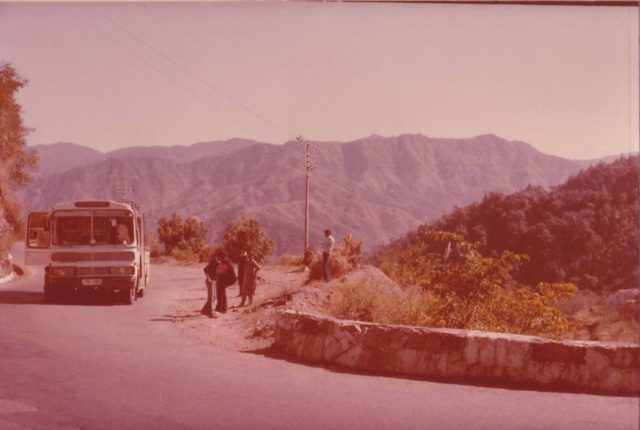 From Teas to Draughts 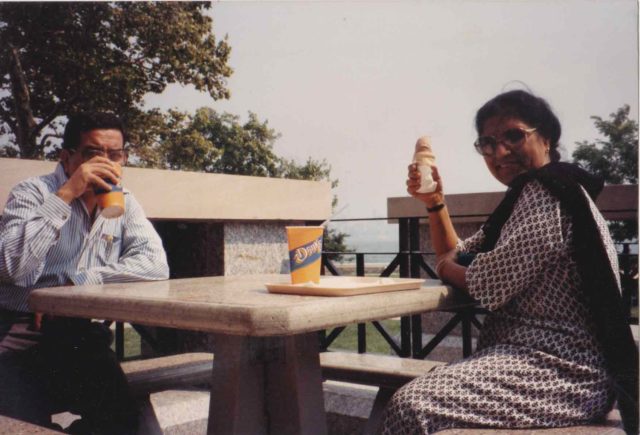 From tea to Drought

Lets all drink to the wanderlust of travel. Cheers.

Travel reminiscences from the 1970s … was last modified: March 14th, 2017 by Jatinder Sethi