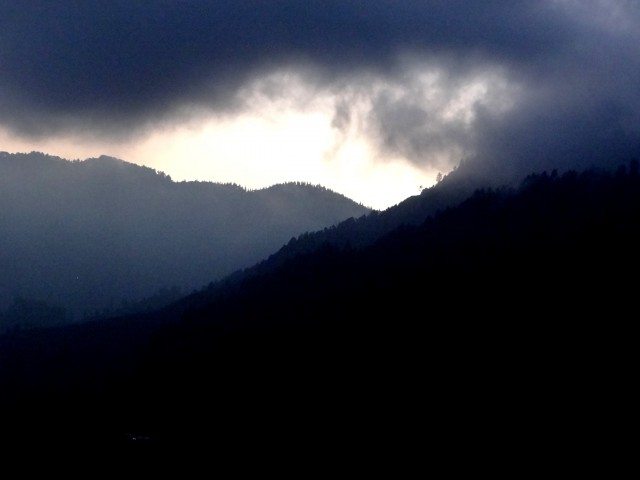 Dusk in the land of apples

When I think of words to describe the Kinnaur region, the first thing that comes to my mind is ‘the land of apples’. This region has flourished over the years, thanks to this crunchy and juicy fruit. The apples of Kinnaur are now in demand the world over for their taste and quality. Apart from the fruit, this place is well known for its treasure of natural beauty- the deep valleys, towering snow-capped mountains and the verdant deodar forests. Our trip to Kinnaur gave us the experience and feel of this enchanting place in addition to giving us a much needed break from the hectic and monotonous urban life.

Our trip was scheduled in October, and we planned to visit the destinations of Sangla, Chitkul, Reckong Peo and Kalpa. There was also another mission to the trip and that was to test our new diesel Ertiga in the mountainous terrain.

We started from Delhi at around 1 PM and being a Sunday, roads in Delhi were not too crowded. From our house in Andrews Ganj, we hit the Barapullah Nala Flyover which took us to ITO and then on to Mukarba Chowk in no time. The six laned Grand Trunk Road allowed us to have a smooth ride for some time. But after Panipat, we encountered diversions every now and then, mainly due the multitude of unfinished flyovers on the National Highway. However, traffic was less on the highway and we managed to reach Chandigarh at around 6 PM. Our plan was to halt for the night at the UT Guest House, which is a good transit option. The quality of food there was not up to the mark, but Chandigarh, being a big city, offers plenty of other options to eat as well.

The best part about staying in UT Guest House is the easy accessibility it affords to the major landmarks of Chandigarh, particularly, Sukhna Lake. The ‘Street Art Festival’, the previous evening at the lake was bustling with people and gave a good kick start to our holiday. It was also a pleasure to take an early morning walk around the lake and be a witness to yet another majestic sunrise. The pathway on the side of the lake is about 2.25 KM long (one way) and is very well maintained. Towards the far end of the lake, the UT administration has recently constructed a ‘Garden of Silence’, a haven for those in pursuit of solitude.

After a light breakfast we set off for our destination of the day, Narkanda. We filled up the tank of the car as we left Chandigarh and noted that it had given a mileage of 18 KM per litre on the Delhi- Chandigarh stretch.  The Himalayan Expressway, which begins after Panchkula, saved us valuable time as we bye passed the crowded towns of Kalka and Parwanoo. The NH 22 which runs from Ambala to Koriack was in good condition and we had a smooth journey. After entering Himachal Pradesh, we stopped to have lunch at the popular Giani Dhaba, located just before Dharampur.  The food at Giani’s is hot and sumptuous, and refreshes anybody on a long trip.  Rejuvenated after lunch, we quickly passed the ‘Mushroom City’ of Solan and at Kandhaghat, we decided to bye-pass Shimla and took the state highway towards Chail. Chail is famous for once being the capital of the erstwhile kingdom of Patiala. As we neared Chail, we were welcomed by the picturesque thick forests of Deodar and Pine. At Chail, we visited the Rashtriya Military School which is home to the highest cricket ground in the world. The route from Chail to Kufri was equally scenic with unending hills of Deodar. 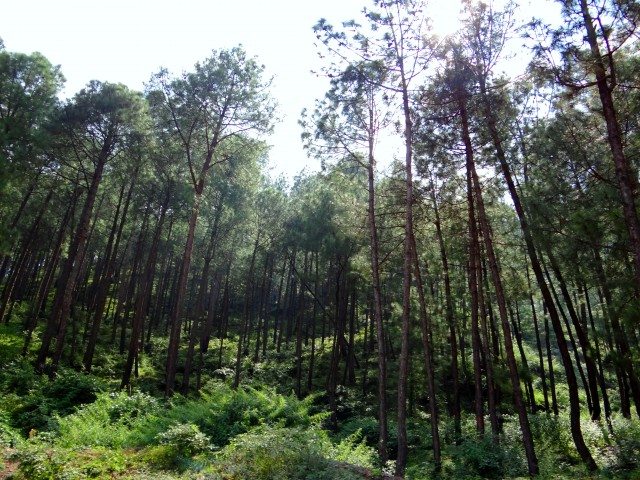 At Kufri we hit NH 22 once again under a cloud of thick fog. The fog continued till we crossed Fagu. Since the condition of the road was not bad, we managed to cross Theog and reached the Hatu Hotel (maintained by the HPTDC) in Narkanda by about 6 PM. At, Narkanda, the weather was cold , the reason being that it is located 2200 metres above sea level . The Hatu is a well maintained hotel which offers a good view of the valley below. The view of the peaks, ranging from the Kinner-Kailash range in the east to the Gangotri peaks in Uttarakhand, is also worth seeing. We had a good Himachali dinner with items like Siddu and Gobi Palda, along with Roti at the hotel. Himachali cuisine is highly recommended for those who stay at the Hatu. 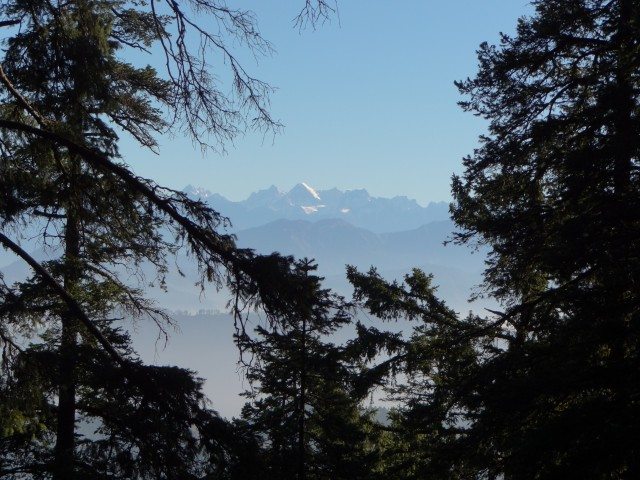 The peaks from Narkanda 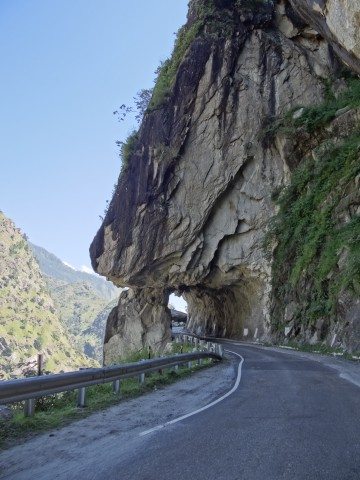 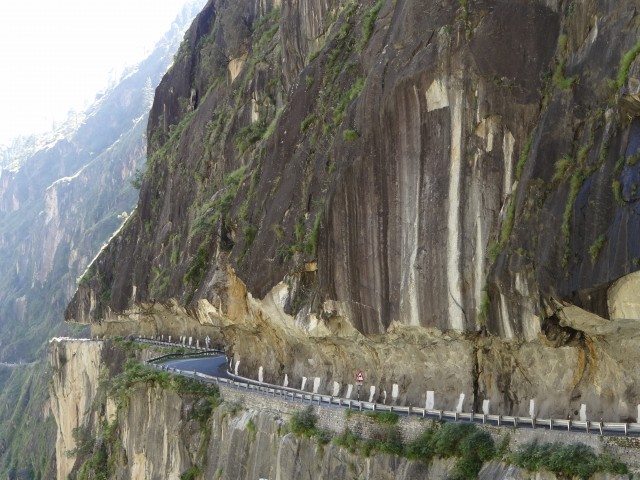 The road, cut into rock

The road conditions however deteriorate rapidly and after Bhaba Nagar and the tar road disappears altogether and all that is left is a wide mud track. This continued right upto Karcham where we took a right turn to the Sangla valley. From here onwards, the road follows the Baspa River, which is a tributary of the Satluj.  This road is a single track and extremely vertical at points, thus night travel should be avoided here.  Finally, after about 6 hours of travel we reached the small town of Sangla which is situated at an altitude of 2600 metres above sea level. We checked into the PWD rest house, which would be our home for the next two days.  The PWD Rest House is located at a prime position, just above the main Bazar. Another option is the HP Power Corporation Guest House which is more secluded. Other than these, Sangla also has a couple of good hotels. A lot of tourists flock to the various camps on the banks of the Baspa River. Among them, the Banjara camps at Batseri are the most popular. 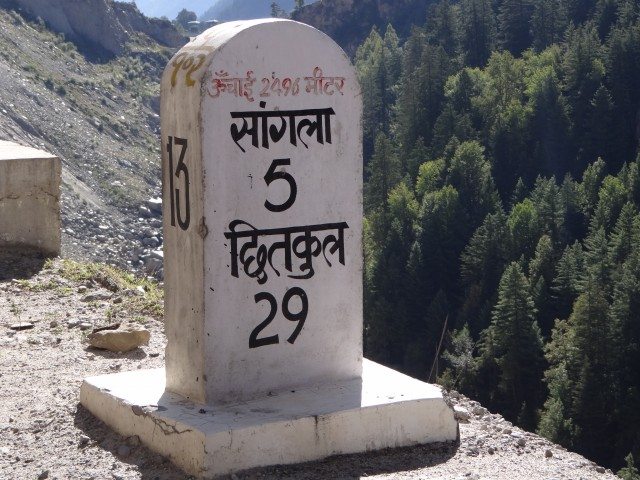 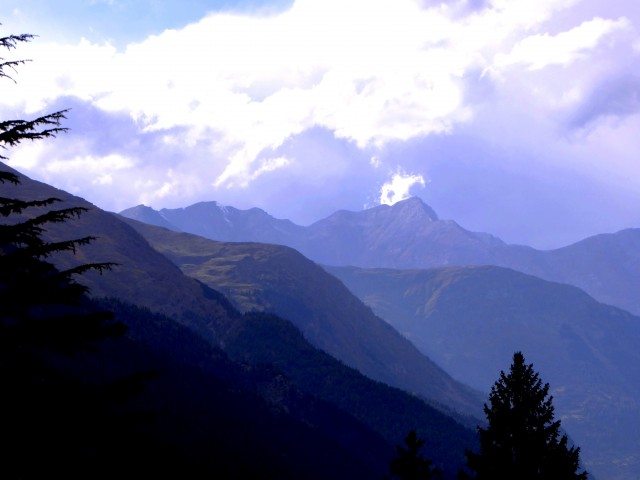 For lunch, we decided to try out Tibetan food in one of the nearby restaurants, which turned out to be a disappointment. Kinnaur is inhabited by the Kinnauri tribal people and there are hardly any indigenous Tibetans here. So do not be under the misconception of getting original  Tibetan fare here. The most important activity of the people in Sangla is apple cultivation. October being the peak of the apple season, we saw trucks loads of apple being transported to Delhi and Chandigarh. The whole area abounds with apple orchards and we also had an opportunity to visit one of the orchards.  Here we learnt that the three main varieties of Kinnauri apples are the Golden, Red and Royal which are sold in boxes of 20-22 Kg each. The wealth and prosperity of the Kinnauris has been widely attributed to these very apples. We spent the rest of the evening marvelling at the views of the mountains and of course, the apple orchards. For dinner, we had the oppurtunity to taste the locally grown “ogla”, which is a type of coarse grain called buckwheat. The Kinnauris use this buckwheat to make a dosa like dish called “chilta”, which has high nutritional value. 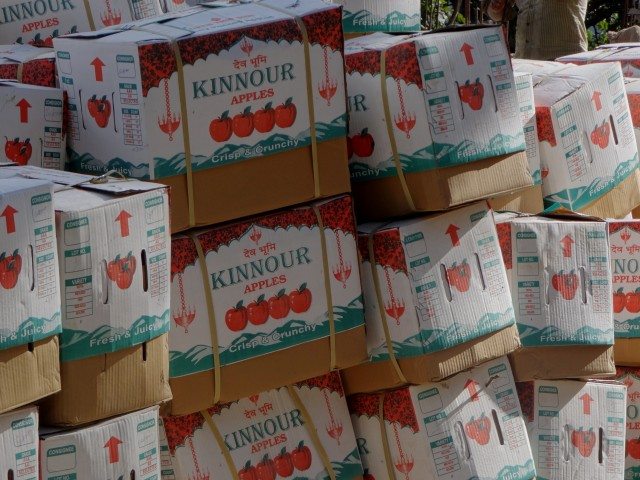 In and around Sangla Valley

After breakfast, we left for the picturesque village of Chitkul at around 9 am in the morning. Chitkul is the last village on the Indo-Tibetan road and is located at a height of 3300 metres above sea level.  Again, road conditions were bad till Rakcham, a small village which is midway between Sangla and Chitkul, after which things improved. The whole route from Sangla to Chitkul is along the river Baspa and is extremely beautiful making it a tough but memorable drive. As you drive, the deodars, willows and poplars greet you at every turn. The sky in the valley is painted in a beautiful shade of blue which one will not encounter anywhere else. Thus the epitaph ‘blue sky country’. 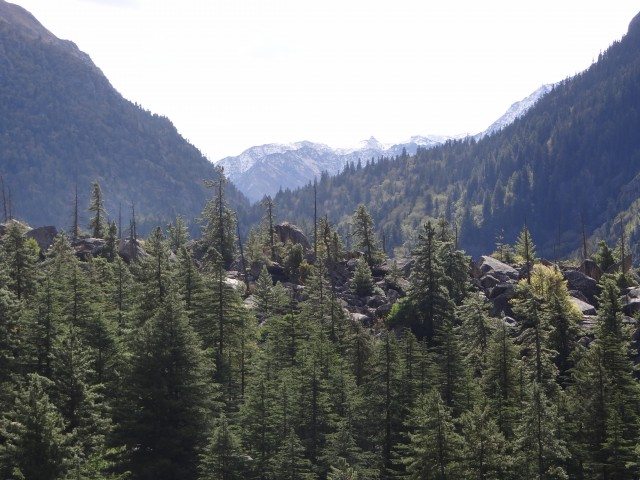 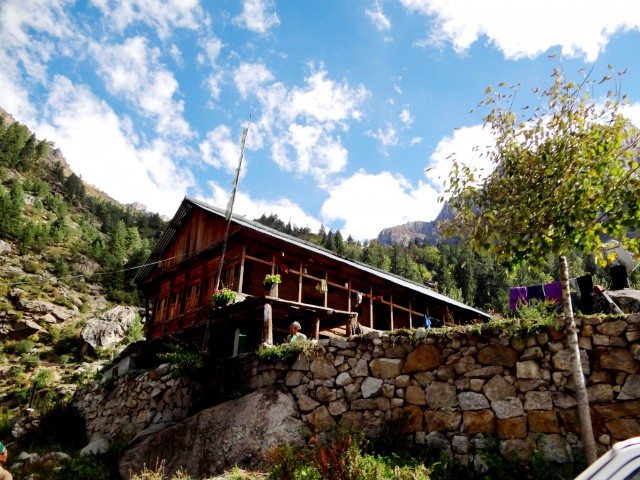 When one reaches Chitkul, the high mountain peaks, dominated by the distinctive ‘Dhoula’ mountain, meet you bang on. At Chitkul, we had a quick cup of tea and then went on a 3 KM trek to the nearby ITBP post of Nagasti. The trek gives a fantastic view of the Baspa River as it winds through extremely rocky terrain and forms rapids every now and then. However, the real challenging part is the onward trek to Rani Kanda which we did not opt for.  At Nagasti, we visited the ITBP check post where we proudly witnessed the tricolour flying high in the backdrop of the Dhoula peak.  As we returned from Nagasti, there was light snow fall, and within a matter of time, all the surrounding peaks were covered with snow. 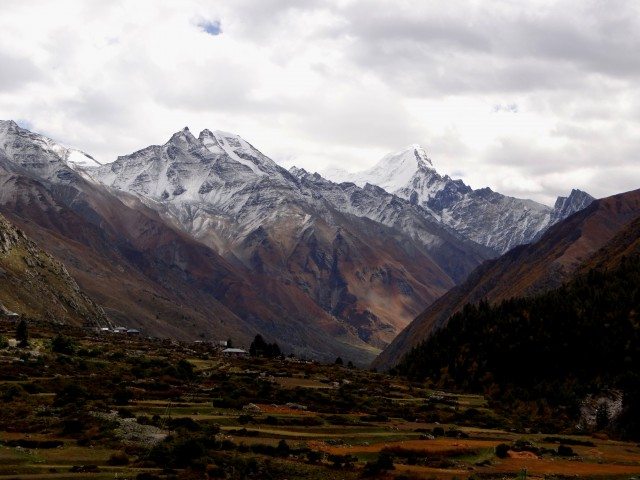 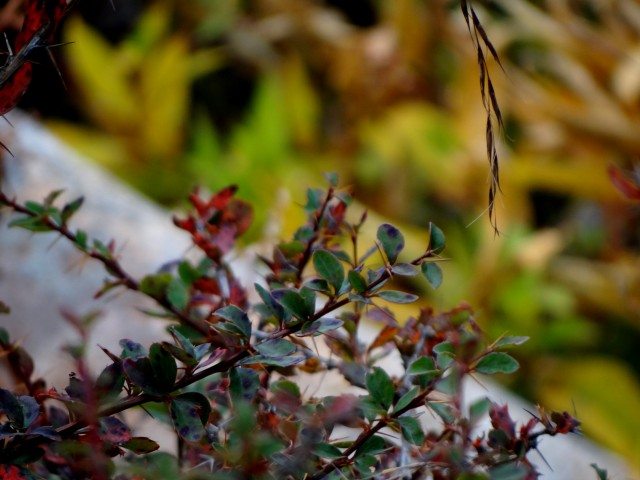 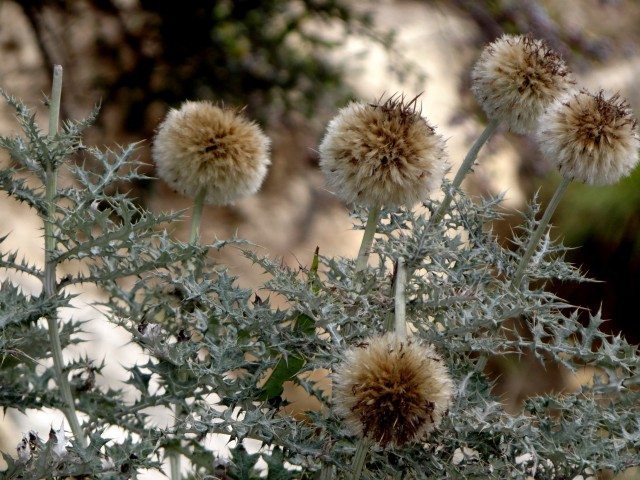 By afternoon, we were back from Chitkul and then proceeded to the Trout Fish Farm in Sangla. In order to reach this farm we had to again negotiate tough roads over a distance of 3-4 KMs.  Trout was introduced to Baspa and it has flourished since. However, dams and reservoirs have affected its  natural breeding habits.  Fish farms, such as the one in Sangla, are used to artificially breed trout in large numbers and then introduce them to their natural habitat by the age of 2 years.