For me, there was not just one travel that proved exotic. On the contrary, my every single travel created on me a fantastic effect. Its been 5 months after visited Ajmer Shariff. So one rainy day me & my sister were sitting at home & decided to utilize the coming long holidays started from 15th August (Friday) to 18th August (Janmastami). As always, the first thought that came to our mind was making our weekend getaway plan. We selected Dalhousie & Dharamsala since we had not visited that valley or mountain before. After the selection of the location, what remained to be decided was the mode of transport which we preferred car because of Mom. She again started her emotional dialogue to come with us. So I decided to hire a car to make mom comfort. As decided we talked to a travel company & they charged money to fulfill all arrangement. 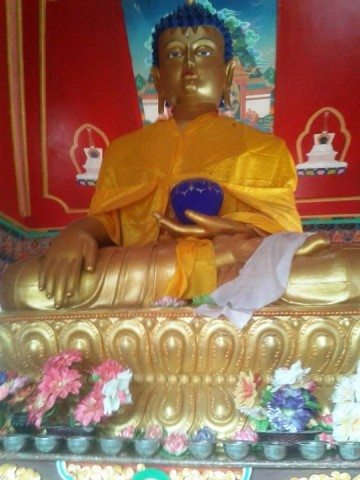 On 15th august we started our journey around 4 am with Swift D zire car sent by the tour operator. We stopped for breakfast at a run down place in Jalandhar, the famous restaurant Haveli. Had our tea break in an excellent location with Pure Punjabi culture. After breakfast, we kept driving and passed Jalandhar and Ludhiana on our way to Punjab. The road was pretty good which is blessed with enchanting beauty, a certain tranquility of its ambiance and the serenity and sacredness of its culture. On our way towards Dharamsala the surrounding landscape was breathtakingly beautiful! We found so many cascading waterfall and now the view was very scrumptious. I especially became so impatient that when would we reach Dharamshala, that finally I asked the driver that how long would it take to reach beautiful Dharamshala, and he said two hours more. And we just started to enjoy the view .Our hotel was just 100 meters from Mcleodganj. 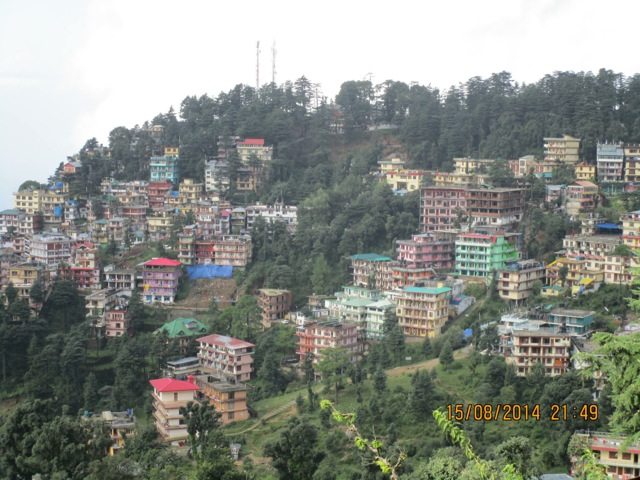 Dharamsala :- After reaching Dharamsala the atmosphere suddenly fall down. We realized cold & we found cloud every where. The road was one way & there was huge crowd (I though total Punjab & chandigarh came to visit Dharamsala with us). By the time we reached Mcleodganj it had already started to grow little dark and people were switching on the lights, and mcleodganj was looking beautiful.On the way to Macleodganj we already visited St.John s charch at evening & trust me it was look like oldest church in the world with lots of graveyard. 8 km from Dharamsala, situated between Forsythganj and Mcleodganj the charming church of St. John in the Wilderness. Under the shade of deodar branches, a memorial has been erected over the body of the British Viceroy, Lord Elgin who died at Dharamsala in 1863. There is a well tended old graveyard on these grassy sloped.

But after seeing the scenic view of Land of God we forgot every problems which we faced on the way & felling happy.

The next morning we kept our self busy with Bhagsunag Temple an oldest temple of Lord Shiva which surrounds by Bhagsunag falls, cascading falls comes here to long way her journey. But it was really an awesome feelings when you found a beautiful small market which attracted all your attention to its own way, named Mcleodganj. I have seen foreigner around every corner, interspersed with men and women robed in red & orange, lending a tranquil vibe to the chaos on the narrow streets. I am fascinated by the small stalls & shops selling various Tibettian goods even you can find them in Delhi hut also but still every places have their own unique thing . This has to be the only hill station in India where no shop-owners are shouting to sell their goods, nor touting foreign travelers; Tibetan silver jewellery, ‘Free Tibet’ t-shirts, thangkas, mini prayer wheels and colourful Tibetan flags. While the high prices may put you off initially, put your bargaining skills to the test for a better deal. 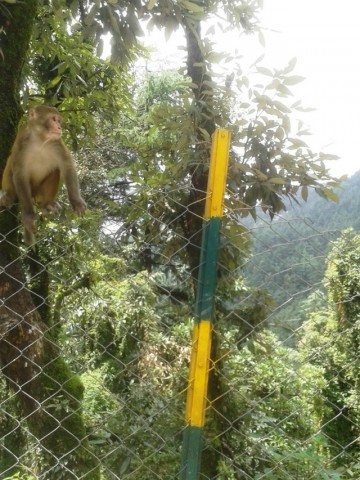 A monkey enjoying the view with sun rays

My mind distracted to see the scenic beauty or visualize the typically-Tibetan handicrafts, and then by the alternate cafe culture that has housed itself in Mcleodganj. We found the café chain CCD over there but only the banner no outlet was open till then. 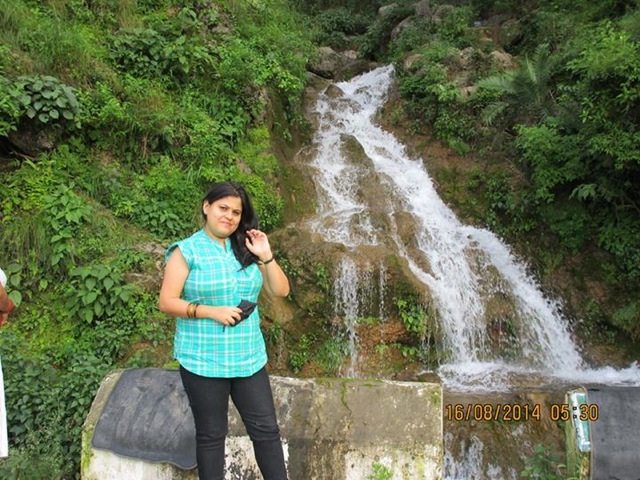 Explored the Outskirts of the City :- If you want to explore the outskirts of the city, well, there are many that are offered. Anyone who has visited the Kangra Art Mueseum always spoke very highly of it. Tourists from all over do not visit here. In Civil Lines, have War Memorial which tankers and fighters used in the war. Great place to sit down in the evening or go for a walk late at night! Enjoy the fountain has a screen while you are there. If you are religious then I would suggest you to visit Kunal Pathri.

Kunal Pathri Temple is located in the Dhauladhar Ranges in Kangra district of Himachal Pradesh. The temple is consecrated to Kapaleshwari. It possesses exquisite carvings of gods and goddesses. It is believed that the skull of Devi Sati, wife to Lord Shiva, had fallen here in the Kunal Pathri temple spot, after Sati`s corpse was cut off into 51 pieces by the Sudarshan Chakra of Lord Vishnu, to cease the dance, Tandava Nritya of Shiva shouldering the lifeless body of Sati.The main thing attracted me that at the temple there was no roaring of the Pandit to collect more money from the traveler. 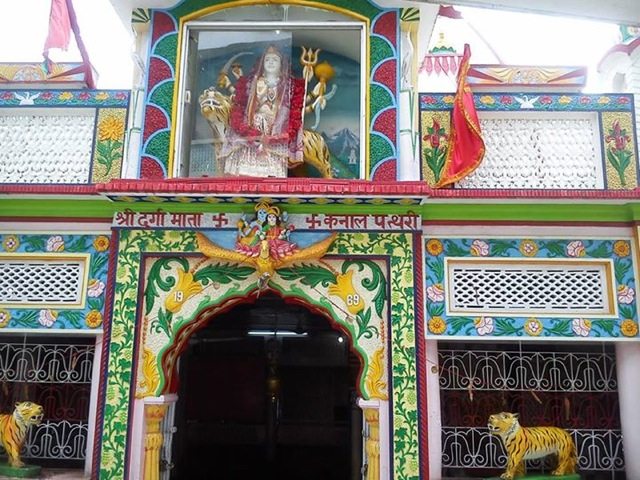 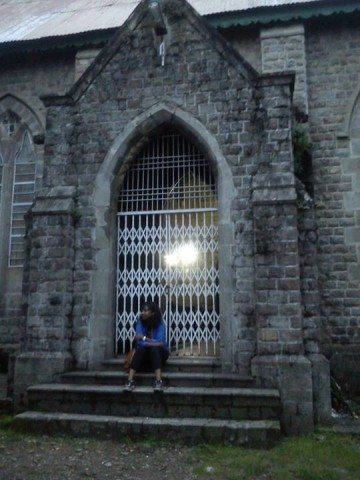 The way to Dalhousie :- The road side was covered with heavy pine forests once we hit the hills & there was dark surrounding on our way. It was really an adventurous journey because of the dence woods & the sounds of silence.

In restless dreams I walked alone
Narrow streets of cobblestone,
‘Neath the halo of a street lamp,
I turned my collar to the cold and damp
When my eyes were stabbed by the flash of a neon light
That split the night
And touched the sound of silence.

We reached Dalhousie at late evening when everyone can way to their home. Our Destination was Subhas Chowk to our hotel Dalhousie Palace. Dalhousie stretched for ever around the mountains and most of the hotels were perched on the edge which meant lots of steps to go up and down. Eventually we found a room which did have a great view to the snow capped mountains from the common lobby cum balcony, however we liked the hotel as well as the staff as they were quite polite. After an early breakfast (on the second consecutive day) we went out to have a look around the town.

On the Way to Khajjiar :- The route was full of Danger & natural beauty. It is the most exotic and scenic beauty place around 22 Km from Dalhousie. Khajjiar is officially proclaimed the mini-Switzerland of India. At an altitude of 6450 ft, this saucer shaped green meadow, ringed by Devadar Trees has a lake in the middle complete with floating island. I liked horseback riding and strolling. It’s the best place to spend more time as compare to the other places. We spent around 2 hrs & enjoyed Horse riding there. We saw something that interested us. People were getting inside a big plastic ball, and being rolled till the lake. That was very interesting, something we haven’t seen before. We left in the late afternoon bidding goodbye to the charming glade of Khajjiar and our next destination was the town of Dalhousie. 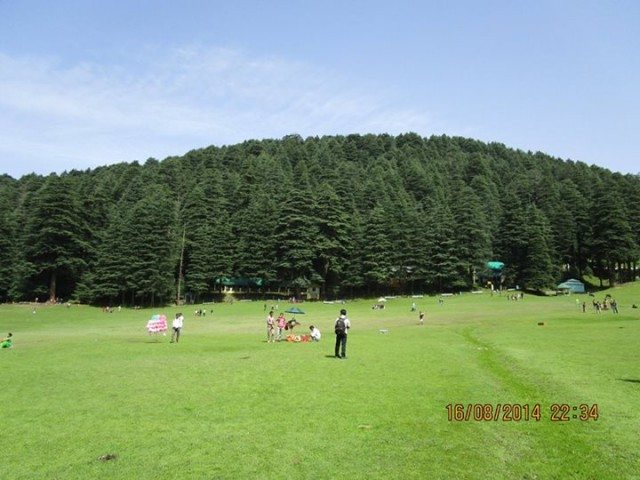 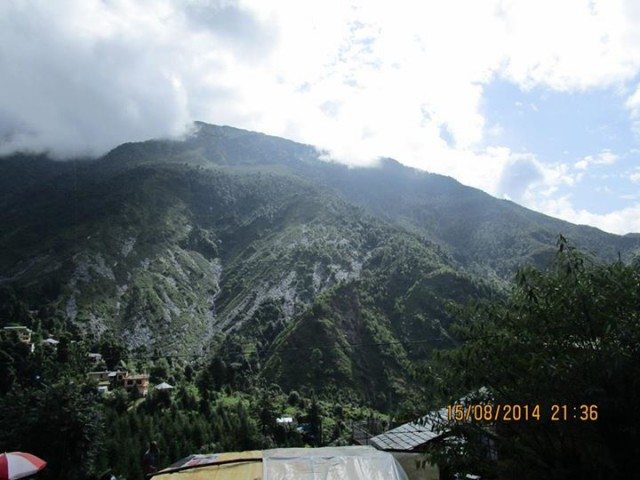 Breathtaking view of a silent mountain 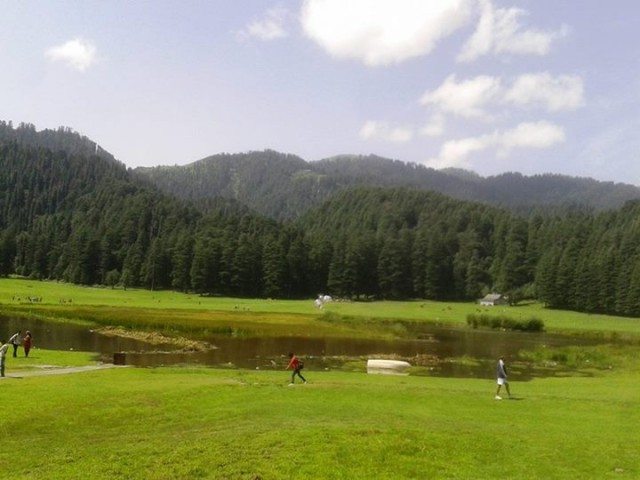 Dalhousie:- Our driver first took us to Satadhara, artificial water falls look like tap water made by government. Then we visited Panchpula, there we found five spring or waterfall and a picnic spot. However, it did not seems to be very attractive due to lack of water. What attracted us more specially mom was a Kashmir handloom store and the invitations from its salesmen to have a look at their “Pashmina” blanket which actually not made by animal far. Not only that, they would also offer us six more free gifts along with the blanket at no extra cost. We left the shop buying not the “Chingu” blankets but some shawls as gift items. 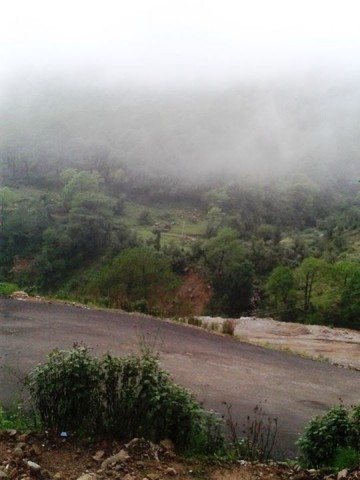 Then we decided to explore Gandhi chowk market. Maximum items you can found any where in metro cities. Still you love to walk the clean market. But I did not find any toilet or wash room there. As a traveler you need to go washroom, the restaurants even not having the facilities of washroom.

In the evening we walked around the road. Our hotel was near to Subash Chowk & we decided to visit the St. Francis Church at Subhash Chowk that evening. One will love the architectural beauty of the church. it’s a very old church built by the English men early 19th century.

If you ever need a break from the heat, Himachal Pradesh is your perfect getaway from all the stress in your life! Escape from the hustle bustle of busy city life and enjoy the mountains. Watch and observe and be united with nature. Beautiful pine trees and lush deep-green deodar woods are eye openers of our natural heritage! Small streams and snow-kissed mountains is something that you simply cannot afford to miss when away!.

“Once you have traveled, the voyage never ends, but is played out over and over again in the quiestest chambers. The mind can never break off from the journey.” – Pat Conroy