A full-blown, loose hand slapped Manish. It echoed and echoed in the silence of Santuria di Montellegro. All the people who had come to pay homage to this sanctuary turned to us and clapped. They took it light, delighted in their own memories as parents and shouted bravo to Rachit, who having thrown his anger, was now surprised by his tantrum as well as such a reception of it. It could have been possible only in Italy where children are adored and family is the prime of life as in India. Now! That was something least expected and even lesser dreamt of in our scariest and wildest of dreams, as a reward after a difficult hike to Montellegro from the Rapallo. The hike itself was very rewarding and a further ‘reward’ was not needed at all! 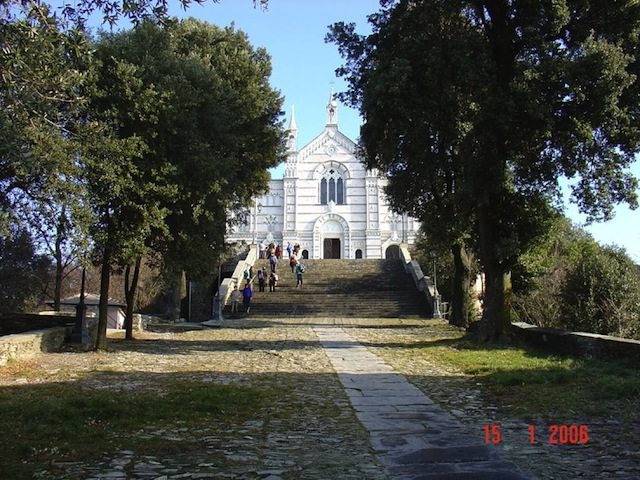 Rapallo is the largest of the sea-side resort towns on Italian Riviera. It is in Genoa province, located somewhat between Genoa and Cinque terre. As all the sea-side towns, it has a promenade, pedestrian shopping centre and some beaches. For a change it has a ‘castle’ built in sixteenth century, to guard against pirate attacks. When I heard that I was amused. Actually human mind works like that. For someone from India, castle is something of a rich architectural building in a vast and magnificent large campus, not something just more than a cellar. 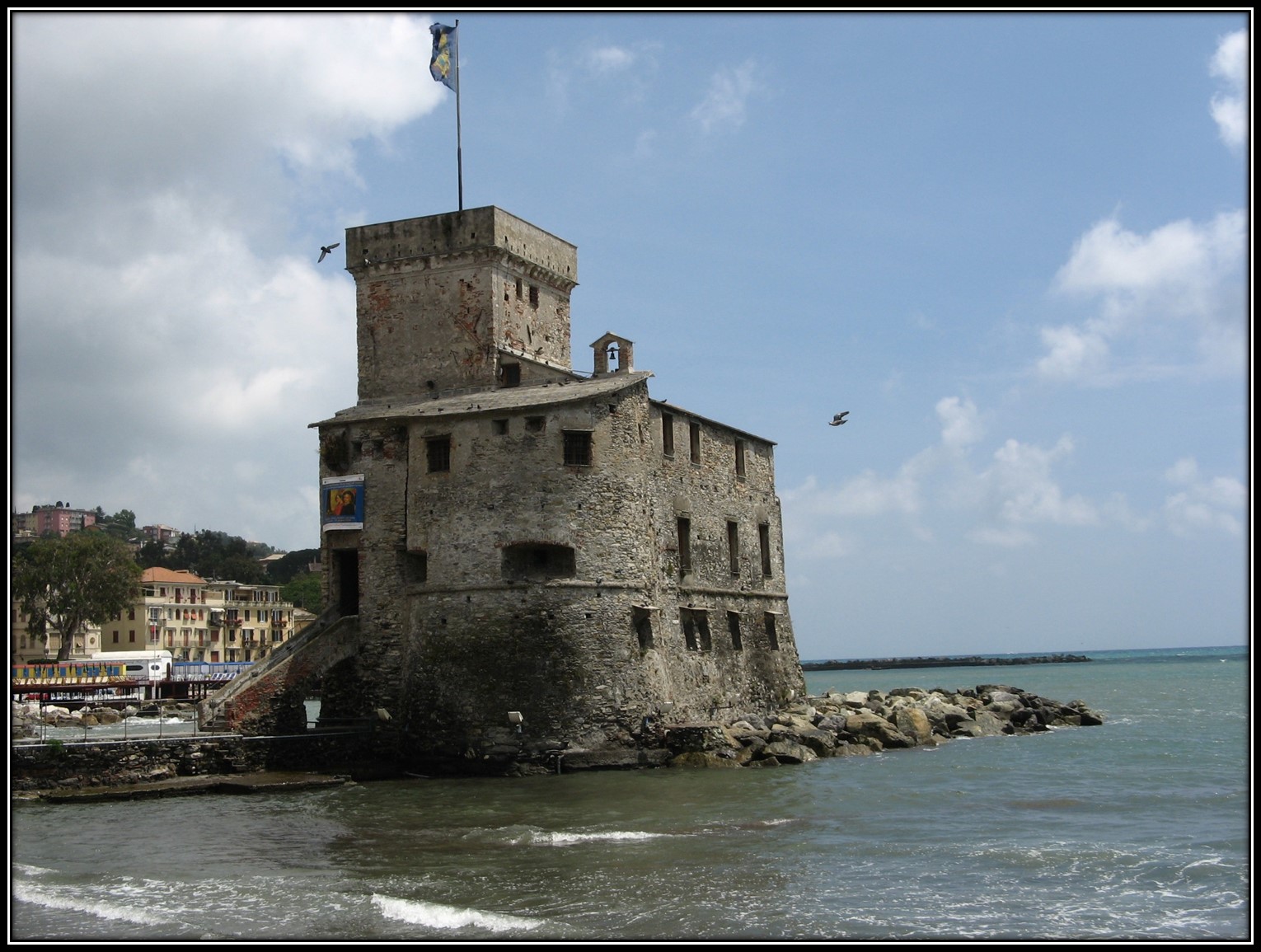 Having done a customary walk on the red bricked promenade, indulging in the hues of sea and views of ‘ready-to-display-to-die-for-each-other-till-we-stay-together couples’, ‘appropriately’ and ‘inappropriately’ dressed lasses, and well-heeled and Prada -Gucci-Armani clad jet-set-people on private Yachts, we went to the Funivia(cable car) station of Rapallo. 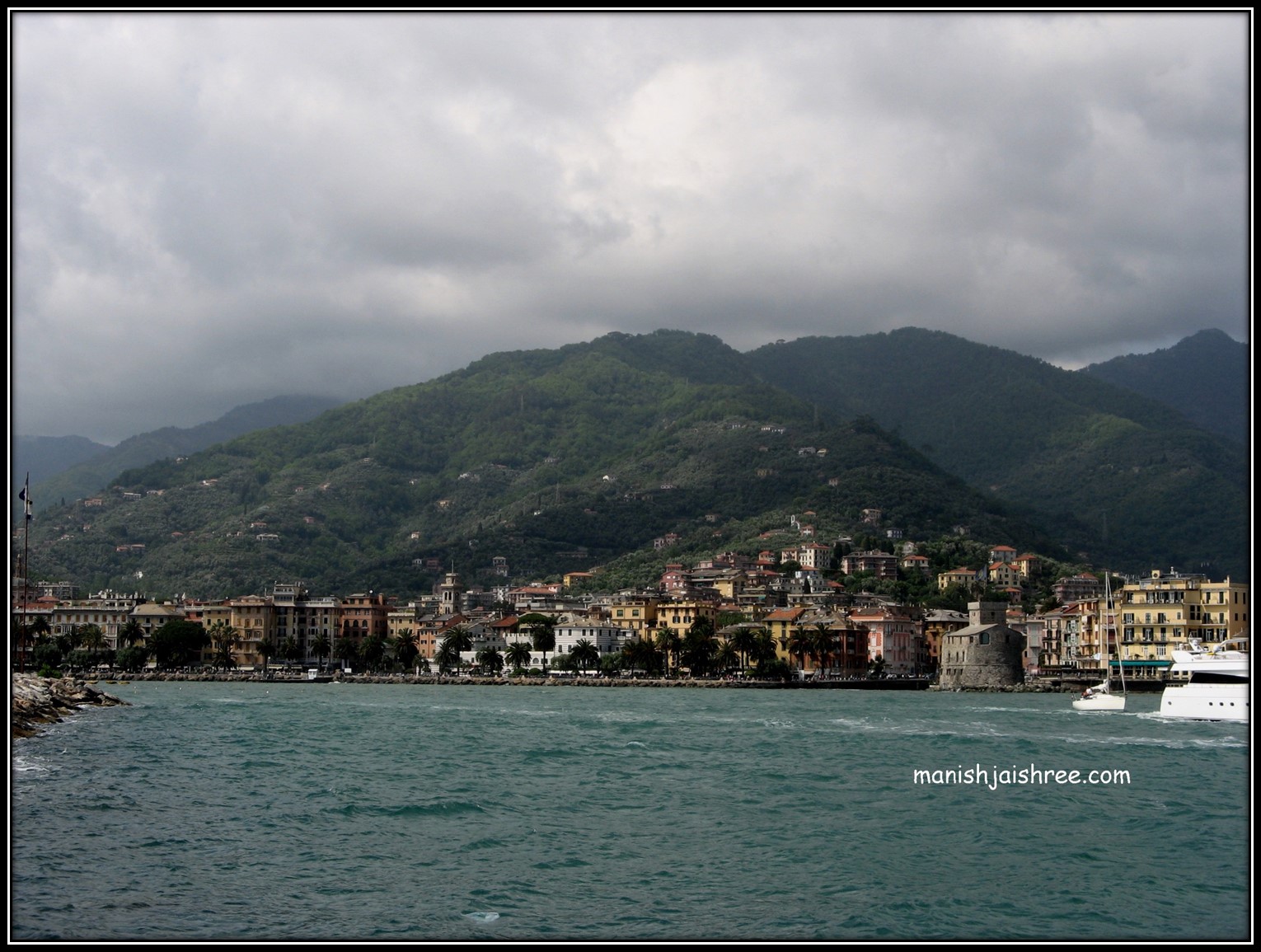 This Funivia goes to the Santuary of Monte Allegro, at a height of approx. 600 mtrs.Legend has it that Virgin Mary appeared to a farmer here, presenting him with a Greek-Byzantine icon and asked him to build a church to house it.There is a hiking trail from Rapallo to this sanctuary, which passes through Oak and Chestnut woods and past lovely houses and Villas.

We were their with a friend. He and his wife decided to take a ride up and down. They happily took Rachit along and we were to trek and reach there in some one and half hour, and then take the Funivia down to Rapallo. The hike was told to be very steep and if Rachit had not agreed to go with them, we would not have done this treacherous but beautiful hike and perhaps Manish would have been spared of a hard slap. I handed them some snacks and drinks for my son, waved goodbye and looked at Manish.

We had been parent for four years then and it was our first time to be together without kid. I felt the freedom and together we started, hand in hand, walking at our pace and talking our own things. I stopped to admire the beautiful houses, blooms in balconies, people mowing their lawns, a taste of luxury of having private swimming pools. We took our time there appreciating the mountain side houses as rest of the trek was to pass through heavy woods and we would not have much reasons to stop. 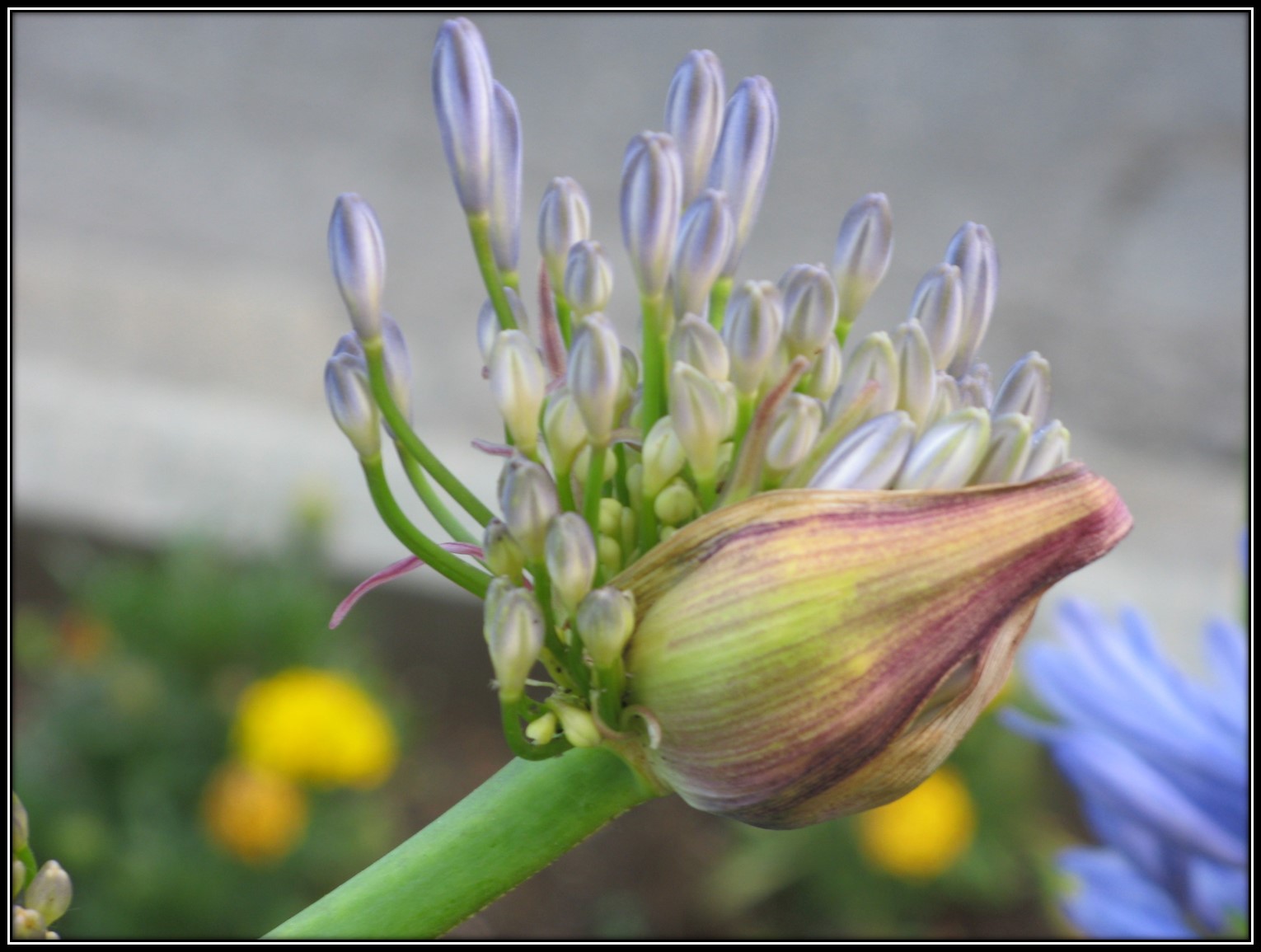 A few of these villas had farms, but they were fortified with high walls. Sometimes the barking of a dog was the only proof of somebody living in those mountain-Villas. A turn in the trek past one of such villa and there sprang a bunch of red cherries, hanging on some outside branches of a tree inside the boundary wall. We looked here and there, to find someone to take permission to pluck crisp red cherries but found no one. It was too tempting to leave the cherries and we found ourselves plucking a few. Cherry was crisp and juicy, flavors bursted in my mouth and the greed of tongue took hold. We plucked more and then came a thundering, heart-stopping bark of some ferocious dog. We ran and ran till we were safely away from that bark and the dog and the villa. A few cherries were still in my hand. We sat down and relished one at a time. 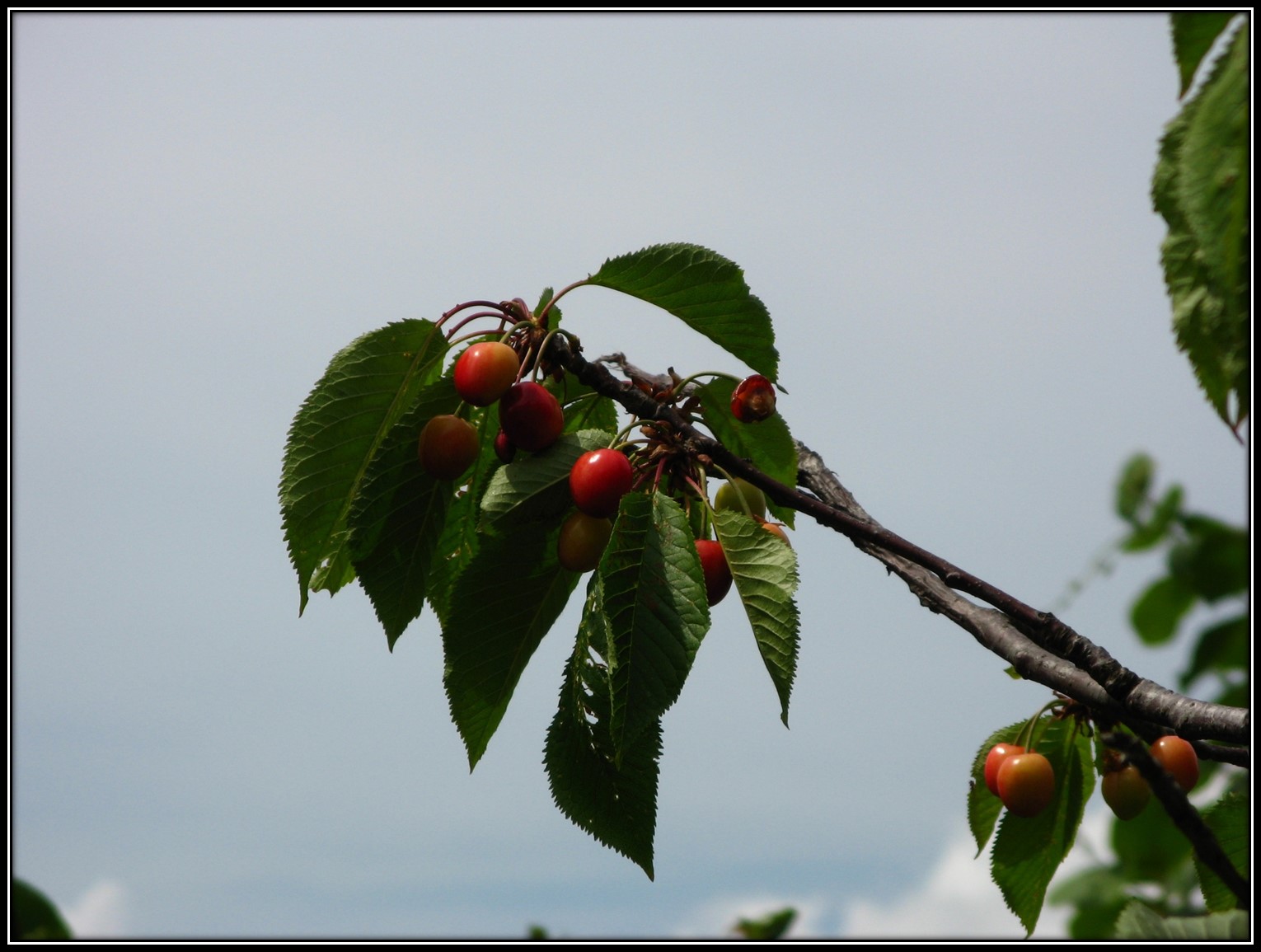 Another such villa, another bunch of cherries stopped us again. We plucked whatever was within our reach and again ran at the first bark of dog. I cursed the dog and thanked the people who raised walls so high that the dog could not jump out but cherries could.

They say that the beauty is in the eyes of the beholder. I doubted it when we reached at a point where we could see Rapallo and the bay and as far as Portofino and its bay. Can someone refuse to stop at such a sight and move ahead on his trekking expedition? 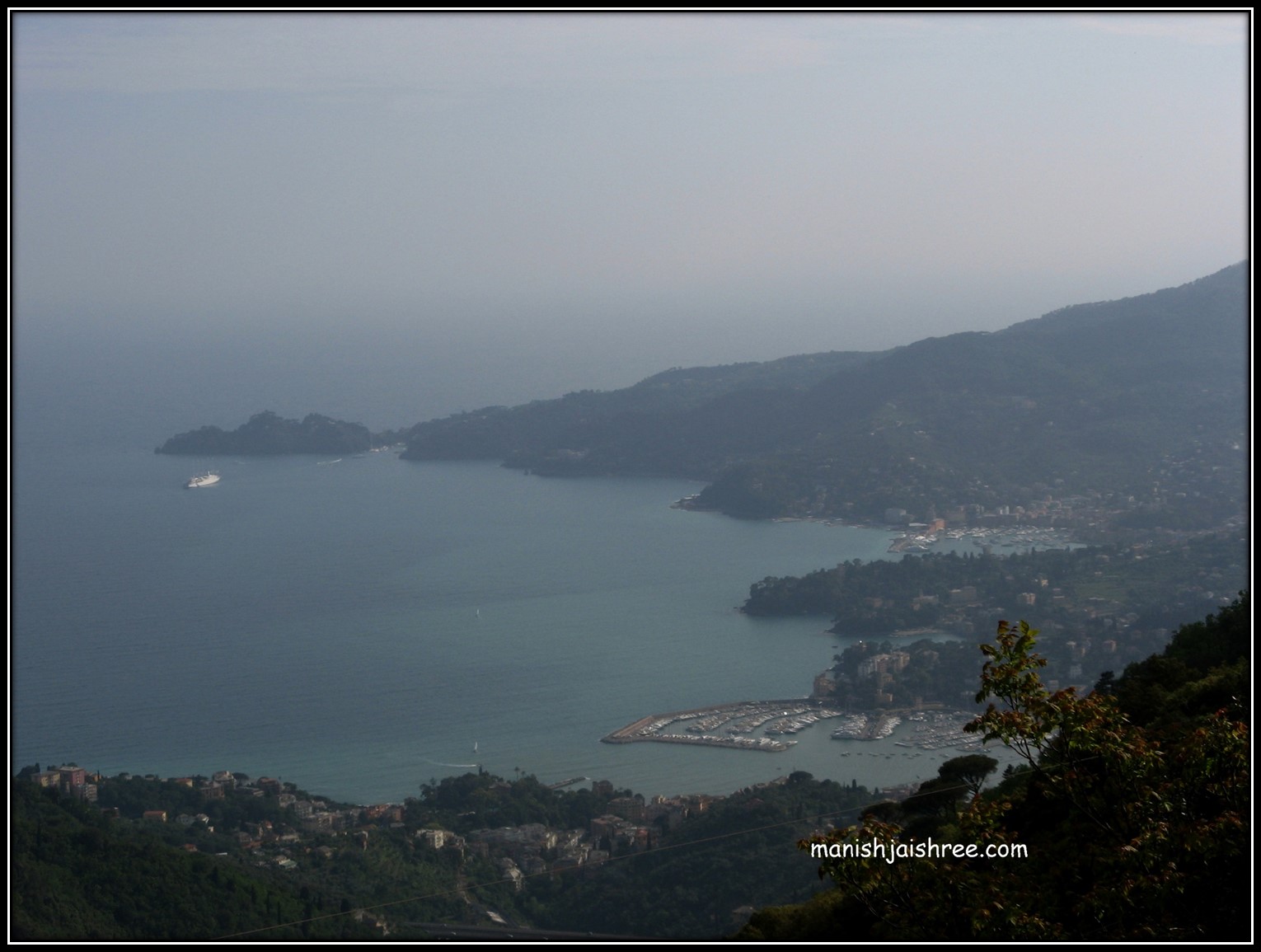 A few more photo-stops and we realized that by the time we would reach up, it would be well above three hours. The hike was relentlessly steep but we had no way out now. To aggravate the difficulty, path was paved with rough stones and we had to look where we put our feet. Despite the steep hike, we forced our leg muscles to do more than normal and reached well within three hours. But it did take a toll and we felt cramps in calves. 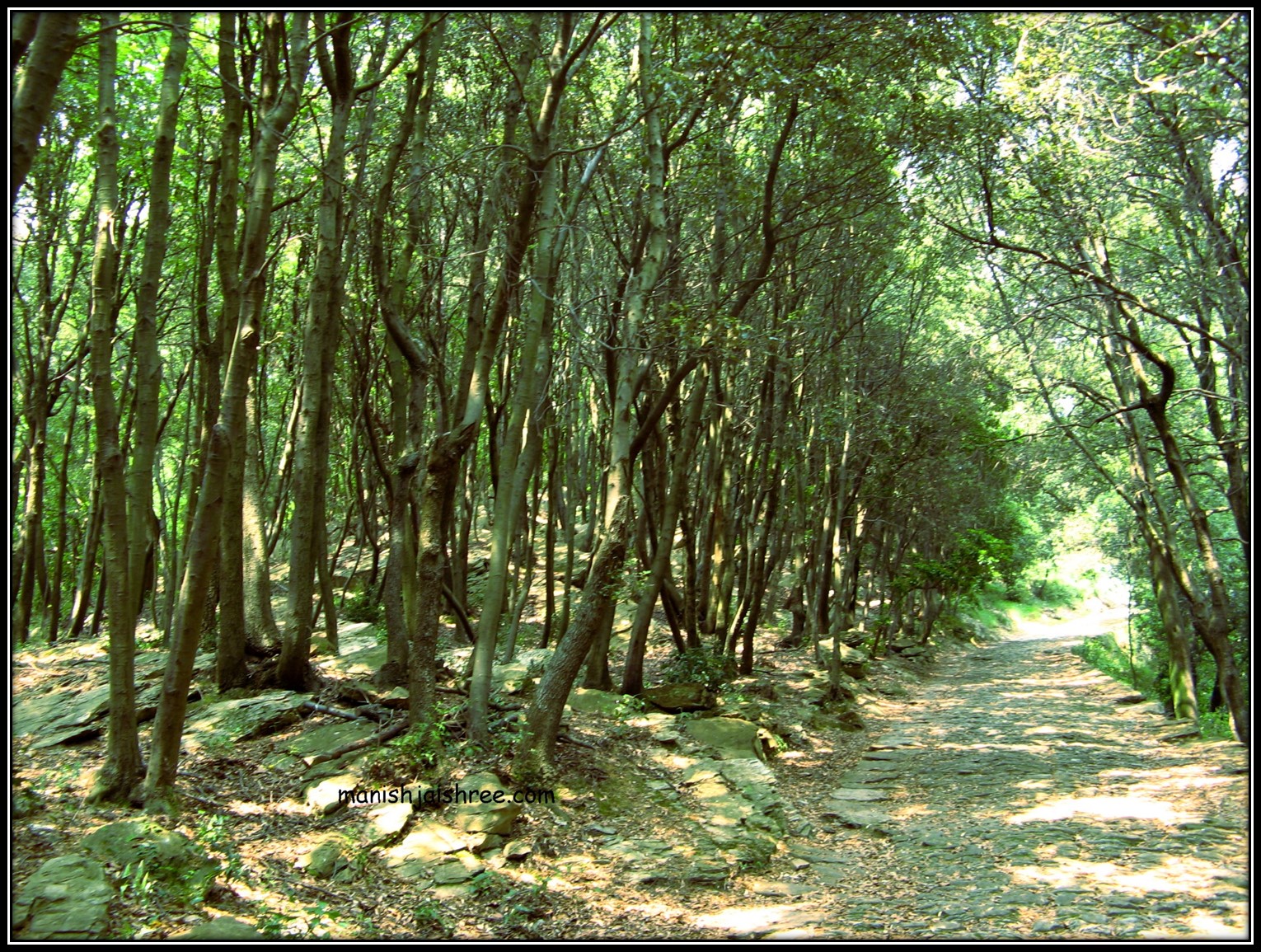 We pushed ourselves to almost running on a steep hike. My ribs threatened to jut out, lungs denied to take more worked load and heart throbbed to a dangerous speed. But all was ignored by mind who acted like Arjun, focussing only at ‘time’.

Now, this delay irritated our son to no end, for whom it was first time without mummy-papa and a small tantrum became a big one, which culminated in a sharp slap to Manish, the first and the last, from Rachit, and a scuffle broke out between the till-now-happy couple.

The plunge down to Rapallo in Funivia also gradually plunged the scuffle and touched the ground, both funivia and the scuffle. The views of bays thawed me and rest of the melting was done by Manish by bribing a leg massage for me and a big cone of Gelato to Rachit. 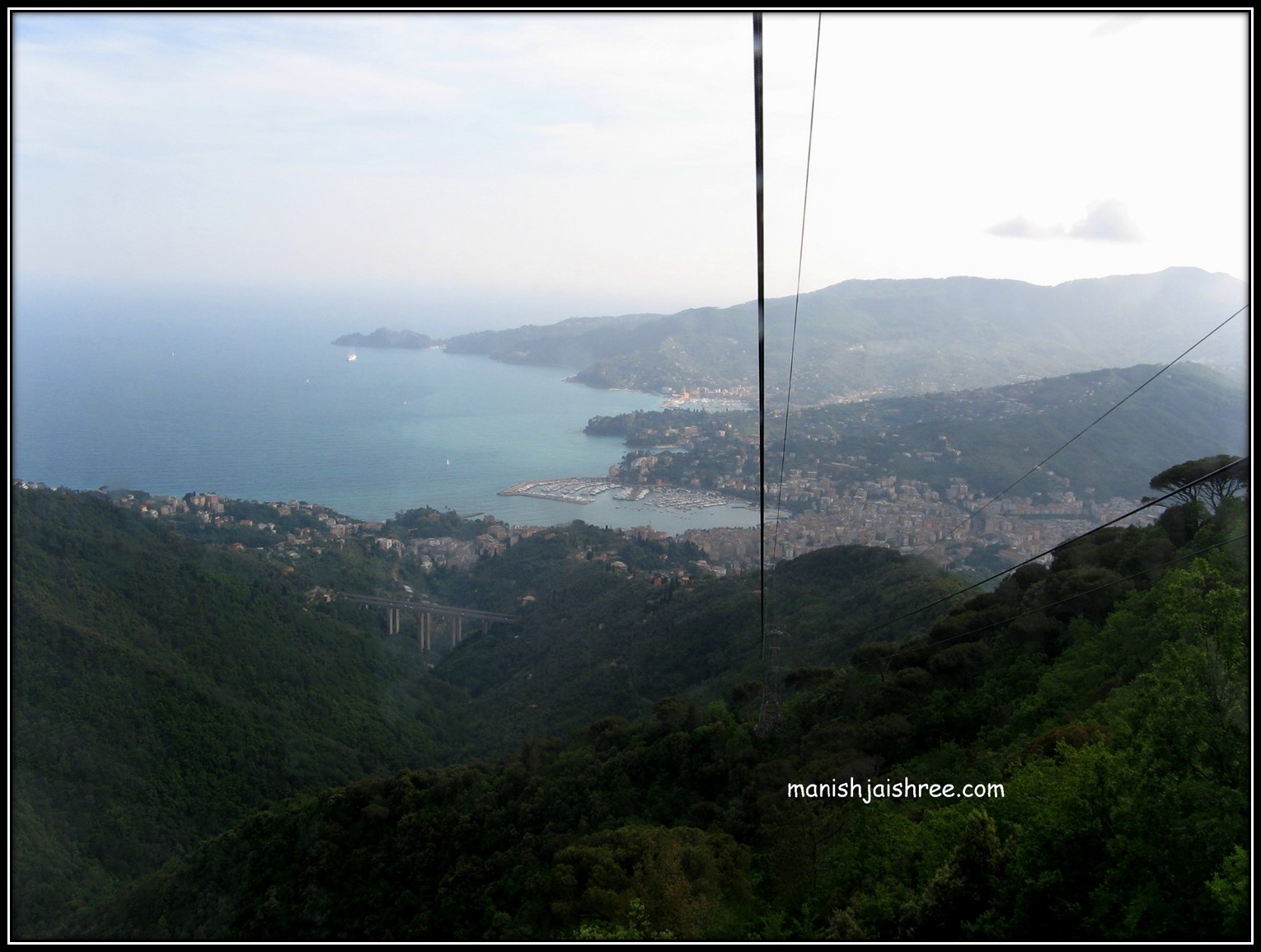 He played the role of an ideal husband and father and impressed his friends’ wife and showed a trailer to the husband what was to come in future!

And then wasted all his efforts of reconciliation by declaring that at times he had to manage two kids!

A hike to Montellegro was last modified: December 11th, 2021 by Jaishree Khamesra

Riding the waves in an old wooden boat on the unpredictable Indonesian sea is exciting. While I sipped coffee, the crew got busy with…