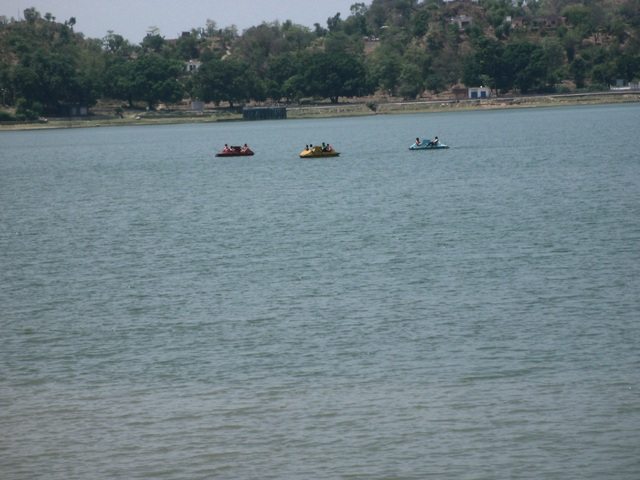 A view of Mansar lake

I had heard only about this lake so about other members of the party. It was the first visit to this beautiful lake as an additional place to visit. The lake is a big one with some sort of religious importance also attached to the place. A few shops have come up around the lake selling fast food and a small park for the kids having small rides and swings also exists there. To sum up the place looked to be a nice picnic spot for the natives and tourists from outside chance upon the place just by serendipity if they avoid Jammu on the way to the valley which happens rare. The lake offered something for everyone in the group. Kids were quite happy , water, water everywhere. Turtles in the lake and one or two coming on the banks excited the kids a lot. A lot of fish in the lake and a lot of hawkers there selling small atta golis  to feed them complimented each other. Though it was month of June, weather here was very serene and pleasant  may be a reminder of things to come. A huge tree and a lot of bats on that tree presented  natural picture and quite amazing one. I had not seen this number of bats anywhere and at any time. Bhakti, Pavani and other 2 kids in the party enjoyed themselves on the rides and swings. Fifth kid in the party was still a toddler at that time. We had a lovely time at Lake Mansar for about 2 hours. Came back on to the highway where 2 roadside shops were there. We all had tea and some snacks there and got ready to proceed towards Udhampur where we had planned to halt for night. 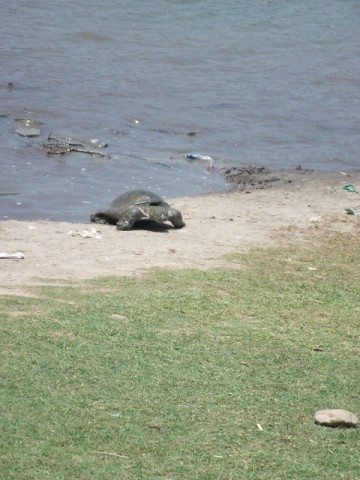 What’s it up to, dear 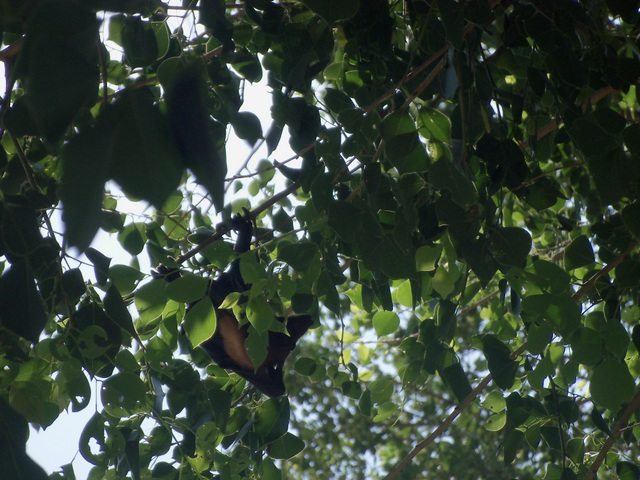 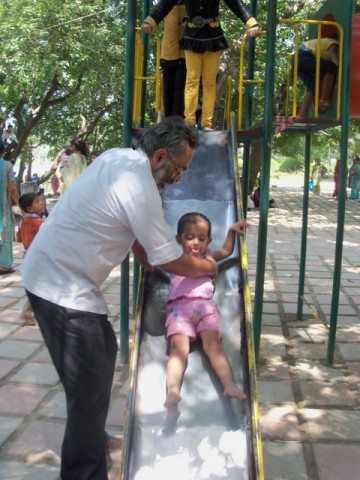 Pavani and yours truly

UDHAMPUR:  The city not quite a big one when compared to some of the other cities in some of the larger states of India is nevertheless an important city of state of Jammu and Kashmir. The city is a cantonment area and boasts of a newly built railway station with some of the trains to Jammu now halting at Udhampur and perhaps in the month of May some of the trains shall reach Katra also. My first worry was to search a decent hotel in the city. I came across a board of a hotel on the highway itself near the main chowk of Udhampur, inquired about the usual things like tariff, hot water facility , in house service and all. So the tariff at that time was Rs. 400 per night per room.Hotel was just O.K. It would have been better to go to Katra for night stay but decision had already been made. After relaxing for some time we decided to go for a stroll and hope to come across any tourist attraction there. After inquiring from the natives  we came to know that an ISKCON temple was nearby just across the main bazaar of Udhampur. It was a 10 minute way to that temple from our hotel. As with all (I’VE VISITED 2-3 ) ISKCON temples the ambiance was very serene and calm, soothing to nerves unlike the ambiance we usually associate with other temples. The reason I fail to understand…..

First scene in the premises was that of a group of boys (aged 6-10 mostly) engrossed in the evenig prayer and some dormitories there. I infered that  the temple authorities might be running Gurukul type school cum residence for orphan and poor children. The temple itself was a big one (a stone structure) . It was closed at that time , the main sanctum sanctorum but we roamed about in the courtyard near those dormitories. A small corner shop was located in the premises selling souvenirs and gifts mainly associated with Krishna. A small shopping spree found us buying some souvenirs  The night was falling with our stomachs  signalling us to fill them. In the temple only we came to know that the temple authorities were running a Mithai shop (mainly Prasad shop but selling fast food items also.). Govindam, yes this was the shop which was nearby and persons working there were in the dress of priests of the temple only as they had dual duty of managing the shop as well as their priestly duties. Snacks were just delicious. We had chaat, Dosa, ice cream for kids and our usual fare, Lassi. Most of the shops in the market had been closed till that time and the market was no tourist attraction so came back to hotel and rested for the night for an early morning  drive to Srinagar.

Remember the song “AADMI MUSAFIR HAI AATA HAI JAATA HAI” from movie Apnapan picturized on Sudhir Dalvi and that unknown girl in the bus en-route to Srinagar. The verses contain a philosophical message but in the language of common man which was forte of Anand Bakshi Sahib. As our vehicle moved towards Srinagar it seemed to me that a dream shall be chased in a few hours but the destination was quite far away. On the way the famous small but picturesque hill station Patnitop was there but we didn’t have any plan to stop there. But the place was extremely beautiful and eye-catching was visible from the highway itself. Lush Green valley with Pine trees engulfed that area and one could remember those immortal lines from Boond jo ban gayi moti “ye kaun chitrakaar hai, yeh kaun chitrakaar“. We had planned to have our breakfast at Kud, the municipality town which is famous for mouth watering desi ghee patisa and chocolate barfi. I thought that in the Kud Bazaar, there might be only 2-3 shops of these delicacies but what I encountered was not expected. At least 30-35 shops were selling these delicacies and most of the shops had already packed boxes of patisa and chocolate barfi. We stopped at Prem Sweet shop as one of my friends had told me about this shop only. With a great difficulty a parking lot could be made avaiable to us. The main Bazaar is a narrow one and lay on highway itself. All the group members relished stuffed Paronthas there and 3-4 boxes of patisas and chocolate barfi became our companions now but for the time being only(as apart from 4-5 pieces of this dark brown barfi, other pieces of patisa and barfi had gone to our stomachs till the time we reached Srinagar).

Zig-zag way and high radiant slopes at some stretches was mesmerizing us. My viewpoint was that whether you have been to all the hill stations like Dalhousie, Simla, Nainital, Mussorie etc. but Srinagar and adjoining areas had to be a notch better and I was proved right (my personal viewpoint). Ramban, Ramsoo and Banihal are the major towns or townships that come on the way.

As we came out of the hotel, It started raining but we were prepared for this. We took out our Rain-coats and started our exploration. In the market we bargained with an Auto wala and for Rs 600 he agreed to took us to various places including Hawa Mahal, City Palace, Amer Fort and Chokhi Dhani. First of all we went to check out the famous Hawa Mahal of Jaipur. Hawa Mahal is a palace built in 1799 by Maharaja Sawai Pratap Singh, so named because it was essentially a high screen wall built so the women of the royal household could observe street festivals while unseen from the outside.