I have been visiting Pune for the last so many years for my official work but it was not known to me that the protected site “PATALESHWAR CAVE” is just at a walking distance from the hotel where I generally stay.

After having my lunch, I had approx two hours spare time before taking my flight, hence I thought of visiting a temple Jangali Maharaj Temple which is hardly 200 – 300 meters from my hotel. 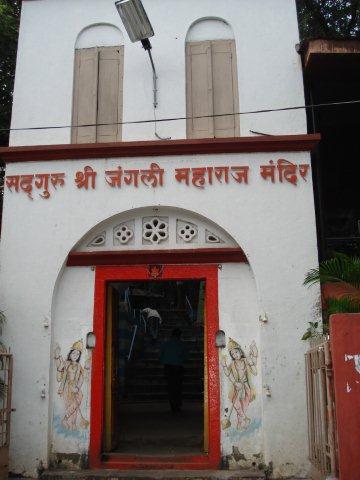 The Temple was built in 18th century. Today this temple is a famous landmark of Pune , road is named after it “ Jangli Maharaj Road” . 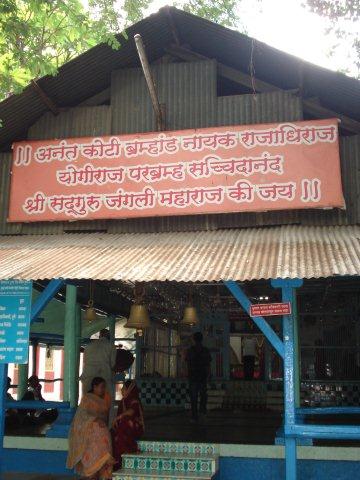 As I entered the temple, on my right hand side there was a small man made Pond with cow spout. The wall contains beautiful Picture of Men carrying Palaki. 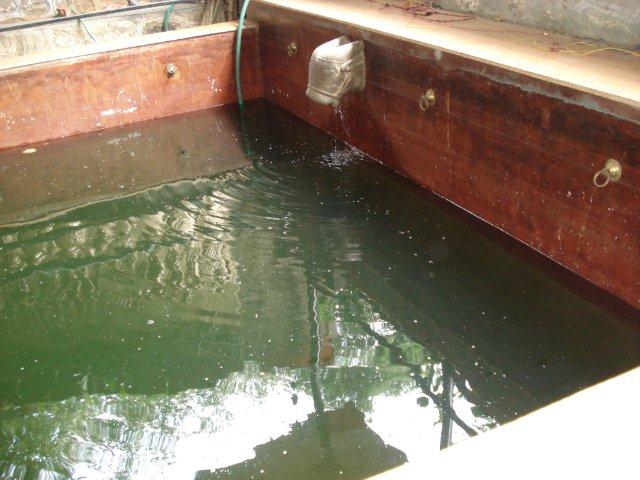 To reach the temple,I had to climb a few stairs . Out side the temple there is a huge bell along side a concrete Lotus.

Inside the temple first there is a Sabhamandal & than the Samadhi of Maharaj. After offering the prayer I came out of the temple. When I was taking a round of the temple suddenly I saw a temple with a flattened top of the monument on my left hand side. I asked some body about it, the guy sitting there informed me about the Shivji’s Temple situated just adjacent to the premises of the temple. There are stairs to go down to the monument from the Jangli Maharaj Temple.

Once I reached there I saw a board in which the history of the Monument was mentioned,I was too surprised to know that it was a Protected Monument – PATALESWAR CAVE. It is very disappointing that there is no sign board outside the site which can inform the visitors about this sight. If you are planning to visit this cave you need to ask for the Jangli Maharaj temple other wise you will keep on roaming around the Jangali Maharaj Road. 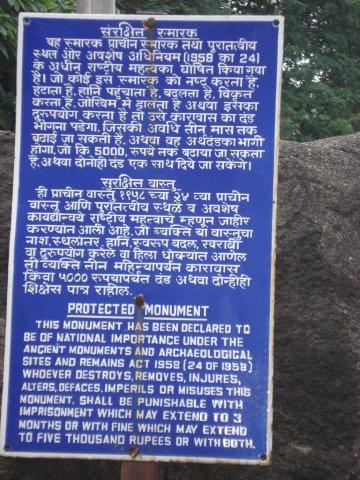 PATALESWAR CAVE ( Patal means underground & Eswar means God ). This temple is a rock-cut cave temple, carved out from a single rock in the 8th century in the Rashtrakuta period. The entire structure is carved out of basalt or black rock.

Once you enter the gate on the both sides there is a park where one can see students reading books under the shadow of trees & some senior citizens chatting.

At the end of the park there are the stairs to go down and one gets to see the huge circular umbrella shaped structure called ” Nandi Mandapa” which is supported by stone pillars. This mandapa is one of the peculiar structures of Pataleshwar.

stairs to go down to Cave 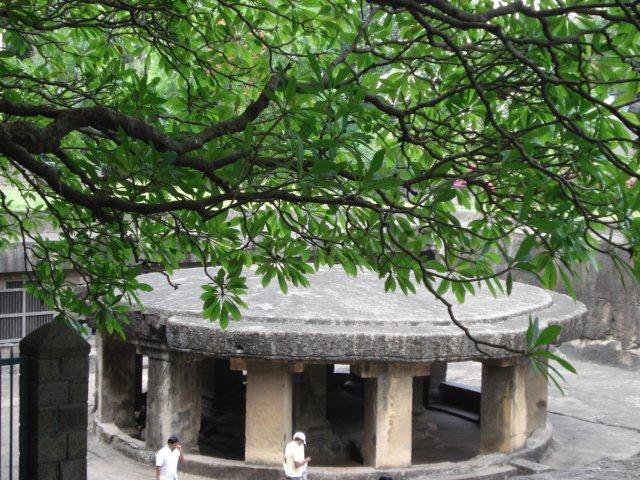 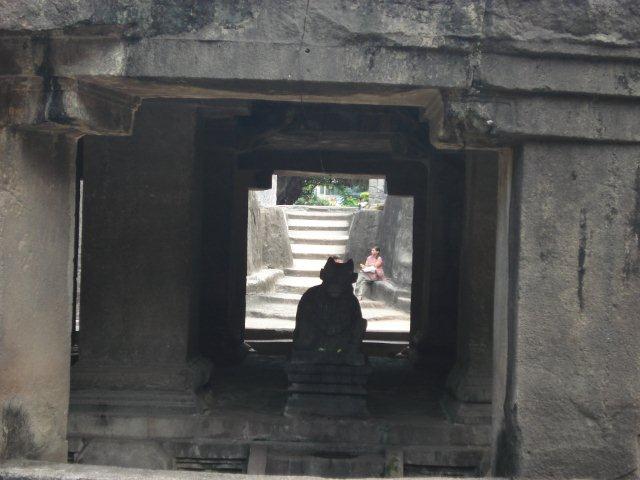 After the Mandapa, there comes to the entrance of the shiv temple.The temple was lighted due to a few CFL’s. At the center of the cave, Shiv temple is located in a cube-sized room. 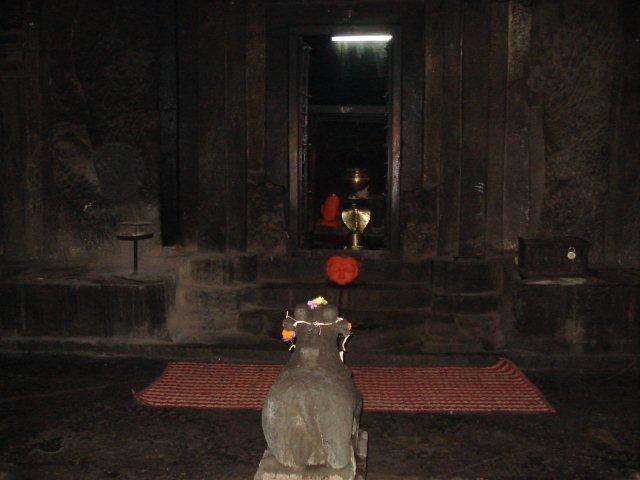 Shiv Temple inside the cave 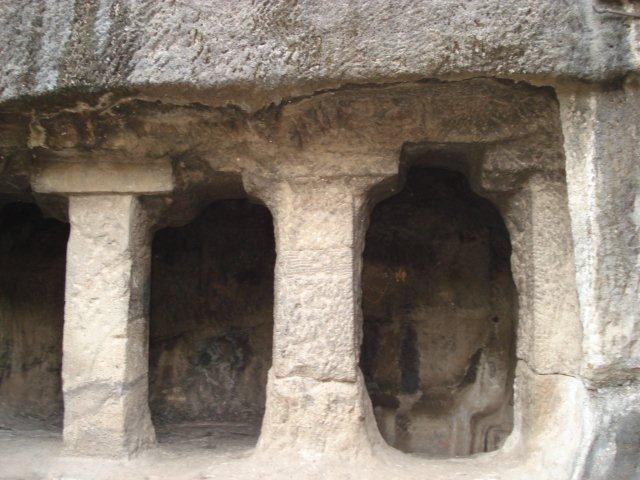 There is a huge courtyard supported with pillars, The place looks like for the meeting of people. I saw couple of people enchanting Mantras & reading holy books. I asked some of the people there about the history of the temple but no one was knowing it except that It is almost 1200 years old. The information about the cave & temple is neither available on net nor at the site. 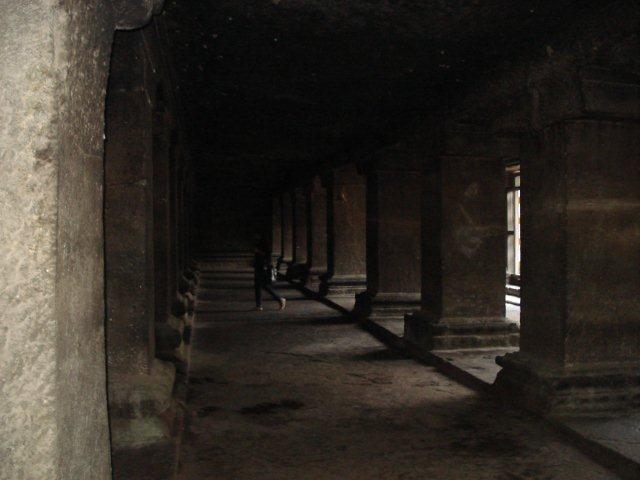 I clicked few pictures & took a parikrama of the temple , while taking a parikrama I passed through the statues of Sita, Rama & Laxman carved with white stone. It was very peaceful & calm inside the temple. The sculpture of the Pataleshwar cave temple is not completed but left incomplete, possibly because of a fault line found at the back of the sanctum sanctorum, which made the further sculpting unsafe. 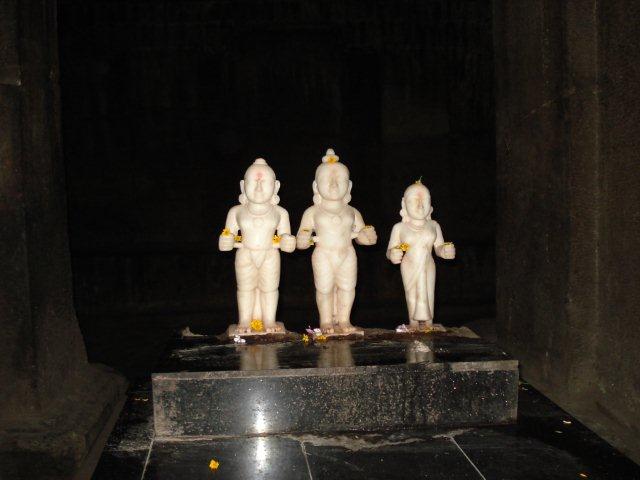 It was a good experience to see such an ancient monument right in the heart of the city.

A Visit to the Protected Monument “PATALESHWAR CAVE” by chance was last modified: March 12th, 2020 by Mahesh Semwal

Manali, a picturesque hill station situated at a height of 6308 ft lies at the northern end of Himachal Pradesh and is undoubtedly one of the best Hill stations India has. At a distance of 550 km from the capital city of Delhi, Manali is the most sought out holiday destination for travelers. The snow-clad hill tops and amazing scenic beauty captures every person’s heart and offers an immense yet an extraordinary experience, no matter how many times you visit the place….. For me, it’s my favorite destination to let loose and embrace what life has to offer…along with a calmness that soothes the soul… so last winter’s we set of for a wintry holiday to Manali to celebrate a white Christmas!!
Distance from Delhi: 550 Km