Next morning I woke up with roaring sounds of water, and was surprised to see that the small canal running between the village, originally meant for carrying rainwater from mountains were overflowing with furious rapids, sending fear of flood to villagers—a sight which even those villagers had never seen in their entire life, and too add it was still raining with all its might. We came down from our room to inspect the situation in a hope to resume our journey and was informed that there is a heavy landslide just after crossing purola and before Naogaon, and one will only be able to go ahead once the road will be cleared by JCB which could come only when the rain stops. We also understood that it is vain to expect any help before the rain stops, so entire day we kept staring at the sky and kept praying for the rain to stop. There was no sign of relief from rain till 3 pm, and again an unanimous decision was taken to wait till next morning even if the rain will stop.

Since we were having nothing to do, we started exploring Purola on our foot. It was a beautiful village holding the charms of mountains. Boys were roaming around the homes of the girls and were blaring horns of their two-wheelers on seeing their fancies, which kind of brought smile to our gloomy faces.

The rain stopped completely by 6:00pm, and that was a time for celebration not only for us but also for other stranded travellers sheltering in Purola. We celebrated the evening by ordering best food that we could get at that place and then went to sleep with hope for a better tomorrow. 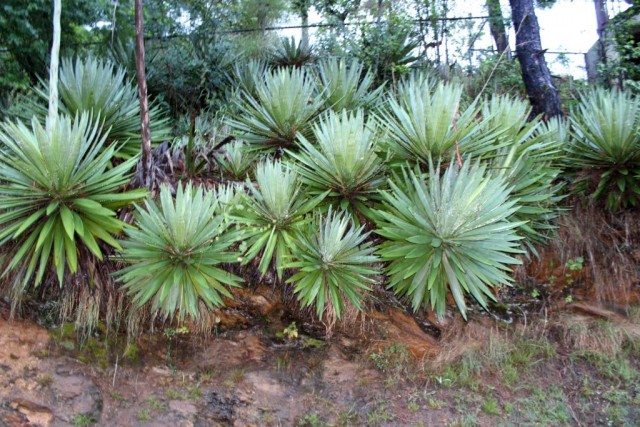 18-June-2013
This morning, it was hard for us to keep our happiness in control since it was a full sunny day. We thoroughly cleaned and washed our cars and began our journey after hearing that JCB are in action to clear the roads. There were three cars and one Tempo Traveller that started from Purola together with our car taking the lead. Our car was soon stopped by a boulder that came down on the road in front of our eyes. We gathered some courage and moved ahead assuming that we will pass through with not much of difficulty, however, we were wrong, as one of the tyre of the car got off the road and in order to escape it we steered it to left and car collided with boulder and damaged the left side. I immediately went out of the car and broke the boulder with iron rod so that at least other vehicles can easily pass without any damage. The journey resumed and we kept crossing potholes and small rocks that JCB ignored to clear while making way on road. It was an easy drive and we crossed Naugaon without much of difficulty, but was made to halt by a long queue of over 1000 vehicles that were waiting for a bus to be rescued that got buried under a big tree and boulder that came down due to land slides. 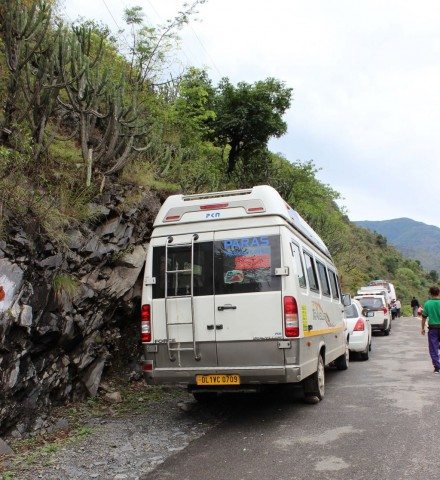 Buried bus and the volunteers

The stranded people—youngs, adults, elders and even kids were using all their might and power to push the bus out of this mess but all efforts were going in vain. With every effort, the bus was sinking down the road since the water has hollowed the soil. Being there, we came to know that an elderly lady travelling by this bus has lost her life while on pilgrimage tour. Later a JCB from Naugaon was called for rescue and journey was resumed. It was not the end of ordeal. After ten odd kilometre the cavalcade of vehicles was welcomed by a large mountain that got drifted due to landslide. By no means one could think of crossing that to other side of the road.

Four JCBs were called from Purola and Naugaon to clear the boulders. I along with couple of my mates trekked to other side of the mountain to discover a small village with the name Damta (Tehsil: Burkot, District: Uttarkashi). Since a lot people was trekking down to Damta to bring some eatable for their dear ones sitting in the vehicles on other side, the village authorities got alerted that a big cavalcade is going to shelter in their village as soon as the landslide got cleared. The authorities of the small village started making arrangement for the fooding of over 2500 travellers. Hurriedly they started preparing some sharnarthi camps to offer shelter and food for the travellers.

By 7:30 in the evening the passage got cleared by JCBs, and as soon as the vehicles started to enter Damta the police authorities started announcing: Aap sabhi yatriyon ka Damta gaon mein swagat hai, apke bhojan ki vyavastha school aur mandir dharamshala mein ki gayee hai, kripya ghabrayein nahi aur bhojan grahan karein We were overwhelmed with this gesture of the authorities of this small village who were offering free food to stranded travellers. The local villagers also offered places for night stay to travellers at very nominal prices, and all the shopkeeper were warned not to overcharge any travellers for any food items. After having dinner at Sharnarthi camp, we also took the shelter in the house built over local Police Station.

19-June-2013
Damta, being a small village was not prepared to host so many uninvited guest, the scene of the next morning was not very pleasant. The travellers were found to be fighting with shopkeepers for milk and other essential eatables without knowing the fact that poor villagers have ran out of all their stock. The situation was getting worse with each passing minute but there was no escape route for the travellers as the road ahead had been completely washed off due to flood. This was an alarming situation for village authorities since their own food reserve was also continuously depleting. A meeting of gram panchayat, authorities and policemen was called in Police Station and all of them agreed to make way for the stranded travellers by any means. Work for formation of alternate road started by 10 am in the morning by two JCBs. The action plan was to break the mountain and prepare an incline that can allow vehicles to cross on other side of the road that was washed off. The inclined got ready by 4:00 in the evening and now the next big task was to help vehicles cross on other side of the road since the steep was too high. A number of travellers and villagers volunteered to push the steering vehicle upto summit of inclined and policemen were instructing every vehicle to keep the accelerator pressed in first gear and warned them not to apply brakes while going uphill. Some vehicles pass on their own and other were made to climb the inclined with the push of 8-10 people. Every passing vehicle saluted the local authorities for all their help and hospitality and moved ahead, with JCBs leading the path. 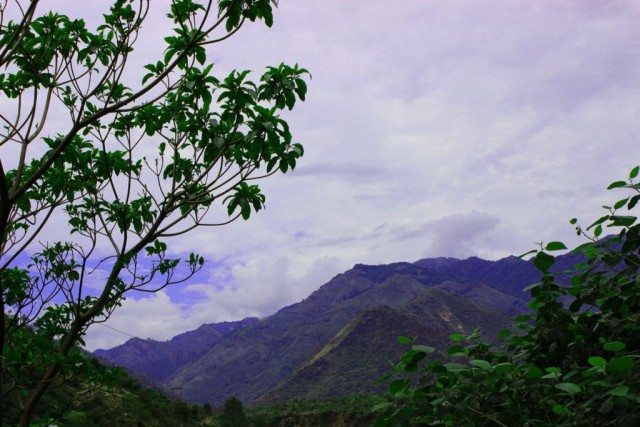 The situation was really worse in the entire Uttarakhand during that period and we again had to break our journey due to a landslide near Dharasu bend. The JCB again came into action but the operator lost his hope after a real struggle of three hours. He was very tired and hungry and wanted to go back home in Damta. People started pleading in front of JCB man for not leaving them stranded at that no man’s land in the night. Hearing all this we approached him, offered him some biscuits and water and requested him to help all of us in this difficult time. The gentleman agreed and worked hard making the passage clear in another two hours. As a remark of our thank to him, Gurdeep collected Rs. 10 from each vehicle and gave the collection of Rs 2000 to him. Earlier the guy refused it saying Sir ye to mera kaam tha, later accepted it when we insisted.

The journey between Dharasu Bend and Yamuna Pul was more and less smooth and the last major hurdle came while crossing the inclined near Yamuna Pul which was temporarily made to make path for the travellers. It was so steep that most of the vehicles were failing to rise above even with external push. There, we had to help a number of cars including ours to rise up the inclined to cross it and in this process the anterior region of our legs gets wounded due to stones flying by movement of wheels. By God grace there was no significant blockages after that and we took the Mussoorie route to reach the ground. We took a sigh of relief on reaching Dehradun at around 6am on 20th morning and had our first bite of food after 20 hours in McDonalds at Mansurpur, Muzaffarnagar on NH58 before heading home in our wobbling car with flat tyres. 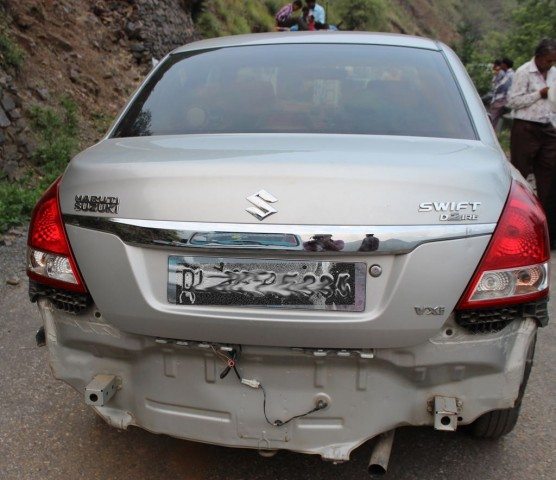 Lastly, I would like to thank Atit and Kartik for all their support and help in that difficult time.

Remember the song “AADMI MUSAFIR HAI AATA HAI JAATA HAI” from movie Apnapan picturized on Sudhir Dalvi and that unknown girl in the bus en-route to Srinagar. The verses contain a philosophical message but in the language of common man which was forte of Anand Bakshi Sahib. As our vehicle moved towards Srinagar it seemed to me that a dream shall be chased in a few hours but the destination was quite far away.