Thought on going on a summer break was up in the mind since June started but could not finalize the destination. On a fine Monday morning 11th June, while going to office after a relaxed weekend spent with family, the idea clicked to go on a road trip and the destination which was calling was “Nepal” Kathmandu and Pokhara. As soon as reached office started exploring blogs on “road trip to Nepal”. Got motivated after I saw many people have already done this trip. What else was required? Is the family in for this trip? Does my car ok for the trip? Called Pooja and have an agreement to start our Journey next morning and that was quick. Later in evening got the car checked up for the trip, kept extra engine oil. 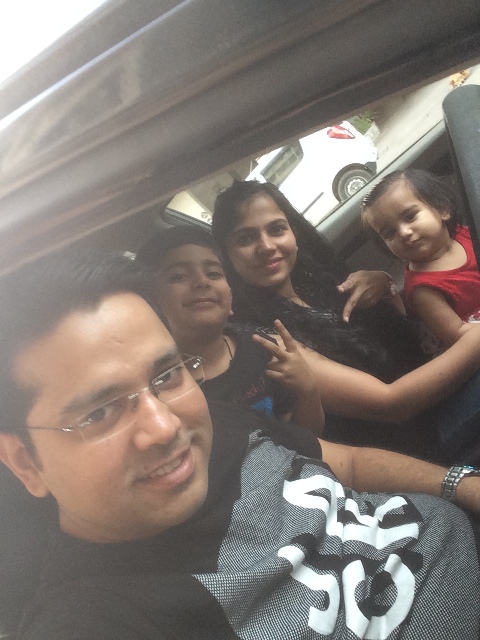 Started 6 AM in the morning, followed Taj Expressway and Yamuna expressway till Lucknow. It was a pleasant drive till Lucknow and later till Ayodhya (Faizabad) road conditions were pretty good. Just needed timely breaks and drive between 80-90 to maintain the tyre temperature low. There have been instances of tyre blasting in past on these highways. Reached Ayodhya at 6 PM in the evening and stayed at Hotel Ramprasth. Nice hotel with great food, their restaurant is quite famous “Makhan and Malai”. Tariff for a Deluxe room- 2250/-

Could not go to Ram Mandir as it closes at 6 pm in the evening. 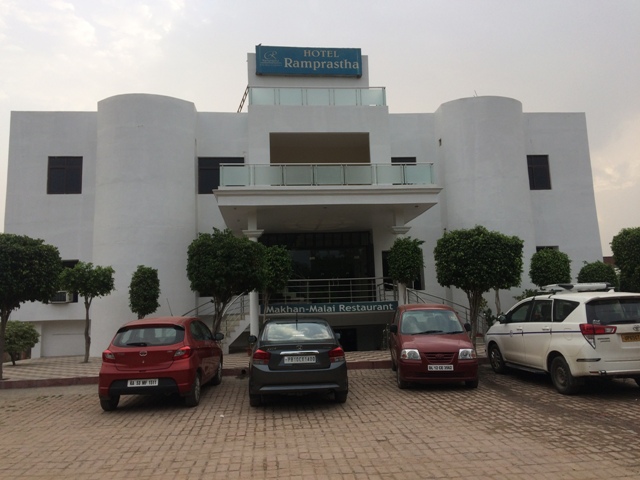 Again started our journey at 6 AM in the morning. Roads were pretty good. Considering family had a bad time finding a good place to eat. Finally had to stop at tea vendor in Campirganj and cooked Maggi myself for us as😊 breakfast. This guy was very nice as he allowed me to cook and he served excellent tea which was badly needed on a road trip. Reached Sonauli border in the afternoon around 2 PM. The border is open 24 hours (but closes to vehicles at 10 p.m.). However, it’s best not to arrive there late at night.

Now it was time to make car permit to enter in Nepal, they call it “BHANSAR”. On the border, there are brokers who come to you and ask if they can help in getting car permit by charging 200 Rs extra. I decided to let him do this for me as I didn’t want to use my energy in standing in the row. An important thing to consider is the duration of the permit, I took the permit for four days considering I would spend 2 days each in Kathmandu and Pokhara and I forget that I will exit the border on the 5th day. And I had to pay fine for that, my advice to keep the permit for 1 day extra.

This process took 30 minutes and in the meanwhile, I bought a Nepali SIM with some data enabled and got some INR converted to NC. SIM card cost – 200 INR for SIM and 270 INR for 3.5 GB data. Currency conversion – 100 is 160,😊 my first time to any country where I was feeling rich. Started for Kathmandu, the drive was hectic as an almost entire drive is on the hills with a lot of traffic (mostly trucks). Reached Kathmandu at 10 PM and booked a hotel in Thamel. Thamel is the best place to stay in Kathmandu as its very near to markets, temples and casinos. The place is very happening. Hotel Bishwonath, Tariff – 2000 INR per Day. Staff was very polite and their service was excellent. However, Naksh was scared of the bathtub after the recent news on a celebrity found dead in the hotel bathtub ☺ 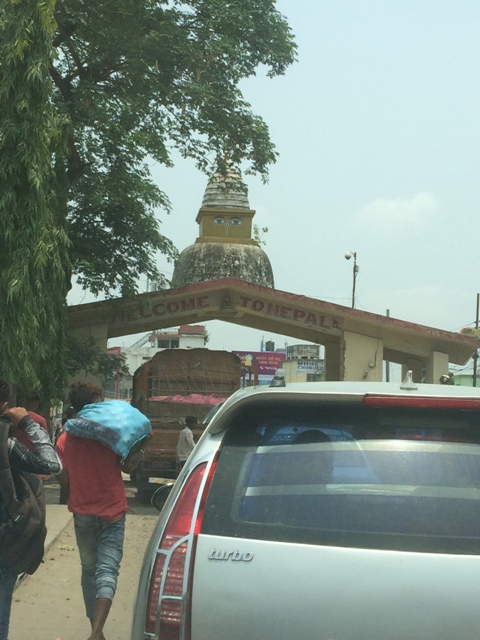 Kathmandu is also known for its Casino’s, we could not go to the casino as we were accompanying kids. 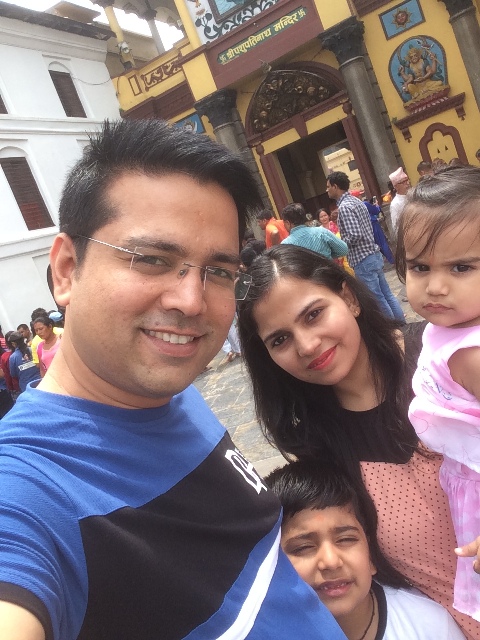 Drive from Kathmandu to Pokhara is on hills but not that hectic as half of the way is cool with less traffic. Started again at 6 AM and reached Pokhara around 2 PM. The best place to stay in Pokhara is near Lakeside, there are a lot of Hotels nearby and it is a very quiet place. You can easily get a good hotel in around 2000/- INR. I stayed in Hotel splendid view and it was excellent. It was heavily raining in Pokhara so I decided to stay at a hotel for rest of day.

There are some more nice temples and caves to see, also you can do paragliding as well in Pokhara. We could not do it due to bad weather. 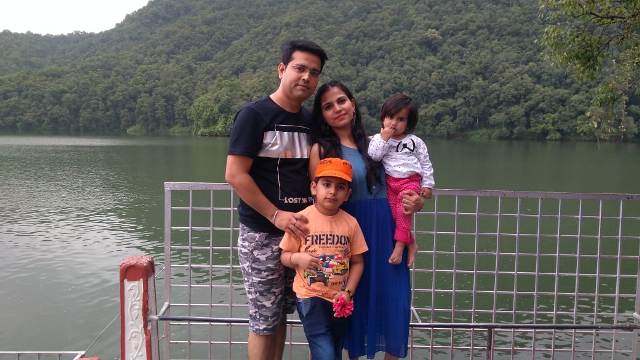 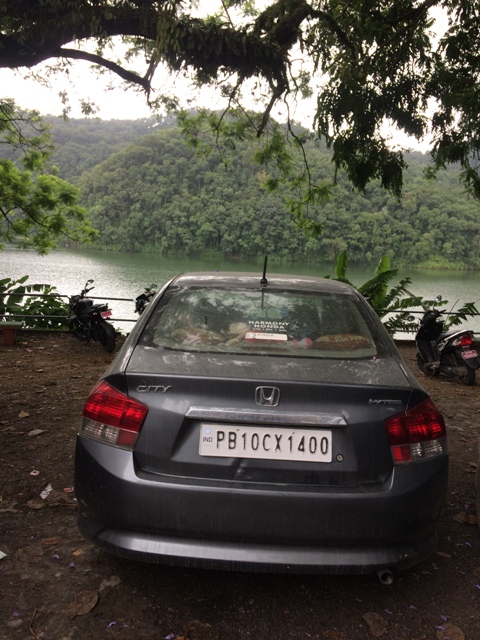 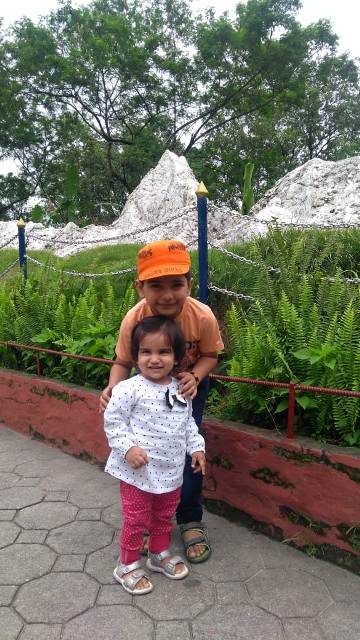 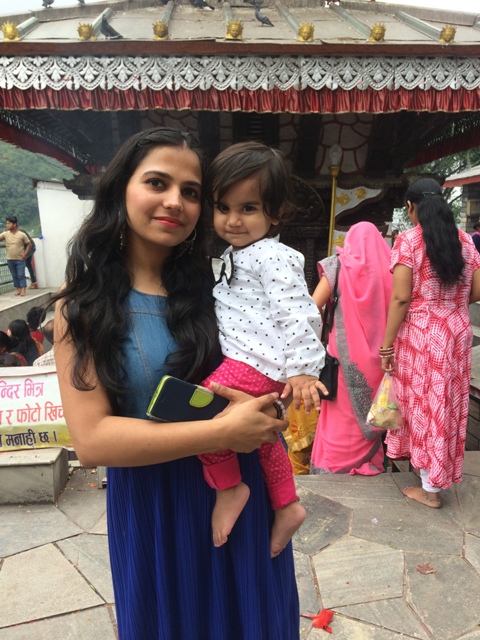 Could not start my journey at 6 AM this day as one of punctured tyre surprised me in the morning. Started my journey at 8 AM and reached Bardiya at 8 PM. Bardiya National Park has located 13 KM’s off-road from EW Highway in a small village. I had a hard time to cover these 13 KM’s as there were no street lights and the road was under construction. Had to follow tyre prints and luckily, I reached near National Park. This place was haunted with no lights and animal sign-boards everywhere. No one was willing to rent a room in their resorts as their staff was out to watch footwall world cup. Pooja approached a local old age lady and tried to explain our situation. She could not understand Hindi but she understood the situation and helped us a lot in finding a place to spend the night.

Finally, we got room to stay at Mr B’s Place. Mr B and his wife are the owners of the resort and they themselves made the room ready for us. As the staff was not there, they served us the local Nepali food from their kitchen. Such a nice couple they are, we shall never forget that night and all help by this couple. 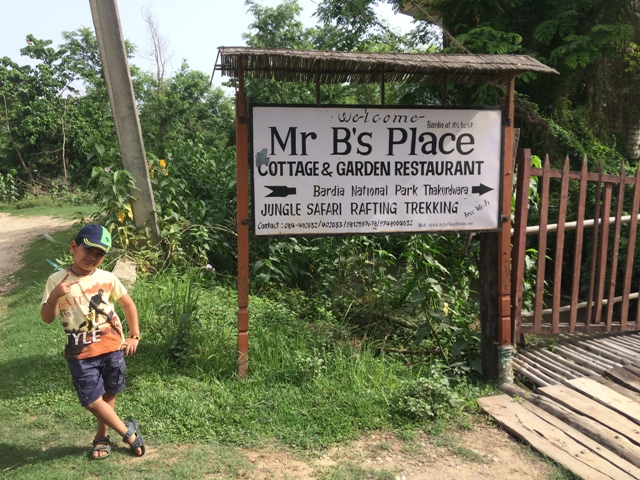 Time for another challenging day, a car was running out of fuel. Had to drive backwards for 7 Km to fill the tank and another surprise was waiting for us. There was no fuel available at both fuel station and another fuel station was 50 km’s away which I could not manage. Good thing is that in that area small shopkeepers also sell Petrol, they charge slightly higher and you cannot trust the quality of that fuel. For emergency, you don’t care about both. Filled up four litres of fuel and resumed my journey.

Reached Banbasa border around 2 PM, where they fined me for 2260/- NC, for extension of car permit. If your permit expires before your exit from Nepal, you are supposed to pay 2260/- NC as fine per day. In my case, I requested them and waived it for one day and charged only 2260/-. Crossed the border and followed the way through Rudrapur-Moradabad-Ghaziabad-Gurugram, reached home at 02:30 AM in the night due to a lot of traffic jam and bad road conditions. 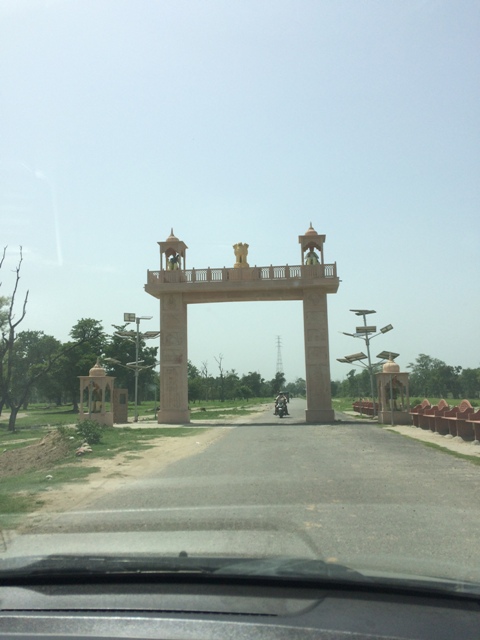 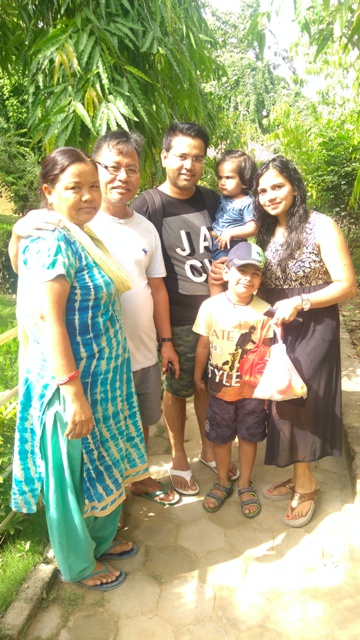 Professional working with an IT organization. I want to explore the World before I run out of time. Proud Ghumakkar!!