In my previous post, I gave you a virtual tour of Sin City, Las Vegas. We now move on to celebrity paradise, Los Angeles. LA, the pulse of Southern California, conjures up countless images, from palm trees and Beverly Hills, to Hollywood and Disneyland. Here, nothing is as it seems. In fact, illusion and misdirection are intrinsic to LA. 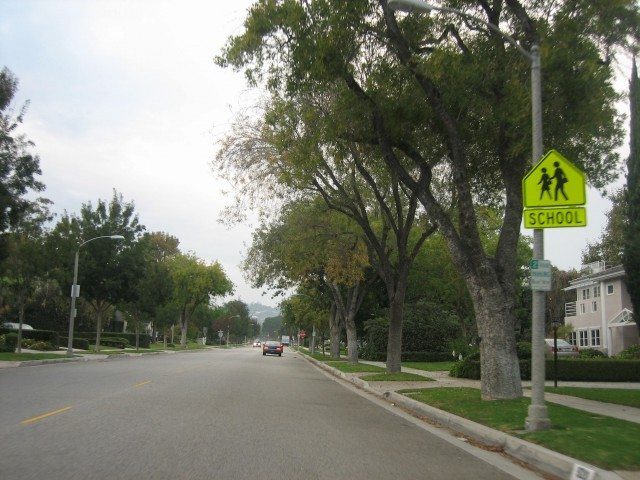 LA, the pulse of Southern California

We figured this out on day one itself, when we landed at the airport and hailed a shuttle van to take us to Ramada Hollywood hotel. Our driver turned out to be a Bangladeshi and started chatting with me in Bengali when he found out I’m from Kolkata. But my glee at meeting someone who could speak a familiar language evaporated soon afterwards, when I faced the same inefficiency and incompetence that I’m used to seeing back home.

For one, the van was filthy and messy (quite unlike any of the cabs I’d seen in the US) and the driver refused to turn on the AC even in the sweltering heat. Moreover, after picking up another couple besides us, the driver continued to take several rounds of the sprawling airport terminal in search of more passengers. Finally, he did manage to find two more passengers. But by then, the earlier couple, fed up of the heat and grime, decided to get off and hail another cab.

As a result, our driver spent another 20 minutes circling the terminal, searching for two more passengers to replace the ones who had got off! All in all, it was at least an hour before we left the airport, and another hour till we reached our destination. Phir bhil dil hai Hindustani… I still gave him a good tip, even though I couldn’t help feeling that American cabbies are much better in terms of cleanliness and efficiency.

After this eventful start, we plunged head-long into more action by visiting Universal Studios Hollywood, the world’s largest movie studio and theme park. Featuring a variety of attractions, rides and shows with awesome special effects, this glimpse into the world of cinematic make-believe left us speechless!

The most popular attraction was the Studio Tour, a 45-minute tram ride, which gave us a behind-the-scenes look at movie-making techniques.

The tram passed through numerous soundstages, movie sets, props, lights, cameras and all the action associated with film-making. The smouldering plane crash from War of the Worlds, high-octane car chases and raging explosions from The Fast and the Furious, parting of the sea in The 10 Commandments, the mechanical shark used in Jaws, fake dinosaurs of Jurassic Park, a roaring King Kong tearing apart a bridge, falling helicopters, fake skies, crashing trains, floods, fires and earthquakes – we saw it all. 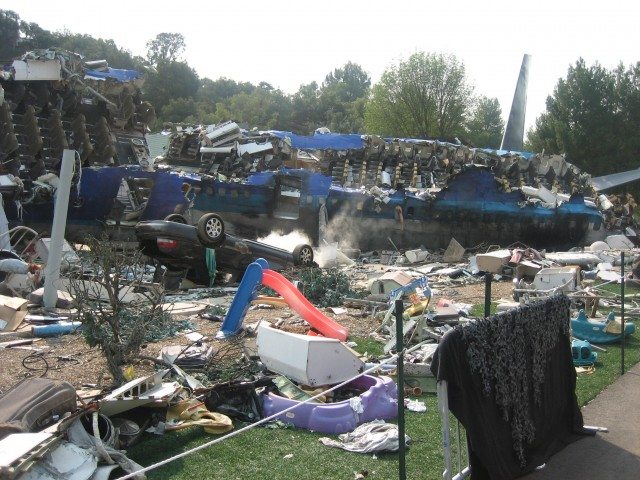 Smouldering plane crash from 'War of the Worlds'

Raging explosions from 'The Fast and the Furious'

Parting of the sea in 'The 10 Commandments'

We followed this up with heart-pounding rides like Jurassic Park and Revenge of the Mummy – a slow ghost train with animatronics, turning into a pitch black roller-coaster, with operators that whooped like demented sea-lions! The shows were stunning too, be it the 3D Terminator-2 show, the 4D ogre-the-top Shrek adventure, or the live stunt show called Waterworld. It was a day well spent, with movie-making magic at its best. 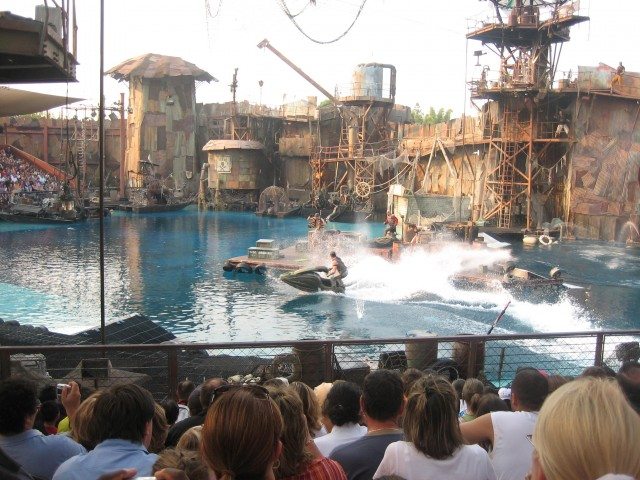 The next morning, we headed for the legendary Walk of Fame at Hollywood Boulevard, which is a tribute to Hollywood stars through the ages. I couldn’t control my excitement as I jumped from one star to the other, trying to locate my favourite celebrities.

“Oooh! Here’s Keanu Reeves… and look, I finally found Tom Cruise!” I squealed in delight, gesturing frantically to my husband, who was in his own world, hunting for George Clooney and Donald Duck. And that was when I bumped right into Johnny Depp!

“Care for a picture with me, madame?” he drawled, tipping his hat at a jaunty angle. I almost fainted with joy… but wait a minute, why was he dressed as Captain Jack Sparrow? Then it struck me – that wasn’t the real Johnny Depp; he was a fake, posing with tourists for $5 a picture! And he wasn’t the only one – there were tons of look-alikes of Hollywood celebrities, and people were queuing up to take pictures with them. The lone ranger here was a ‘fake’ Dumbledore, because apparently, no one wanted a picture with an old, gay professor!

Smiling apologetically at him, we proceeded to Grauman’s Chinese Theatre, where we saw the hand- and foot-prints of Hollywood stars, immortalised in cement.

I was overjoyed when I found that my hand-prints matched with those of Harry Potter and my husband literally had to drag me away from there, but not before I had bragged about this fact to several amused passers-by! 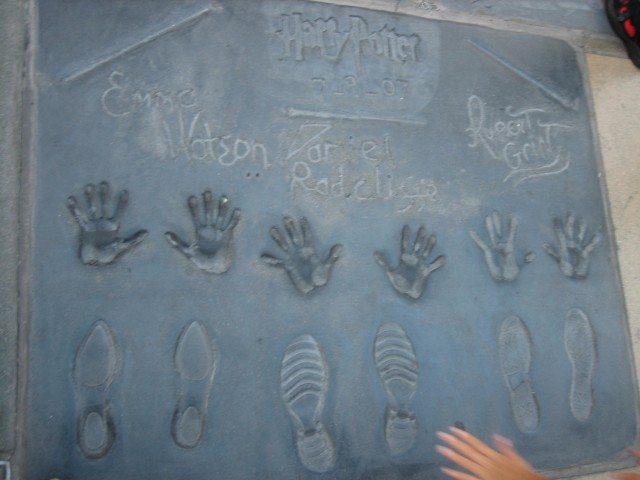 The other attractions at Hollywood Boulevard were the Kodak Theatre (home of the Oscars), Hollywood Wax Museum, Ripley’s Believe It Or Not museum and Guinness World of Records museum.

And of course, how can we forget the world-famous ‘Hollywood’ sign on a hill, which was visible from the topmost floor of a nearby mall.

After the glitz and glam of Hollywood Entertainment District, we headed for Santa Monica Pier, a seaside carnival with eateries, souvenir shops, bike and surfboard rentals, clay impressionists, a historic carousel and an amusement park. But we couldn’t walk along the pier for too long as the wind was biting cold and the sun’s remaining warmth barely sustained us in our wind-breakers.

So we bundled back inside our car and headed for a drive down Sunset Boulevard into Beverly Hills, to catch a glimpse of the dwellings of the rich and famous. Huge picturesque mansions and cottages, lush green neatly manicured lawns, wide roads lined by tall palm trees, and a beautiful sunset – it was truly a sight to cherish. 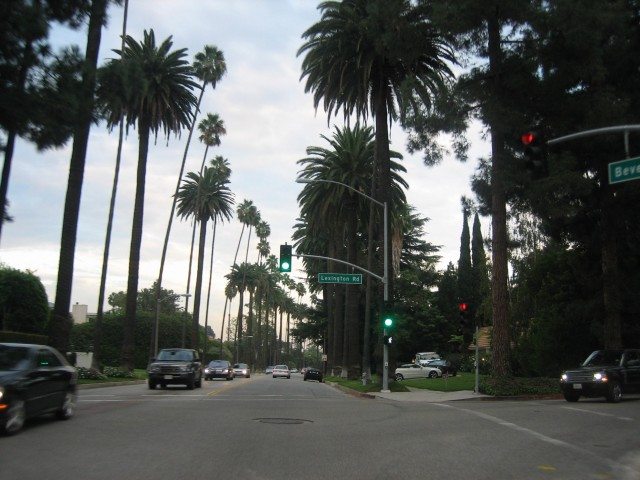 The next day, which was our last in LA, we headed for the only remaining attraction and my favourite too – Disneyland! Since we had limited time, we decided to split the day between California Adventure Park and Disneyland Park. 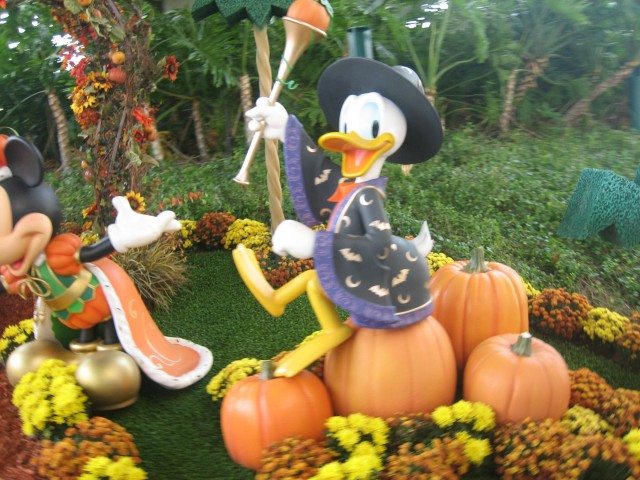 The former had all the action-packed rides, be it tumbling down an elevator shaft that took our breath away, or bobbing along white water rapids that drenched us completely. But the scariest of all was the California Screamin’ roller-coaster, with a dizzying 360-degree turn and a 107-foot drop that left us screaming for more!

As for Disneyland Park, eight themed ‘lands’ filled with timeless attractions make it the happiest place on earth for people of all generations. 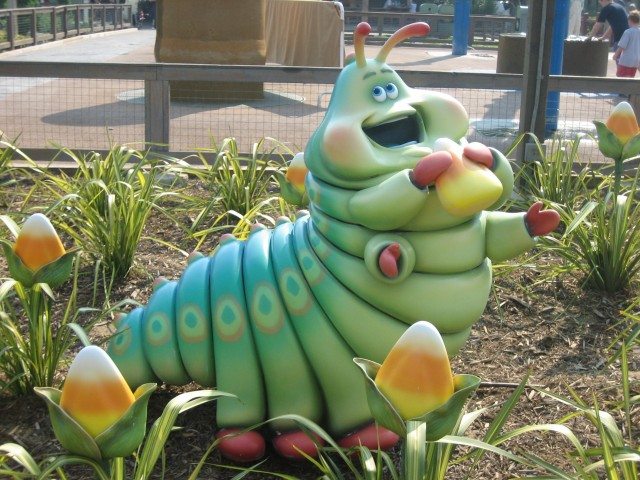 It's a Bug's Life at Disneyland

The highlights of the park were the Pirates of the Caribbean ride and Finding Nemo submarine voyage – never mind the 90 minutes we spent in queue for the latter! But my favourite part was the Disney Parade, which featured all the Disney characters – from Micky Mouse, Donald Duck and Goofy, to Peter Pan, Pinocchio, Cinderalla, Snow White, Rapunzel and many more.

And to top it all, there was a grand fireworks display over Disney castle – a magical finale to our visit to the Magic Kingdom!

The curtains had fallen on our trip to the west coast of USA – the lights had dimmed, the cameras had stopped clicking. But the action will never cease, because it’s embedded in my mind forever. No matter where I am, I only have to shut my eyes to see the lights still glittering on the Vegas Strip or the countless stars weaving their web of magic on Hollywood.

(Note: A modified and shortened version of the above article was published in the ET Travel section of The Economic Times on April 10, 2008. I have reproduced the original version here for the reading pleasure of fellow Ghumakkars.)

Rajendra Ovalekar recounted how he and his brother, assisted by other family members, decided to develop a butterfly park privately. They owned these 2 acres of land in Ovale village, and, as Rajendra reminisces, he was always awed by the colours and varieties of butterflies as a young adult. He decided that he would do something about this after his viewing of these beautiful fliers during some of the nature trips he undertook on behalf of the Bombay Natural History Society in the early 2000’s