For me and my wife, every visit to Switzerland has only one question repeating itself all the time not only when we are there but also after our return – ì Why canít we make Switzerland our permanent homeî. It is too beautiful to be true and every place you look at is straight out of a Picture Post Card / Vice Versa. I cannot but help narrating one experience which will amply highlight the character of the local populace. We were travelling in a local Bus and what we saw was an amazing. A 75 years+ old lady got up and offered her seat to a 80 years + lady. It says it all about the Swiss. 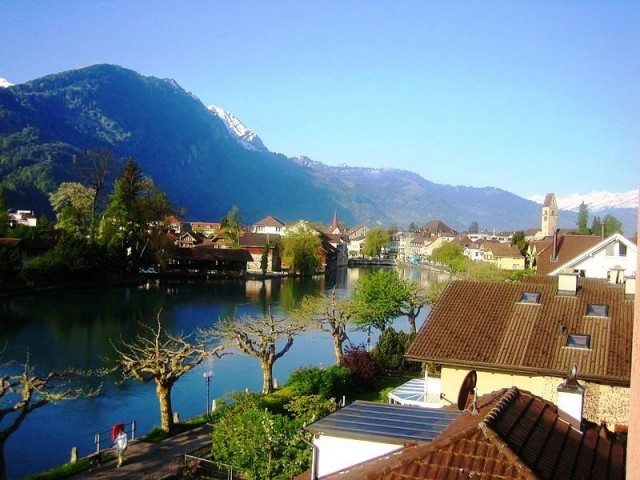 During this trip, we also visited Interlaken. Interlaken is approx 120 KMs ( by road) from Zurich; is part of the Canton Berne. It is located at 1,870 ft above sea level, has an area of only 4.4 km2 and a population of 5,389 only ( Dec 2009) including approx 25 % foreigners . German ( 85%), Portugese and Italian are spoken in Interlaken. It is well connected by Air, Train and Waterways. Interlaken is also the gate-way for the highest peak of Europe Jungfrau, (4,158 (13,642 ft). It is one of the oldest and most popular tourist resorts and is a paradise for skydiving, hang gliding, paragliding, skiing , trekking, water sports, zorbing, skiing and so on .

Hullo India ( on the Main Street of Interlaken)

Luckily for us, a 3 day Festival called the ìUnsupunnen Festivalî was scheduled for the period of our stay. This festival is held once in 12 years and the Swiss from all over the Country i.e. 26 Cantons ( their Canton is equivalent of our State) participate. The Unspunnen is a celebration of Swiss folklore and the origins of this tradition goes back to the 13th Century. How-ever the first Official festival was held as Alpine Cowherds’ Festival in 1805 as an attempt to unite the City of Bern and the people from the mountainous area known as the Bernese Oberland. This 3 day festival remains a showcase for all the Cantons and a lot many individual and Inter Canton competitions are held during the day. Night time is ONE PARTY TIME for the whole town. 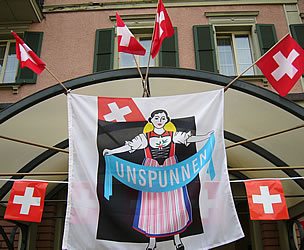 This Festival brings out the Best of the traditional and the contemporary of the Swiss. The only one Main Road is lined with the most colorful Canton wise Stalls with Ladies and the Gentlemen dressing up in their finest traditional Canton specific attire. The famous Lacework of Switzerland, Handicrafts, Curios, Farm produce, Wines, Cheese Bonanza ñ well its all there. In one of the stalls , one of the most interesting sightsí was to see 4 generations of Ladies ñ Great Grandmother, Grandmother, Mother and the Daughter ñ all furiously busy with the most delicate lacework.

One of the most famous traditions at the Unspunnen festival is the stone-throwing (Steinstossen) competition. The 1808 stone used for Stone throwing was stolen by members of the Belier Group (Jura separatists) from Unterseen Museum on Sunday June 3, 1984, and held as a “political hostage”. A new stone similar to the 1808 stone, also weighing 83.5 Kgs was found, and has been used in all competitions since then. This stone can currently be found in the counter hall of Interlaken UBS Bank.

Just for the record, the 1808 stone was mysteriously returned in 2000. However it was not used for the Competitions because of its reduction in weight. The 1808 stone was once again stolen on August 20, 2005 from a hotel in Interlaken. A small stone was left behind by the thieves bearing the emblem of Jura separatists. The French-speaking separatists did not claim responsibility this time, but did issue a statement in support of the theft. Its where-abouts remain unknown.

Set for the Stone throw

Alpine Wrestling
In Alpine wrestling (Schwingen), the contestants wear special shorts over their trousers. One hand grips the opponent’s belt (through a hole at the back) and the other grips the bottom of the shorts. The aim is to throw the opponent onto his back (with both shoulders touching the ground), without losing the grip on his shorts. Each bout lasts up to about 10 minutes. If neither succeeds during this time, it is a draw. Herdsmen wear blue shirts and other competitors wear white.
Alpine Wrestling in progress 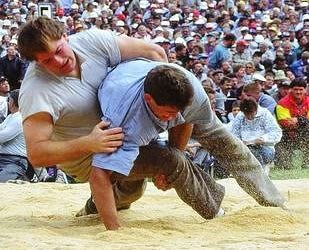 Yodelling
The word “yodel” is derived from an old German word meaning to cry out with joy. It is a traditional form of singing and more often than not, it is about the mountains and local life, or melodies sung without words.

Flag Throwing
Flag throwing is also a part of the Celebrations. A lot of concentration and skill is required to swing, throw and catch the flags. 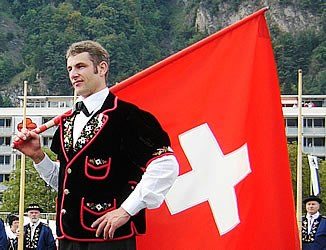 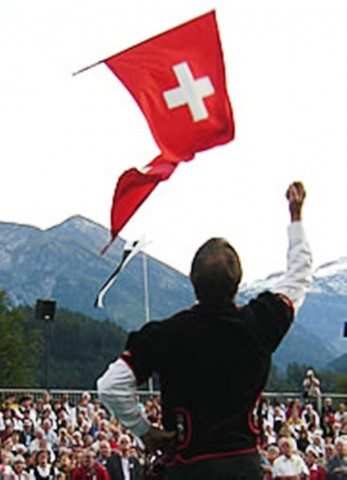 Alphorns
The Alphorns are wooden musical instruments originally used to send signals across the mountains and to call cattle. This National Instrument of Switzerland is more than 3 metres (10 feet) long. 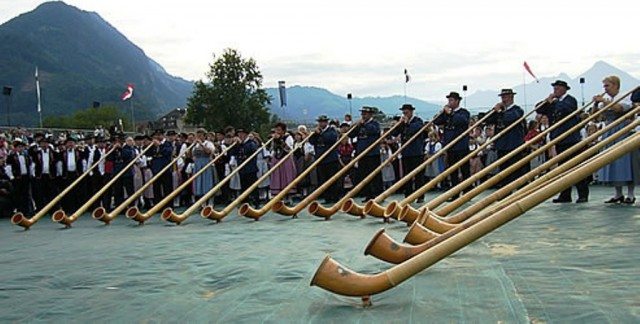 National Costumes
Too see almost all the participants as well as the locals in their traditional Canton Specific attire is an unforgettable treat. Inspired by the drawings of the Swiss Artists, Traditional costumes were reintroduced in Switzerland during the 1920s. Swiss also have a National l Day for Traditional Costumes and every three years, they have a Federal Traditional Costume Festival.

With the participants in their Canton specific Costumes

The Choir and Dance Competitions
Come Sundown and with it starts another round of Festivities. Its BEER TIME. The beginning is with Choir singing and graduates on to Dancing Competitions. 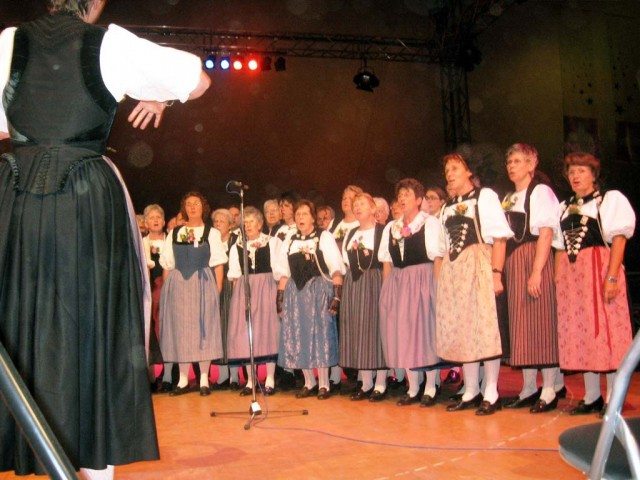 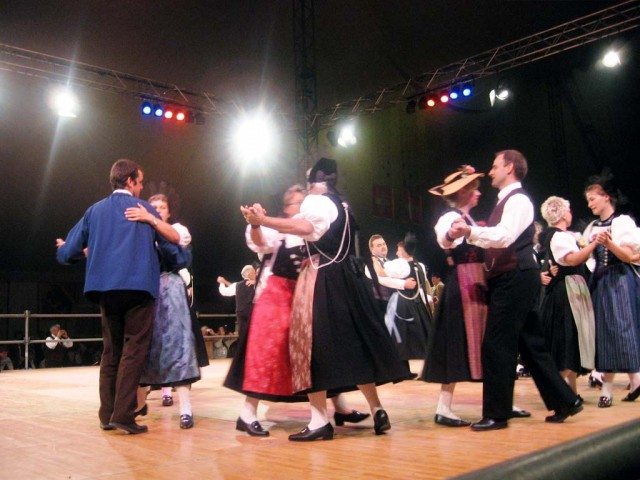 The spectators from India

Night Time is PARTY TIME
Have you ever seen any town as a whole partying till the wee hours of every morning and continuing for 3 consecutive nights; night after night. A large number Bands are positioned all along on Streets belting the best of Swiss music and folklore.

The following photos say it all.

One of the many Street Bands 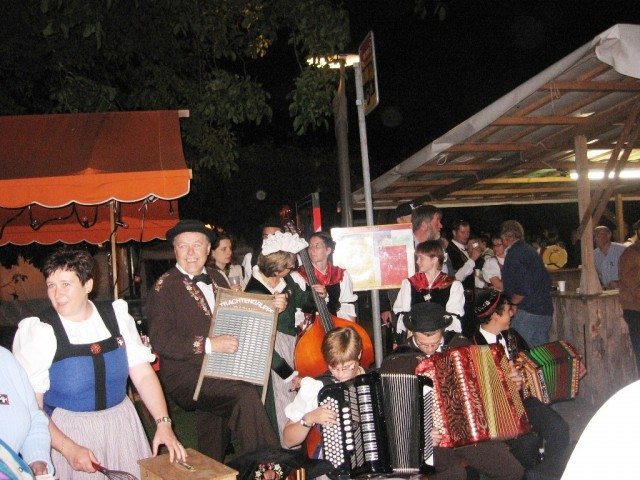 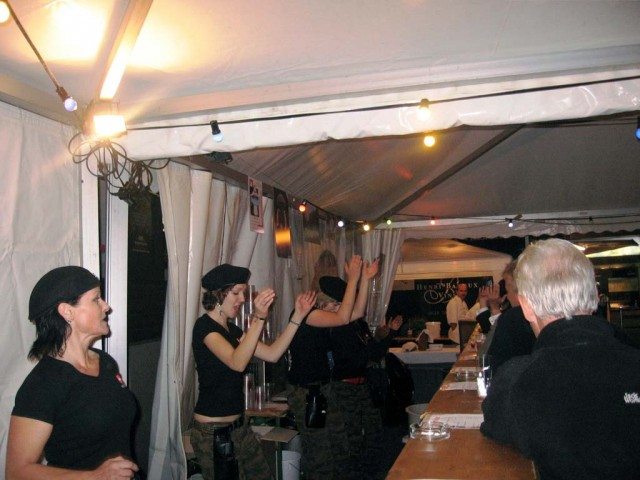 The Lady Bartenders shaking a leg at 3 a.m. in the morning 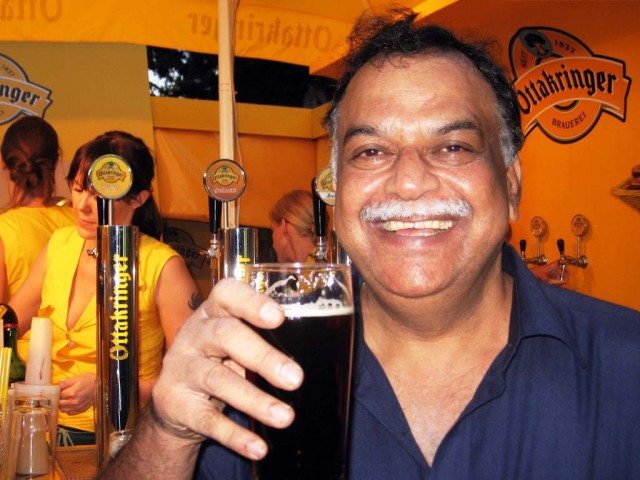 The Procession and The Grand Finale
On the final day of the Unspunnenfest , there is a grand procession through the streets of Interlaken in which the groups from all of the different cantons of Switzerland take part, portraying the traditions and characteristics of their regions. 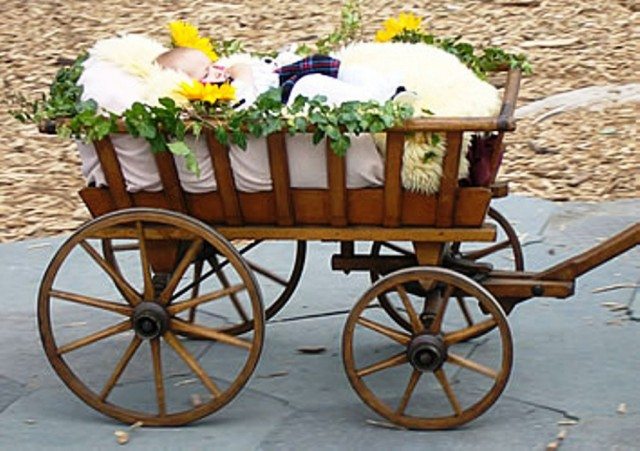 A Hundred Bells and Cigars 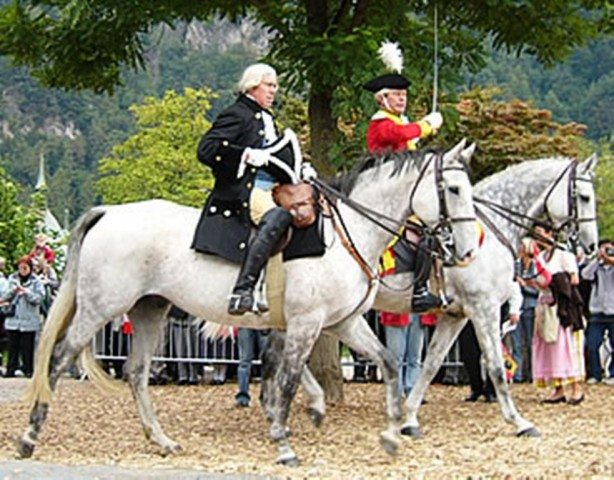 All set for a Battle

of all shapes and kinds 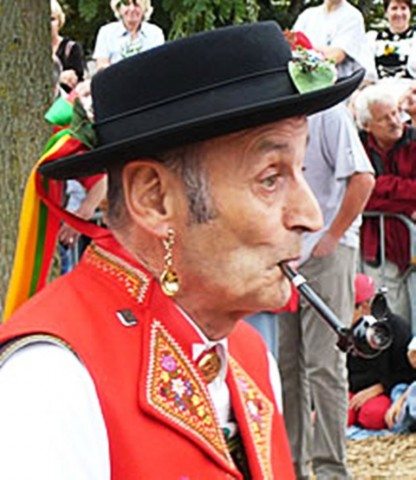 and of all ages

Note : Own inputs have been supplemented with facts, figures and photos from the Internet.

A Cavalry Officer who took premature retirement. Wife - Pratima is an ex Principal of a School. Both love travelling. We hate NCR and Big Towns but have no choice as of now but to stay in here. Would like to settle in a small nondescript town in the Hills and work for an NGO.

As I am from Delhi , whenever I get time I always visit Chandni Chowk area not for enjoyment just for doing the Darshan…