Day 3 of the trip to Pachmarhi. We had already covered many of the main areas such as the waterfall (there were other waterfalls, but the resort owner was not too enthusiastic about the other such as Angel Falls, etc), and we had covered some of the religious locations. In fact, day 3 was going to turn out to be a totally religious trip, since we would be covering sites such as the 2 Mahadevs, as well as the temple at Chauragarh (and together, these would take a major part of the day). At the start of day 3, we talked some more with the owner of the resort about the trip to Chauragarh, since it was some distance away and would take a lot of effort. He confirmed that it is a good spot to cover, and that clinched the question.
We took some packed lunch with us (club sandwiches), and set off for the Mahadevs. Actually, before we reached the caves, we stopped for some time for some para-sailing. There is a facility in some open grounds where they use Maruti gypsys trailing a para-sail behind them (it costs Rs. 500 per person, and Rs. 750 for two). Great fun. From there, it was onto the Mahadevs. 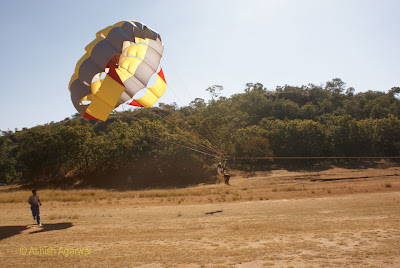 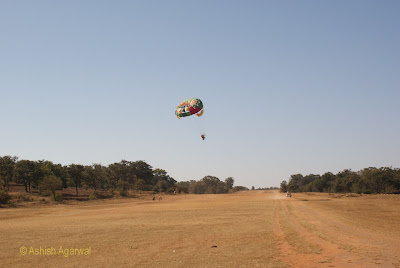 The Mahadevs are actually a complex of temples, grouped into one complex called the Bada Mahadev, and a single cave temple called Gupt Mahadev. They are located at a place with plenty of greenery, and the whole area is in the midst of hills. The road ends at that point, and you can expect a large number of vehicles (so if you are going there during festival season, expect that the trip could take some time to accomplish and a lot of crowd).
From the car, Bada Mahadev was a short walk away. It is a cave temple, with having to take off shoes long before (the main gate must be at least 100 meters away from the cave). The cave is fairly large, with a number of Trishuls at the entrance to the cave. Inside, the central section of the cave has a water stream emerging from below, and you need to walk around it (the same water flows out of the cave and into a stream below, and people take a bath in this water as a ritual). At the far end of the cave, the deity sits (photos are not allowed inside the cave, and I dutifully put my camera away). 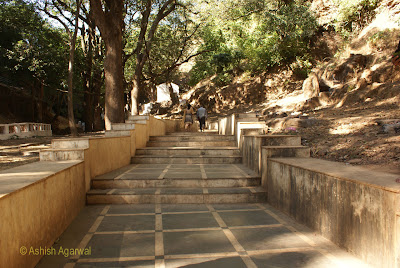 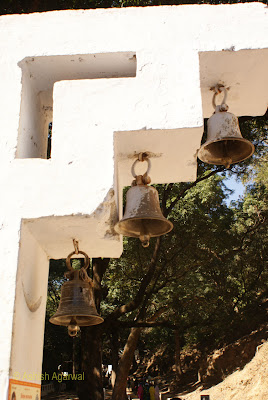 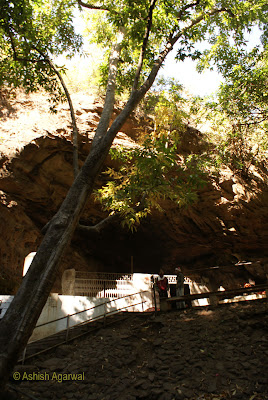 Emerging from the cave, there are some small caves nearby where there are more small religous sites (not fully constructed temples, but more like statues where there is some prayer). And then we headed off to the Gupt Mahadev. The Gupt Mahadev is some distance away, must be atleast 1/2 kilometer – along a thinly forested trail (and there are many monkeys on the trees above). The Gupt Mahadev is a small cave with a shrine inside. The fame of Bada Mahadev is that this is the spot from where Lord Siva escaped after turning into a snake (and there is a very small path leading deeper into the cave that is not wide enough to follow – there is actually a Trishul planted at the entrance to this path).
Gupt Mahadev has standing space for not more than 12 people inside, and the path inside is very narrow (most people will have to slither in sideways, and if you are a bit heftier, then you have to struggle against rock that is at both sides). It can be claustrophic, so if you are obese, or cannot stand confined spaces, then you should re-consider about going inside. They even have an exhaust fan at the entrance to the cave for making sure that air circulation keeps on happening. There is usually a queue to get inside (Note: photography inside is banned). 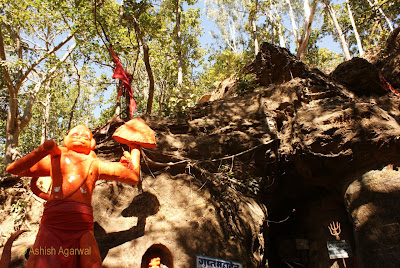 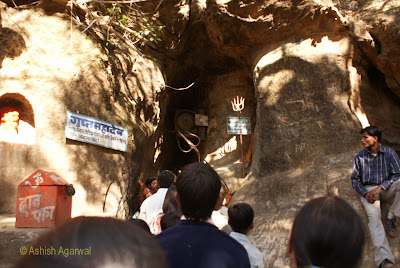 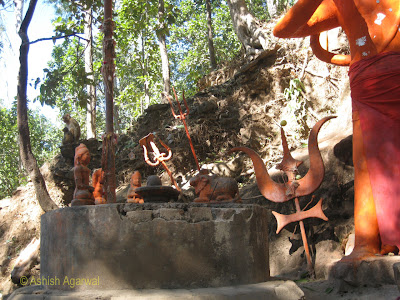 From Gupt Mahadev, there is a path that leads to Chauragarh. Now Chauraghar requires a degree of fitness, since there is a pretty long climb (most people take around 5 hours to go and come back). There is travel through a jungle path, travel on steps at many places, and climbing upward on a hill slope (you can find a number of people making the journey). It feels good, but you can be wiped out when you get back. The temple is an old stone construction, and on the top of the hill you will find a huge number of Trishuls (it is considered auspicious to carry a Trishul to the temple). 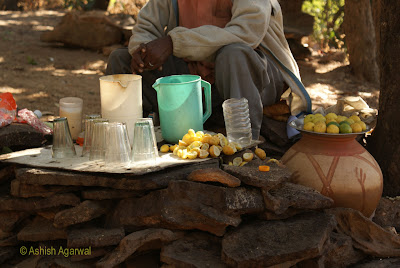 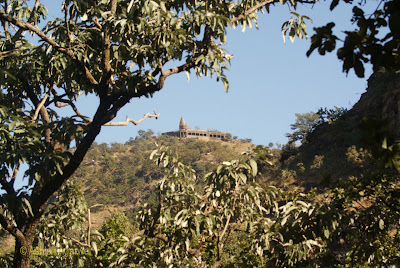 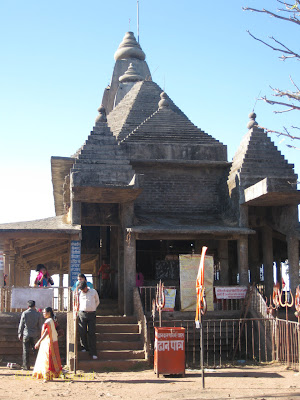 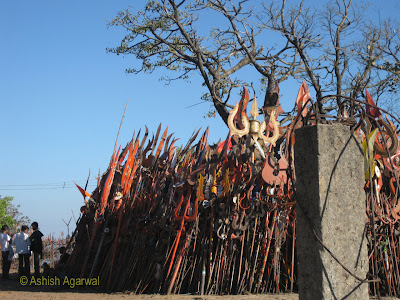 Once back from Chauragarh, it is difficult to do more locations. We did go to Handi Koh, but that is more like a ravine that is shaped like a Handi from the top, and to tell the truth, we were not very interested in the sight-seeing after Chauragarh. Thus ended day 3 of the trip.

More Photos of Pachmarhi at this link.

In the beginning, there was nothing! No this or that, no something or nothing, no light or dark and of course neither Ghumakkar nor Ghumakkari. Aeons upon incalculable aeons passed, then there was a big bang within the millionth of a second……..Cut, Cut, Cut.