The feeling of going to a place about which you have not heard of ever is not something that one usually encounters. Well, to be truthful, I might have only experienced such feelings maybe about once or at most twice in my life. However, all this was about to change with the forays into rural India, which is to bring about the next phase of growth for the country.

Thus, after two weeks into the internship after getting to know about the organization (about which I am going to write in a separate document altogether) and making all the other preparations, I am ready to travel to a place known as Powayan in Central UP (For those like me who have never heard of this place, it is about 85 kilometres from Bareilly).

And so to experience the journey, I leave from the office at 4 in the evening to catch the Delhi-Faizabad Express from the Old Delhi Railway Station I must confess, I have never heard of Faizabad too). Considering that the 8% growth would have reached the railway station, I get down from the Metro in high spirits and just as I reach platform 9 from where I am supposed to board the train, I see that maybe this place has witnessed a negative growth rate. With thousands of people sitting, sleeping and it seems as if they have been there for the whole of their life, there is no space to even stand on the platform let alone sit.

And then when I board the train and find my berth, I relax a bit and then try and go to sleep but as usual the tension that I might miss the station that I have to get down at (In this case it was Shahjahanpur, which is the closest railway station to Powayan at about 30 kilometres). Thus, after a journey of six hours and 20 minutes as the train comes to a halt at the Shahjahanpur station, I get my bag and get down.

Against my expectation as I step out from the railway station, I witness a market that is good enough to compare with something that that might be found in a small locality in Delhi these days. Now, in my nervousness rather than browsing some hotels in order to find the best one in my “BUDGET”, I take the first one that came across my eyes. The name of the Hotel was a classic one, and I am not kidding, it was Hotel Classic. Thus, after this half tiring sleepless journey I check into the room at 1:30 in the night and thus, go to sleep after enquiring from the hotel staff how to get to Powayan in the morning. 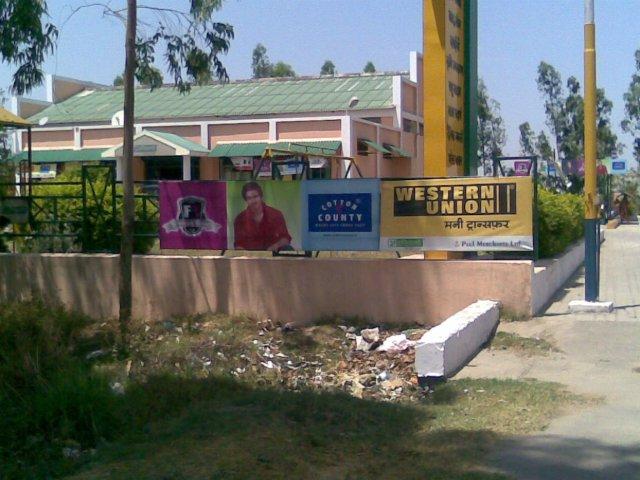 I got about three estimations from the people at the Hotel with them ranging in the bracket of 20 kilometres to 40 kilometres.

As I wake up in the morning at around 8 am, I order my breakfast from the room service (I must say, I am impressed with the kind of services available at the hotel for 450 bucks per day, one cannot even expect getting a quarter of all this for this amount in Delhi today). I again enquire from the guy who brings the breakfast into the room as to how to get to Powayan and thus, as per the information provided by him, I walk about 100 meters from the hotel to a T-Point from where one can get Tata Magic or a Mahindra Maxx to Powayan. There I see a totally vacant Tata Magic and hop onto it in complete joy of travelling to Powayan with all the space in the world in the Vehicle. But, if only life was this simple, the guy stops the vehicle about a minute later and then calls out Powayan, Powayan and there come the people thinking this might be the last shuttle out of this place and in the God’s own world. As people come into the vehicle one by one, I realize why they named in Tata Magic. It is a miracle to adjust 24 people into that Vehicle maybe made for 12 people. The best part being there was a passenger sitting on the driver’s seat with the driver himself almost handling the steering wheel from the window. 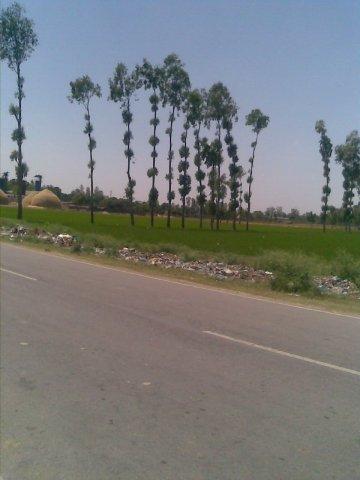 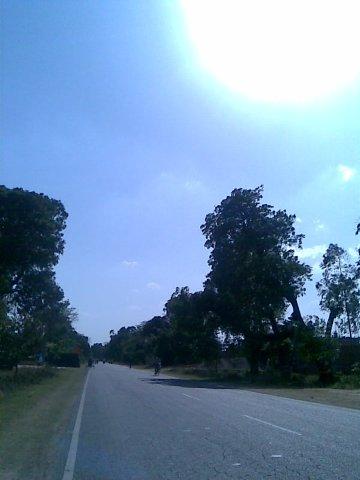 I have travelled recently in the Delhi Metro in the morning rush, but I must say, that is nowhere close to this amazing experience on travelling in this magical vehicle. An hour or so later as the conductor tells everyone that we have reached Powayan, everyone starts to get down and I think the Hariyali Outlet might be somewhere nearby. However, not finding it in my sight, I ask the nearby Shop Keeper about the location of the Hariyali Kisaan Bazaar. He tells me it is a 10 minute walk from here and thus, I begin to walk in that direction where the shop keeper pointed. But as I realize after walking for 30 minutes, people here must walk a lot faster than normal to cover these 2.5 kilometres in 10 minutes.

Finally as I reach the Hariyali Kisaan Bazaar, it seems like an oasis in the middle of the desert. I expected an outlet that would be looking very dull with very few products available but to my amazement there it is in the outlet, totally defined sections for lifestyle, household items, agricultural goods, fuel counters that could match up to any modern retail store in any urban city. However, there are those changes that are made to make the offerings more appealing to the rural customer. All the danglers, signs and boards are in Hindi, all the offers mentioned are in Hindi. As I browse through the household section, I come across brands about which I have never heard before and as I interact and observe the customers and salesmen, I get to see some real differences between the ways the urban and the rural shoppers make their purchase decisions.

Here, in the urban outlets, where the shopper is left alone to make his choices, here at the Hariyali Kisaan Bazaar, a salesman always accompanies the customer to address his or her queries. Some of the reasons that I could see for this happening were that the shopper is not quite aware about the brands, the prices are not properly mentioned on the products and the racks, the offer tags are not clearly visible or in proper shape. And, before I forget to mention this, in the middle of UP, Powayan is a Sardar belt and who expected that. Then, as I start approaching the respondents for the survey, and as this involved collecting the opinion of Women in the purchase decisions, the rural part of India still having women more in the backdrop rather than in the leading position, quite a few of them refuse to take part but then there are those who are very excited about sharing their opinions and as I sit there in the outlet for about 6 hours that day, there are a few things that I get to know from them about their purchase behaviour and experiences at Hariyali.

I must also mention the salesmen at the outlet who were also very friendly and were always willing to answer every query of mine. There is also this dhaba about 100 meters from the outlet whose name the owner has kept after Hariyali as the Hariyali Restaurant and it is so fun interacting with the owner as he shares his big city experiences with me and how he believed strongly that ever since Hariyali has come here, the prices of everything have gone up. 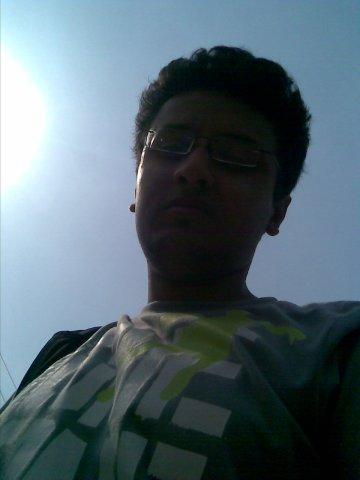 Then in the evening as I prepare to go back to the Hotel, there I am told that no vehicle stops in between the way from Khutar (a place 20 kilometres from Hariyali) and Powayan and hence, I might have to walk my way back to Powayan. But still owing to the fact that I did not have the strength to enjoy that long walk back, I wait for sometime outside the outlet and maybe luck was a bit on my side, there stops a Mahindra Maxx. The back door of the car opens and the conductor tells me to sit on the padded seat where already 4people were sitting, but now I was quite beginning to like this way of travelling. There are about 20 odd people in this vehicle too. I guess 20 is some kind of a par number which they look at before beginning to move the vehicle. And there I reach my hotel after about an hour or so, via roads that have hills made out of cow dung that tear through the shackles of my nose, I go straight into my room and then, I go to sleep and there is no more work that I do that day.

The Unknown that was to be Known was last modified: June 10th, 2020 by Chaitanya