After a few days, its time to explore another Hindi heartland right in the middle of India, Madhya Pradesh. This time I have to go to Ashta and Harda. I take the Samta Express which would arrive in Bhopal in the evening.

Now, in Bhopal, the train is on time and as I get down, I have made better plans this time and have already checked out which hotel I would be checking into. It is a stone’s throw from the railway station but for that you need to get past the shield of Auto Rickshaw Drivers who behave as if they have been sent there by god themselves and will not leave unless death do them apart from you. After using the technique of not looking at them, I check into the hotel and just fall asleep. I fought the pangs of sleep in the train with all might as I was scared that I might not wake up on time and may miss the train station and for sure I really did not want to do that in a place that I hardly knew about.

In the morning, as I ask the hotel staff as to how to get to Ashta, they tell me to take a cab or go to Halalpur bus stand by an auto and you will get a bus from there. I prefer to take the safer option of going by the bus and it takes me about 3 hours in total to reach the Ashta Bus stand from where I take an Auto to get to the Hariyali Outlet, which lies on the highway, about 5 to 6 Km from the bus stand. 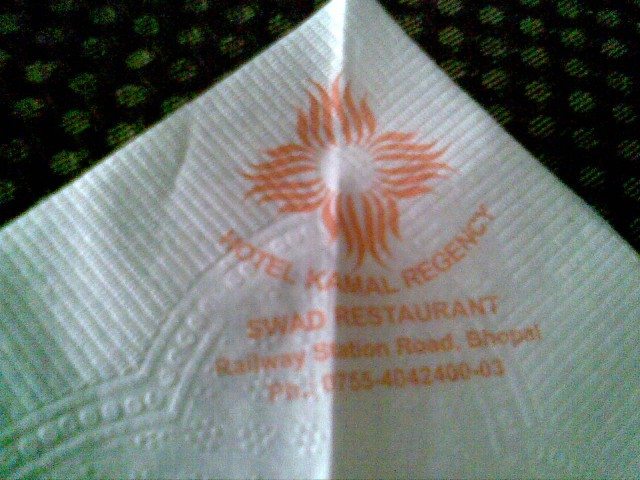 The Cheapest Souvenior from the Hotel in Bhopal

Then at the outlet, it was the usual stuff but I did see some interesting kind of customers there. For instance, there was one person who initially had bought only two bottles of RC Cola but as the queue at the billing counter was a bit long, he decided to browse through the lifestyle section and in the end bought 3 dresses from there for her daughter and I guess, this is one unintentional kind of pushing impulse purchases strategy.
On the way back to Ashta City, I thought will stay there in the night but there were just no hotels that one could call even sub standard, hence I decided that it would be best to go back to Bhopal. Hence, I took a bus from the bus stand but this time, I had to throw my bag on to the roof of the bus as there was no space inside the bus and I realized what the conductor meant by it, when I had to travel to Bhopal in the bus without even sitting for a minute.

I reached Bhopal after about two hours and from there I took a bus to the hotel and thus, that was the end of the day. But in the bus, I did see lots of people playing games on their mobile or listening to the latest songs with earphones on. The next day was more or less the same but one thing for sure, the people in UP were a lot more willing to help you out than what I experienced here in Bhopal or in Ashta.

Now, I had to travel to Harda which is about 200 Km Bhopal in terms of the distance that you travel by bus and one can only get a bus fro Harda from Ashta and thus, I had to travel till Ashta again that day. From Ashta, I took a bus where again there was no place to sit and with the temperature hitting over 40 degrees Celsius, it was for sure not an enjoyable ride apart from the exception of the serpentine descent of about 10 or so km that comes in the route and for sure is a treat to the eye. 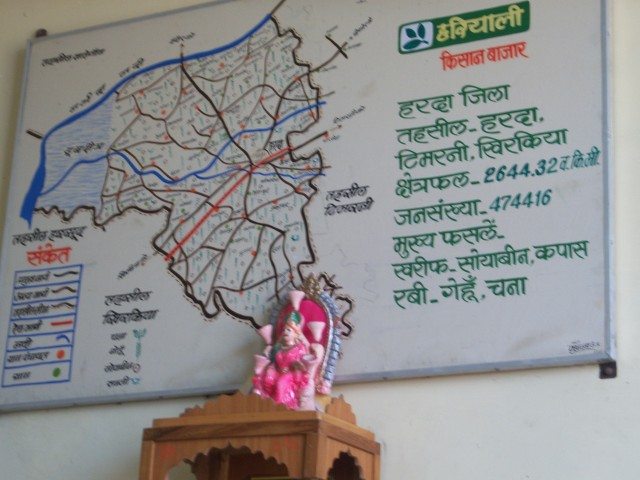 After about 3 or so hours, at about 50 km from Harda, the conductor tells me that the bus will not be going till Harda and will drop me at Neemawar and from there I will have to take another bus. The bus this time was resembling the one I took from the local bus stand in Sambhal but the scenery for sure was way better with a bridge that was built over the River Narmada and to my surprise people were stopping on the bridge to drop 1 rupee coins in the river (something of a local tradition I guess or maybe god’s own toll tax). 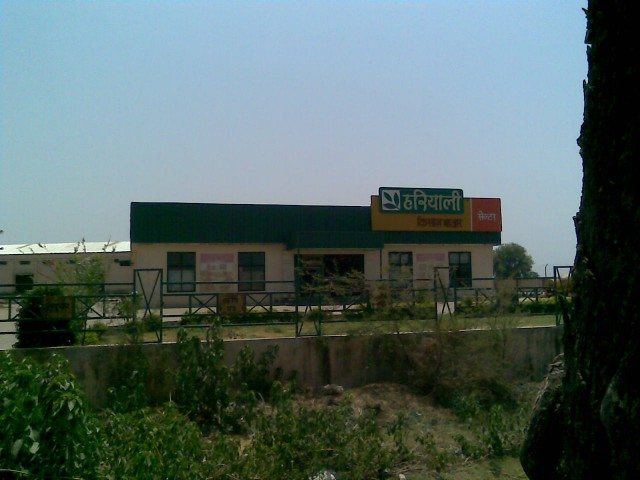 The Outlet in Ashta

I see the Hariyali outlet to my right from the bus, but as the driver is not going to stop the bus in the middle of nowhere owing to the heat, I have no option but to go till the bus stand and get an Auto from there. This is a huge outlet with warehouses at the back but these guys do not have it easy with temperatures hitting 43-44 degrees along with the fact that they get electricity for about couple of hours only. 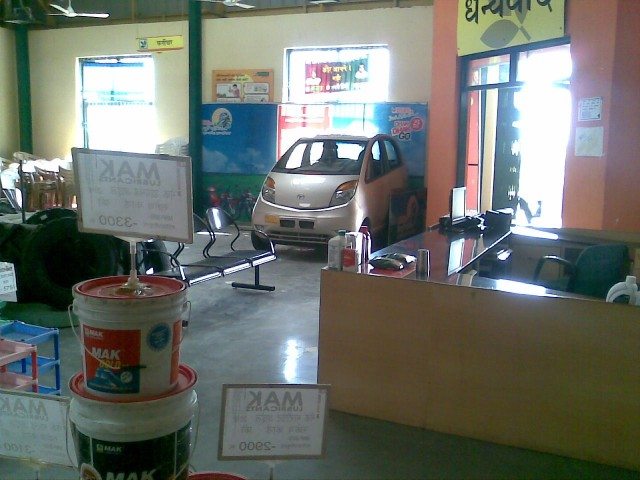 One of the persons at the outlet starts to discuss his educational profile with me and how he landed up at Hariyali and his views on the business at the outlet, how things are shaping up. It was not his fault that he started discussing all this; we had not seen any customer in the past one hour or so. During the conversation, I also got to know that most of the customers from Harda come on the Weekend and the footfall is abysmal on weekdays owing to the location of the outlet, lack of public transport facilities and also because of the weather conditions.

It was time to go back to the town and check into a hotel and thus, I went out on to the road hoping that I will able to get an Auto or a bus (in case the driver was in a good mood and would stop the bus). But, nothing of that kind happened, but I met a guy, I guess must be of my age, who was going to Harda and offered me a lift on his bike till there. 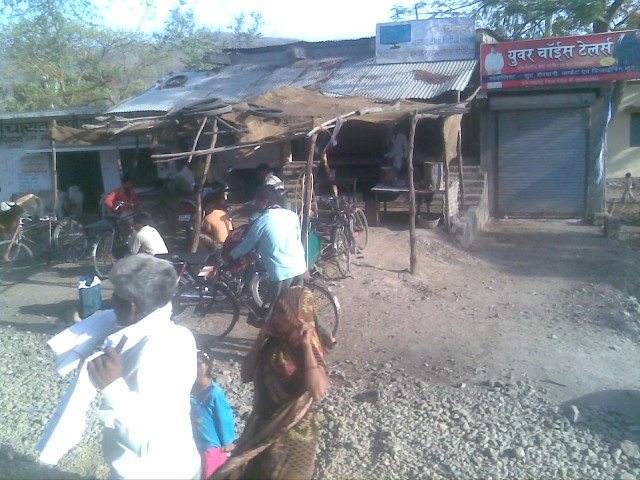 On the Way to Indore

I was a bit scared at first to take a lift in this unknown land but necessity is the mother of all firsts and thus, I had to take that ride because there was just no other option left and walking was something that I had decided I was not going to do this time.
The Journey into Madhya Pradesh was last modified: October 31st, 2020 by Chaitanya

We were enjoying the trekking.  A group of Rajasthanis were also going with us.  They had  drums with them and they were loudly singing bhajans and going fast.  My father said – it is not good to sing while trekking on steep slopes, their songs will be stopped soon. ..and it happened too.  In the way there was a small tea shop where we enjoyed our tea with Neemari Pakoras.  The shopkeeper showed us some wild elephants, who were grazing in the valley below.