Next day morning again I got up at 5.00 am to watch the sun rise but the weather was too bad , worst than the previous day. We got ready by 7.30am as we planned but soon it started raining but we didn’t have any choice , none of us want to leave Chakrata without seeing Tiger fall which is the main attraction of Chakrata. We waited for one hour, now rain was not too heavy so our driver said that due to heavy rain in night & morning the mud must be washed off the road hence he suggested to start our journey towards Tiger fall . It was still drizzling. We left it over god and started our journey , by the time we reached close to tiger fall rain stopped.After 20 kms of drive we had to trek for 2 kms downhill. 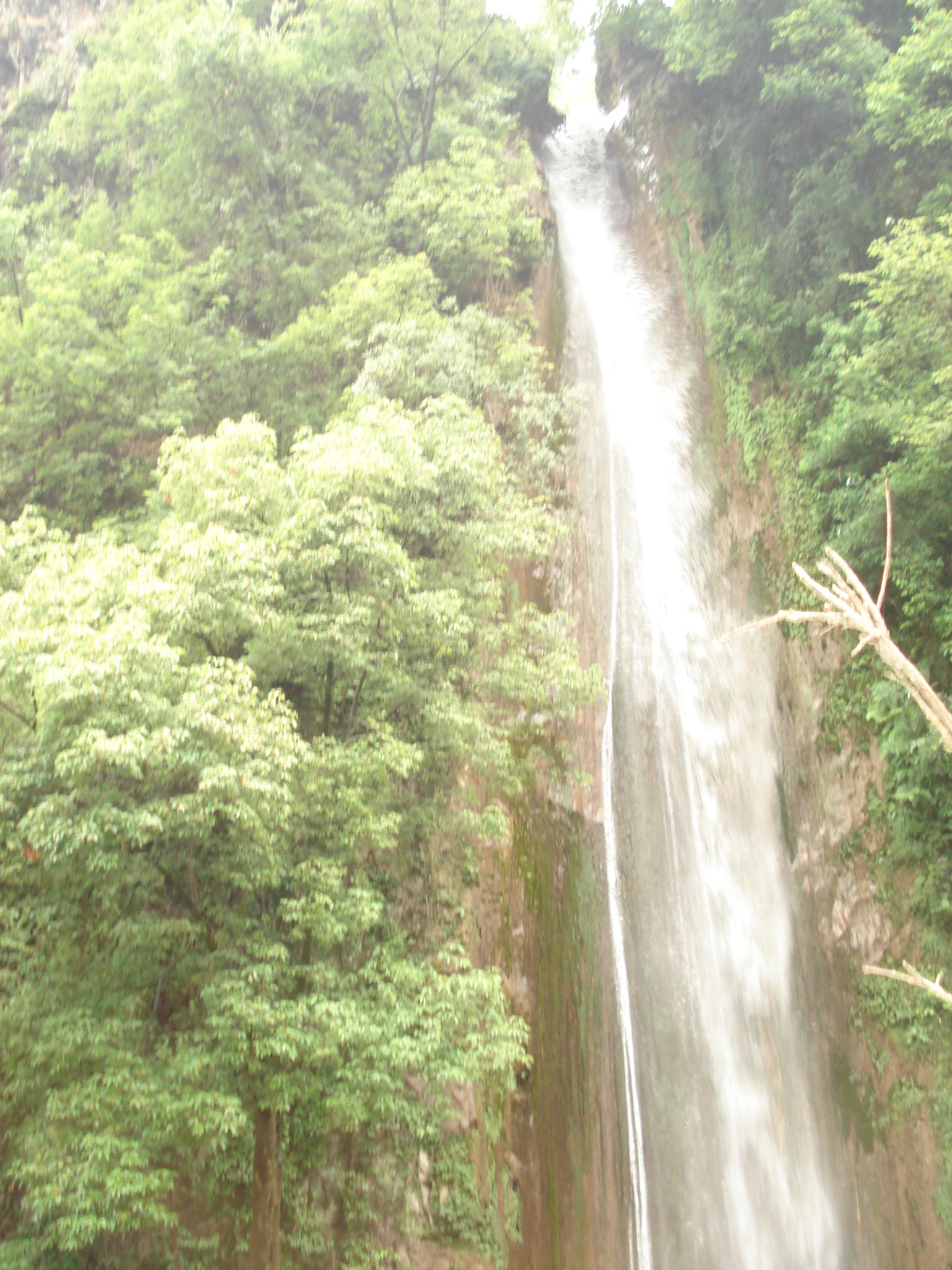 The major attraction around the Chakrata is Tiger fall , it is located on Lakhamandal road. As soon as you get out of your car you will be greeted by the village small kids who will offer to guide you to the Fall. Although there are cemented stairs for tiger fall still we hired a guide who was hardly 10 years old. I was not able to say no to him because of his smartness & the way of style of communicating in such a young age. 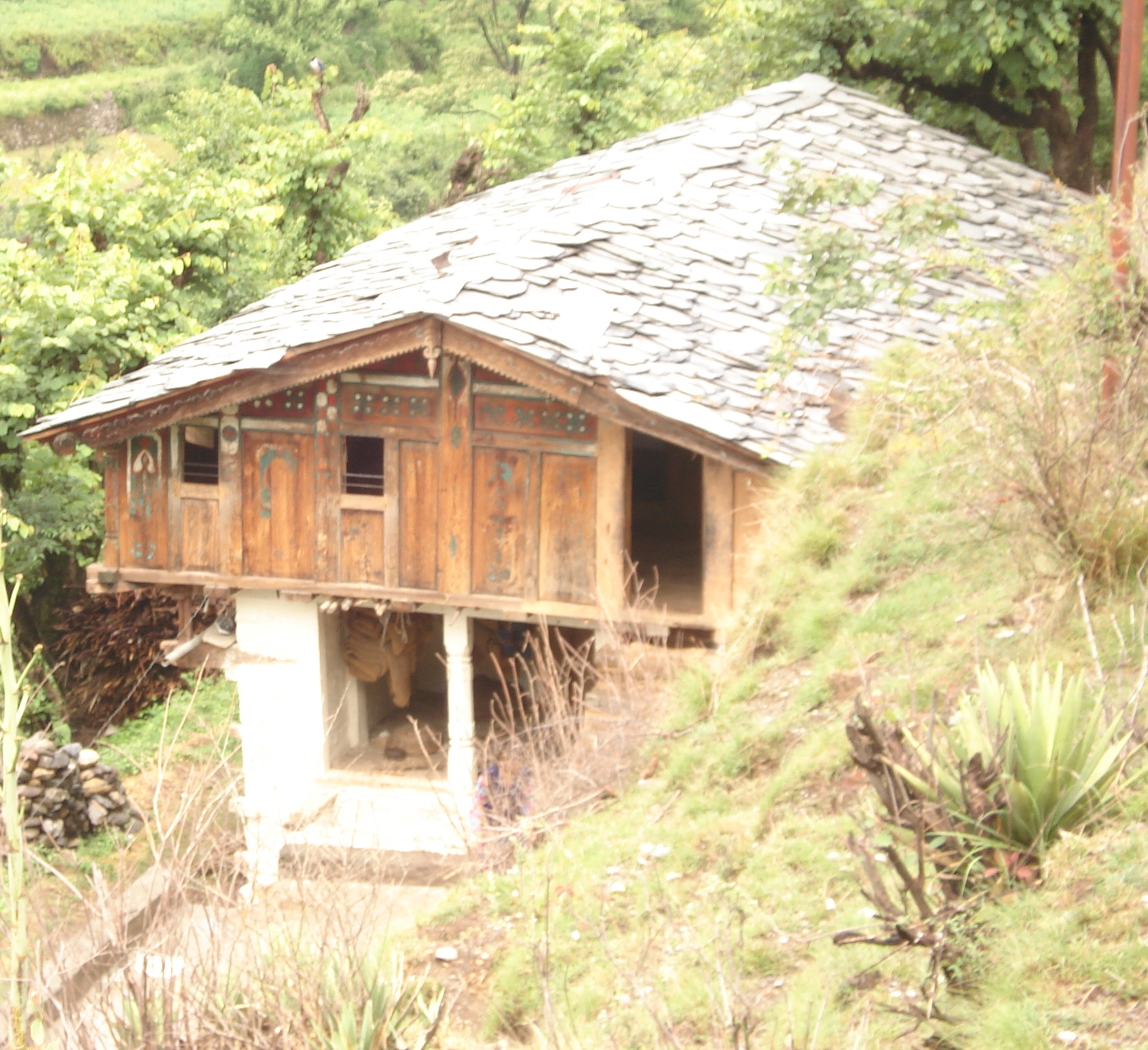 Village House on the way to Tiger Fall 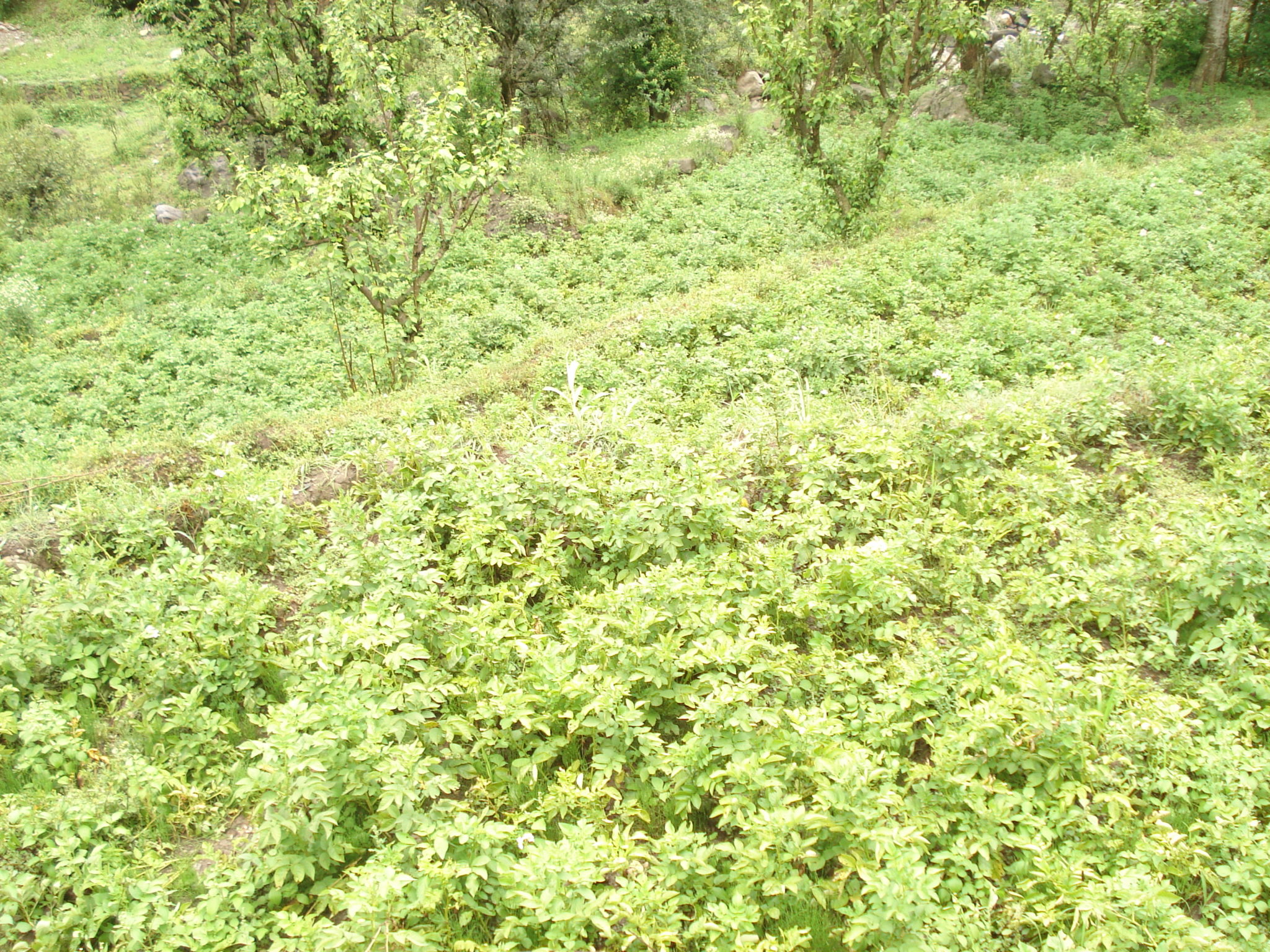 potato field on the way to Tiger fall

After a trek for half an hour we reached downhill where the falling water gets collected where visitors can bathe and enjoy under the Fall. As we reached early & it was cold after the rainfall we could not enjoy by taking a bath. 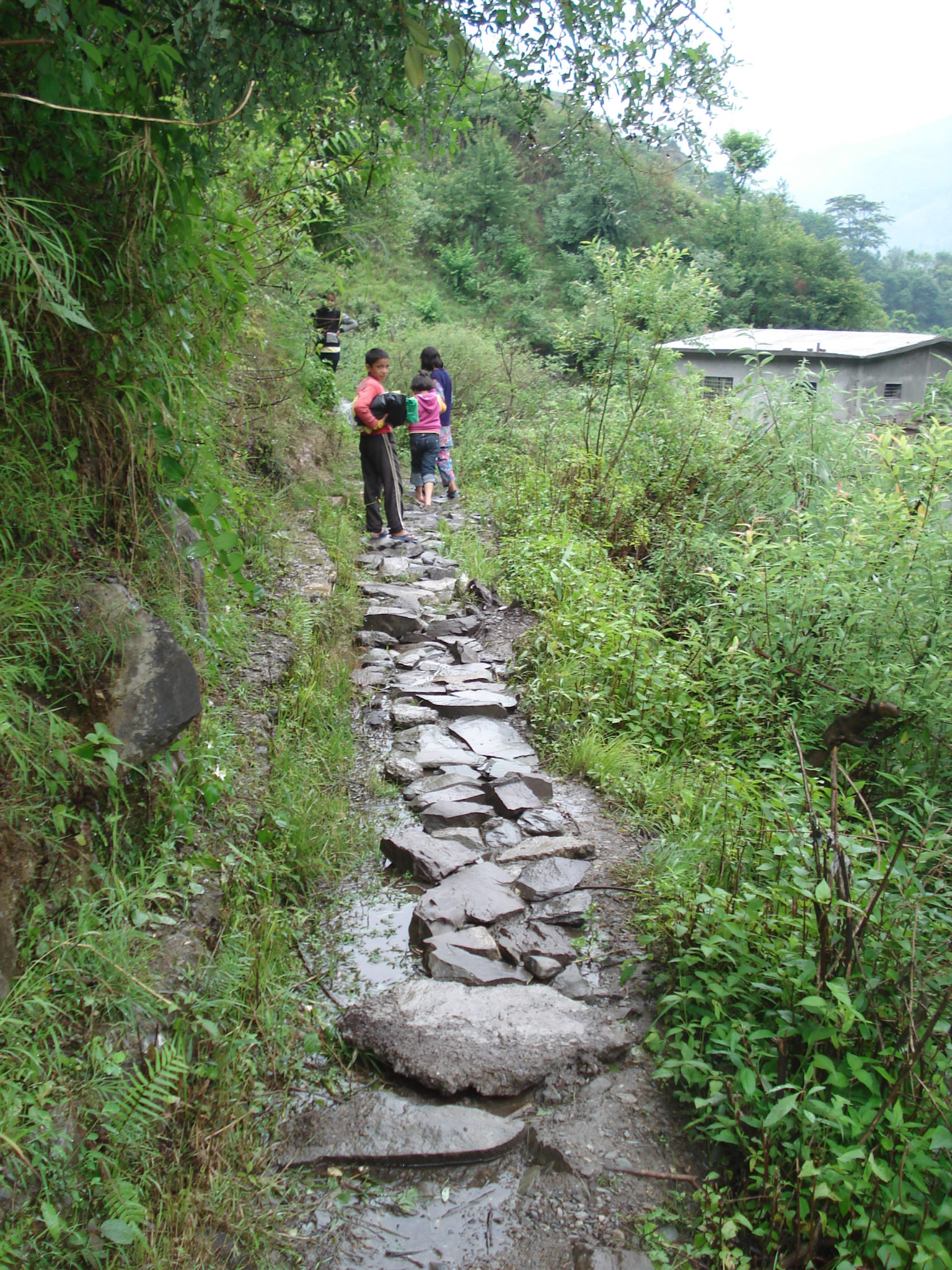 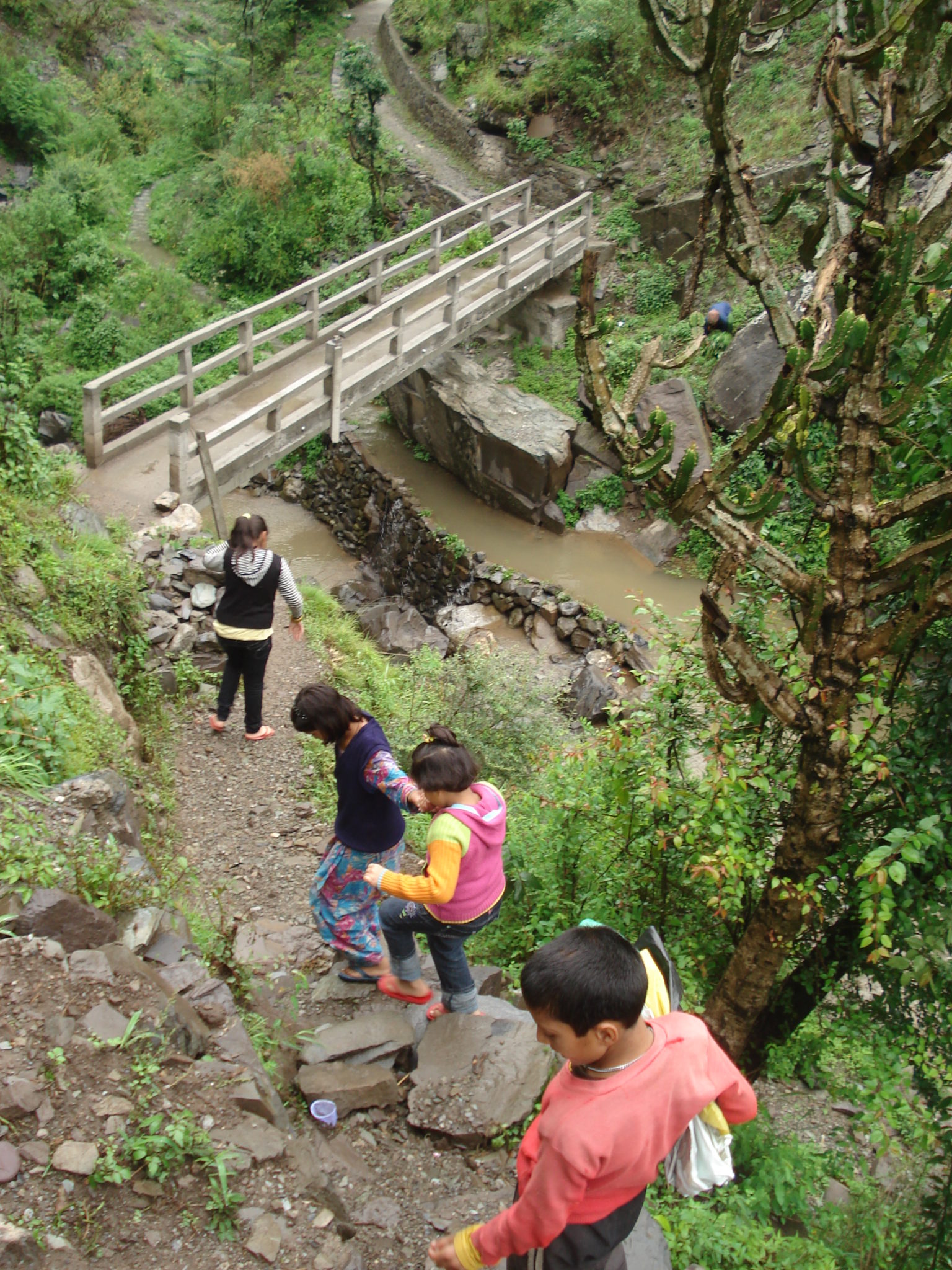 On the way to Tiger fall

The view of the Tiger fall was breathtaking. The 312 feet fall is the highest fall of the state. Because of the roaring sound of the Fall while falling it is known as Tiger fall. 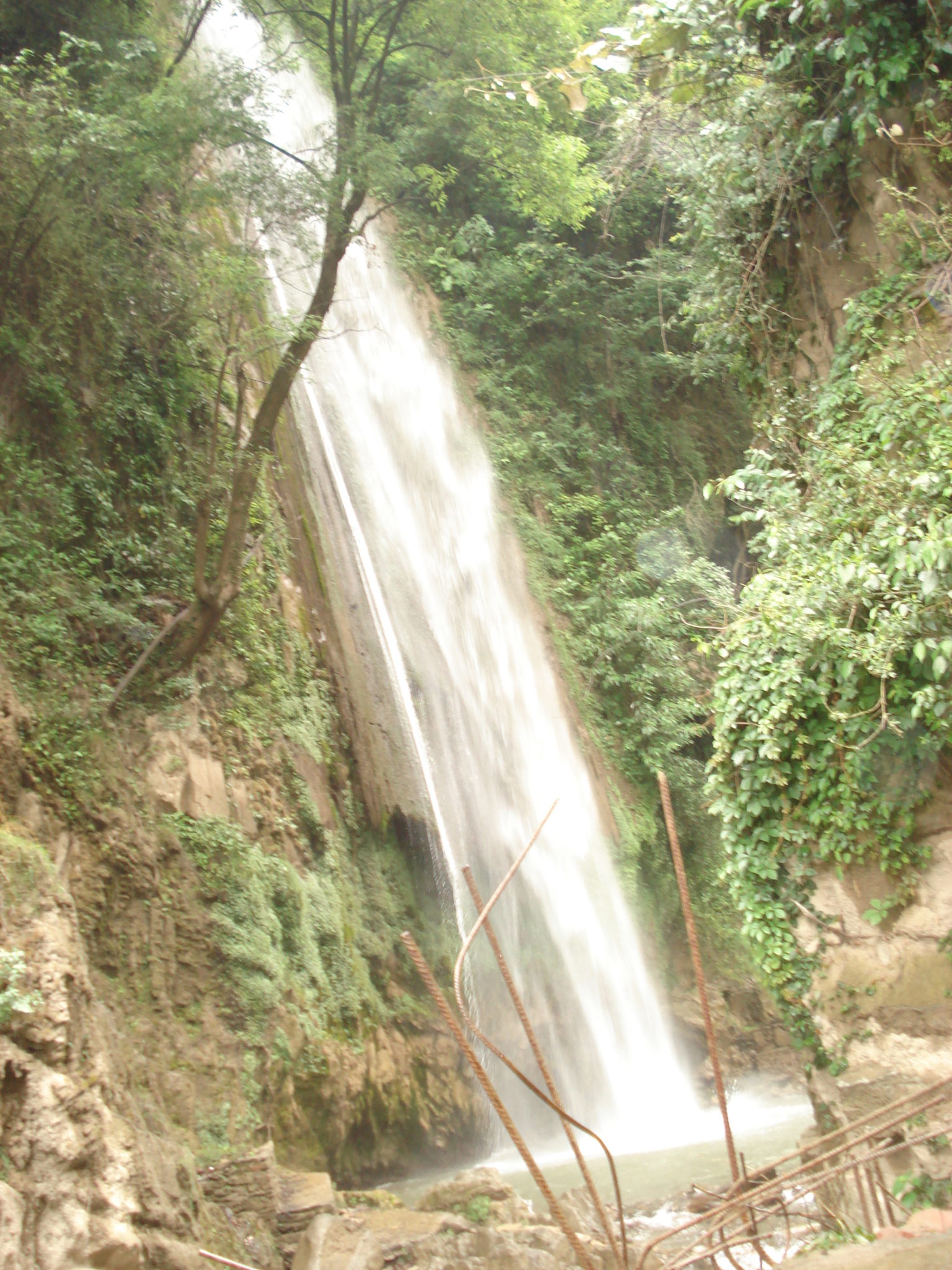 While returning from the fall we felt tired as the stairs were steep.We reached near our car and thanked to our Guide “Chetan singh Rawat” & offered him soft drink which he easily accepted & asked for a wafer’s packet for his younger brother.He handed over the money to his father who was a farmer which he earned from us as a guide.We were extremely touched by his caring & respectful attitude towards his family which can be seen only in villages. We had our tea there & proceeded for Lakhamandal which was about 50 kms from tiger fall. 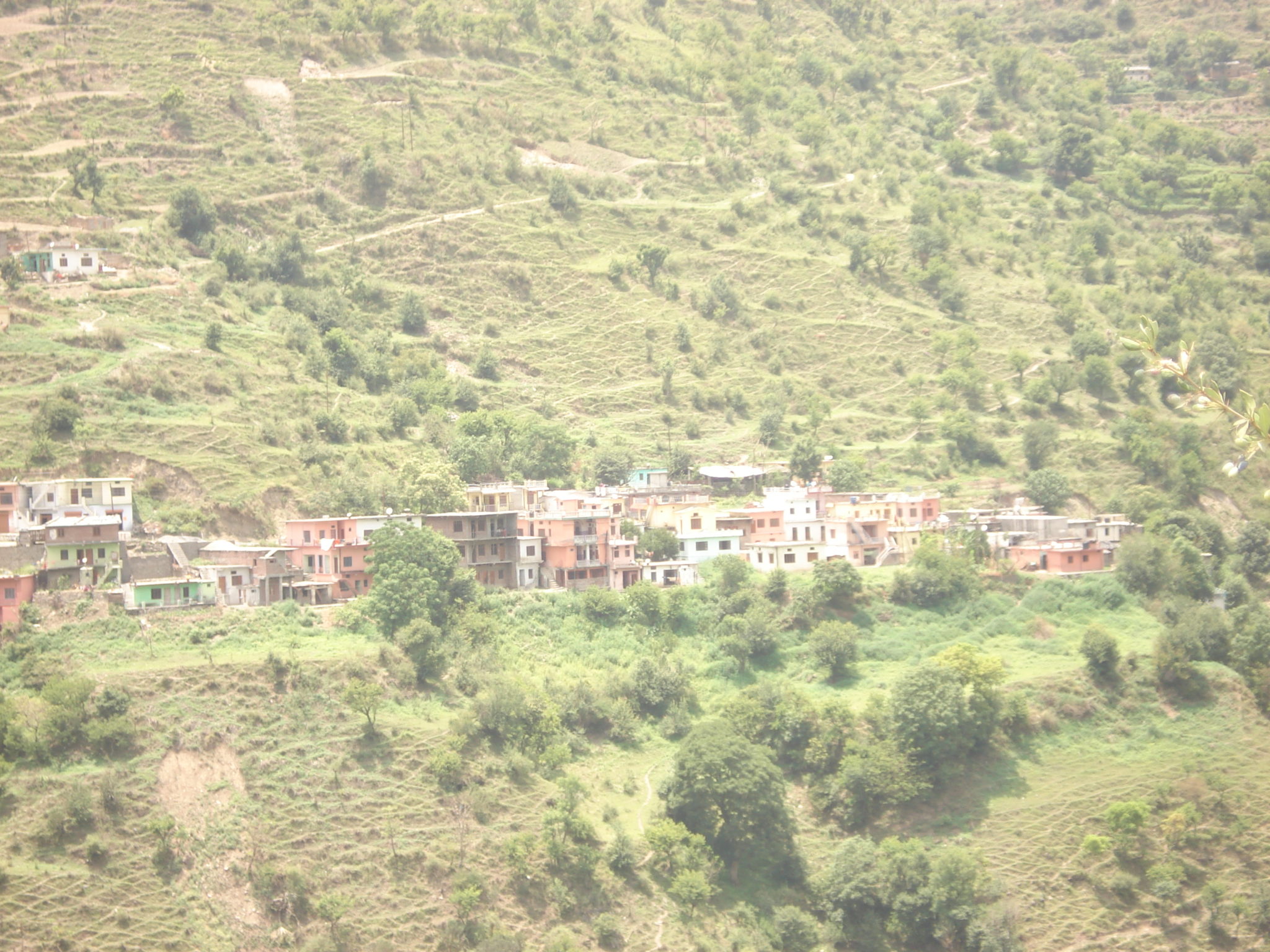 Village Kwansi - on the way to Lakhamandal

The condition of roads to Lakhamandal is too bad , we were thankful to God for the nice weather other wise anything could be happened. In the stretch of this 50 kms we hardly saw 4-5 cars/jeep. Around 1:30pm we reached Lakhamandal.

Village Goraghati - on the way to Lakhamandal

Lakhamandal is 70 kms from Chakrata & 62 kms from Mussoorie. 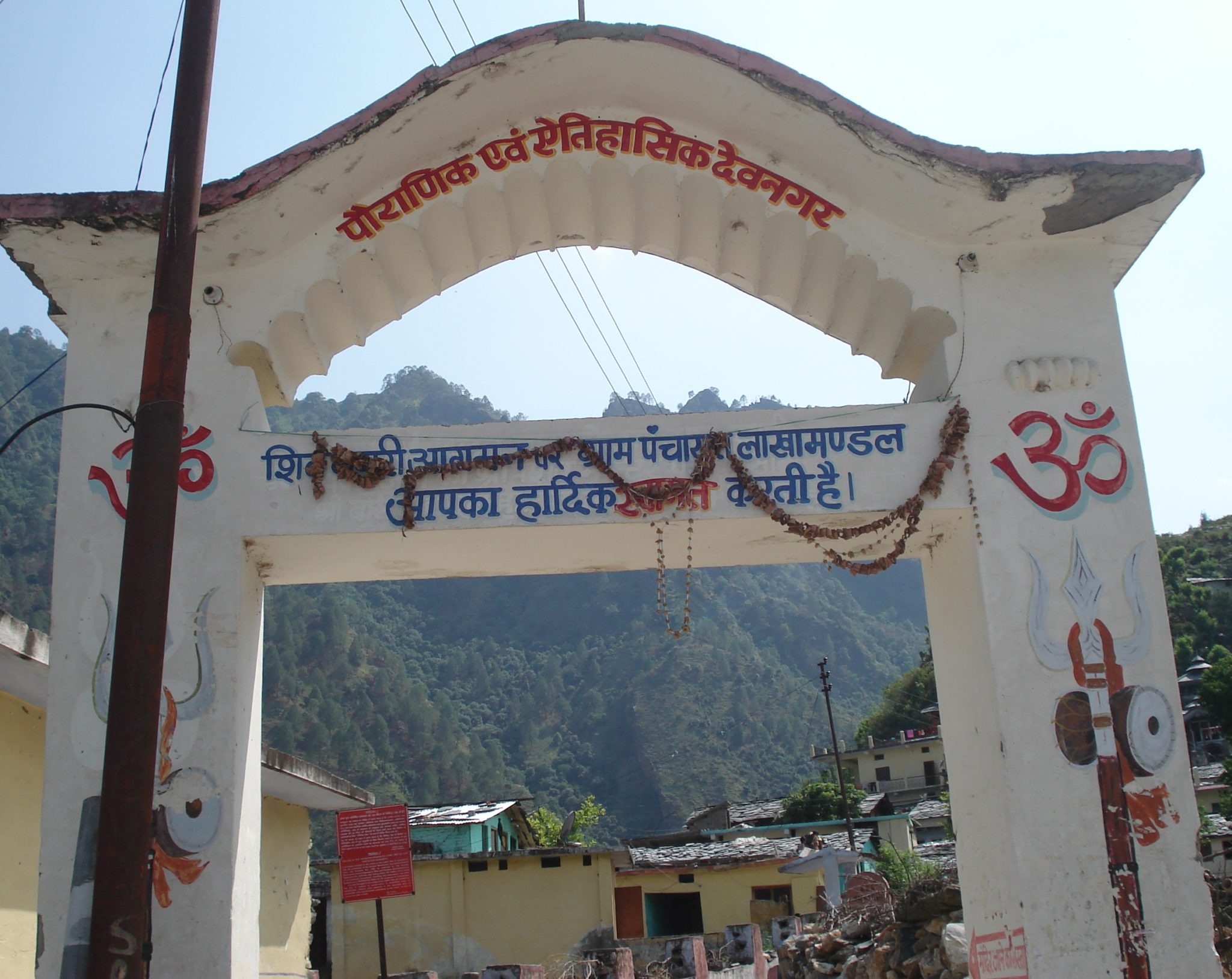 It is to be believed that this is the place where Duryudhan built “Lakhsha Grah” to kill Pandavas but fortunately Pandavas escaped from there by running away through a Cave .The next end of the cave can be seen at a distance of 2 kms from Lakhamandal temple. 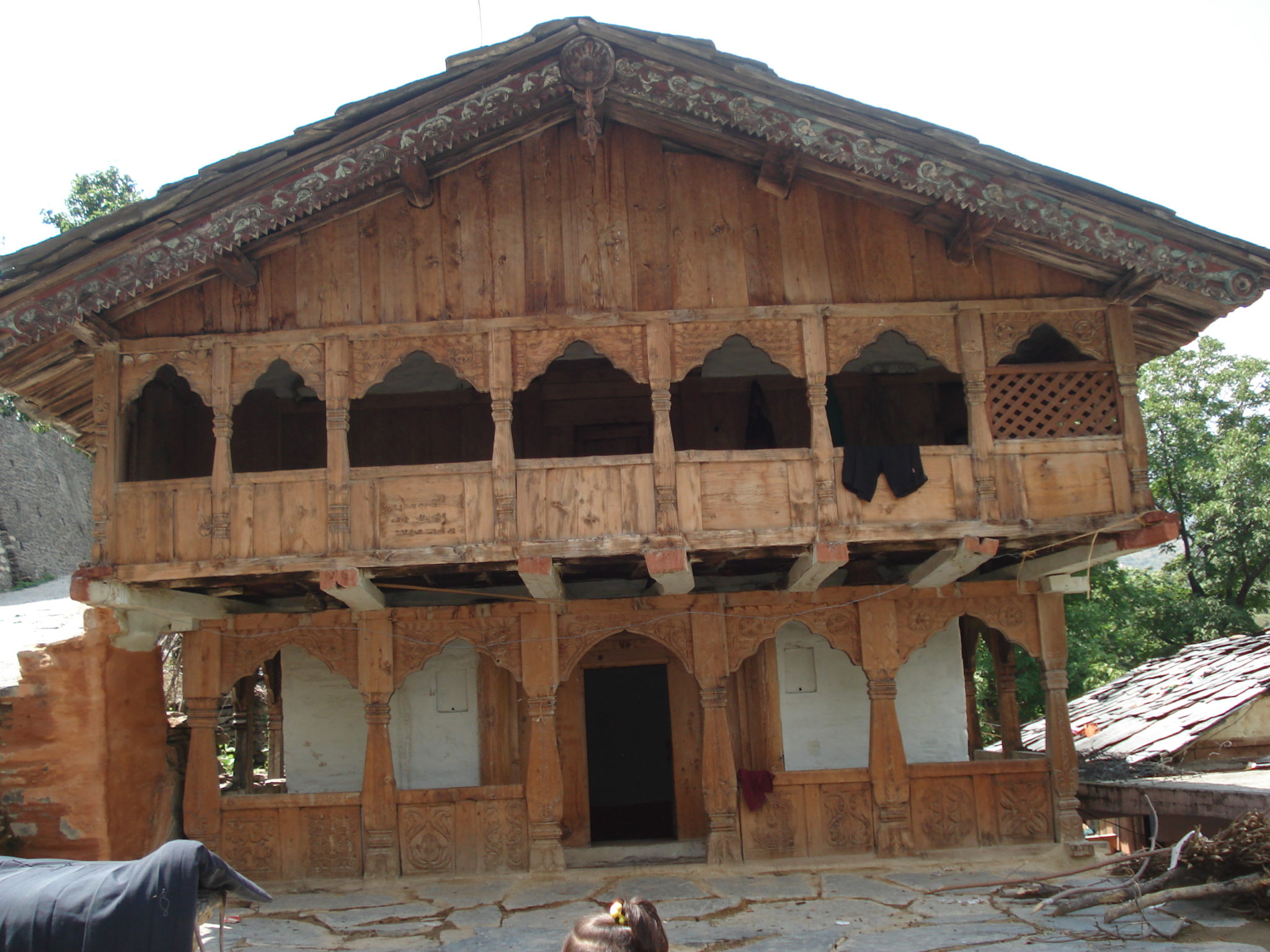 Local House on the way to lakhamandal

Lakhamandal Temple is accessible from the main road by passing through the narrow road (Gali). This temple is dedicated to Lord Shiva & Parvati. 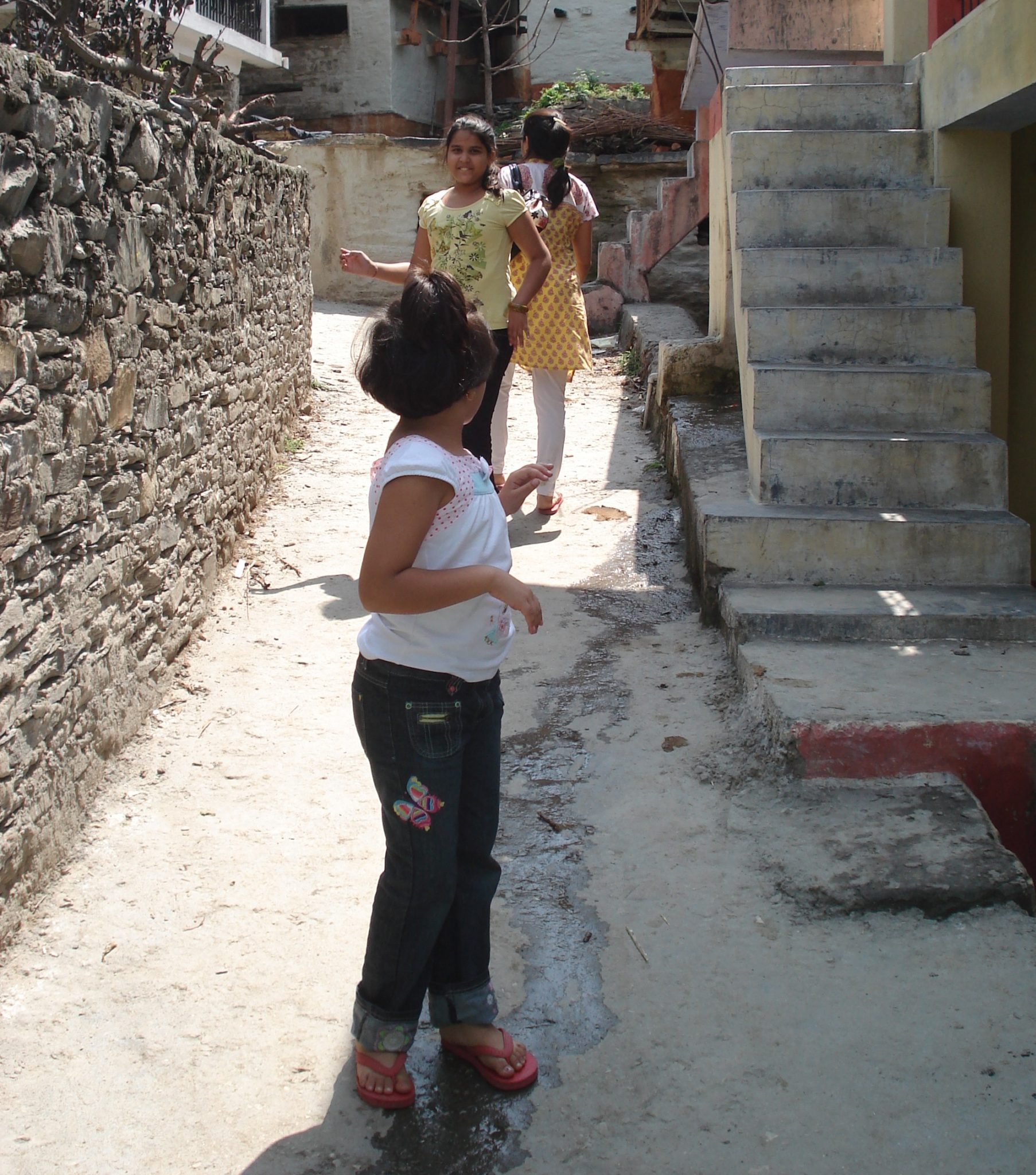 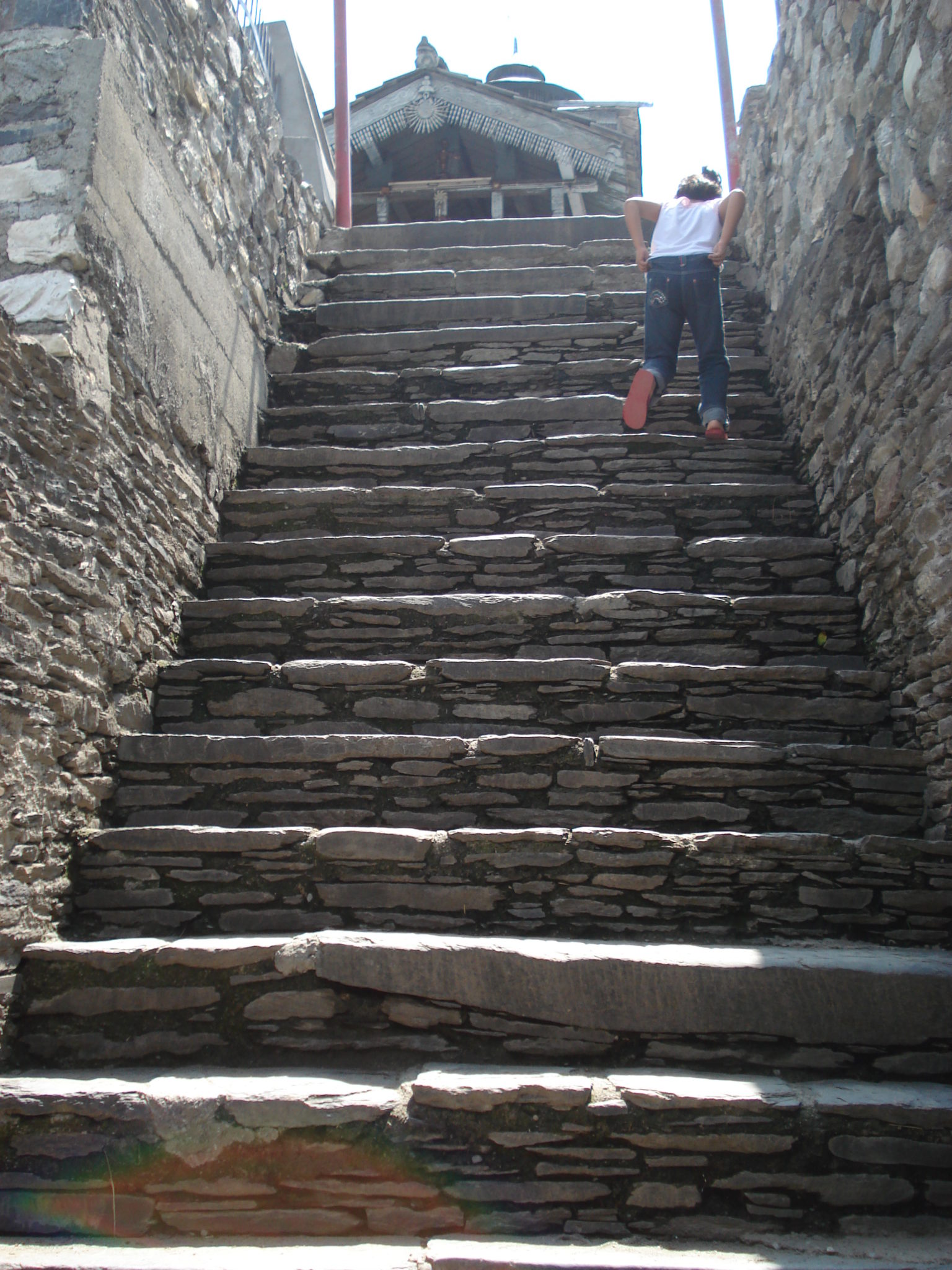 One of the Temple caretaker informed us that this temple was first discovered by a cow who used to drain her milk on the Shivling everyday .One day owner of the cow followed his cow to check & found this temple. This temple is replica of Kedarnath.

Out side the temple there are two Nandi at the both side of the gate. 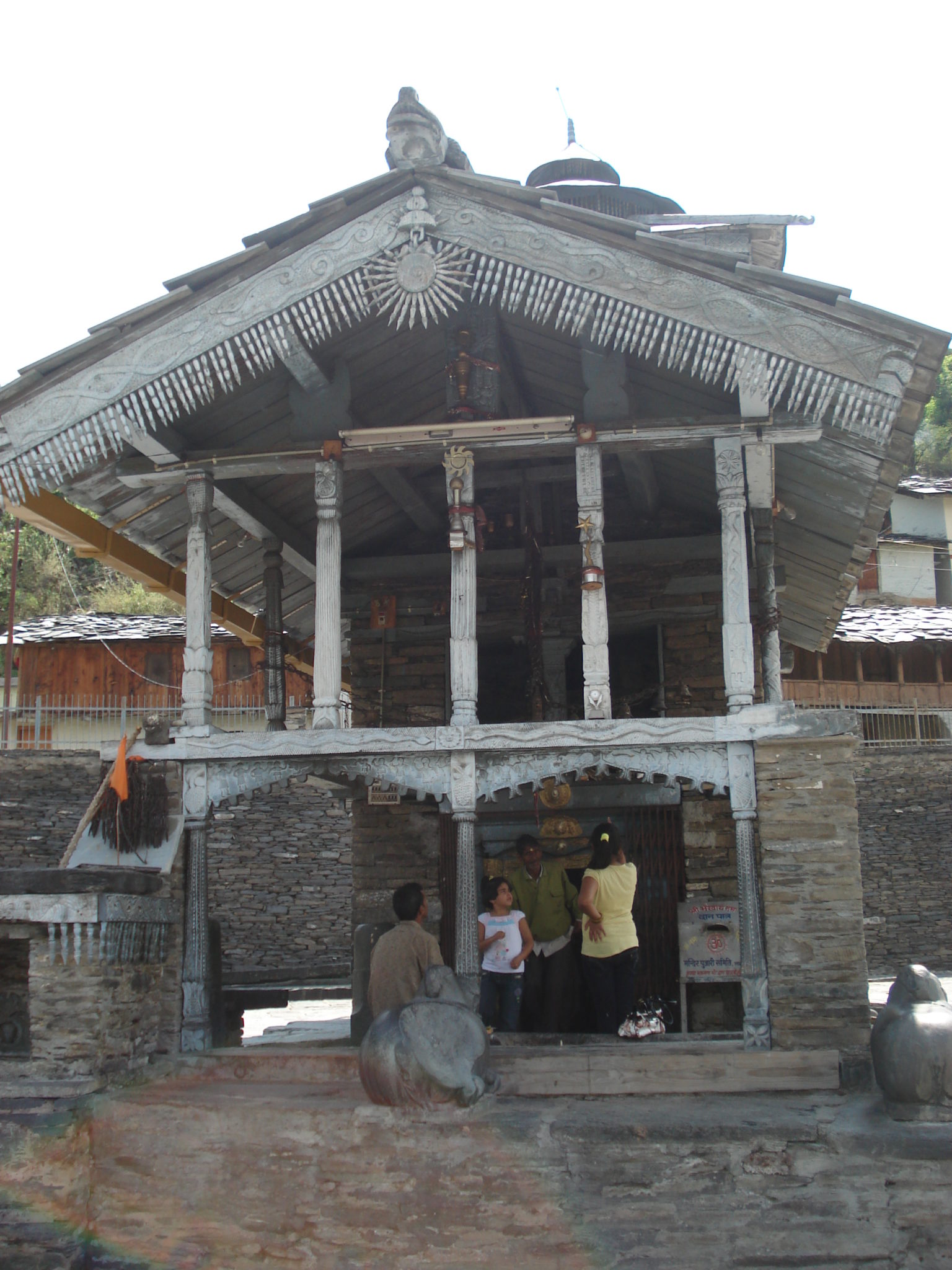 There are two shivlings with different colour / Shape also near the gate of the temple. Dark green Shivling belongs to Dwapar Yug & red one belongs to Tritiya Yug.

Inside the temple one can see the foot mark of baby Parvati on a rock other than that there were idols of Shiv , Parvati , Kartikey , Ganesha, Vishnu & Bajrangbali. Photography is prohibited inside the temple.

Beside the temple there is a big Varandha & at the centre of that a huge Shivling on a platform. 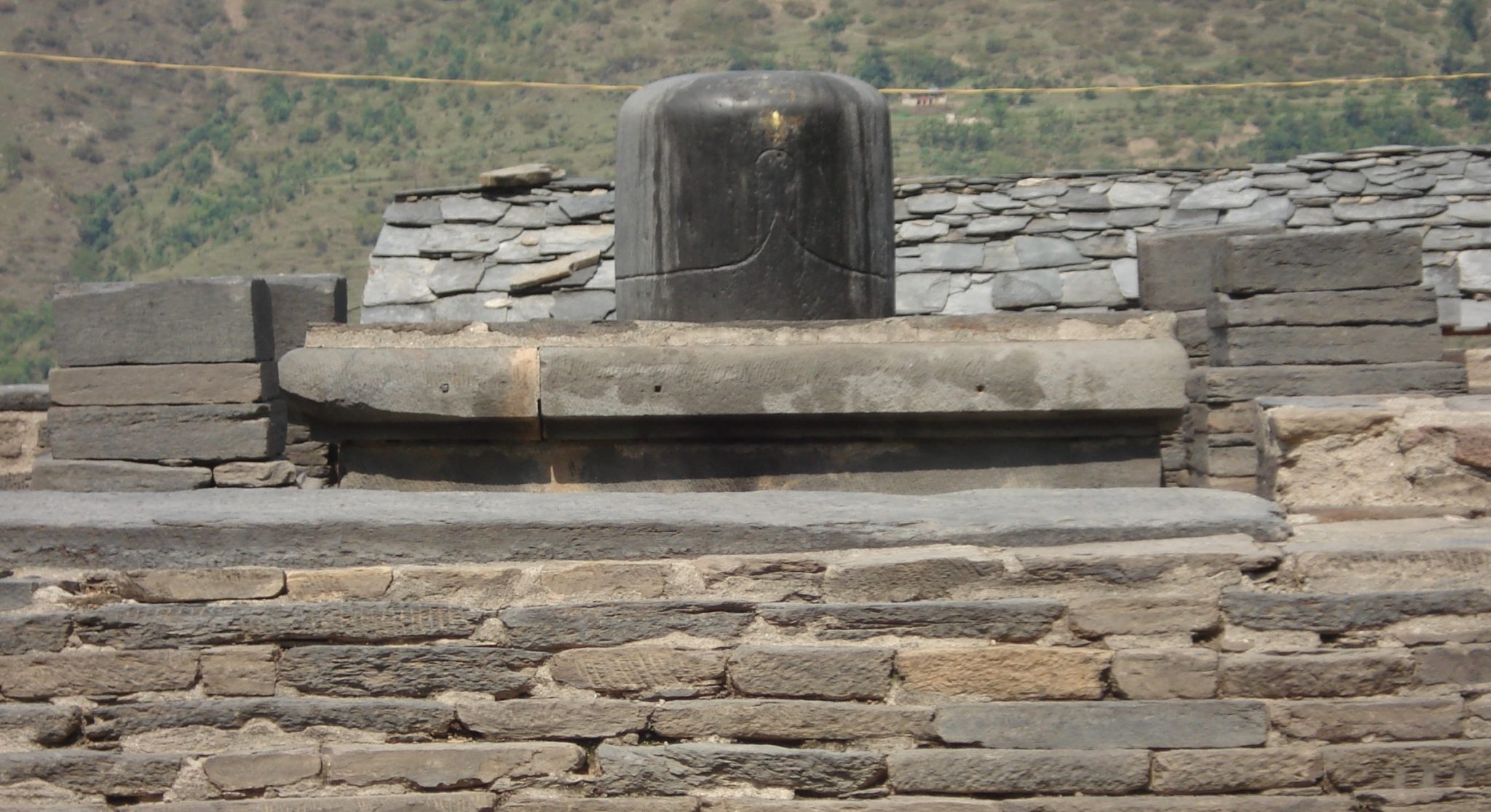 Shivling on a platform

It is to be believed that this temple was built by Yudhishter .Localites call it “Mundku Devaru” means “a temple broken from Head”.

Near to this temple one can see two 6 feet statues , they are called as gatekeeper of the temple. Other than that there are lot of broken parts of pillars of temple & Shivlings with different shape / colour can be seen. 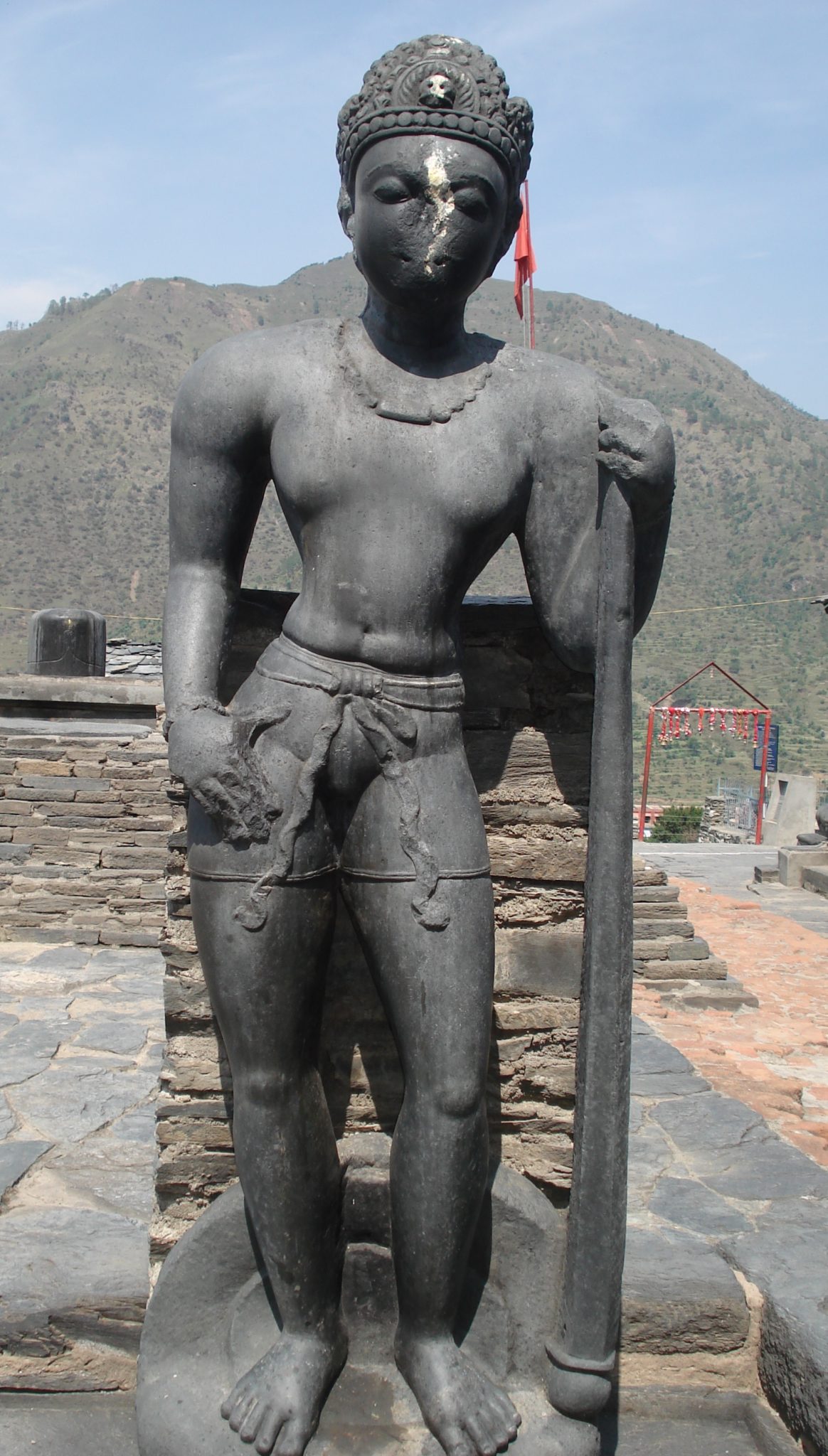 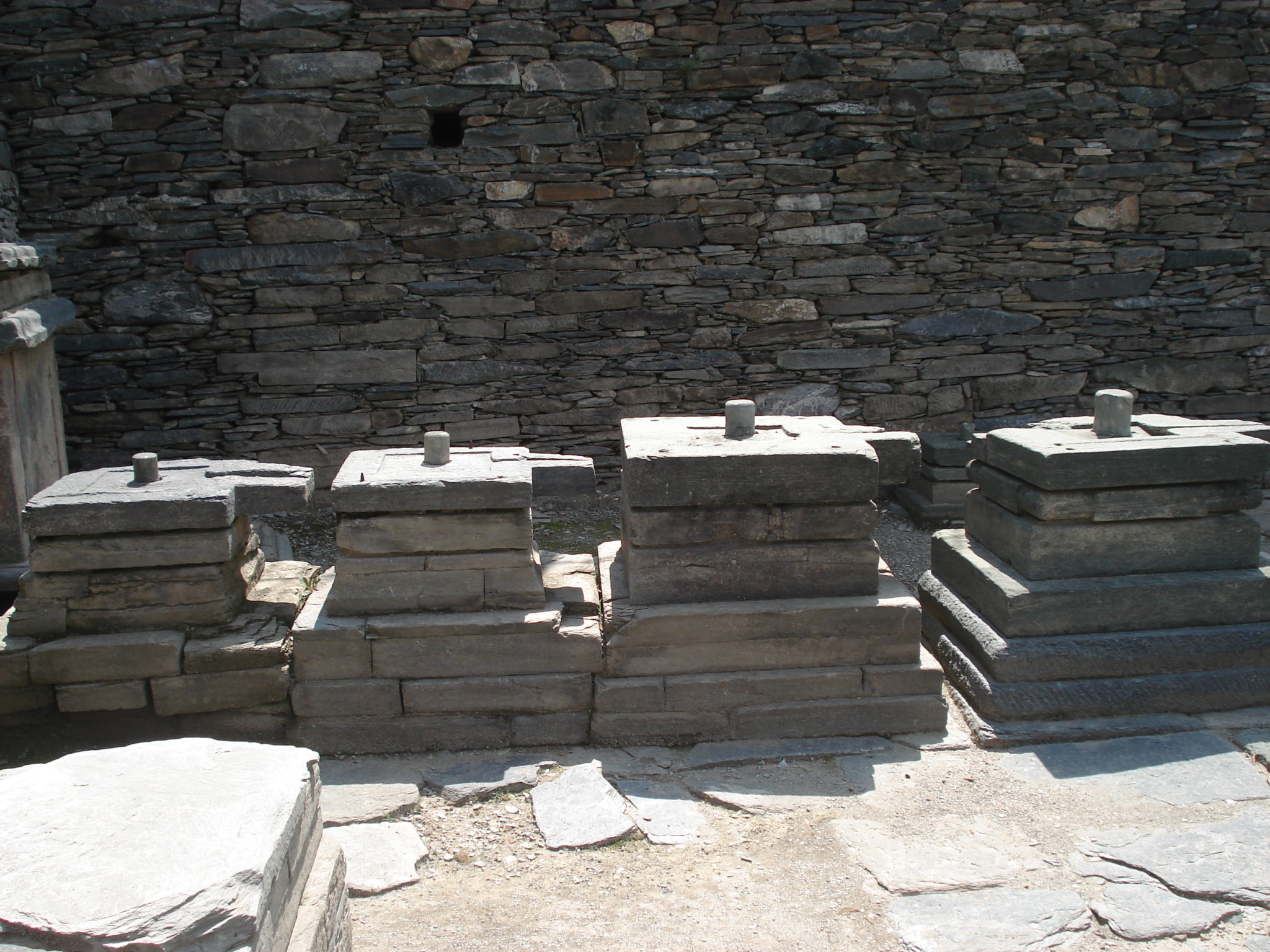 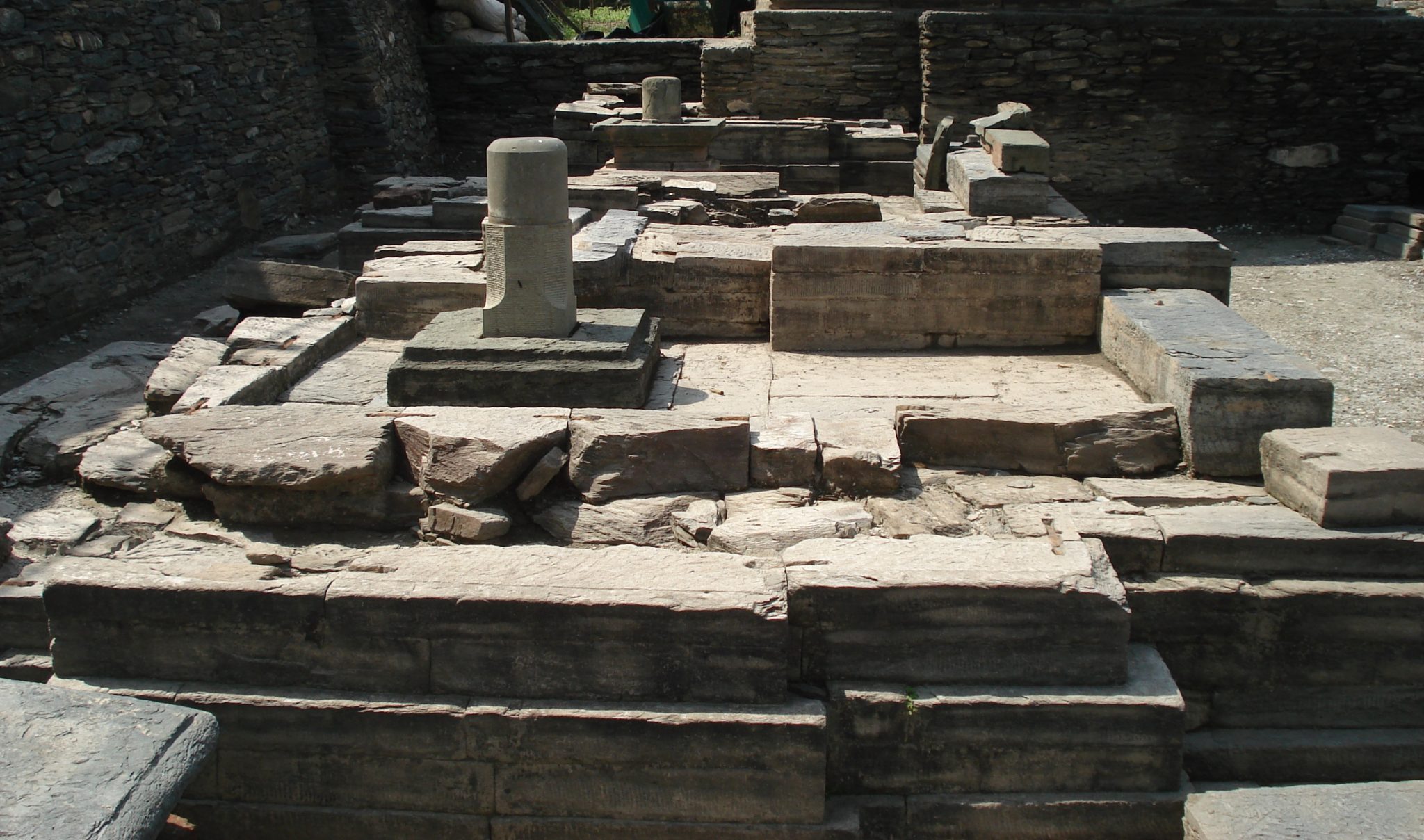 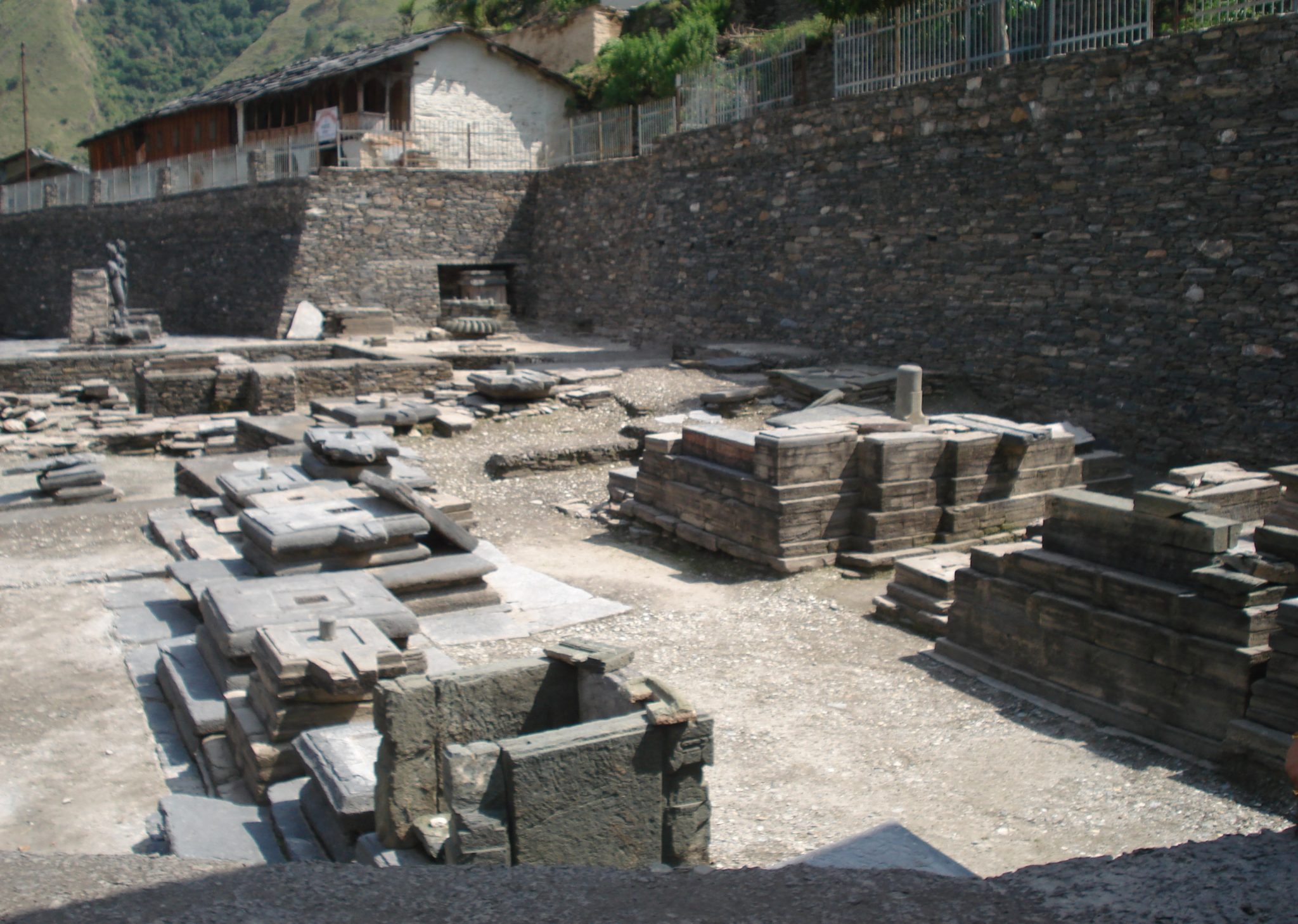 At some distance there is a stone shivling which shines after pouring water on it , one can see his/her own image also while pouring water. It was found in 1963 by a localite while constructing his house. 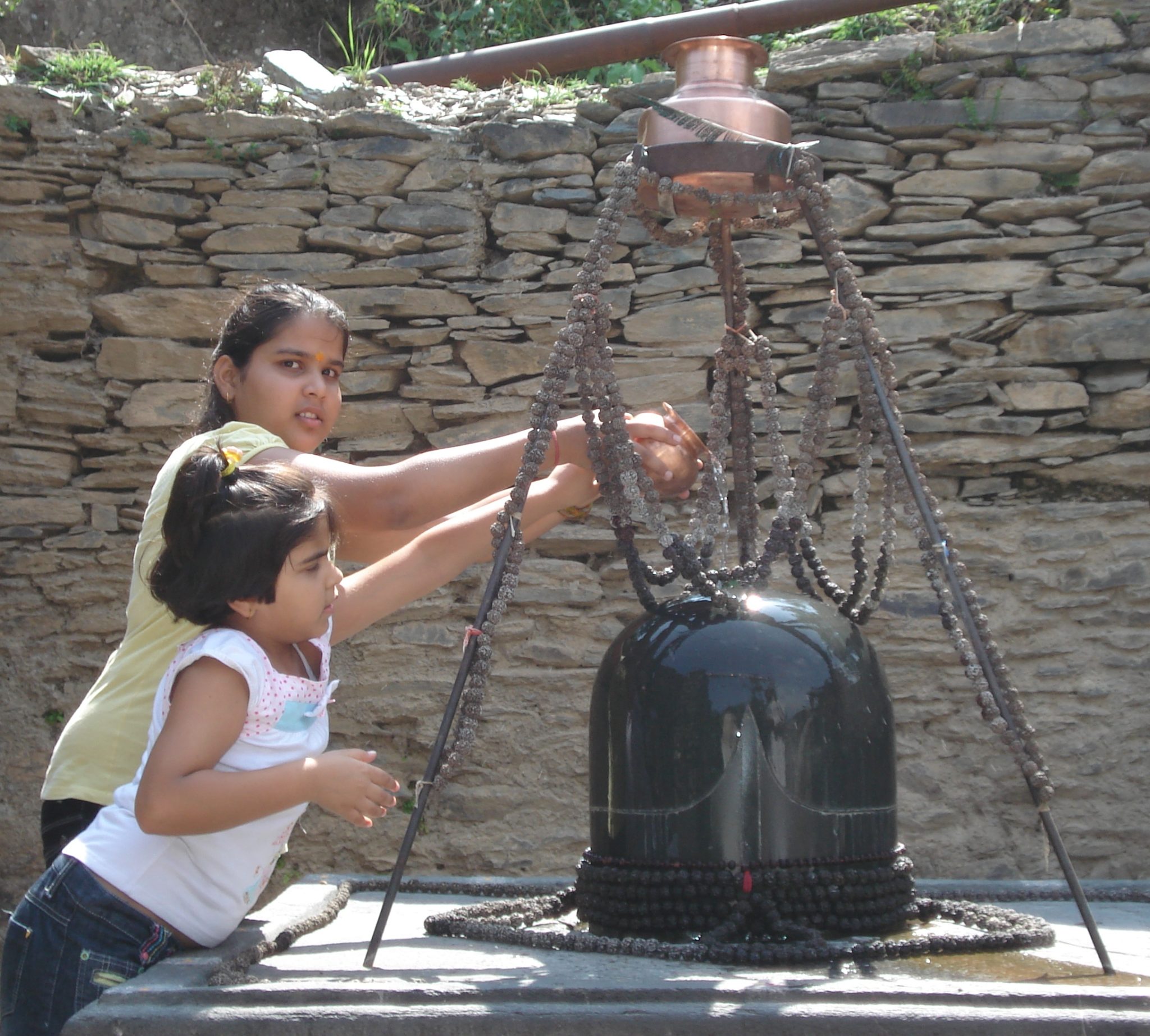 There is a museum also with a collection of staues & Shivlings of different shapes. 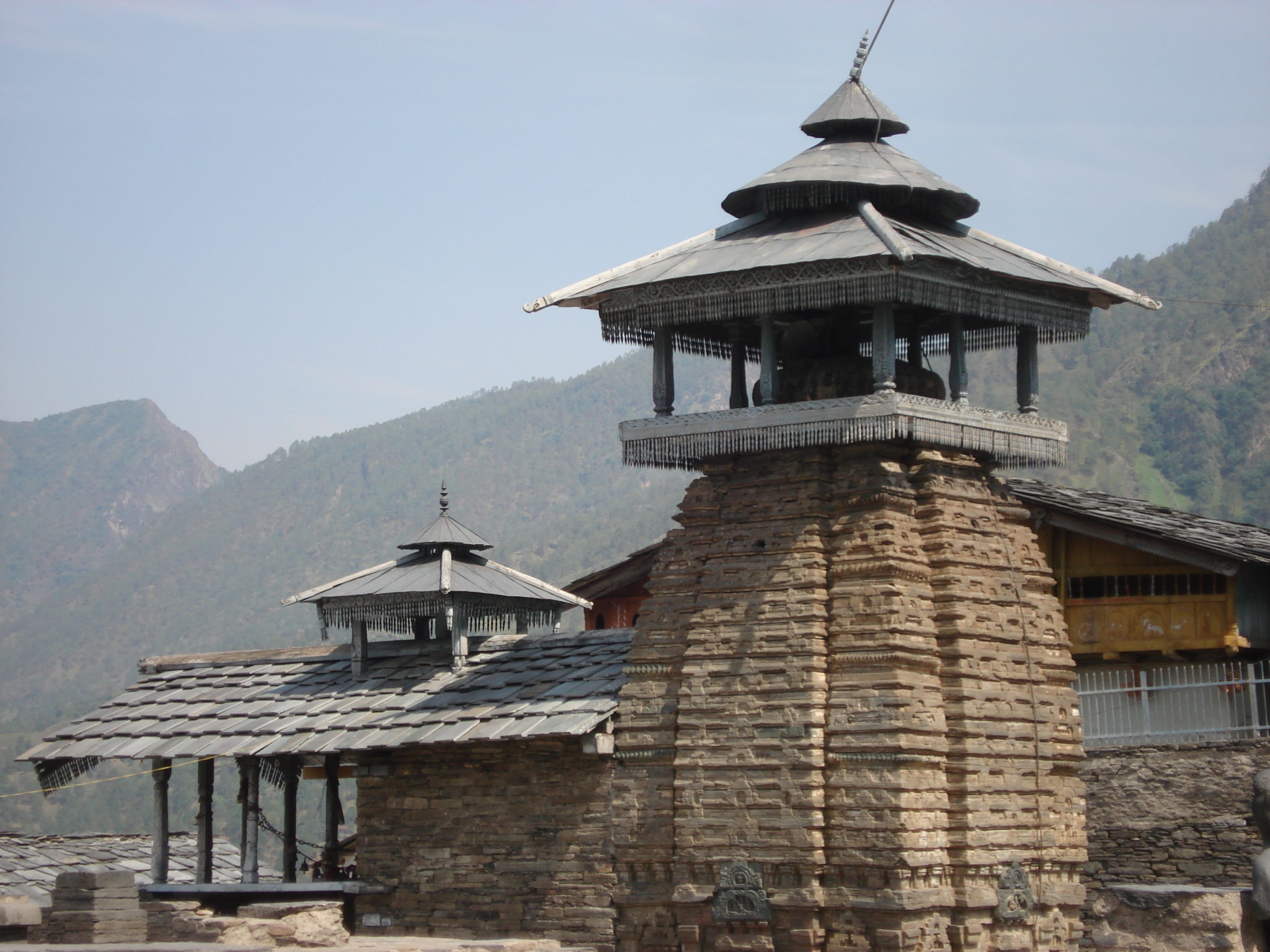 On the way we saw that cave which was used by Pandava’s to escape from Lakhsagrah. The cave is not maintained at all. There was no arrangement of light. 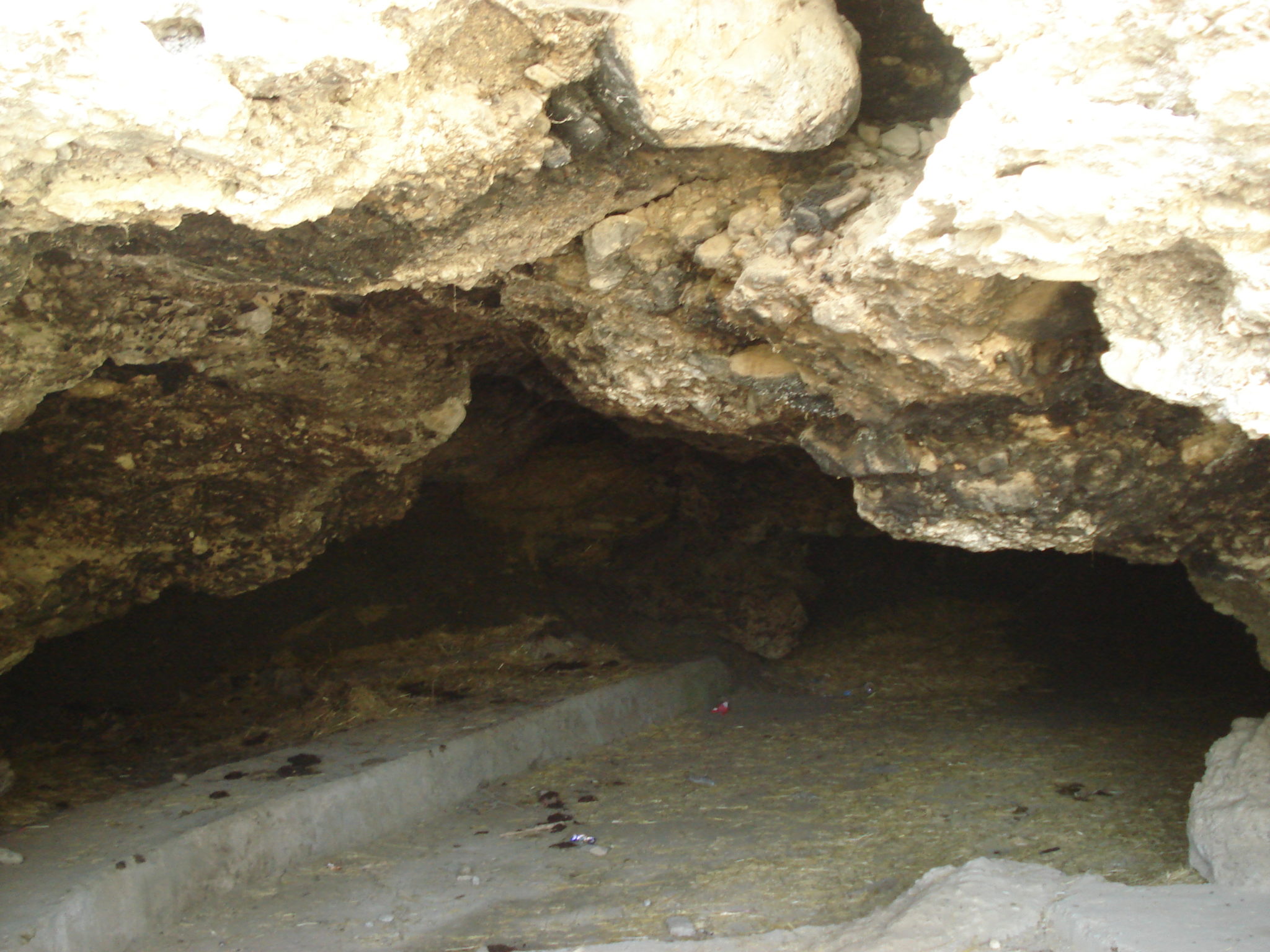 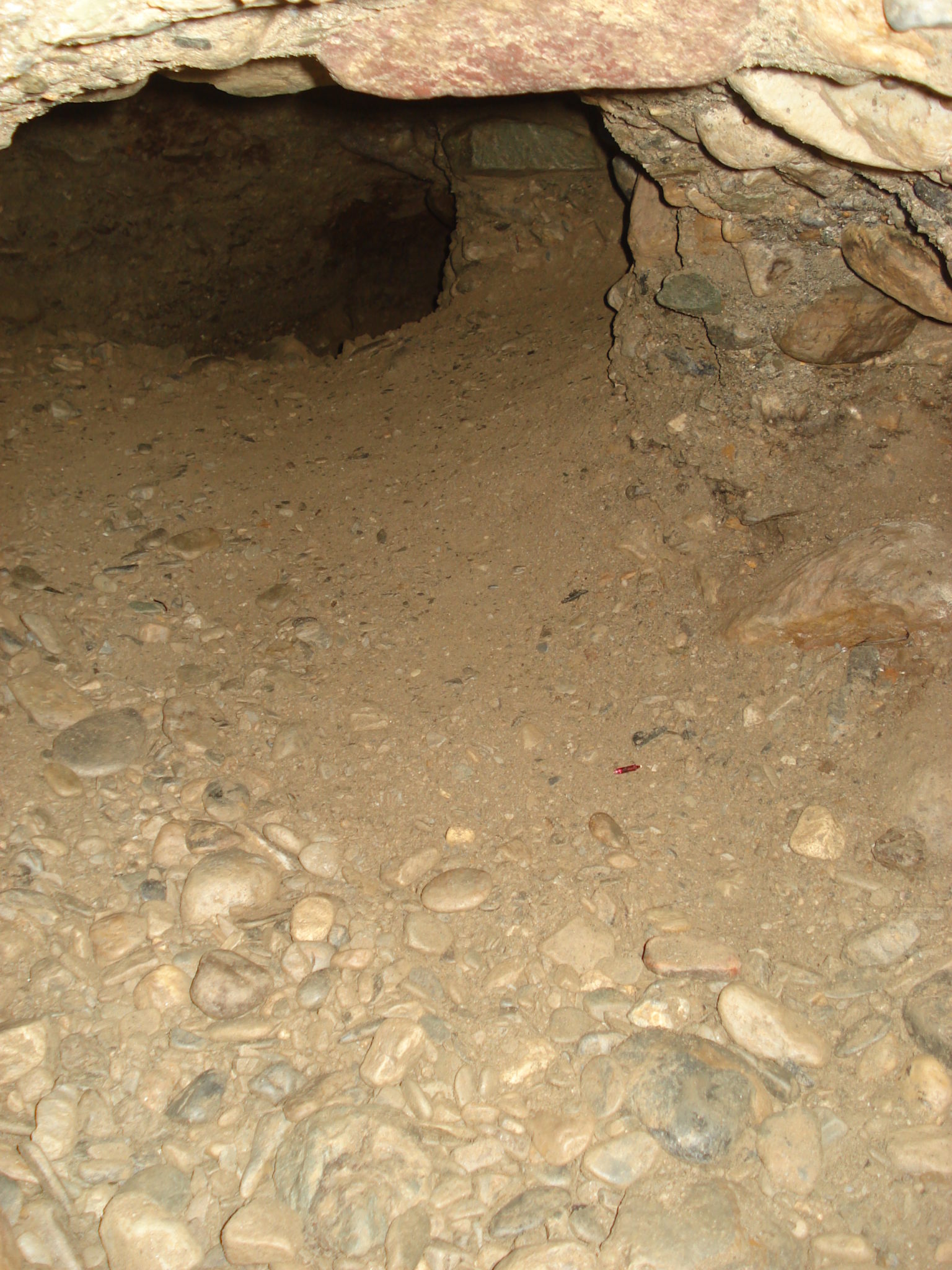 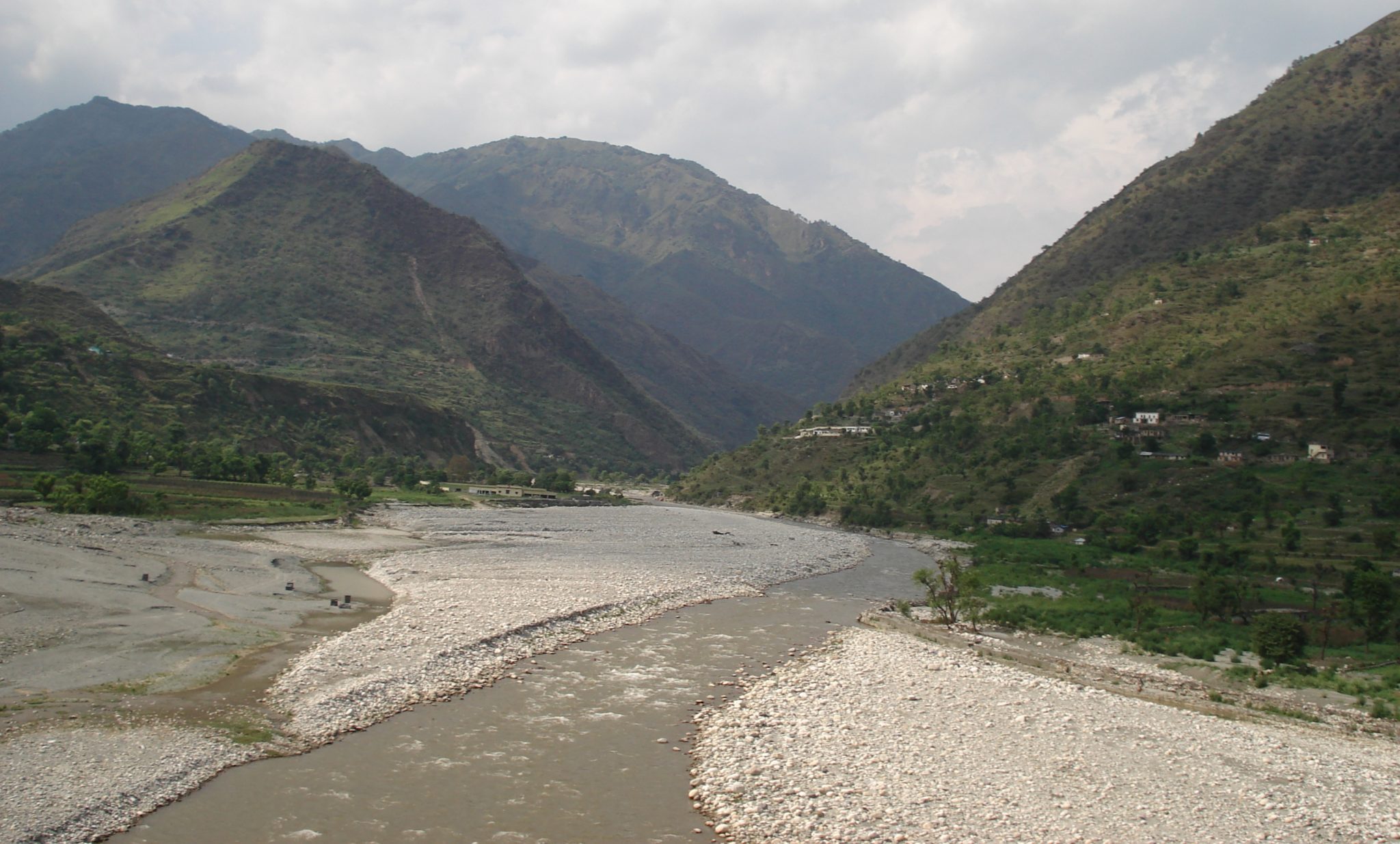 In this way our entertaining as well as informative journey got over. 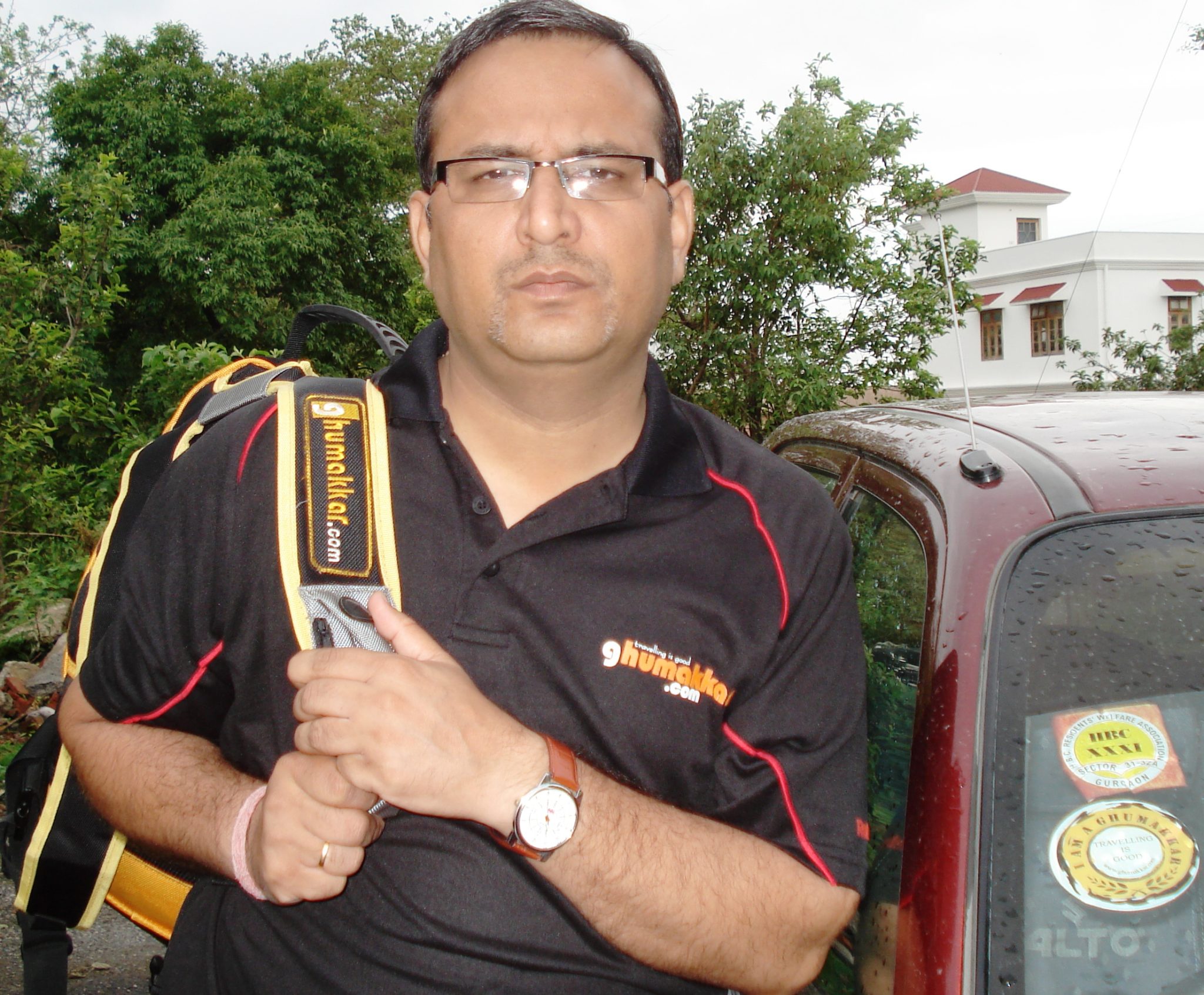