A spatial dimension of differing opinions is Mumbai; someone’s dream and someone’s bane is Mumbai. However, the city is not just about the traffic, hordes of aspiring actors, or crowds that never leave you alone, as it was originally. Dadar and beyond, now known as South Bombay (or popularly SoBo), is the real metropolis. Apart from being the address to the top 10 restaurants in Mumbai, SoBo is where everything good comes together to create the opinion – what a wonderful place! Here’s why you must travel to the southern side to find the impression known as Mumbai: 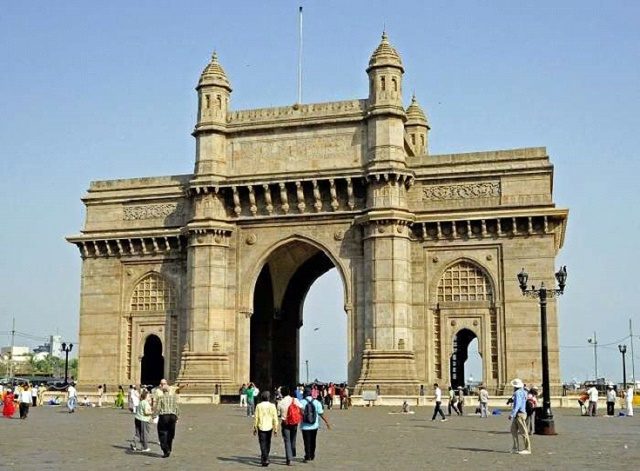 No monument is more iconic than this one at the very Southern tip. In our opinion, you’re better off witnessing the sight it becomes when the sea rages and sprays the monument with water than cheering for your favourite Bollywood star outside their home in the hope of recording your first-ever fan boy moment. Erected about a century ago, the UNESCO archway offers a great seat with a view of the sunset. Avoid the afternoon and early evening crowds, though. 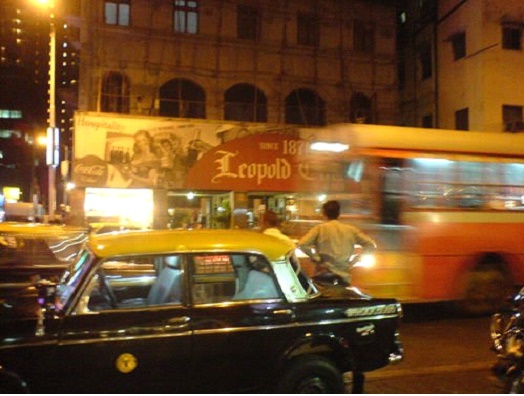 Not the names of two famous detectives, but these are nothing short of fame and an aura equally worthy. From a vast catalog of bars and nightclubs, these two stand out and are on every Mumbaikar’s lips. The dimmed light, exposed walls, cheap beer (chakli and spicy sauce for snack), and an old bar ambience is Gokul’s in a nutshell. A subject of the Gregory David Roberts’ Shantaram, Leopold bustles with the joyous citizens of Mumbai wanting to relax and catch up with friends. Remember, a roll or other savories at bade miyan at midnight is a custom. 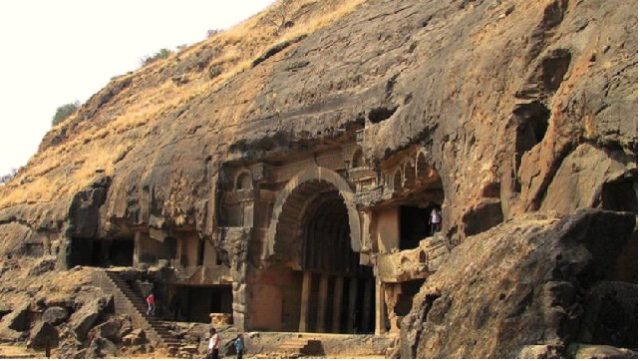 A UNESCO World Heritage Site is just past a short boat ride from The Gateway of India itself. If you don’t already know, the Elephanta Caves were designed between the 5th and 8th centuries. The 7 caves (5 Hindu + 2 Buddhist) have survived centuries of turmoil. The 6-7 metre-tall Trimurthi sculpture is a remnant of unfading architecture. The resemblance to the Elora caves in terms of carvings is striking. It is believed that the caves might cave-in (for the lack of better term) anytime, which is why you must get there without delay. 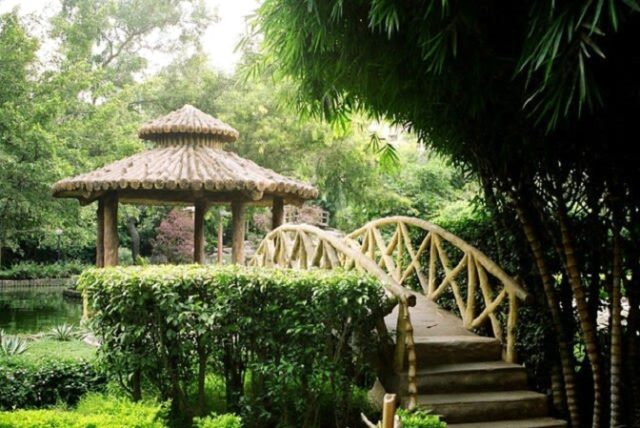 Mumbai is green in patches and those patches are quite viridescent, which is quite a contrast to the otherwise packed streets. The Post Trust Garden is one of those places that is landscaped into a habitation for scores of birds. The sea facing benches are a simple treat for readers who find themselves drawn into the texted world; such is the calm that penetrates the walls of the gardens that are spread across 12 acres.
Variety of flowers and tall trees create a quintessential backdrop to the deep blue waters of the Arabian Sea and the best part is that it is maintained well. 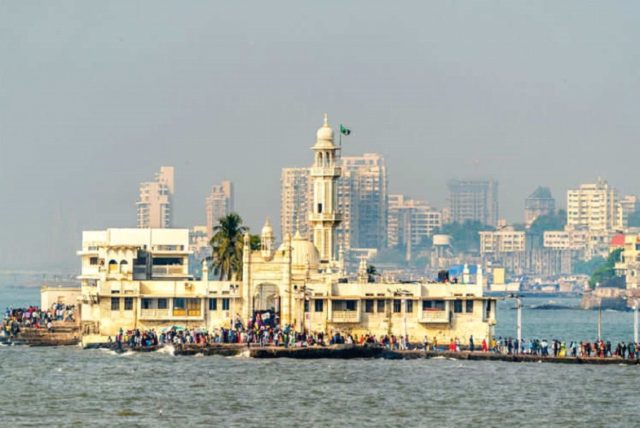 The famous Dargah is situated on an island connected to the mainland with a boardwalk. After having paid your respects, irrespective of your faith or religion, sit out there as the water beats and ascends the steps gradually and the suns sets to create picture that is exclusive to Mumbai.
There are several other places Kala Ghoda, Khotachiwadi Village, Rajabai Clock among many others in the diverse catalogue of South Mumbai. The where to stay in Mumbai question has two answers – near the airport at the LaLiT Mumbai or South Bombay to get a glimpse of the real city.

The City South of Dadar – The Real Mumbai was last modified: December 9th, 2018 by Editor Desk