In my last post I took you to the Lion Park, this time I will take you to the place which is not only a tourist place but also one can find the combination of history and scientific evidences of human civilization. 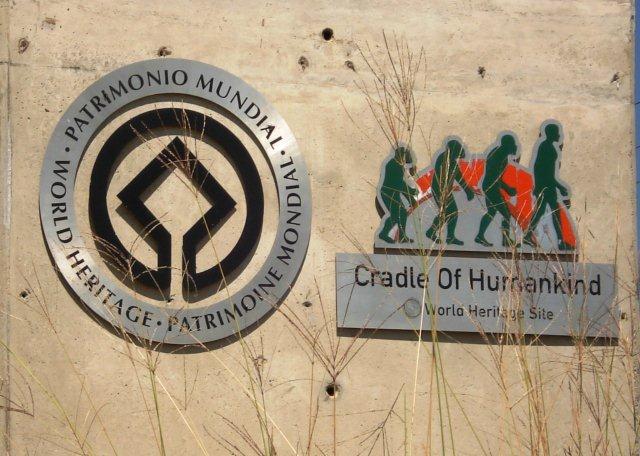 The Sterkfontein caves are owned by the “University of the Witwatersrand” , whose scientists have been responsible for the main excavations of the world Heritage site. They are credited with many of the world famous discoveries. Much of what we know about our origins has been learnt from the fossils of our ancestral species & their relatives, known as “Hominids”

The Cradle of human kind was declared a world heritage site in 1999 because of the areas exceptional contribution to our understanding of the history of Humanity over 03 million years. 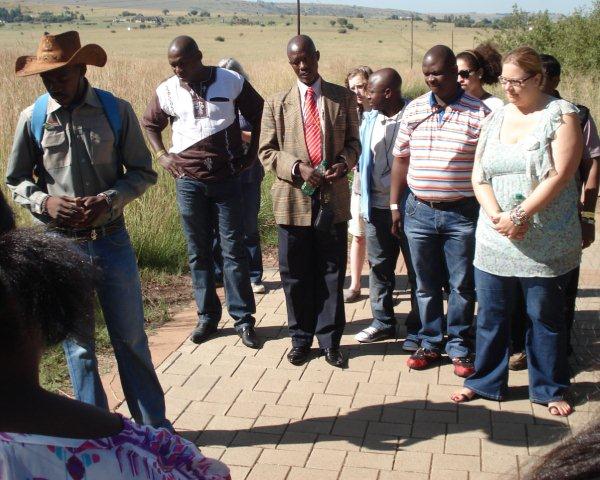 All together there are 15 major fossils site in Cradle of human kind of which Sterkfontein is most famous one. 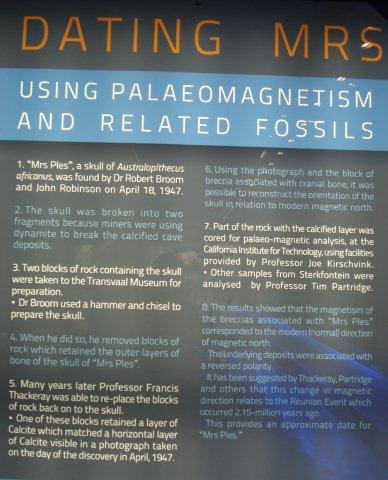 Archaeological finds at the Cradle of human kind includes 1,7 million years old stone tools , the oldest recorded in southern Africa at Swartkeans near Sterkfountein , a collection of 270 burnt tells us that our ancestors could manage fire more than one million years ago. 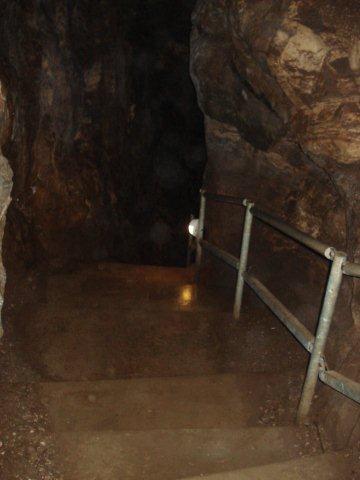 The cave has many stalactites & stalagmites, formations in different sizes and shapes. 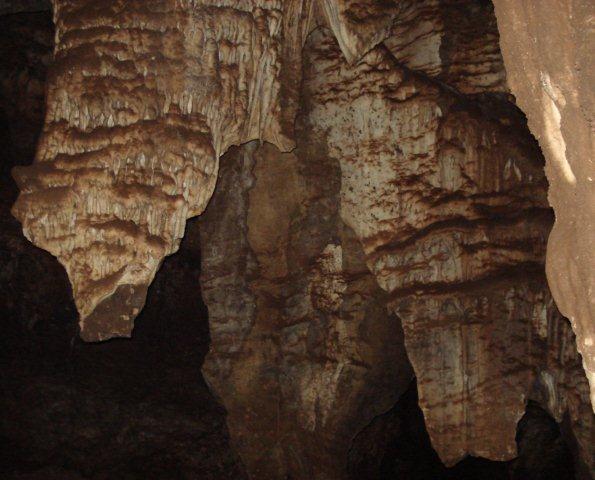 The term stalactites come from Greek word Stalaktos which means “dripping” , because these other-worldly formation are produced drips from the ceiling of the lime stones caves. water react with chemical elements in ground and rock and seeps slowly through the roof of the caves , depositing calcium carbonate , which hardens and builds up over time to form a “Stalactite” 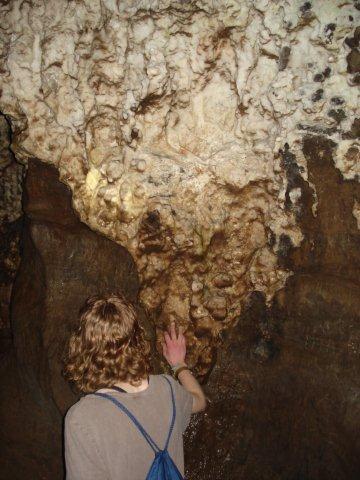 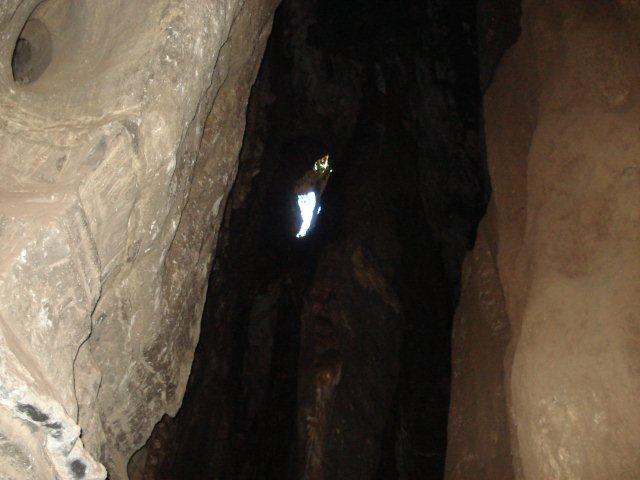 Opening from roof of the cave

Sterkfontein caves now have improved access into the cave , new walkways offers visitors a bird eye view of the spot where these fossils were found. 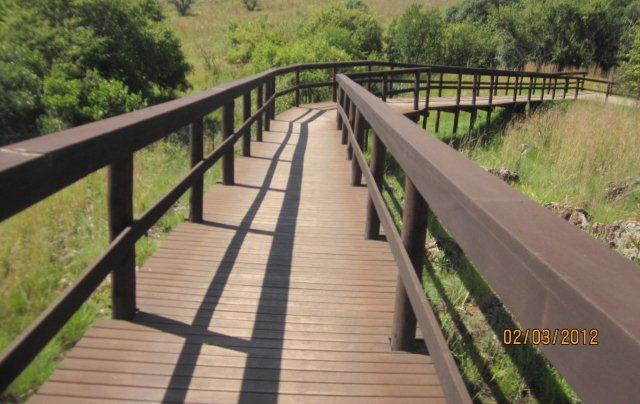 On the gate way of cave there is exhibition center which could be visited while waiting for your turn to visit the cave or after coming back which is very informative which tells you about the fascinating Sterkfontein caves and their secrets about the past.
The Scientific exhibition center showcases cave formations and Geology, early life forms, mammals and hominid fossils , among other topics. It gives the information about the fossilization, palaeobotany and Landscapes. 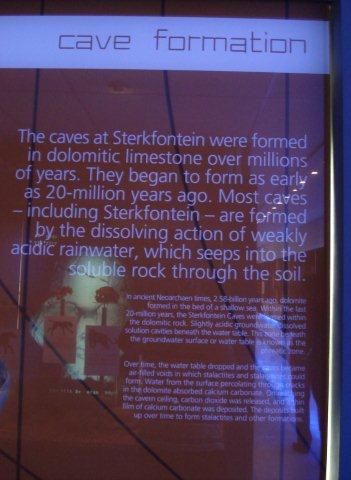 It is advised to wear comfortable shoes to avoid any mishappeninging inside the cave as the path inside the cave is slippery due to the dripping of water from the roof of the cave. 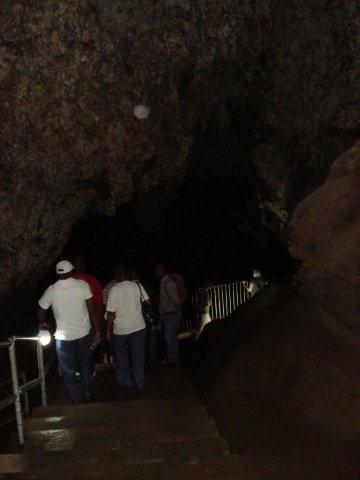 People who are suffering from Asthma & heart disease should avoid going inside the cave because of oxygen problem. 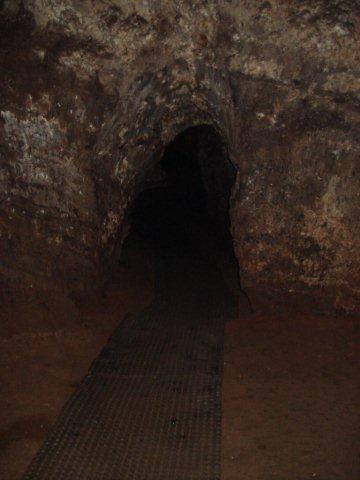 For a large group it is advised to book their tickets in advance to ensure entry as National heritage site are required to practise sound visitor management to preserve this natural site. As per guidelines entry of numbers of visitors to cave is limited. Sterkfontein caves reserve the right to refuse entry if the daily visitor limit exceeds. 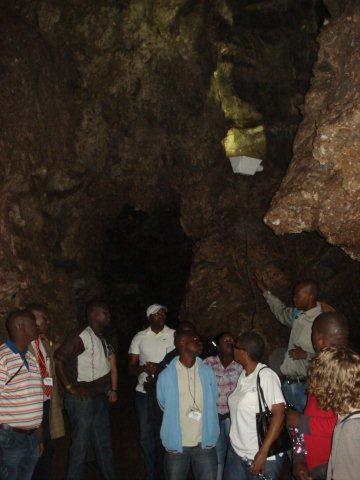 As this place is full of historical information, it is a perfect place for school tours. 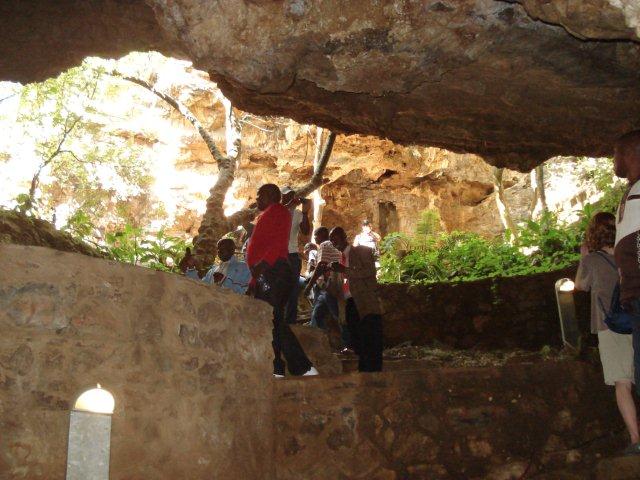 Coming out of cave 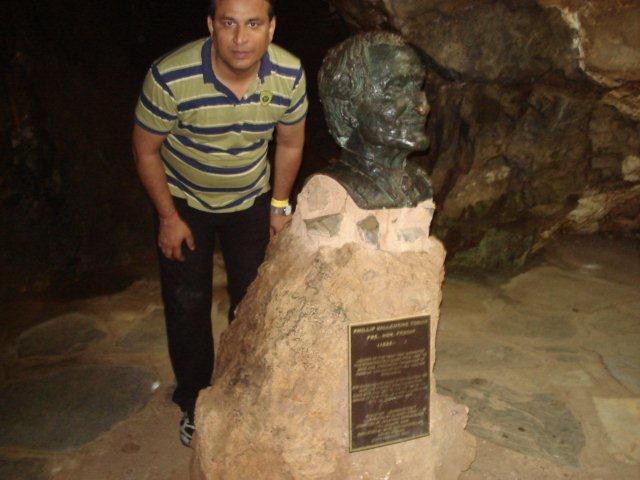 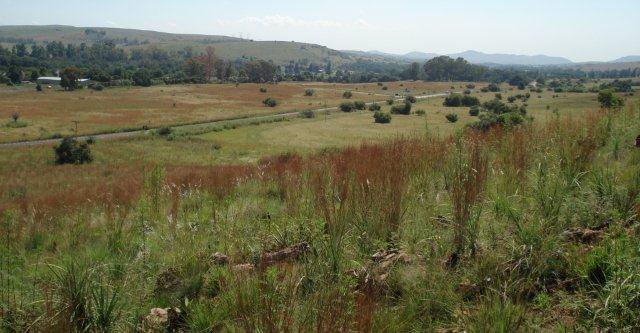 After coming back to visit the cave we went for a walk around the cave. The view around the cave was mesmerising but the notice board “ Beware of snakes” placed at every distance of some meters made us scared.We took a breath of relief when we reached the reception area near ticket counter. There is a small restaurant where we had our tea & thanks to our Guide and proceeded for the city tour. 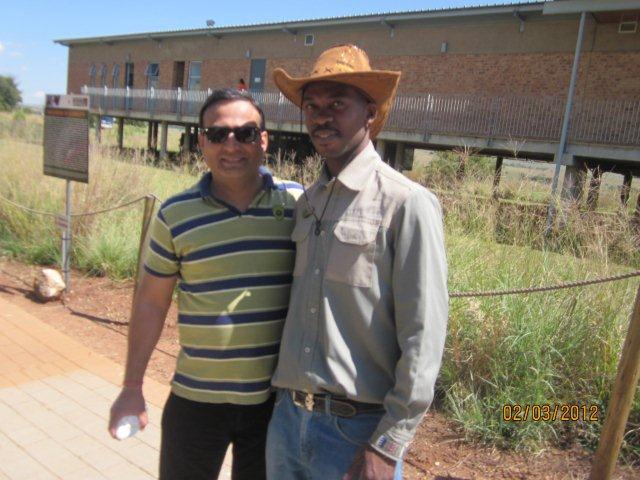