Yes, during the joint Industrial trip of ME and EE to Obra, Rihand, Renukut, Windham, Vindhyawasini devi -wow we went to too many places- I used to sit in the backest bench of the सर्वजन हिताय UPSRTC bus. That was the longest stint done as a back bencher. Some affairs were sprouting, some had already withered. Little wonder, the anthem of the trip was the legendary yesudas number “छोटी सी इक भूल ने सारा गुलशन जला दिया” to which I too chorused, without really knowing who did that छोटी सी भूल and whose गुलशन was so badly जलाओed, that they had to lament all along.

Nonetheless, by many measures it was a forgettable trip. Wow, that was not what I started to write on. But somehow it cropped up and I am letting it be there kust like that- JLT.

I want to write about my trip to the sweet shop today evening. As you all might have seen in Indian media, recently there has been a lot of hue and cry over खोया sweets, in that the same should not be purchased as the खोया is made of everything except naturally milked edible milk. I am sure no one is missing here that tomorrow is Raksha Bandhan aka sweet gluttony for brothers for the band.  So I said what the heck, let us ditch the local, omnipresent, the Agrawal sweet shop of Shipra Sun City and go and bring sweets from the orderlier lands of NOIDA across the impervious  impenetrable borderline of NH24, from the renowned and sprawling, branded and QMS/OHSAS certified sweetshops of Haldiram or Bikanerwala. At least their shops and staff look hygienic, the polythene hand gloves and all. What they do in there backend and whether it is in the same swanky complex or in some village of Khora or Hathras should not be my business, in case I want to have the ritualistic accomplishment of having and letting all brother of band in my nest have the sweet pleasure. But I am sure chocolates are on their way to push the खोया off the Band palette.

[This paragraph is intended for NOIDA-geographically unchallenged]
So wifey, kids and the driver were off in the little car. We passed the underpass checkpost trial successfully, though the jam at the NOIDA side of underpass road did not less us have a straight passage towards Nokia Siemens side and eventually we had to take a left turn towards the Model town chowki. On reaching the divine road, dividing sec-62 and 63 we realised that it would not be possible to cross this road to reach the nearby Bikanerwala. ‘No problem’, took a U-turn, came all the way back to the under pass point, a dent in the backside of car later, were able to take the coveted left turn and proceeded towards the Nokia Siemens cross road, thinking that we will take a left turn from there to land right in front of the Bikanerwala. We took a left turn and reached the divine road dividing 62 and 63, but here too it was full of Newtonian kind of vehicular movement, and any attempt of crossing would have been costly. It seemed as if  today everyone was going somewhere or the other.

So we thought that well, God wanted us to have the more prominently branded sweets of Haldiram of Spice world, and of course, Haldi is a spice. Off we were to Haldiram and reached there in 10 minutes straight. I hate it when I have to retrace my office route in ‘leisure trips’. There was not much traffic on roads. The reason of this mercy fell upon us when we reached Spice World. All cars had already reached there and got parked, making the parkings of the World overflow. We manged to find a slot though.  And further, to the collective delight of whole family, we discovered that indeed whole of NOIDA and majority of adjoining lesser habitats like Indirapuram, Mayur Vihar, Greater NOIDA, Jevar, Chhijarsi, Kanavani, Mamura, Hoshiyarpur, Atta, Makanpur, Khoda, Dasna, Mahrauli (not that one, silly), Madanpur Khadar, under construction games village, constructed Hauz Khas village, Masuri (again not that one, no one comes from that farjust for some safe sweets), Dadri, Pilkkhua, Hapur, Gajraula, Amroha, Moradabad, Bareilly, Tilhar, Shahjahanpur,( …चलो छोडो अब काफी दूर आ गए , दो घंटे में लखनऊ पहुँच जायेंगे … ) had gathered to purchase safe मिठाई .

The whole place was buzzing of sisters and brothers of all hues and cries. I never thought so many of young persons could be sisters and brothers! Wow! So we just let it be. We savored the sight and I expressed my solemn and silent thanks to the media without whose mass-awareness-enlightenment-movement efforts, whole of the above places would have been savoring unsafe delights.

By the time we pulled out of parking lot after waiting in futility for the sisters and brothers and mothers and fathers inside the hall to give way, many of them had also come back on roads. So we reached home across the border braving peak traffic, after having driven about 25 kilometers, with some dust on car and beautiful expressions on my lips like:

Thank God we are moving towards a safer world. I will Him even more if you could also make it a little more saner. Why everyone has to celebrate Rakhi or Diwali or other festivals on the same day! Let these festivals be scattered, over a period of weeks.

Happy रक्षा बंधन . And yes, Happy returns of the day to all Kishore fans. Leaving you with some beautiful thoughts and deeds. 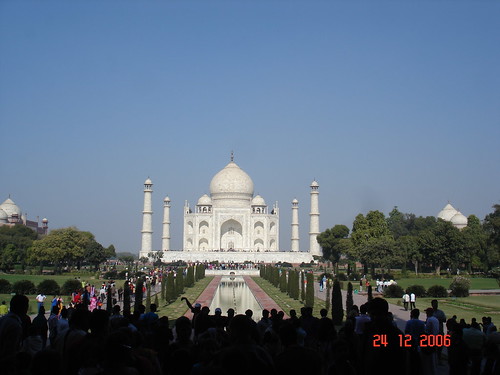 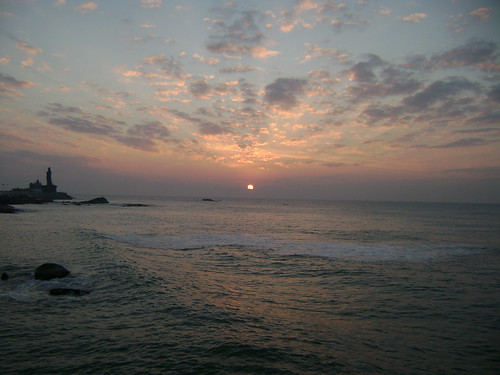 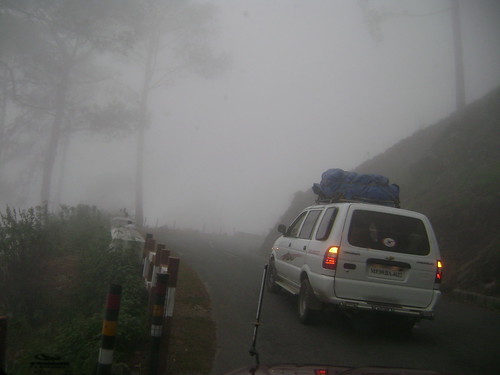 Some cross-border Ghumakkari was last modified: November 3rd, 2019 by Rajeev