﻿Last year, I was planning a long trip, I wanted to go Manali, even have booked two tickets for Volvo to Manali through Rao Travels. But my father firstly suggested then ordered to get a holiday package for being on safest side, as that was a peak session for holidays, May second half. So finally I canceled my tickets and move to Southern Travels, which was my brother’s choice. We were going to Pinjore, Shimla, Manali and Chandigarh for 7 days. That was fun. Let me tell you that was my first travel and I was new to camera, knew no rules of photography, which can be seen in my photographs, well I did my best.

Day 1: On day 1 we arrived Karol bagh to catch our bus, had south Indian breakfast….as usual it was Southern Travels. Then we had our seats, and moved on. Pinjore Garden was our first destination. 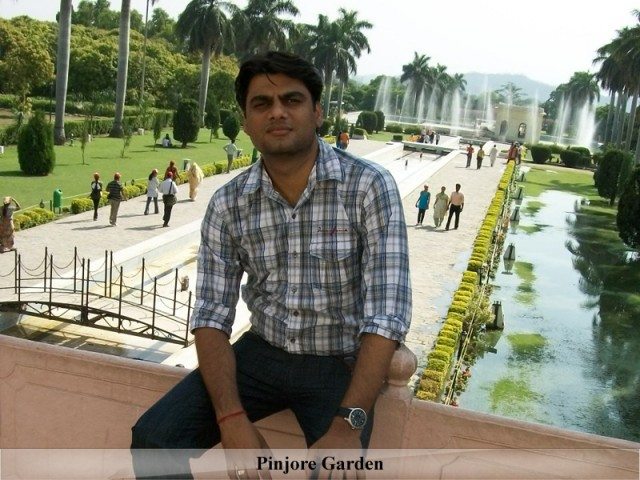 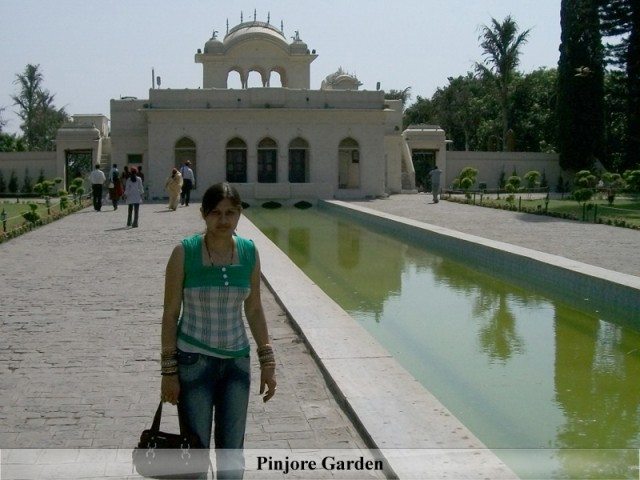 Pinjore Garden, also called Yadavindra Gardens is 20 km from Chandigarh on the Chandigarh Shimla national highway number 21. Special programs arranged here are for the Baisakhi in April and the Mango Festival in June and July. It is said that here Pandava brothers had rested during their exile. 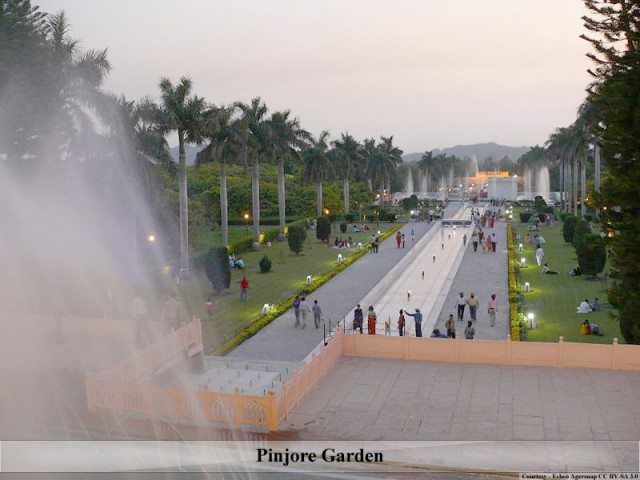 After spending a few hours there, we moved to Kufri, Shimla, and by night we were checking in at hotel Ras Resort, Kufri. It was a nice hotel, especially for panoramic views from room’s window. 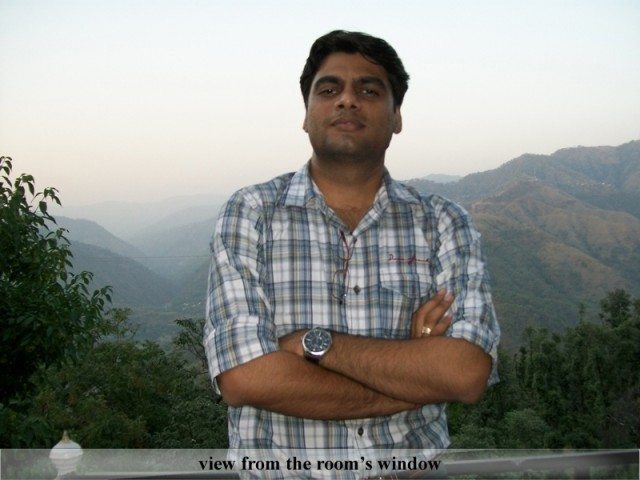 Day 2: We left the hotel for capturing the Kufri. Kufri is a tiny hill station in Shimla district of Himachal Pradesh. It is located 13 km from Shimla on the National Highway No.22. The name Kufri is derived from the word “Kufr” which means lake in the local language. I was there in May so it was hot there, but I loved the scenic views. Hills covered with trees were looking amazing. I would love to visit there again but this time when it would be covered with snow. I really missed snow there. 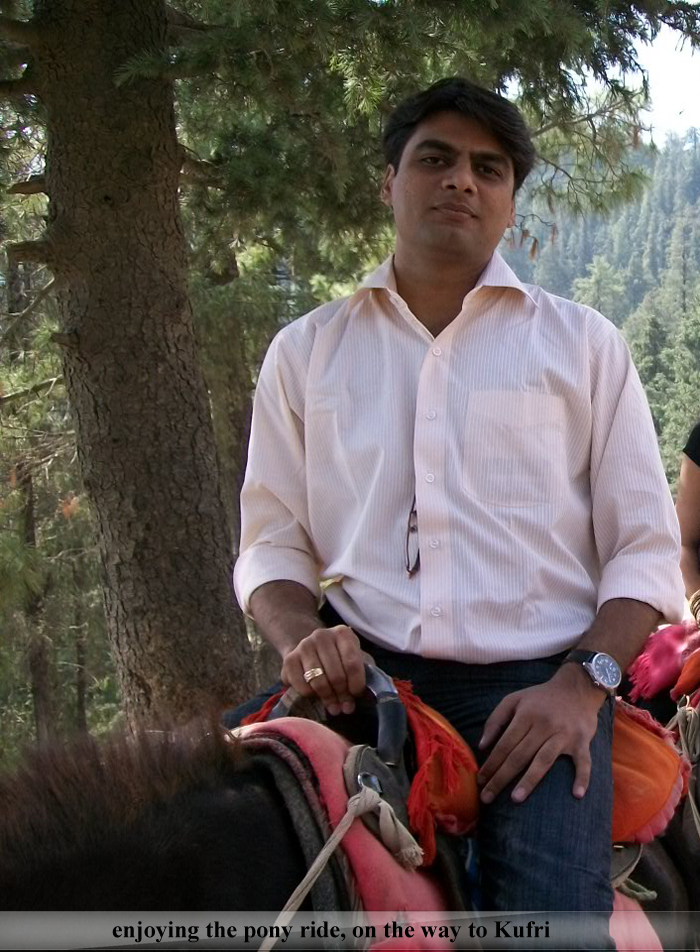 Post Kufri we moved to Shimla’s Mall road. I couldn’t take photos there as my camera got discharge. Also I couldn’t enjoy there as my wife suddenly felt sick. She kept me busy for rest of the day.

Day 3: Our next destination was Manali. We started at 8AM for there. Our Bus used to travel in days, which was safe too. As soon as we left the Shimla behind, my wife started feeling calm. Later she told me that whenever she visited Shimla, felt same, now she was afraid of Shimla, so here is another phobia we have now – Shimla phobia. Jokes apart, I was more happy now, as she was feeling well and also we were moving to Manali, where I desperately wanted to be. One the way I had some photos and by 8 PM we were checking in at Hotel Preet Manali. 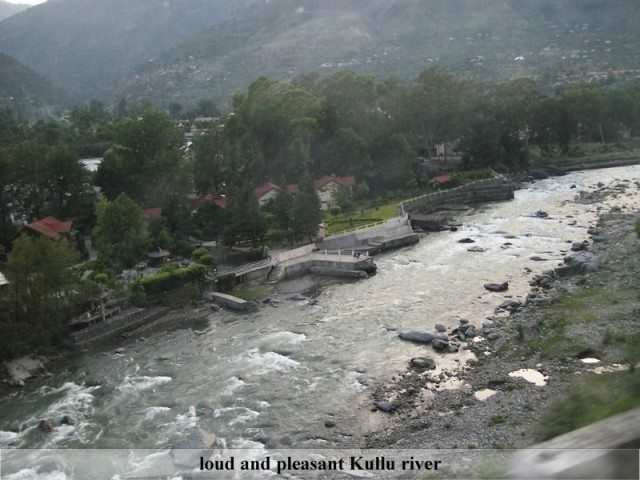 Day 4: On fourth day I had a friend there named Burhal whom I misunderstood as bura-haal. He was from Hydrabad, and first time here in North. He was there with his wife Reshma. Ab do se bhale chaar (Four better than two). Then we all planned to see Naggar Village along with Sulang Nala Valley. We hired an alto, the driver was very polite and friendly. On the way we admired the Manali’s beauty. Then I wished to do river rafting. That was a truly unforgettable experience. Now I am definitely going to repeat it at Rishikesh on my next visit. 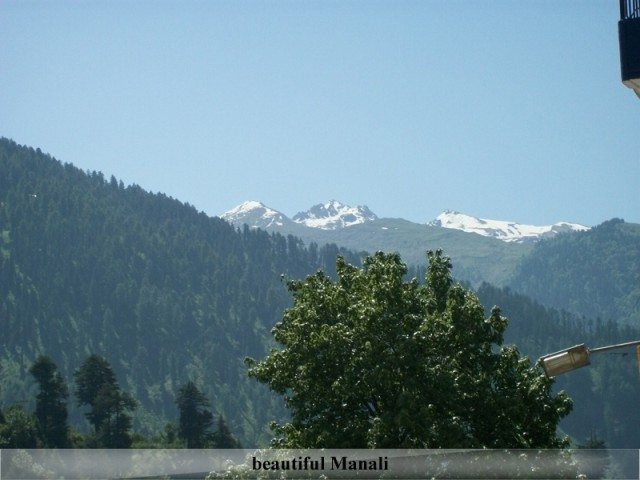 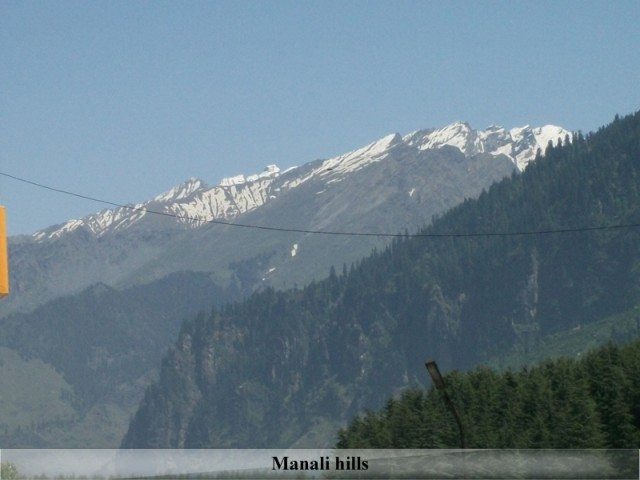 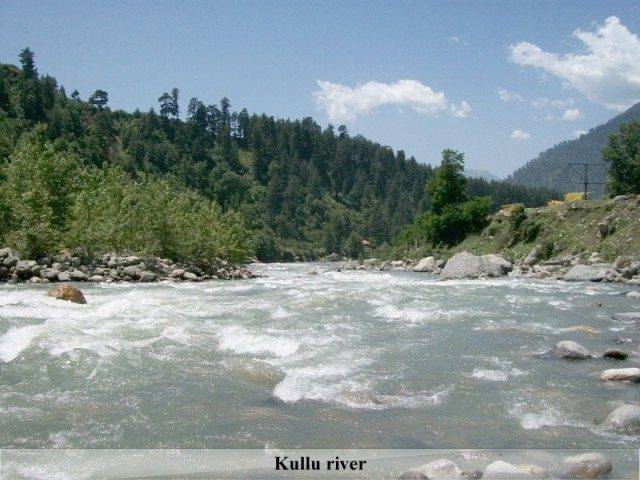 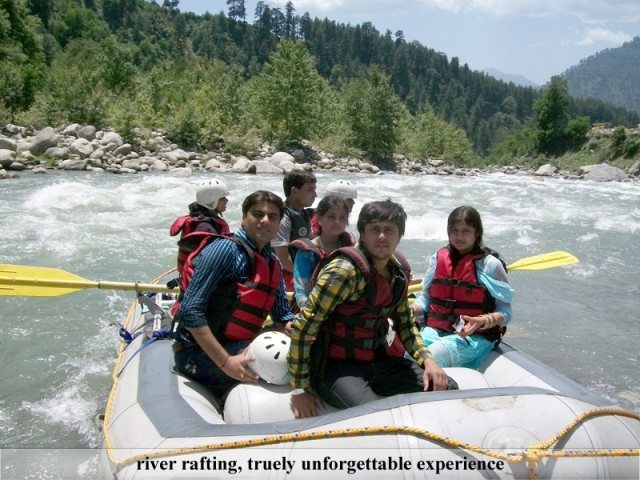 After having fun of river rafting, we moved to Naggar Village, there we visited Naggar Fort, which was beautifully almost made of wood. We had lunch there, which was the best part of our day. We ate in pattal (plate made of leaves), and there were so many varieties in food. It had Rajma-rice, sweet rice, Stuffed puriya, 2 kind of dals, 2 regional dishes whose names I don’t know. I ate more than I usually do. It cost Rs 100 per person. WOW. Then we saw the local area of the village and after that moved to Solang Nala valley. 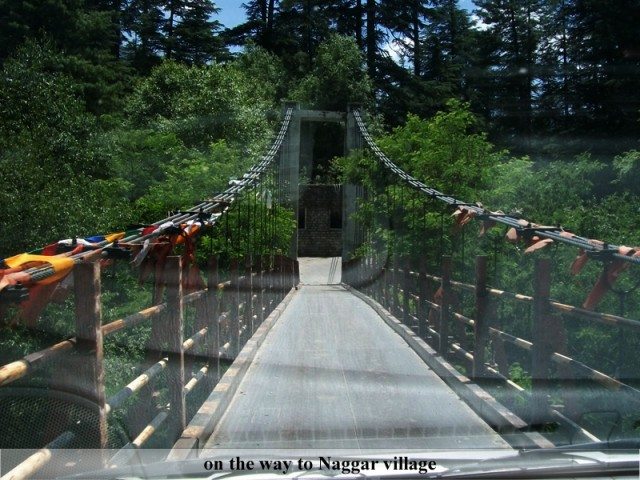 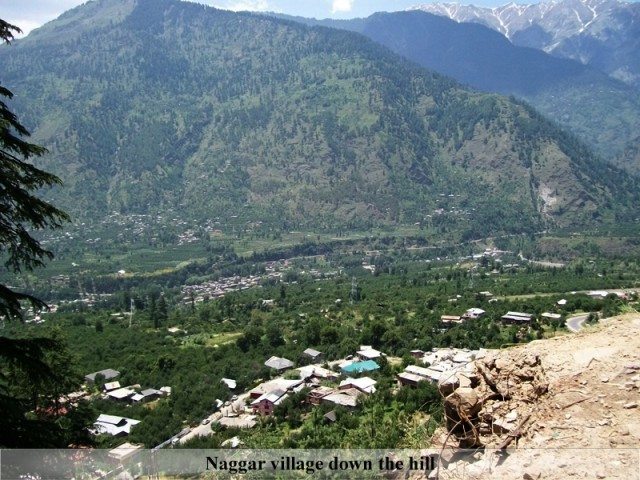 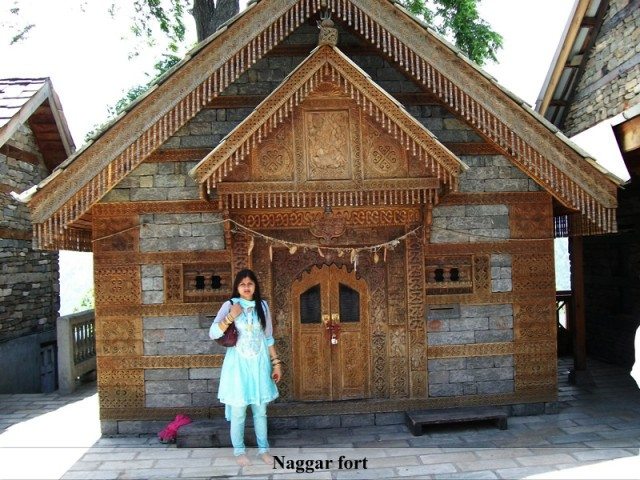 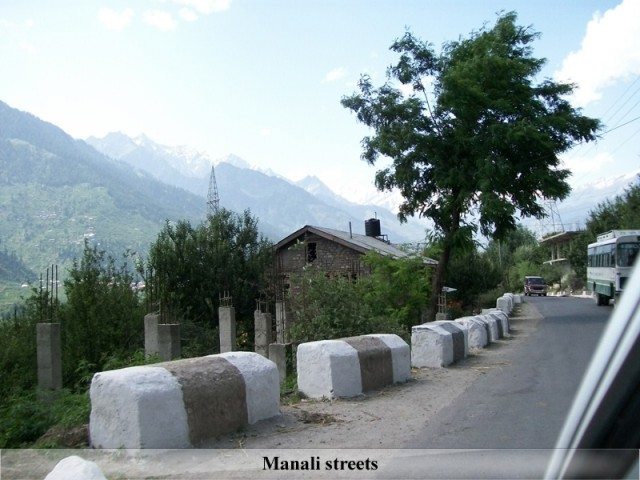 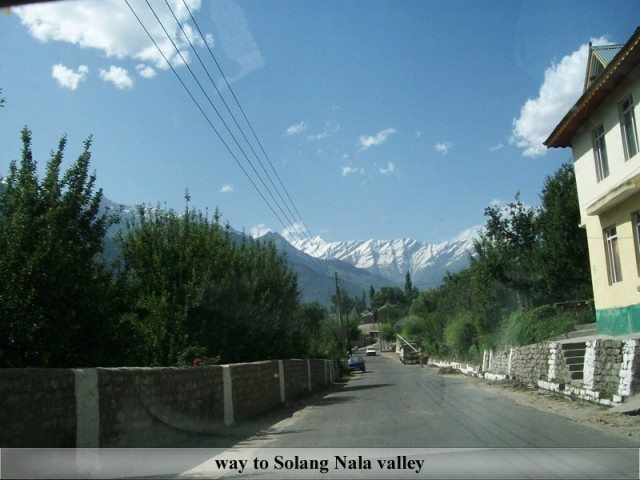 Solang Nala Valley is a beautiful valley always crowded with the adventure lovers. I did paragliding there. It was fun. I was flying and didn’t want to come down, but it took very less time in coming down. Next time I would try from the top most of the hill. 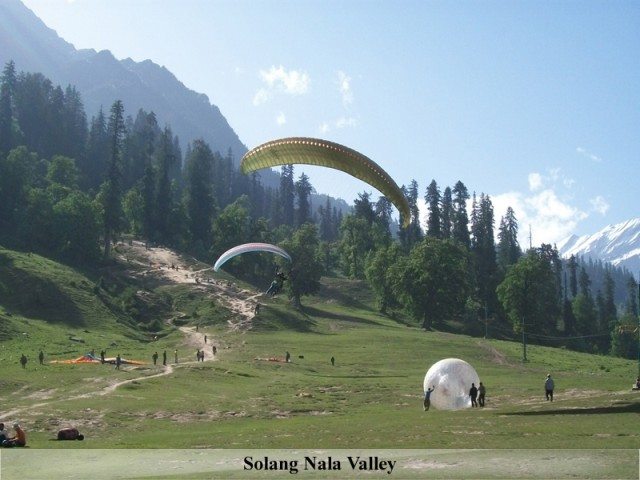 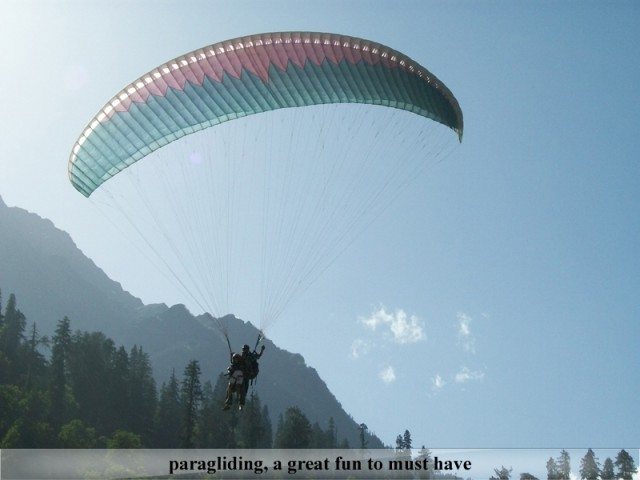 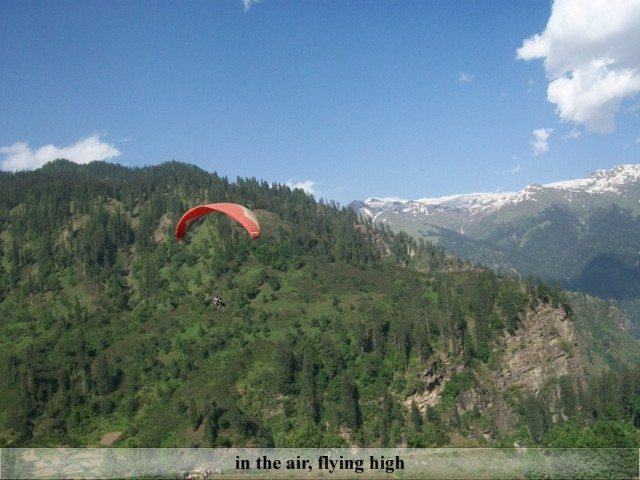 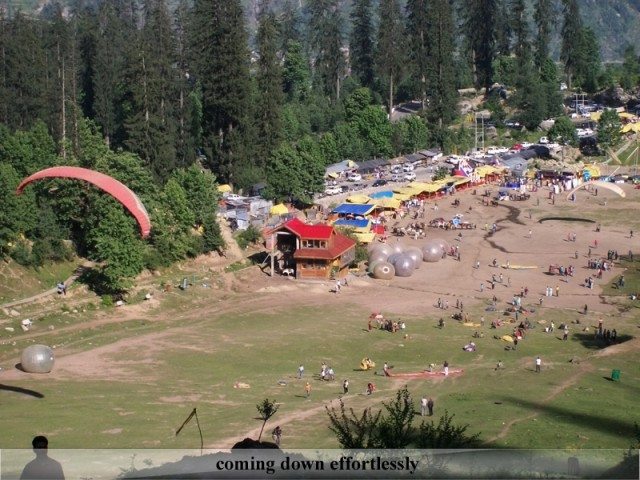 Rest are Hidimba temple, Rohtang pass and Chandigarh, which I will show in my coming travelogue. Till then Happy Ghumakkari.