My first visit to Lucknow was in 1992 when I joined Ranbaxy, since than I have been to Lucknow many times but never visited any tourist place there in these last 18 years.

In February 2011, I had to attend a conference in SGPGI. On Sunday the conference got over after Lunch. After the wind up I left for the hotel. There I dropped my conference stuff, changed clothes & left hotel to visit Bada Imambara , Chota Imambara & Residency.

Lucknow is the capital of Uttar Pradesh which is situated at the bank of river Gomti. It is known for its Tehzeeb , Nazakat & Nawabs. Lucknow has rich History. From 1775 to 1856, it was capital of Awadh. It was named after Lakshman (younger brother of Lord Rama). Earlier it was known as Lakshman Puri than Lakhan Puri & now known as Lucknow. It is famous for Mughal Cuisine, Mangoes, Rewari & Chicken work in clothes.

I started my visit with one of the Lucknow’s famous monuments Bada Immabara.It is situated at 06 kms from Lucknow Railway Station. It was built by Nawab Asafud Daula in 1784. It took almost six years to be completed.

The construction was started for a noble cause as a relief to the famine struck citizen of Awadh. The constructed part of the building was used to be destroyed in the evening & it continued till the famine was over.In return labourers received money & food for their families.

The building was constructed by an architect Kaifyatulah.

The complex has following attraction:-

Main Building – As you enter inside the building , there is a wide courtyard in the front and further inside there are three halls which are known as Chinese , Persian & Indian Hall. 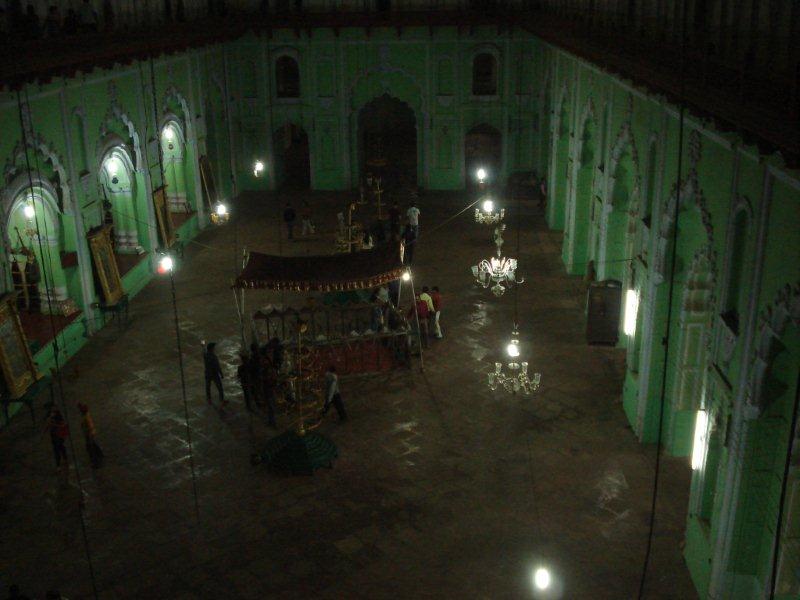 The main hall is 49.4 mtrs long & 16.2 mtrs wide with out any pillar support. It is said that this hall is the largest hall in world without external support of wood , iron or stone beam. 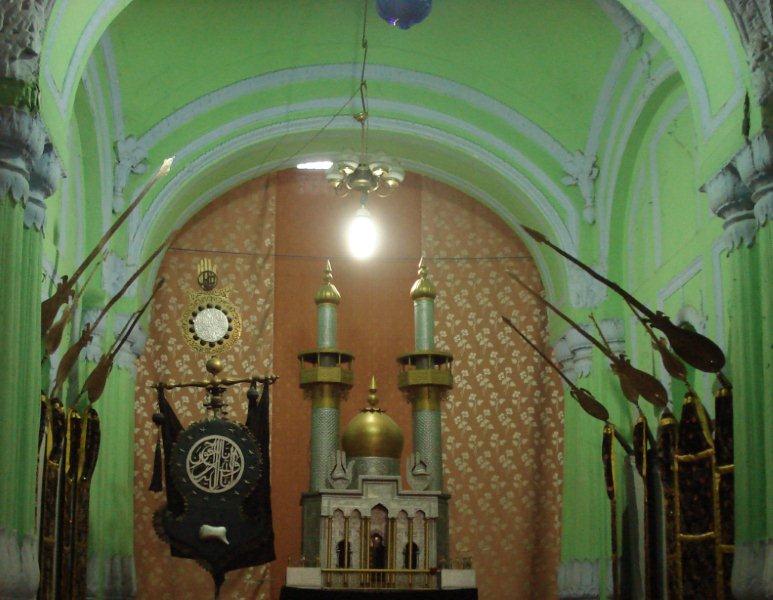 You can listen to the sound of match stick at the other end of hall without any echo. If you happen to be there, please do observe this uniqueness. 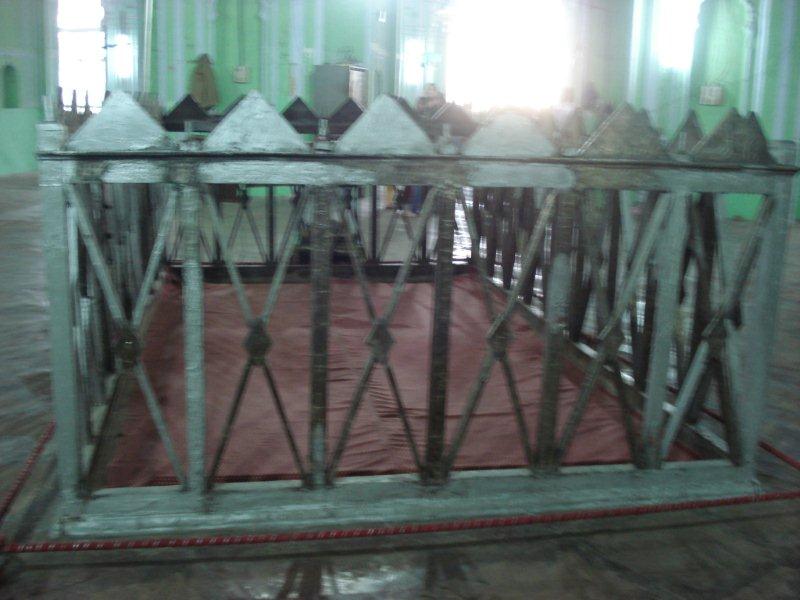 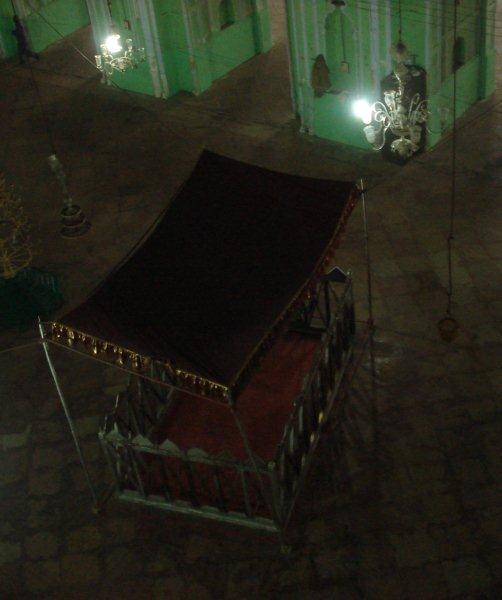 There are four hundred & nine narrow stairway passages, some of which are dead ends. At every crossing there are four ways out of which three are wrong. It is difficult to come out alone so take the help of guide. 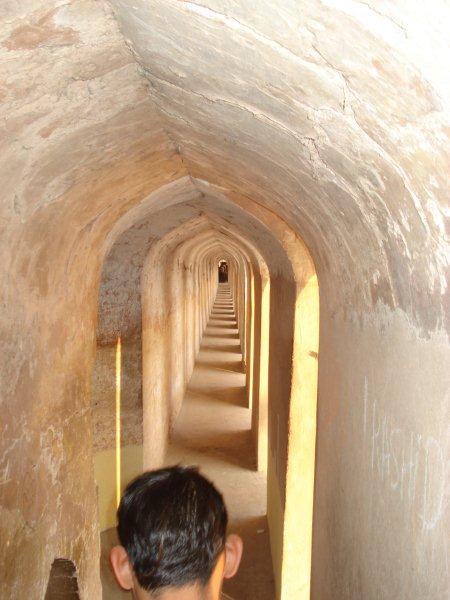 From the top floor you can enjoy the beautiful view of the city. 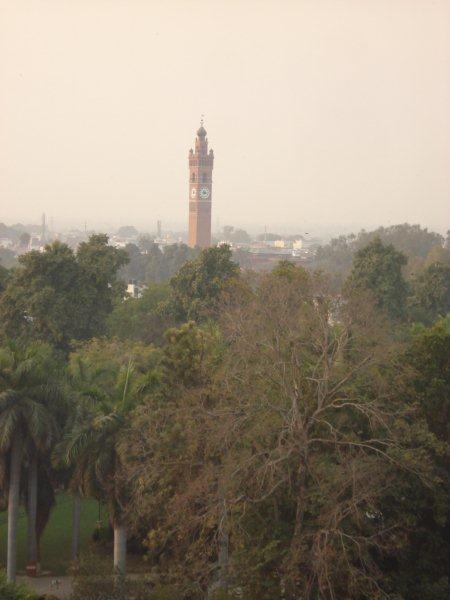 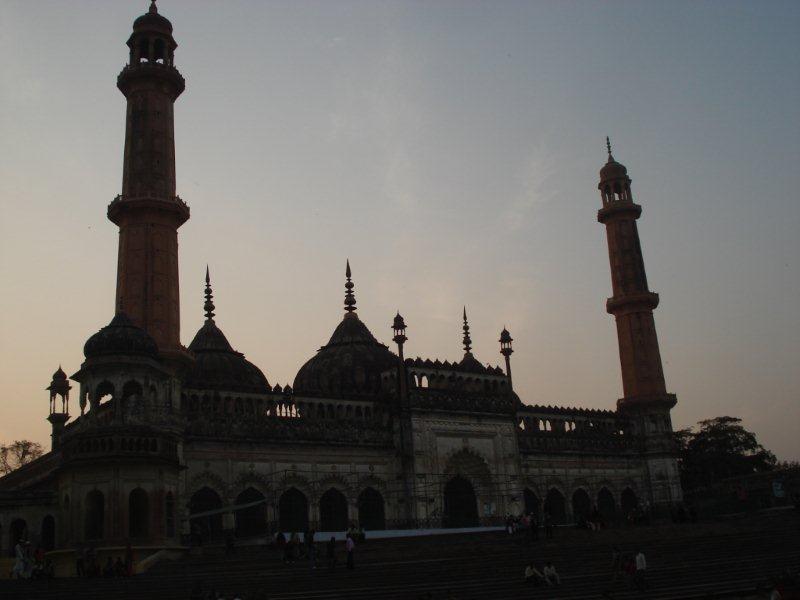 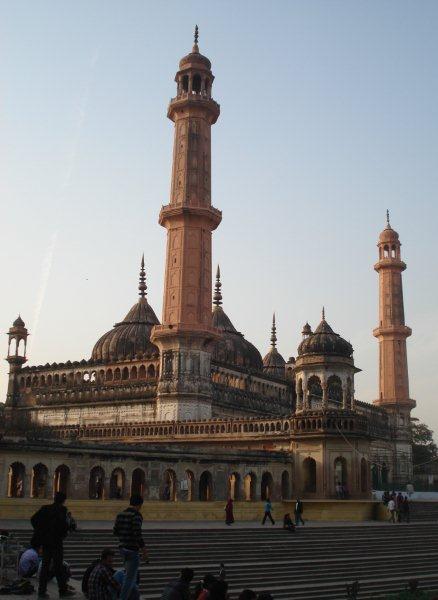 Bawali – On the eastern side you can see a amazing five stories Shahi Bawali (Step Well) which is connected to river Gomti. The first two stories are above water & rest is below water. As per Guide if you look from the eastern side of well, you can see the image of person approaching the well in water but that person can not see you. This was a great architectural art from the security point of view.

After visting Bada Imambara I came out from the building & took an auto to visit Chota Imambara which is situated about 01 km. from Bara Imambara. It was built by Nawab Mohammad Ali Shah in 1837. Attractive Chandeliers were brought from Belgium. It is also known as palace of light.

The central hall of Chota Imambara lies in the graves of Nawab Mohammad Ali Shah & his mother Malika Aliya.

You can see the replica of Taj Mahal in the campus of Chota Imambara.

On the left side of Chota Imambara is Shahi Hamam (Bathroom) where there is a provision of hot and cold water at the same place. 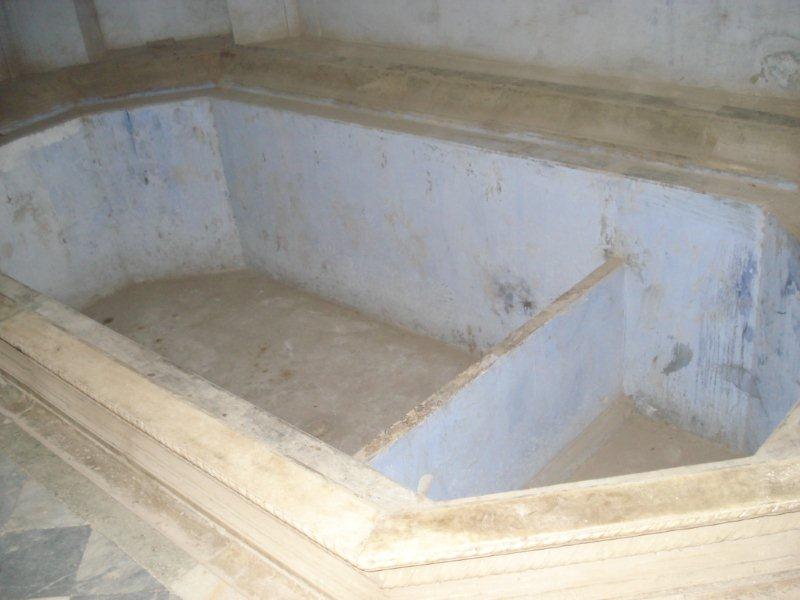 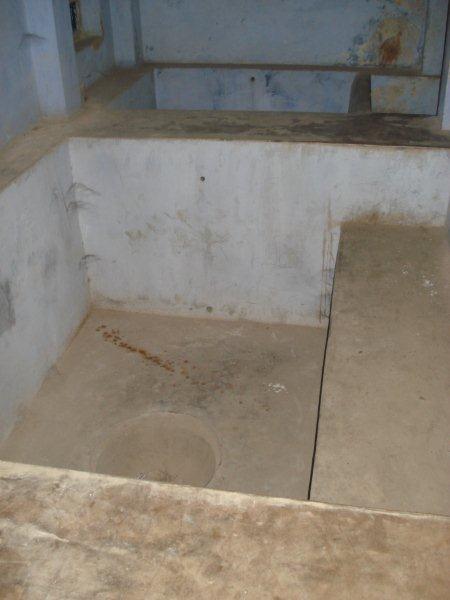 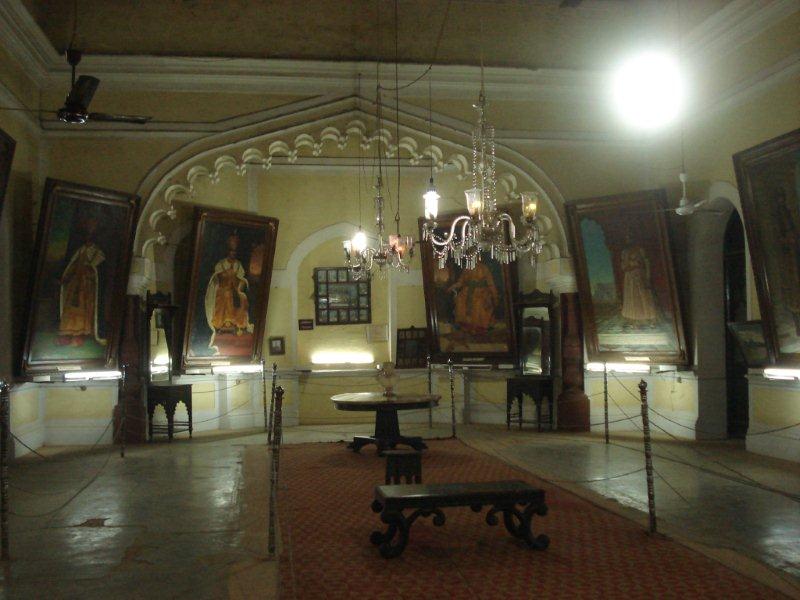 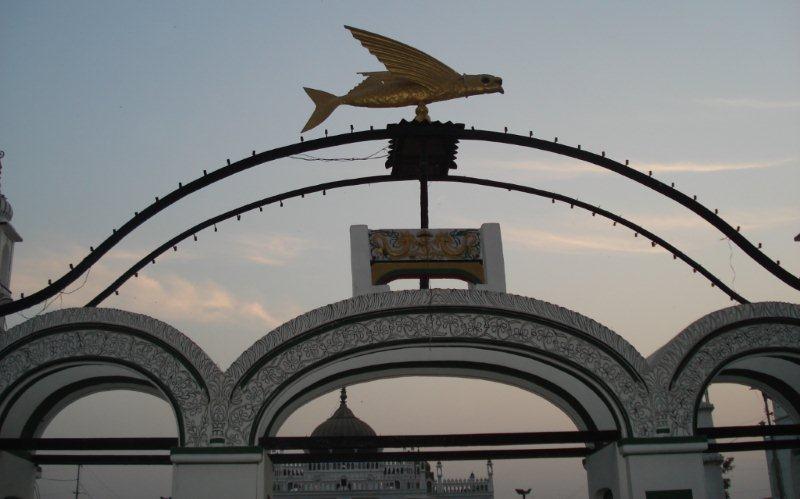 After visiting these places, I explored Residency which I will cover in my next post.