During my short visit to San Jose, California this year, San Francisco’s charm lured me not once but twice. On my first visit, I visited Pier 39 with Nandan, Arun, Charu, Siddharth and Gautam. With a temperature of 8 Degrees C, the weather was warm (by standards :-) ) and a wild sea breeze was blowing. The environment was magical and dreamy.

Let me start with a brief mention about the Sea Lion population at Pier 39. The first of the Sea Lions arrived at the dock in 1989. Before this they lived at the Seal Rock, which is much more isolated from human presence. After the arrival of the first sea lion, the entire population of the animals started migrating to Pier 39 Docks. In November 2009, there were about 1500 animals on Pier 39. There were incidents where the boats men complained about having to watch out for and dodge the animals who can weigh up to half a ton. The boats men were advised to vacate the docks for the animals and relocate else where. Amazing, isn’t it? And I am all for it too. It is an honour that these animals feel safer in human presence than the isolated seal rocks. And, yes, people do treat them with a lot of respect, from a distance :-). 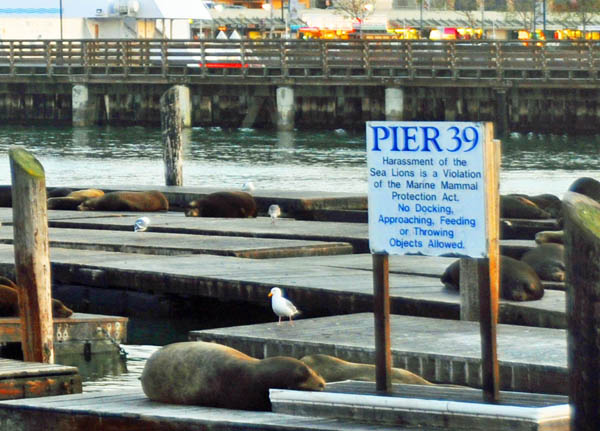 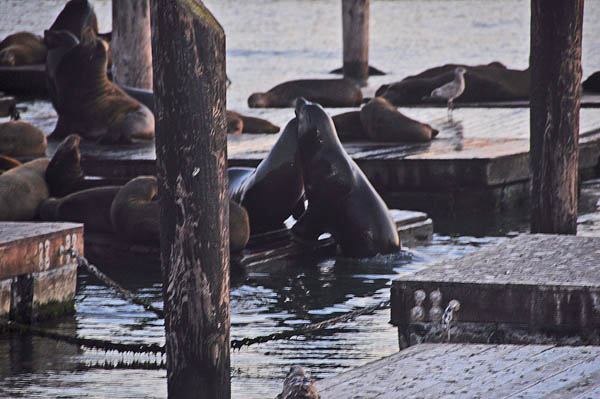 There is an amazing array of shops, restaurants, cafes, and amusement options on both the sides of the walk on Pier 39. There is a Hard Rock Cafe right at the entrance and there is an aquarium where you can watch sharks, octopus, Jelly Fish etc up close. If you want to shop, the place offers a good variety but it is much more expensive than the regular Target stores though the stuff is almost the same. You can, however, purchase some momentos such as keychains, Fridge Magnets, Caps, etc. I got a sea lion stuffed toy and a crab stuffed toy for my nephew which I am sure I wouldn’t find easily in Target stores or any other malls. 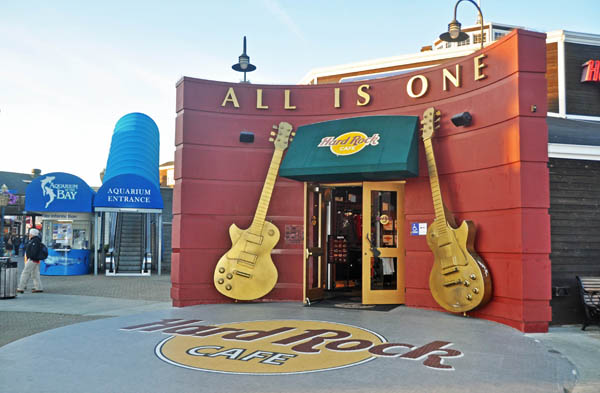 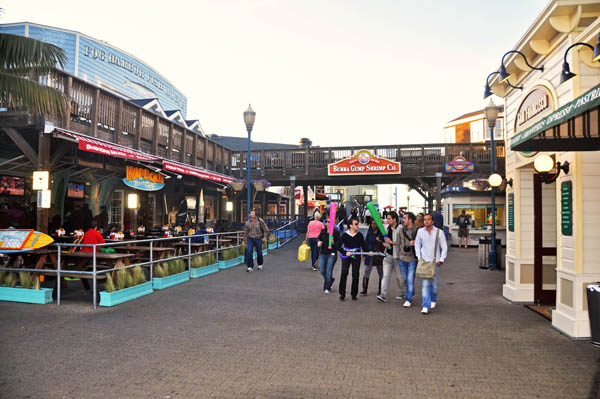 Moving towards the docks, we came across a performing artist right in the center of the walk. He was funny and cute and was playing some dangerous tricks on an innocent bystander he had invited on the stage. He closed his show with the following lines: “All of you who have some dollars to spare, please drop them in this hat. All of you who don’t have, no issues.” and then added under his breath “just tell me what you were doing hanging around here”. And he said this with such a winning smile that even the most touchy spectators could not have taken an offence. A smile can help you get away with so much! 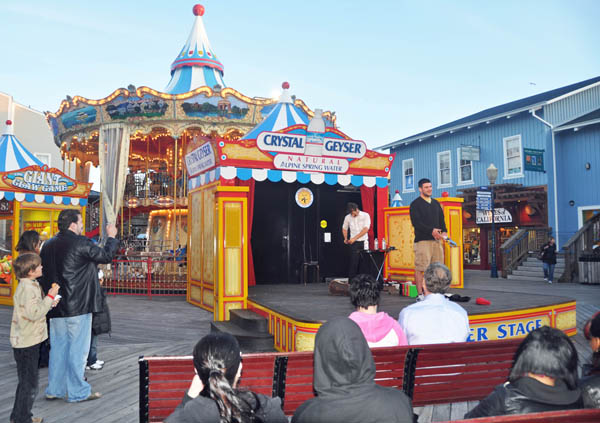 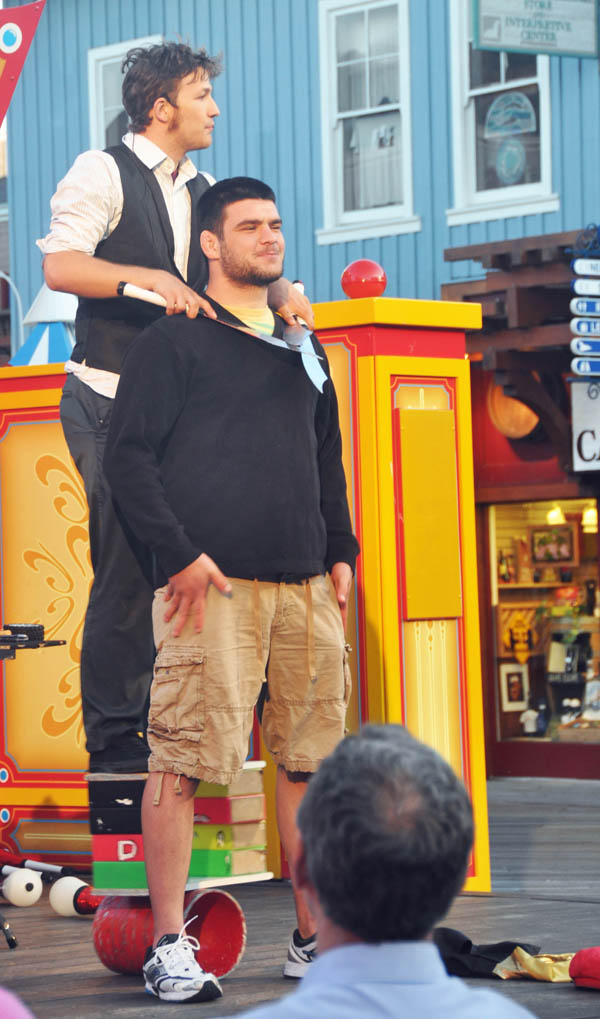 Anyways, after watching the show, we moved on towards the dock and were greeted by a brilliant sunset with the bay bridge and alcatraz in the background. I could have spent hours there but unfortunately, it was getting cold and late. So we had to move back. But that is one place I can never forget. And, if possible, I would like to go there and just hang around for the entire day just watching people and Sea Lions.

The next time I visited San Francisco, it was with a colleague and will be a separate post. Till then…

During the Diwali holidays of 2010, me and my wife planned on a trip to Mangalore and surrounding places in South Karnataka. We boarded…