As usual I had the job to wake up people, as we didn’t want to loose the day and visit as many places as possible in Udaipur. We had a plan in place, and I also spoke to Vishal Burman on how we can plan our day.

There were a lot of suggestions but we froze on the following plan:

Leave Hotel at 10:30 – Get re-fuelling done, go to Wildlife Sanctuary and Sajjangarh Palace, leave and have some rajasthani Lunch, get the Bikes checked up and washed once, then go to Udaipur City Palace, then to Fatehsagar Lake and the Ropeway….. ufff … it would be long day … but we just had a day !!!

So I started pushing everyone to leave, the good thing was that we didn’t have to gear up fully as we do on riding days … so we can get ready little faster and leave by 10:30.

I can not explain and take you through the entire day but enjoy the picture-log for this day: 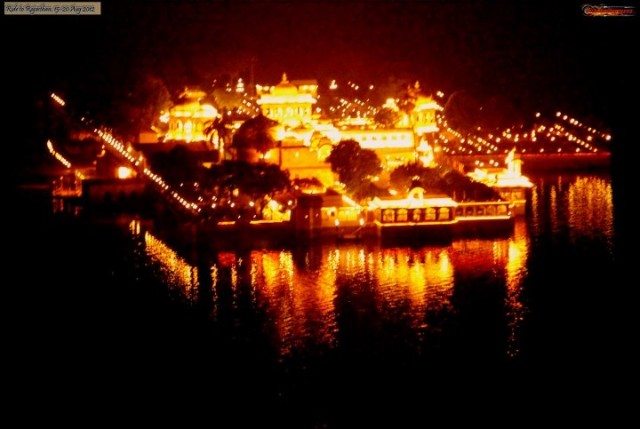 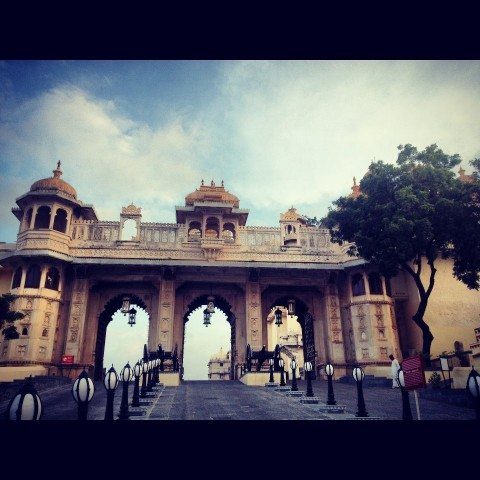 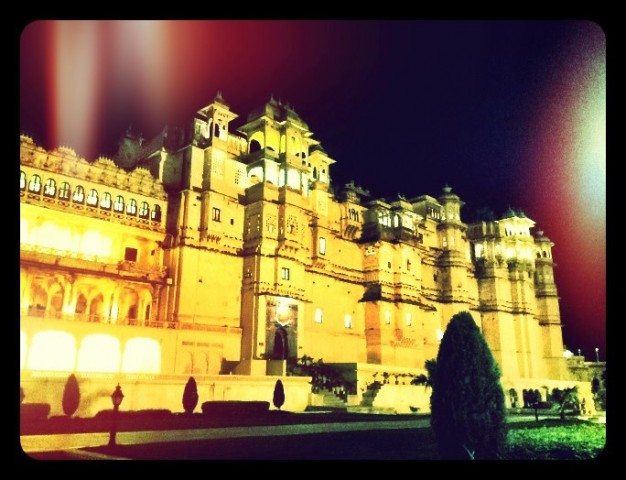 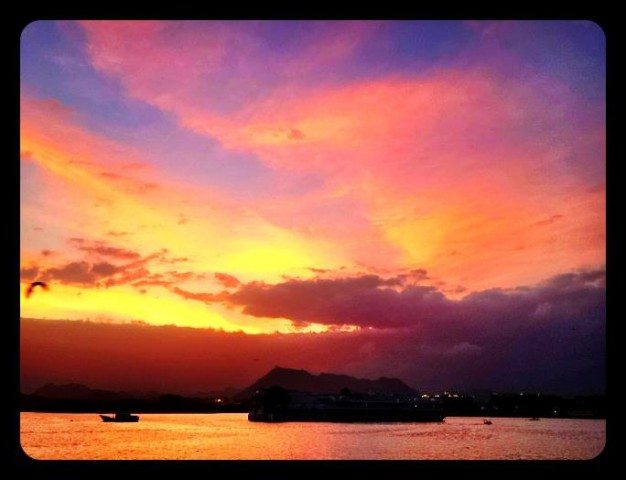 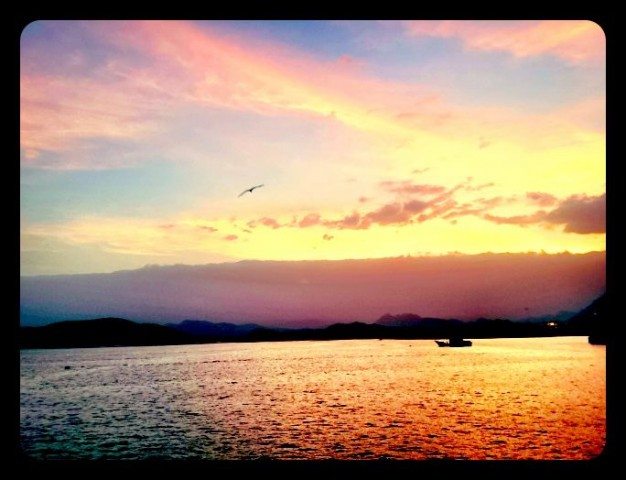 Finally we were in rajasthan 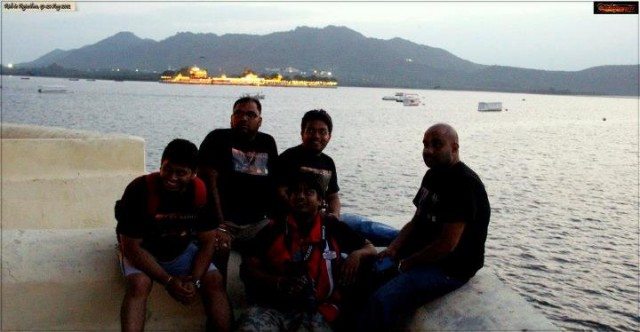 Lights Coming on in palace 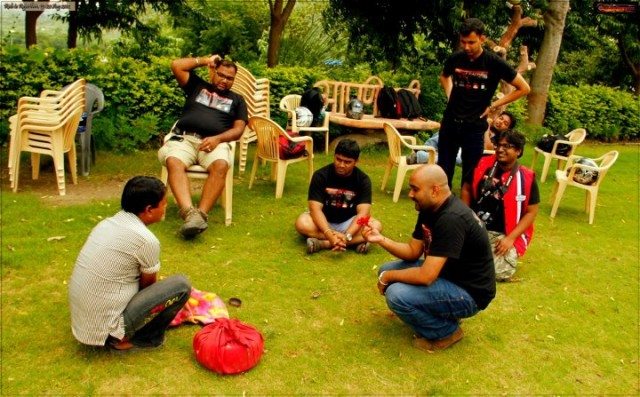 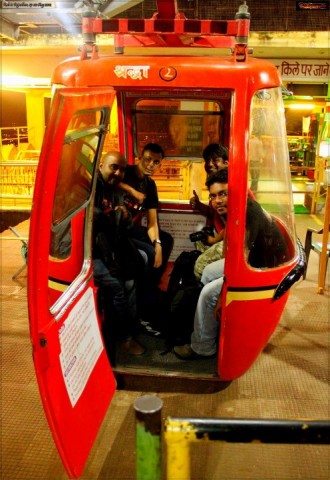 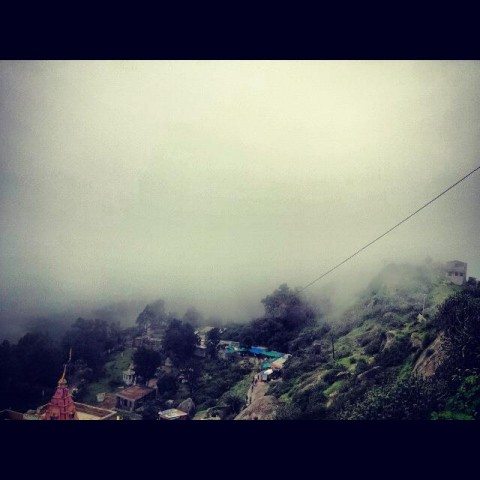 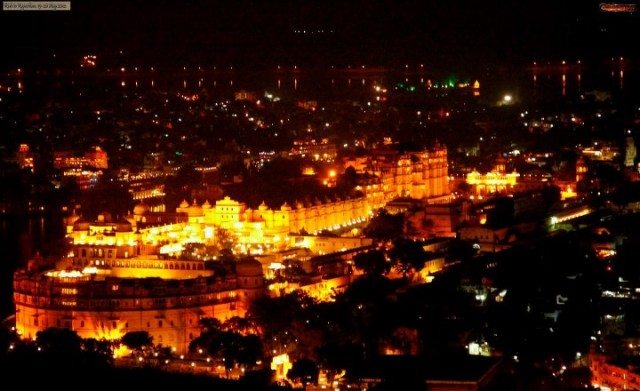 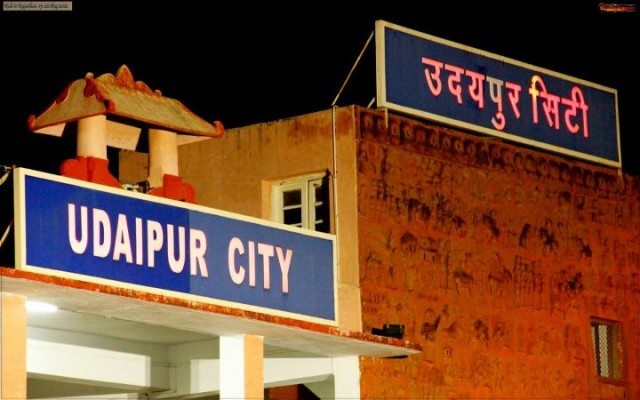 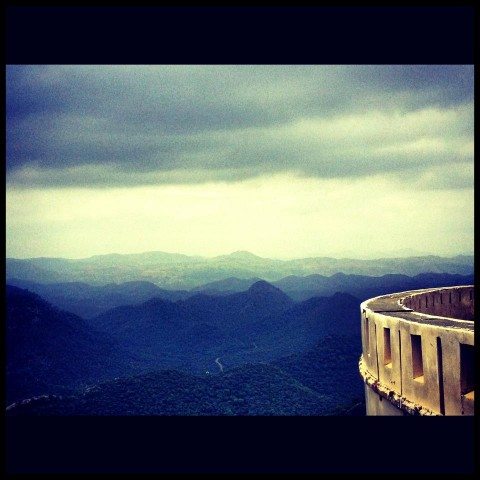 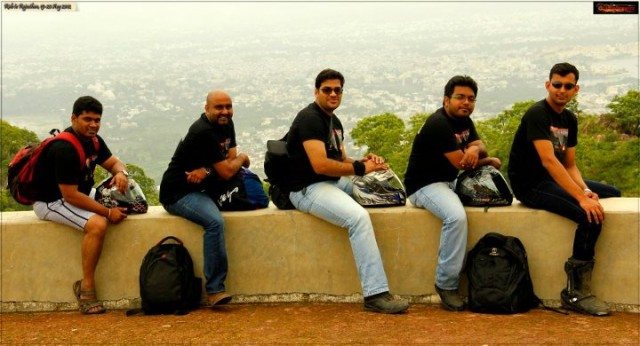 18th August 2012 – 07:00 am – Hotel Broadway, Udaipur- off to Mount Abu
After a long day yesterday, where we were mesmerized by the beauty of Udaipur, the palaces, the lakes, we were all set to continue to our Final destination – Mount Abu.

18th August 2012 – 08:00 am – Started for Mount Abu(1130 kms)
We wanted to reach mount abu before noon, as we just had one day in mount abu for all the sight seeing, and the next day we had to set course to our way back, and it was again a difficult 450-550 kms of riding 2 days at a stretch to reach Pune on 20th evening. By God’s grace nothing had gone wrong till now, the most difficult part of long rides is when the man or machine goes bad. In our case No Man or Machine had given any trouble till now. But …. Yeah again the but … things don’t go the way they are planned ….

We set course towards our destination, we had to ride to National highway 27 and at Pindwara take the left and then the road to Mount abu.

Now last day, as I mentioned, we had gone for a quick bike checkup’s at our respective brand showrooms, Ayush and I went to Royal Enfield and the 3 pulsars to Bajaj Showroom.

We had asked them to do a general checkup and not change any settings, viz. tuning, brake and clutch setting, chain etc.

But … yes the but … the workshop guys got sooo excited seeing us riding all the way from Pune and going to Mount Abu, that they did all their engineering on our machines. We could not get any hint yesterday as we were riding in the city and at low speed.

20 kms on the highway … we were again mesmerized with the beauty … the roads were amazing 4-6 lane highway as we had got most of our way from Pune !!! and we started speeding up !!!

To our surprises, our machines would not reach even 80 kmph ….

The First Goof-up
We stopped on the highway, and all of us looked at each other with pale faces … “My bike is not reaching 80 at full throttle … said Ayush. I seconded him and said…I am also not able to go above 80 with full throttle … we turned to the pulsars and they had the same problem …. Ohhhhhhhhhhhhhh !!!

We realized that the workshops we had visited have shown all their Engineering on our bikes and probably changed the tuning of the bikes.

Now what to do at 8:30 am on the highway !!! Our savior was Ayush … the man and the machine aka Sabu !!! we parked the bikes on the highway and took out the toolkits … and we started to check the idling and the tuning … for the people who understand the bike basics … the tuning which normally should be 3-4 rounds in Royal Enfield and 5-7 rounds in Pulsar was way off the mark … and the idling was also changed. That’s why the Petrol oil ratio going into the engine was not good and hence the bikes not picking speed and acceleration was very poor.

Ayush Changed the tuning the idling for all the bikes except rohan’s CBR, as he did not give for a check-up, since there was no workshop for Honda handling CBR. He was the luckiest I think, as our bikes have been tampered properly.

After about 30 mins of setting changes, we started again to check if we are able to get the acceleration and speed.
Wah … the bikes were now able to reach a 90-100 km/hr at full throttle… so we stopped again and another round of expertise was shown by Ayush on all the machines. And now we tested again.

In the process we had lost almost 45 mins … and we decided to enjoy the roads again and move as fast as possible, since we would be left with very less time to explore Mount Abu….!!!

We were cruising at good speed and had to take a right from the highway for Mount Abu … But…yeah yeah … what had happened that in the process of our bike disaster and fixing it, we asked Rohan to move ahead and we would catch up with him….but I guess the excellent 6 lane highway, the scenery and the CBR speed took better of him and he missed the turn !!! as we didn’t find him there… we all thought that it is futile to wait for him as there is another turn some 30 kms ahead which he may take and meet us at the intersection where our road will meet the other road…. But this was all hope …. !!!

We took the turn and moved about 6 kms where we came to the intersection where we should be meeting Rohan … and we stopped for a cold drink break … and tried calling up Rohan, and he didn’t pick the call, so we dropped an sms to him to come on the Abu road and we would be waiting for him just before the climbing the ghat.

In the meanwhile we explored the area which has been developed into a common stopping place for all vehicles, so that intersection had a lot of small shops and restaurants serving refreshments, snacks and food. We saw a shop selling Nimbu paani/Shikanji … wow … after 2 hours of riding and fixing the bikes that would be a great refresher … as living upto the reputation we all had 2 glasses each of the refreshing drink. Vikas in the meanwhile bought some bananas, which were energy food for the moment, as it was around 11:00 am … the normal coffee break at Offices.

During our brief stop we saw Rohan approaching us … and we took a sigh of relief, or we would have got stuck waiting for him and finding him, Luckily he had checked the sms and carried on.

After a glass of Nimbu Paani for Rohan, we moved on to climb the ghats, which was barely 25-30 kms … people normally take 45-60 mins to climb it as the roads are narrow and with lots of twists and turns … but after riding around ghats of Pune we are all pro on ghats…30 mins…we were at the toll.. entering Mount Abu. There is an entry toll that has to be paid when you enter Mount Abu, being a Holiday, there was enormous rush, but we managed to take our bikes ahead and were 2nd in the que, Ayush Paid the toll and in the meanwhile I called up the “Rising Sun retreat” the resort where we were staying.

My Sales Skills had worked here as well, and we had got the stay at this resort discounted for us for 1 day. I learnt that the resort is very near to the toll, and as I said before, after 1100 kms of riding, across 3 states, it was not difficult to follow directions.

I am 35, Husband of 1, father of 1 son ... I work for Infosys and am an Avid Traveller. I love travelling on my Royal Enfield Thunderbird ... I visit new places, far off destinations and love the roads and food.

This time around, I did not have to go far from Pune to make a trip down the history lane. Within a distance of…