Nainital in the Kumaon Himalayas evokes immense interest in us. Rightly so as the place boasts of a town built around a beautiful lake in the lap of the mighty mountain ranges. Come the harsh summer months we yearn for the cool climes of such places. However, often times we are content with such obvious choices and fail to notice what lies beyond.

You won’t fail to notice the difference once you cross the snow-view point; traffic and human beings replaced by nature in its pure form. Mountainsides adorned by multi-hued foliage – a lot denser than Nainital – brooks, birds and small animals. The road is narrow but it takes you down the Kilbury bird sanctuary where you may spot more than 250 species. The place is rich in flora as well – Oak, pine, cedar and a host of other smaller ones. Rhododendron was in full bloom which gives an exotic look to the hills. Take a walk early in the morning in the bird sanctuary, spend a few moments in silence, nature will start talking to you. However, the overnight rains brought down the temperature to freezing levels even in mid-April.

I was looking forward to the mountain trails going out of Pangot. Hiking helps you become part of nature at an unhurried pace and away from human interference. If your idea of vacation is shopping and roaming the streets teeming with people why not do the same back in the big city? We have nice parks there where we do our daily walks – with no dearth of people, again – so why go to a crowded place over and over again albeit a hill station?

The hotelier was charged up when I told him about our plan to hike. Fascinating trail but hardly anyone takes that route, he informed us and gave us all we needed to know. We were determined and so a few enthusiasts amongst us set out in the morning on the 4-hour trek. It appeared to be a daunting task when we looked up from the foot of the mountain as it stood tall and mighty. We had to cross a couple of them in order to reach the destination – the Naini Peak. 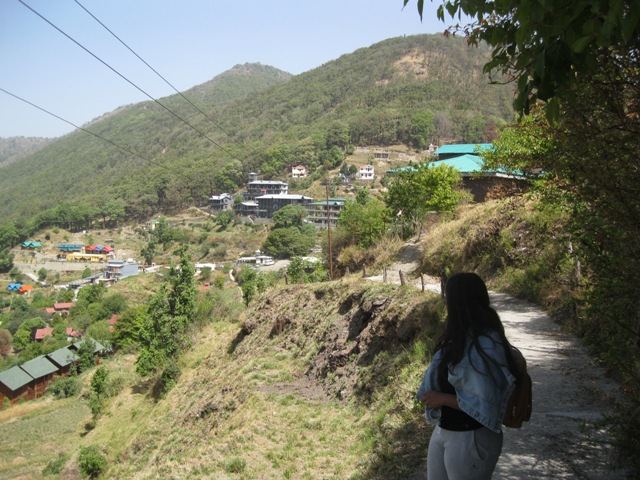 Pangot and the mountain trail

The 7 km hiking was exciting, to say the least. The clear trail devoid of any human presence was intimidating as well. We felt the going easy at times but many times the climb was so steep we had to stop every few minutes to catch our breath. We had to scramble – crawl on all fours – at one point to negotiate a bend. At certain points along the way we had majestic views of the valley and beyond. At other places, the cluster of tall cedar trees held us up and forced us to admire its girth. The cool breeze bringing in all freshness circled around us rejuvenating us to the core – felt like heaven compared to the toxic fumes the city has to offer. Beautiful birds enthralled us with their mellifluous sounds. Butterflies fluttered around whilst the baboons showed off their high-speed tree-hopping techniques. 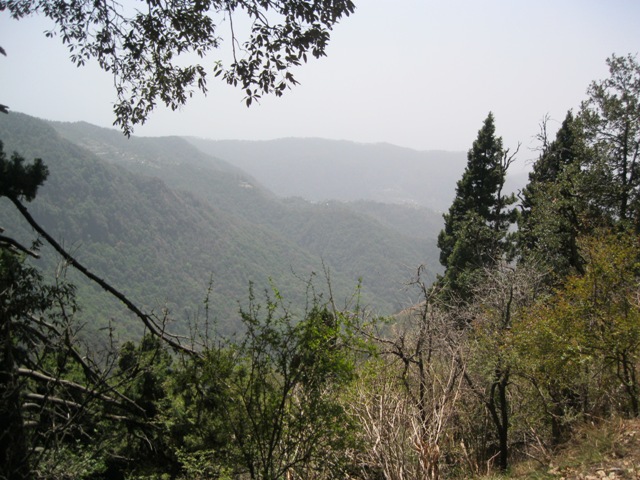 The view from a vantage point

We reached our destination in just over 4 hours. Hikers were tired but still in high spirits. The sense of achievement was tremendous. A few more steps and the town of Nainital came into full view with the lake in the shape of a mango. The boats drifting in the lake appeared as tiny dots. The 360 deg view was breathtaking. We spent long moments drinking in the panoramic view. However, the distant peaks eluded us due to clouds on the horizon. 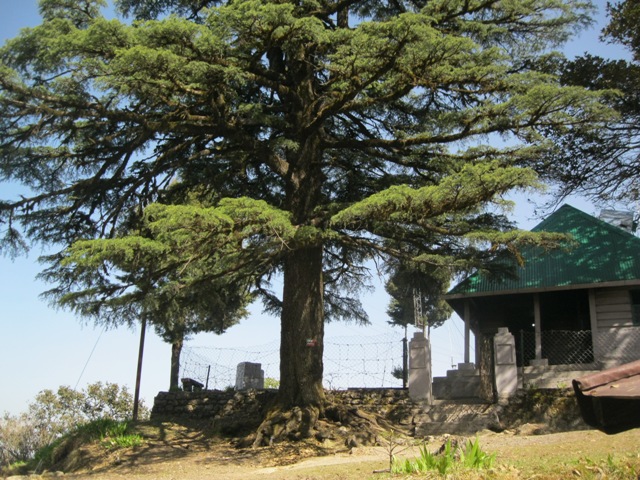 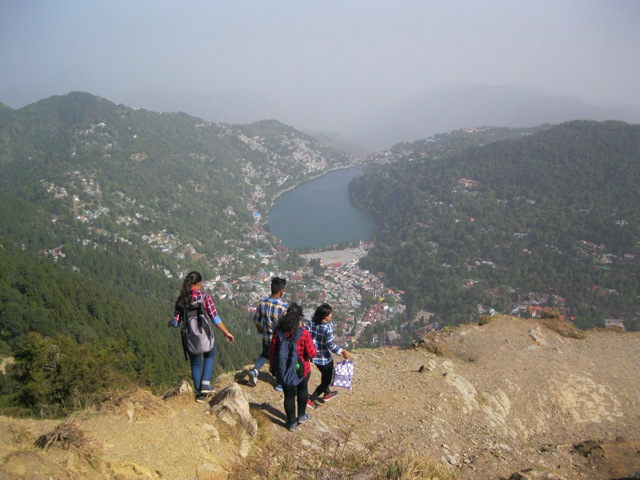 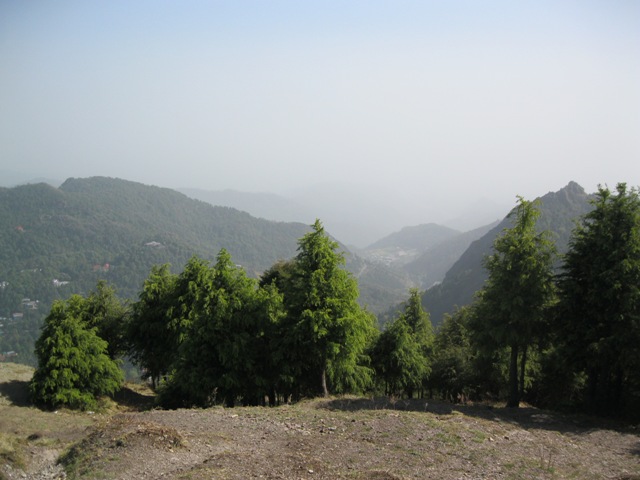 Another view from Naini Peak

We returned to Pangot by a shorter route via Tanke Band (the less enthusiastic folks preferred this route to and fro, for instant moksha). The downhill trek was over in half-an-hour. The tea shop right at the termination point of the trail served hot tea and a place to relax after the rather fast descend. The longer return route is via Kilbury Forest rest house. Night safari presents another aspect of wildlife; you can meet a leopard if you are lucky enough. We didn’t find one, though. We returned home via Corbett Park. On the way paid a visit to the museum of the hunter-turned-conservationist and had a first-hand experience of the life and times of Jim.

Pangot – Beyond the Ordinary was last modified: May 14th, 2018 by Patrick Jones

We had friends visiting us in Mumbai and it was an opportunity to explore places nearby. Mahabaleshwar was decided on and we headed for…