Living on Bath Road in London I somehow imagined that the road would lead me to the city of Bath. I imagined that it’s a suburb of London and that I can reach there on foot on one of my weekend long walks.

To my dismay it turned out that they have only a homophonic relationship – as a bite to a byte. The city is at a distance of 170 km west of London so made plans for a day trip one early spring. 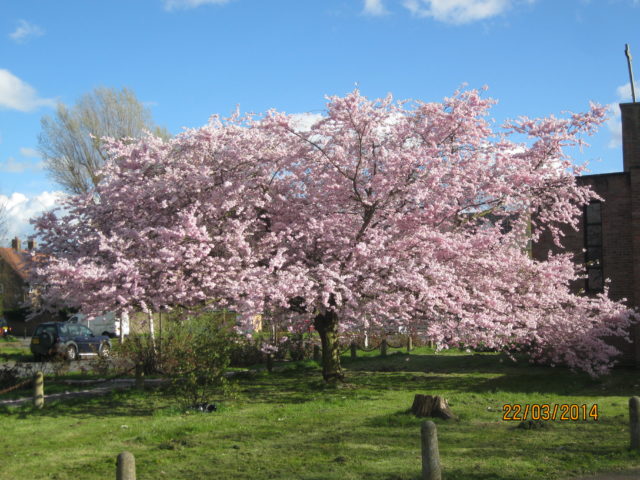 Planning is the trickiest part of leisure travel in UK; nature can thwart all your well-laid plans in one stroke – with torrential rains as Archana found out at https://www.ghumakkar.com/idea-getting-soaked-roman-bath/. Your travel ticket comes a lot cheap if booked in advance – earlier the better – but weather predictions could go haywire on the day of travel. My Dover visit was a rain-soaked affair but was spared the ordeal for Bath. 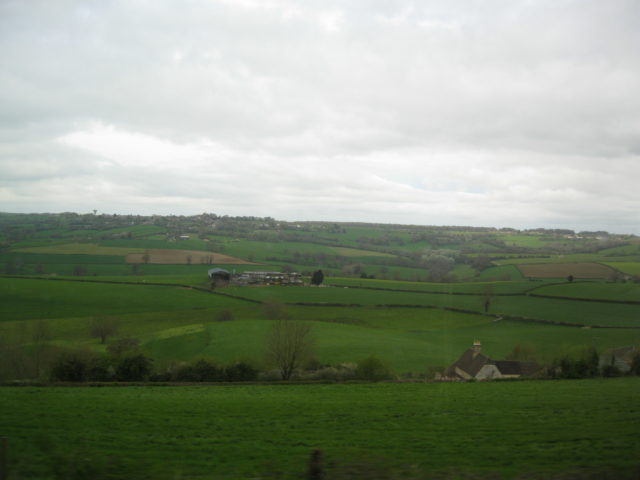 The bus-ride through southern England showcased the beautiful countryside; it pleases your eyes and soothes your soul with its soft contours of green hills and meadows. No rough edges or jagged ends to jab your field of vision. Occasionally you’ll find a cluster of trees as if to relieve the monotony. Looking out of the window one fails to notice that you didn’t blink for a long time.

We reached Bath in just over 3 hours. Made of locally available honey-colored stone this city is known for its architecture and hot springs. Close to the bus station I had a glimpse of the famous bridge so retraced my steps to it.

Pulteney bridge and the weir

Built in 1774 across river Avon this bridge is lined with shops on both sides of the street and said to be best of the few remaining such bridges around the world. Supported by 3 arches there’s a weir close to it which makes good viewing. 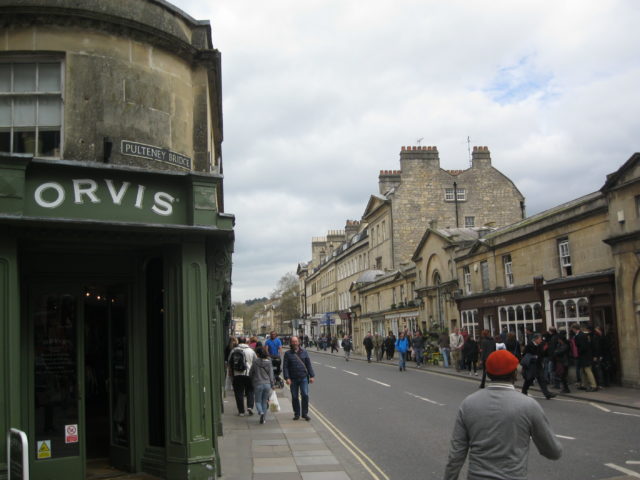 Pulteney Street – the street on bridge

The town centre was flowing with tourists, street performers and shoppers whereas the locals were enjoying the sunny weather at cafes and pubs. Reflecting in the tiny bubbles, perhaps it adds to the intoxication levels when you watch a thousand suns in myriad hues right inside your glass. The man with pigeons will let them perch on you for a fee. 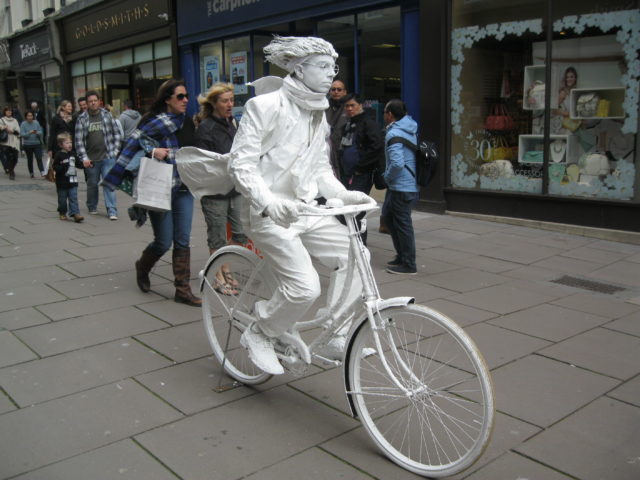 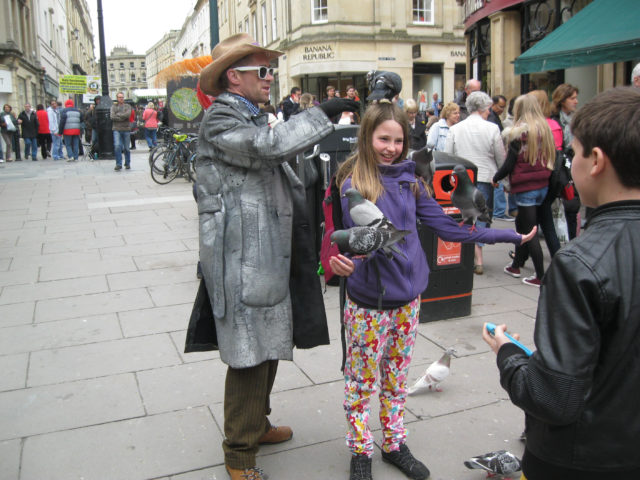 Legend is that Bath was founded in 860 BC when Prince Bladud, father of King Lear, caught leprosy. He was banned from the court and was forced to look after pigs. The pigs also had a skin disease but after they wallowed in hot mud they were cured. Prince Bladud followed their example and was also cured. Later he became king and founded the city of Bath. You’ll find a few pigs here – not live, though.

Prince and the pig

Legend or not, the Romans ruled Britannia around a couple of millennia back. They found the hot springs and built up a temple and a place for epicurean indulgence hence the name Bath. Coming out of lime stones down below the thermal water contain over 42 minerals with sulphate as the principal constituent. 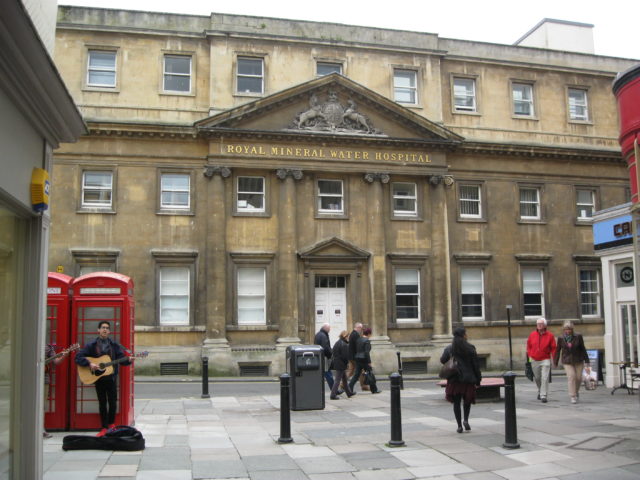 Interesting name for a hospital

This hospital was opened in 1742 to ‘provide access to treatment in the thermal waters of Bath for the sick and poor from Britain and Ireland’. However, residents of Bath were not allowed treatment as they had right access to the water outside the hospital! This rule was in effect for about a century.

The Abbey church close by was not as big as Westminster or Canterbury nevertheless this Gothic style place of worship is no less elegant with its stained glass windows and glorious interiors. The choir was practicing an anthem accompanied by the strains of a pipe organ. I took the pews for a long time mesmerised by the captivating sights and melodious sounds. 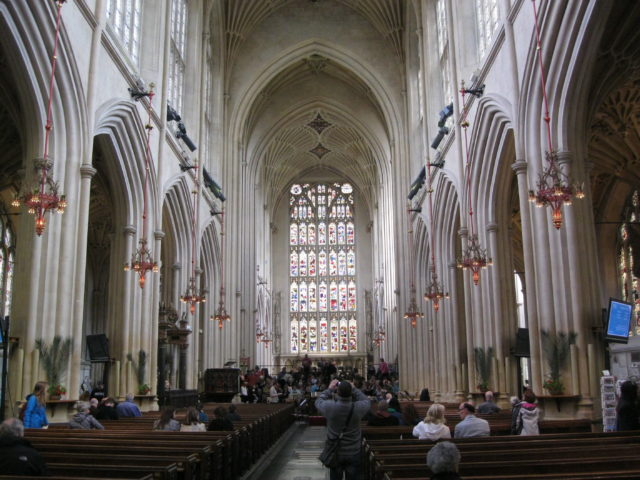 Nave of the Abbey 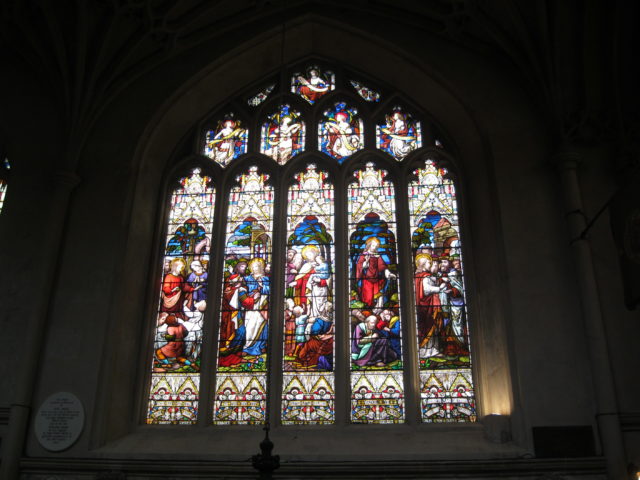 Bath is a fine example of Georgian architecture marked for its symmetry and proportion. The Circus (circular row of multi-storied dwelling units), the Royal Crescent and a host of other buildings are a testimony to this making the town a fabulous experience to walk around.

Jane Austen, the famous 19th century English novelist lived in this town for a few years resulting in two of her books being partially set here. The Jane Austen Centre not far from Queen Square is an exhibition centre dedicated to her life and times in Bath. 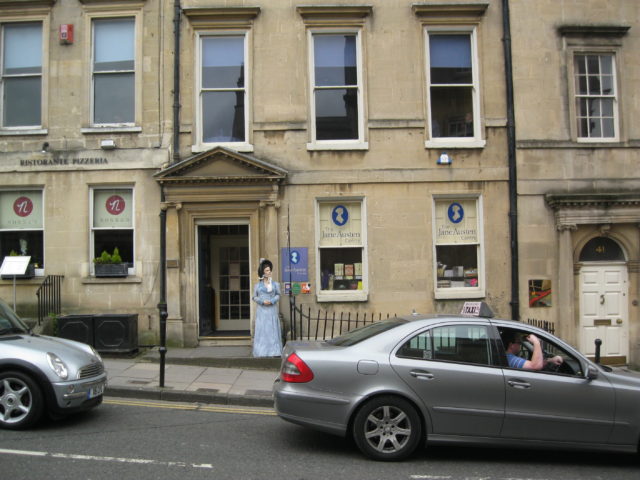 German air raids destroyed a part of Bath with a 500 kg high explosive bomb during World War II. Restoration work followed soon after and in 1987 UNESCO selected the city as a World Heritage Site.

There is lot more to see around Bath but are away from the town. So found a bus back to Bath Road where I live after soaking in history, architecture and glorious sunshine for over 4 hours; a time well spent. 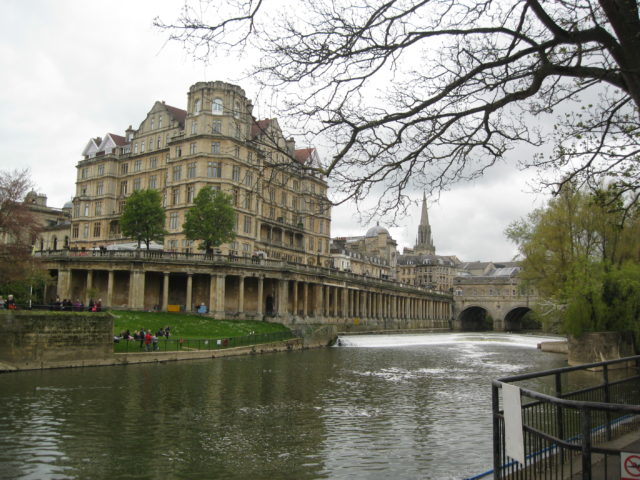 Dec 18, 2008 I arrived at Bijapur yesterday after what was an extremely slow and long bus journey from Hospet. I regretted having not…