Having relatives scattered all over the world has its advantages especially if you get to visit them. One of my cousins chose the picturesque Bangor, north Wales as his abode which gave me a chance to visit the place a few times while on year-long official assignments to the United Kingdom.

Travelling north from London takes you through the midlands amply blessed by Nature. On a bright day when the sun smiles down upon you – not many such days in this country, though– the countryside appears stunningly beautiful with azure skies, small rivers, green-carpeted hills and rolling meadows where lazily grazing sheep, cows and horses complete the picture. Further north and into Wales it turns out to wooded hills, mountains and sea. 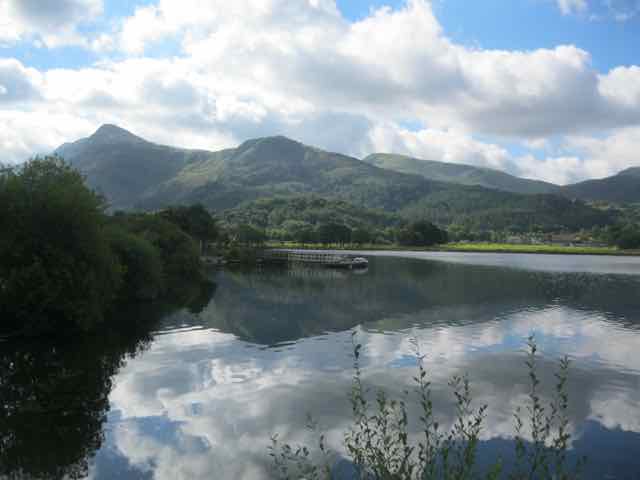 I was overjoyed when my cousin offered to take me for hiking to the nearby hills. The pristine hills during summer would be heavenly for a leisurely trek. I was told that there used to be slate quarries at this place until the middle of last century but since dysfunctional.

As usual my cousin’s wife lovingly packed some snacks and cans of soft drink into my backpack. They dropped me at the base of a wooded hill with the promise to come back and collect me after 3 hours. I was to explore the hill, a lake and a slate factory – now defunct as well – which comprises the Padarn Country Park.  I started my trek by first reaching the lakeside. The lake known as Llyn Padarn in Welsh is a beautiful 2-mile long water body nestled amidst the spectacular Snowdonian hills.

What amazes you here is the tender care with which the English/Welsh treasure such natural blessings – no litter at all. The lake is encircled by hills; you are surrounded by enchanting beauty, fresh air and warm sunshine.

The Hill with thick green cover

I started uphill. Steps were provided to reach the hospital which served miners from the slate quarry nearby; the same now serves as a museum for the 19th century medical equipment and practices. The path which turns left from here is the longer and easier one but I chose the one going straight up to save on time. Freshly washed by the recent rain the foliage was looking clean and inviting. Further up I encountered slate-steps and treacherous climbs – with warnings, of course. Couples were seen pitching tents and hammocks and enjoying the sunshine. 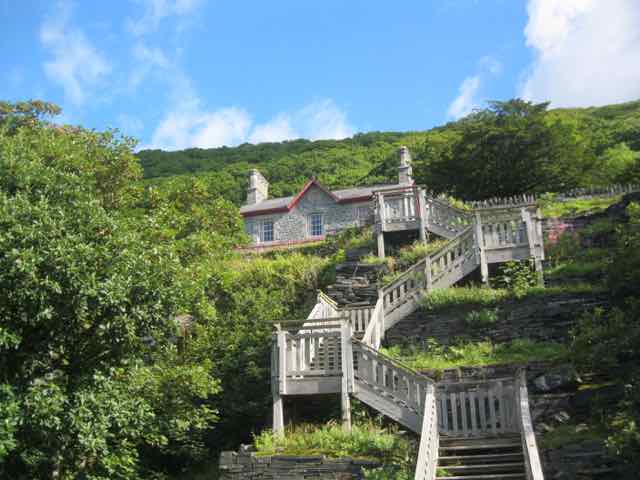 Stairway to the Hospital 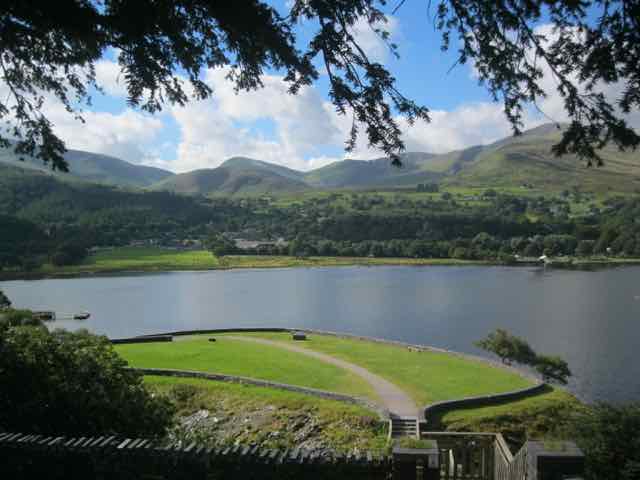 Lake from the Hospital

Mid-way through the climb the scenery becomes breathtaking; most of the lake with its placid waters reflecting the blue sky and fleece-like clouds, the meadows followed by the quaint town with plain hills towering over them can be seen from there. You can see a toy train chugging along the lakeside carrying happy children and adults. Colourful hang-gliders float high above the lake.

They took off from the highest point and are on the way to the opposite peak where they’ll turn around to hit the ground at the polo grounds close to the lake. The immaculate surroundings give you a feeling of ecstasy.

Another arduous climb and I met the path coming from the hospital. Chatted up with a couple and persuaded them not to go down the way I came up as going downhill would be sure recipe for disaster as they didn’t seem to be regular hikers. I looked around. Flowers were in full bloom along the path. Clouds were hanging around close to the top of the mountain. I walked to the other side as going further up was not possible from there. Stood over the Vivian quarry overlooking the lake and the town. The quarry walls were covered with little flowers and it looked as though large scoops had been carved out of the hillside.

Flowers all the way 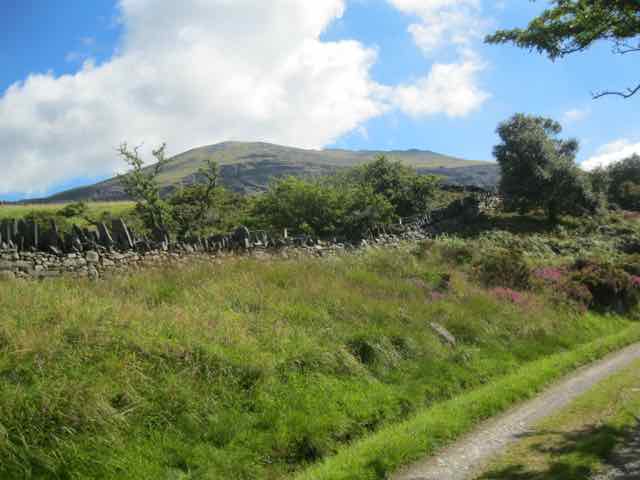 Top of the hill

Went further to find remains of huge wheels, steel ropes and tracks using which the slabs were moved down to the slate factory. Also seen were small cabins made of granite used by labourers for their stay during work-week. They often worked in unsafe and unhygienic conditions.

System to move slate-blocks down the hill 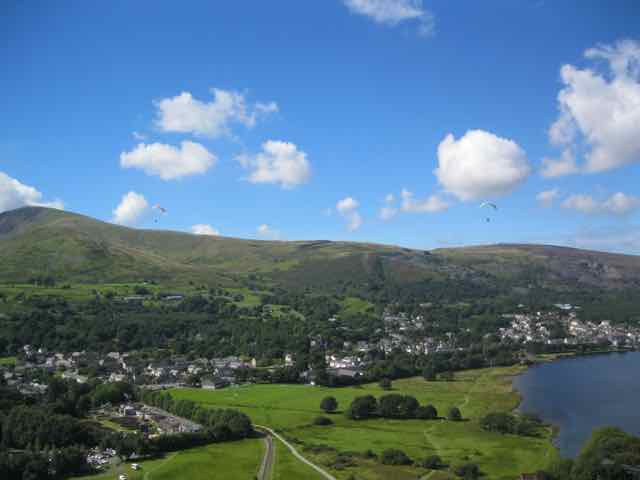 The path downhill was steep but not as treacherous. Families with young ones were coming up and all of them had only one question – how far up? I nudged them with the awesome view awaiting them at the top. 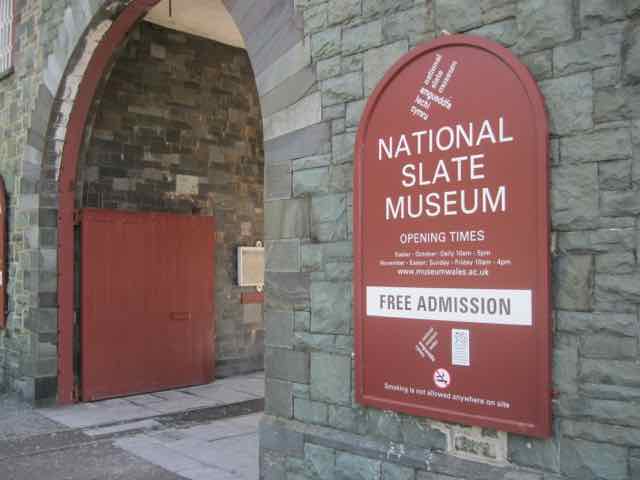 Came down to the slate cutting factory and wandered around the old rusty machinery. Slates were used for roofing, fencing etc. and was big business then. The factory was eventually closed down in 1969 and now serves as a museum. 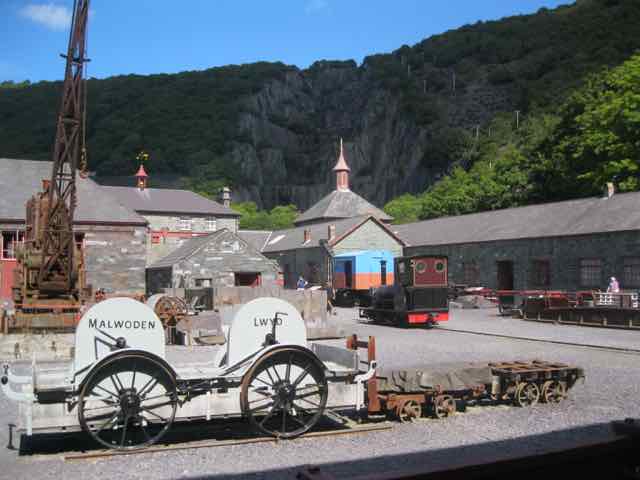 My cousin called up soon after and thus ended an exhilarating trek to the charming Welsh countryside. 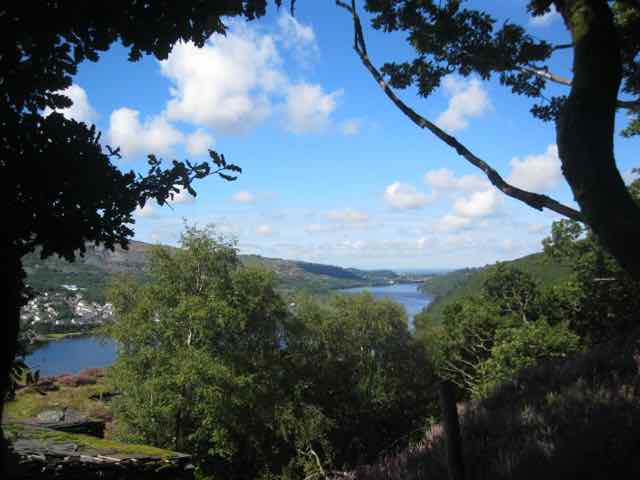 The international Boarder between India and Bhutan is shared by Jaigaon in India and Phuntsholing in Bhutan.

There is free access between these two places, however you are required to get permit to move beyond Phuntsholing. After an hour of journey, the view besides the road began to change and after crossing large fields, tea estates appeared. Total journey was about five hours and before we realized we reached Bhutan. It was a big gate, painted with colorful dragons and guarded by soldiers from Indian BSF and Royal Bhutan Army.