It was a plan – conceived (craftily) & debated (doggedly) & executed (expeditiously) at the shortest notice. During the summer holidays, while we suffered a humid and torrid Cal [i.e. Kolkata, the erstwhile Calcutta; thank God the politicians changed Calcutta to Kolkata, but there was no such repulsive diktat for changing ‘Cal’ to’ Kol’ – so we may go on using ‘Cal’, leaving it to Debosh’s next generation to figure out why Kolkata is fondly termed CAL by old timers], Adityo offered an exciting opening in the otherwise drab setting – a weekend (or whatever was left of it on a Saturday afternoon) trip in his affable Santro. The list of volunteers quickly added up to 05 viz, Debosh, Sharmi, Adityo, their Mother and self, all rearing to go. 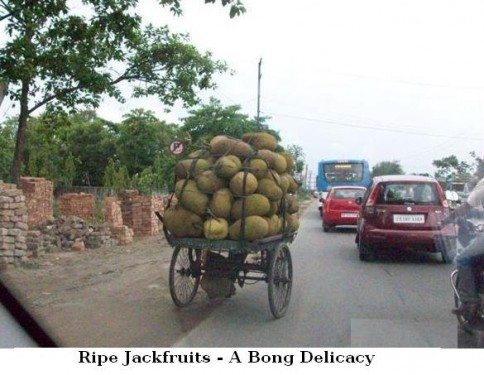 Options around Cal were quickly weighed, viz Kachua (Baba Loknath’s dham – total religion), Mayapuri (ISKON’s setup – religion with bountiful Ganges along side), Digha (no religion but too trite), etc. Finally, we settled for Mandarmoni sea-beach, a well-known destination on a Calcuttan’s weekend horizon, situated 180 kms south of Cal. A few phone calls to some hotels indicated that rooms may be available for the same day. We started from North Cal, near the airport at around 3.45 pm. Our departure coincided with welcome spells of rain, which abated the harshness of the climate.

Mandarmoni is situated at the southern tip of West Bengal coastline, almost at the state border with Orissa. It offers abundant sea/sun/sand in a relatively secluded setting. It certainly lacks the commercial streaks of Digha, but unadulterated solitude compensates for that.
We took the Nibedita Setu (new bridge alongside the old Bally bridge, overlooking the famous Dakshineshwar temple) to get onto Kona Expressway, by-passing Cal proper. 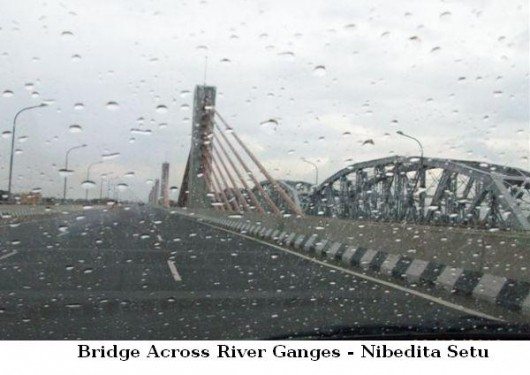 Route is as follows:-

3. Nandakumar – Kontai (a by-pass avoids Kontai, keep a lookout for the right turn before Kontai) – Chawalkhola [45 kms].
(Turn left from Chawalkhola, a small village, which can be missed if inattentive). 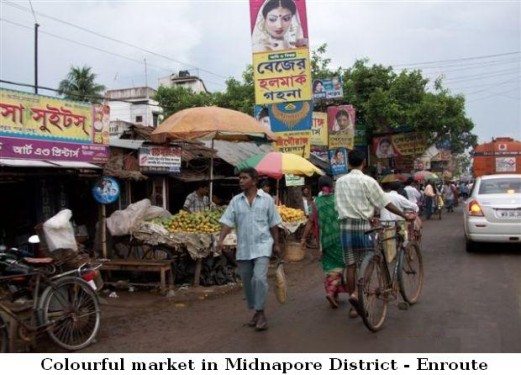 The National Highway till Kolaghat is superb. Kolaghat to Nandakumar stretch is witness to widening of road, so drive is often restricted to one side of adequately broad and metalled road. After Nandakumar, its single laned but well metalled road, barring small patches.
For people coming by bus (any bus from Kolkata to Digha will do), Chawalkhola is alighting point from where local vehicles/ jeeps take you to Mandarmoni. We were at Mandarmoni by 6.30 pm on Saturday. 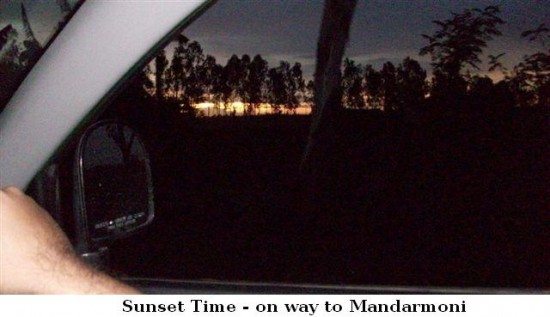 Some reports may indicate that Chawalkhola-Mnadarmoni stretch is unmetalled – that isn’t a fact any more – a brand new road has been made operational from Oct 2009 to ensure continuous & smooth road connectivity till Mandarmoni.
Mandarmoni:-
Actual Mandarmoni lies about 04 kms beyond the end of metalled road. And its only approach is a drive through the beach !!! Isn’t that unique? Usually, driving your two/four wheelers on a beach may not be permissible in other places as a rule, in view of ecological considerations.
So anyone ever desiring to enjoy long unrestrained drive across third longest beach in Asia (info courtesy – Masara Beach Resort website), and probably the longest DRIVABLE beach in India, – Mandarmoni is the place (and better done early, because a road is supposedly under construction – after which the beach drives will no more be permitted). Flip side, though is that the route is open only during low water periods. During high water, the drivable portion gets inundated.

We stayed in ‘Resort Dream Hut’, located bang on the end of the metalled road (Dadan Patrabad/Salimpur). Accommodation is provided in hut-shaped independent cottages. Best part is that it has a direct view and exclusive access to the sea, which is not the case with many other hotels in this area.
Due to lack of regular electricity in the area, almost all hotels have their own generators catering to various needs including AC’s etc. There is a mandatory no-electricity period everyday (01 hour each in morning and evening), dedicated to maintenance of the generators.
We were at Dream Hut by around 7.00 pm. The package of two non-A/C rooms till noon the next day (Sunday) was offered at Rs 1800/- (900×2). 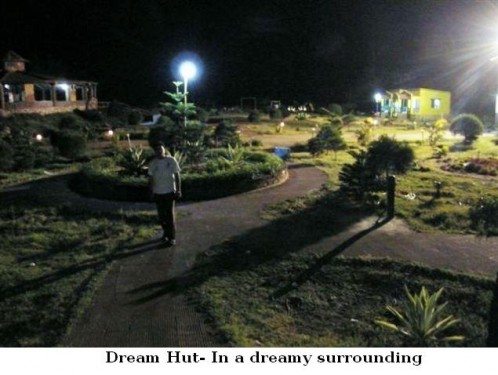 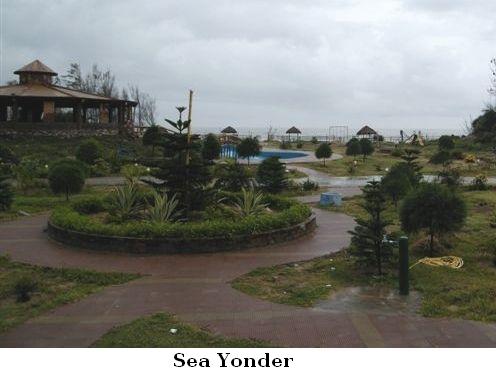