In the beginning, there was nothing! No this or that, no something or nothing, no light or dark and of course neither Ghumakkar nor Ghumakkari. Aeons upon incalculable aeons passed, then there was a big bang within the millionth of a second……..Cut, Cut, Cut.

Oh, Heck! Guess I moved much behind of myself and my brief. But believe me, that is the curious charm of Egypt – it has a strange effect of pulling you back in time. Egypt is almost the farthest we can get into our civilization’s past and witness indomitable attempts of humanity to stamp its ambitions on the face of eternity through majestically created monuments.

So let me start again –

Once upon a time when the history was beginning and the prehistoric era was drawing to its end, human civilisations were taking recognizable shapes in different parts of the earth. During this period, a great civilisation was sprouting along the banks of river Nile, boasting of one of the very first kingdoms, kings and kinships on a mega societal scale. The monuments created by these people stand tallest and gracefully intact unlike its contemporaries.

In the course of its progression, the civilisation saw emergence of a mighty king (Pharaoh, if one may) called Djozer whose kingdom spread wide around the delta of Nile, close to today’s Cairo. Djozer wanted to build a monument that would stand for ever on the face of the earth and so would his memory. His ambition led to the creation of a colossal structure – a giant with unmatched proportions across the nascent human civilisation. Thus came into being Sakkara pyramids, alternatively known as Djozer pyramid or Step pyramid, which was 19 years in making and completed in 2648 BC (that is 4666 years back in time!!).

Although withered to a large extent, the Step Pyramid exudes splendor, confidence and righteousness of its creator. It is located in Memphis, 20 kms south of Cairo. Lately though, number of visitors to step pyramid has been shrinking as people give it a miss for the Great Pyramid of Giza. Nonetheless, Djozer’s pyramid can perhaps lay claim to being one of the very first instances of mega scale creations, a demonstration of the unremitting human urge to transcend trivialities.

And that was just the beginning.

Putting this fact differently – till 5100 AD, the Great Pyramid will continue to hold the crown of being the tallest man made structure for the maximum time in human history!!!

The civilisation was spread across some three thousand years wherein apart from the famed Pyramids, this also created other awe inspiring monuments/ temples standing proud to this date, proclaiming supreme brilliance of the people who built them. 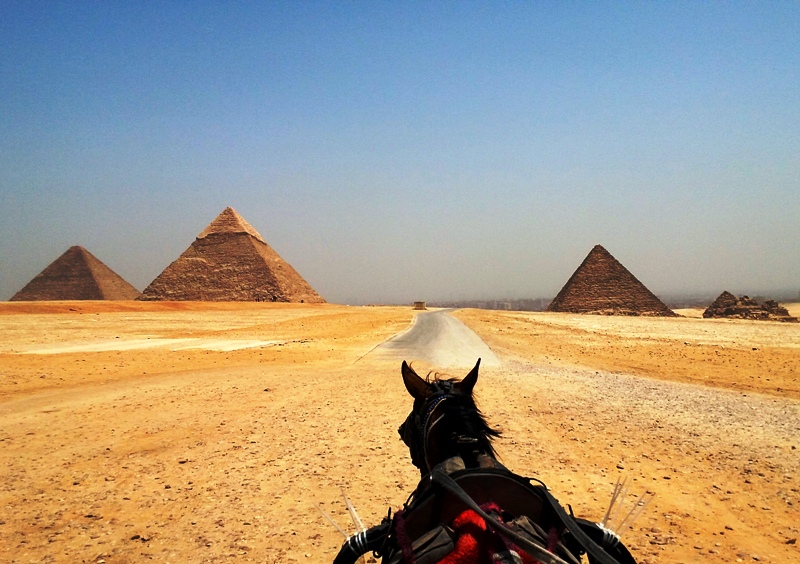 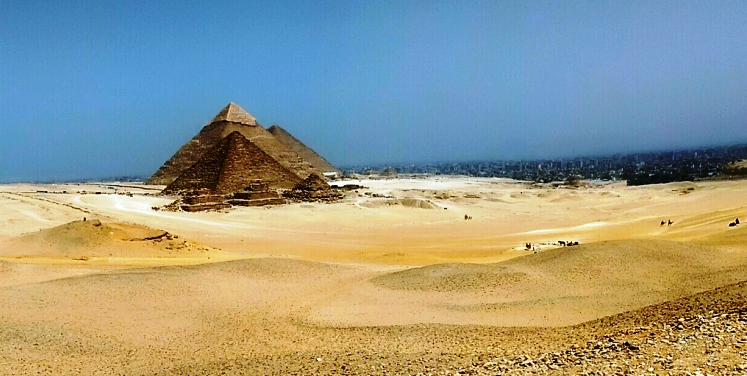 Well, this is the story of Egypt and also of our visit to that country. The term ‘Egypt’ so typically reminds us of breathtaking monuments as also curiously wonderful terms like the Seven Wonders, Nile, Pharos, Tutankhamen, Cleopatra, Ptolemy, Alexander the Great, Abu Simbel and so on; depending on which history book or fiction or movie is being referred to.

We visited Egypt during later half of April this year. This was beginning of the summer and temperatures were already shooting beyond 40+. Despite unwieldy mercury, the trip sure was one of those greatest wow moments life offers you selectively.

Before talking about the itinerary / finances, let me try offer a glimpse into some of those fabled Egyptian terms.

Misr – In Hindi/ Urdu and many other Indic languages, Egypt is known as Misr [Misr (Ghati?) ki Sabhyata !!]. That is the term Egyptians use for their country (pronounced as ‘Masr’ by locals). So an Egyptian would refer to his country as ‘Masr’ and himself as ‘Masri’ in Arabic. By the same token India is known as Al-Hind and you would be perfectly understood introducing yourself as ‘Hindi’.

Seven Wonders of the World

Pyramids are one of ‘the seven wonders of the world’. No doubts there, right? OK, before this trip if someone asked me about the remaining six wonders, I would include the Great Wall of China and Taj Mahal in the same breath. My knowledge however was off-centered if not outright wrong. The original list of Seven Wonders was created during 100 BC to 400 BC by Herodotus and Callimachus, Greek/Roman scholars of their time. The list included Pyramids among other things, all of which were generally located around Mediterranean region.  Over the ages, the notion of Seven Wonders stuck on. Therefore and thereafter, new lists kept originating about the latest ‘Seven wonders’. Pyramids hold the distinction of being the ‘only surviving original 7 wonders of the world’.

Pyramids were meant to be the tombs for the royalties. Egypt is home to more than a hundred of them. However the most famous and biggest of them is the Great pyramid located in Giza, on the outskirts of the capital city Cairo. The great pyramid compound of Giza contains some nine pyramids of varying size and age.

Nile (‘Neel’ locally) with its abundant offerings made this great civilization possible in the midst of harsh Sahara deserts. This is a night pic of population spread of Egypt, demonstrating centrality of Nile for the country. Neel, therefore is part and parcel of the Egyptian being and finds representation in every aspect of their life and culture. 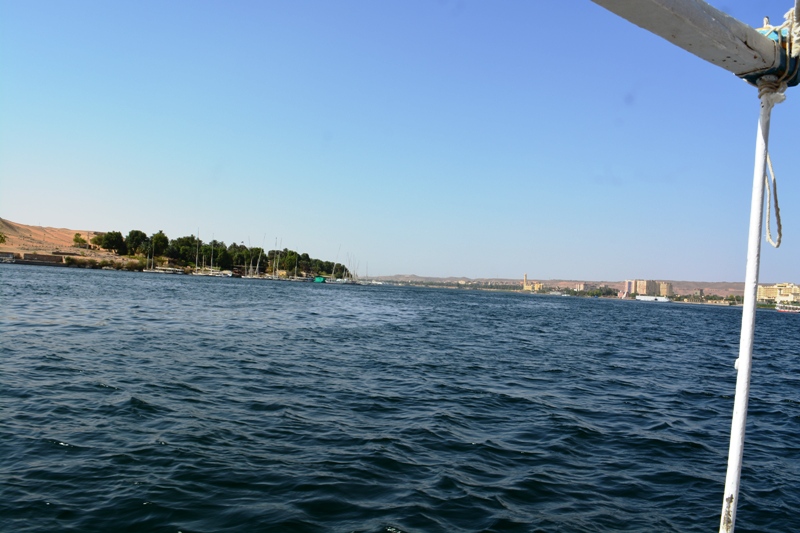 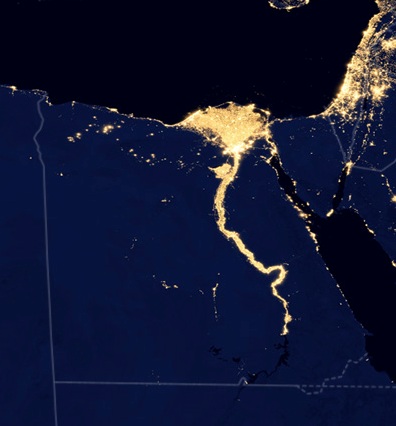 Egypt at night- A gift of the nile

Pharaohs were the kings (queens, in some cases) who ruled the kingdoms in ancient Egyptian civilization. The civilization spread from 3000 BC to a few hundred BC. Some of the famous Pharos are Amenhotep, Menes, Tutankhamen, Khufu, Akhenaten etc. Queen Pharaohs include Nefertiti, Nefertari and of course the well known Cleopatra.

Sphinx. ‘A sphinx is a mythical creature with the head of a human and the body of a lion. In Greek tradition, it has the head of a human, the haunches of a lion, and sometimes the wings of a bird.’ (Wikipedia). The sphinx was usually built at the entrance of a monument and its human head would typically depict the Pharaoh who built it. 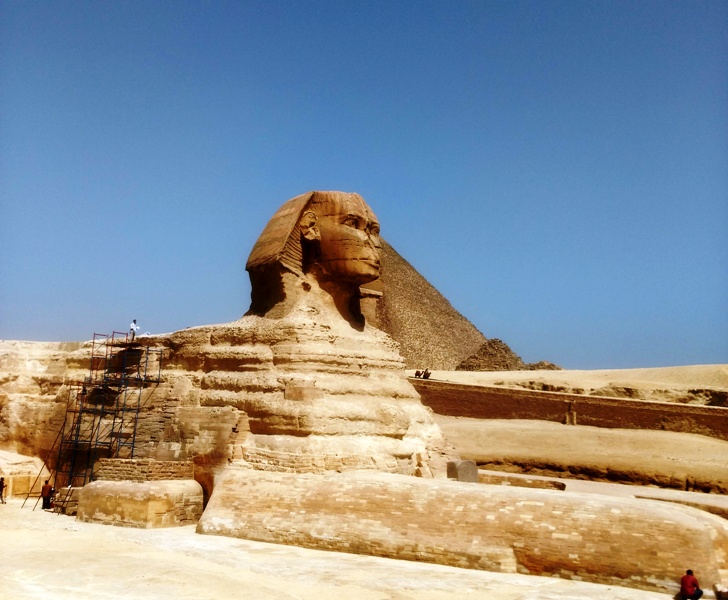 Egyptian tourism is generally tethered to some pivot locations like, Cairo, Luxor, Aswan and Alexandria.  Then there is a series of resort towns along the Red Sea and Sinai Peninsula, including that famous Sharm el-Sheikh. Our fortnight-long visit was divided between the four historical centres and a beach destination called Hurghada. 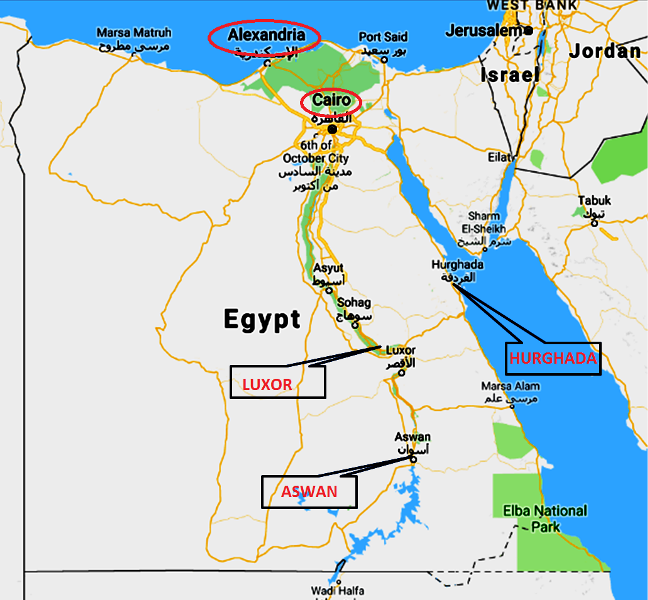 Upon landing at Cairo we headed to Giza (a drive of 45 min to 1 hr, or more depending on Cairo traffic) where the Great Pyramid is located. We spent 3 days staying literally under the shadows of the pyramids. When not visiting the Pyramids, we were taking them in from our hotel window / rooftop.

Stay at Giza allowed us to spy on the Great Pyramid in beguiling kaleidoscopic formats throughout the day. We were mesmerized watching it beholden to the dawn sky as the sunrays crept in; we saw it when the sun protectively lingered overhead, as also when the pyramid hid the falling sun behind its shadowed visage. We saw it gaudily lit up by flashing lights of light&sound show and then late at night when the languorous stars were draping it in their eternity, as if to protect it from marauding howls of street dogs.  No, we still didn’t have enough of it. 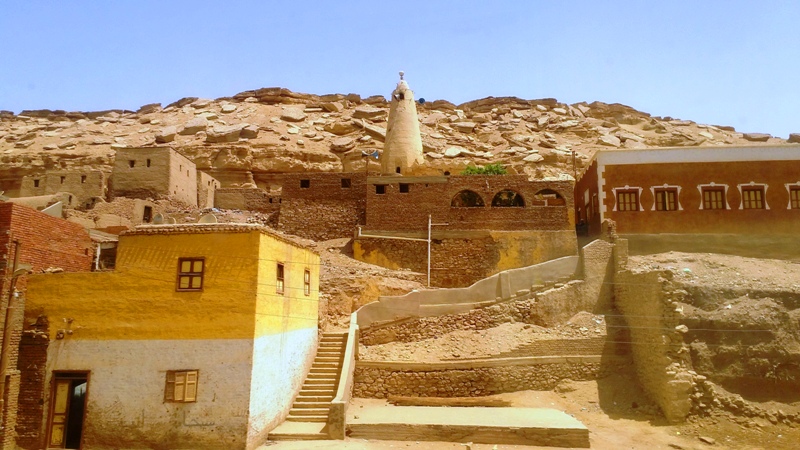 Be back soon with the next part of the story..

I also apply the usual tricks of showing interest in those things that has been mentioned in the Bio, and try to put up a fake face of being someone who is so passionate about those interests as no body’s business. I know it sounds so stupid and average but then you have to do full justice for any job you take on. To appreciate and understand this better, I would encourage you to read his profile at Ghumakkar. For February 2012 ‘Ghumakkar Featured Author’, I did all of this but realized that I am as ill-prepared and un-equipped as I was a fortnight back. There is hardly anything (Ok, may be 3-D modeling is not listed) which is not there.

To make things worse, there was a scheduling gap so the interview didn’t happen at the identified time. The few hours delay, didn’t make the things any easier for me and I braced myself for a eventful and adventurous talk with Nikhil Chandra, the ‘Ghumakkar Featured Author’ for Feb 2012.