That was the last day in Bhutan before we started our return journey to India. After spending some memorable days in the green country, our date of return almost came. During our stay, Kaushik facilitated a lot of opportunities to move around freely wherever we wanted to go to. Continuing the same spirit, on 19th May we thought to roam around surrounding villages. Wherever I go on tour, I keep a devoted time schedule to talk to local people and to move around local village / town to have an idea about that particular place. 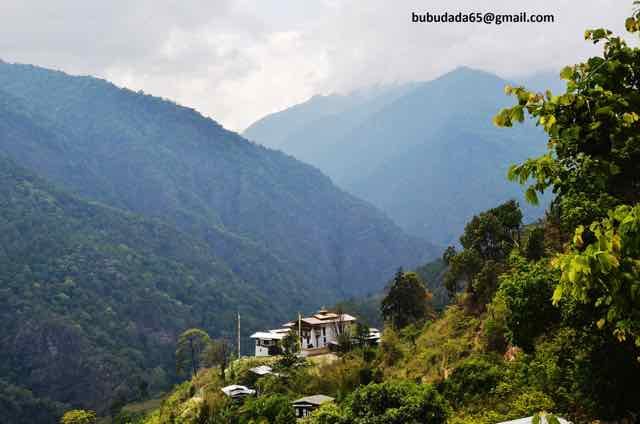 The Yuduchuney Dzong on the lap of hill

The Yuduchuney Dzong under the cloudy sky

So, I went to the local Dzong which was not far off. The medium sized Dzong, named as Yuduchuney Dzong, was not as big as the one at Trongsa or at Bumthang. It was situated on the lap of a hill, surrounded by very tall mountains with serene view. I met many youngsters over there in traditional Buddhist attire. All were looking at me with great astonishment, as I was the odd man out. Neither my look, nor my dress code was matching with them. I went inside the Dzong and took some photographs. Nobody restricted me from doing so. In India, however, I can not think to do it freely. Outside the Dzong, there were cactus bushes full of yellow flowers. Many butterflies were flying around in that sunny day. The ambience was perfect for my mood. So, my camera again went active. 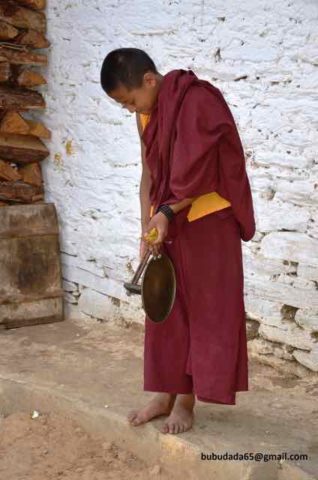 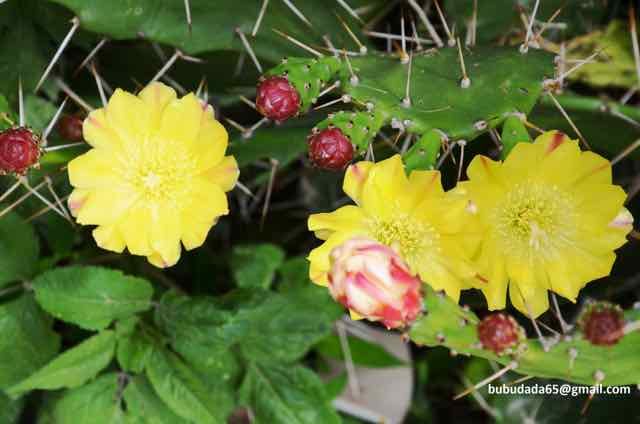 Then I moved to the nearby school, named as Yudrungcholing Primary School, established in the year 2008. It was a small one with beautiful landscape. Most probably, refreshment break was going on, as all children were playing outside. As soon as I started to make friendship with the little ones, a teacher came to me. We got introduced with each other and had a chit chat session by standing at the open yard.

We discussed many topics about rising of the nation called modern Bhutan. He explained the education system of his country and I reciprocated with the system prevalent in India. As per 2015 data, the adult literacy rate for Bhutan was 63.9%, which was 52.8% in 2005. So, the growth rate is fascinating. The teacher came from as far as 400 km away to take the responsibility of educating the children at this remote place. After spending half an hour with the young buds and the teacher, I carried on to travel along the hilly village roads, which ultimately headed towards Langthel. That was all for that day.

A house of Prayer Wheels inside the school campus 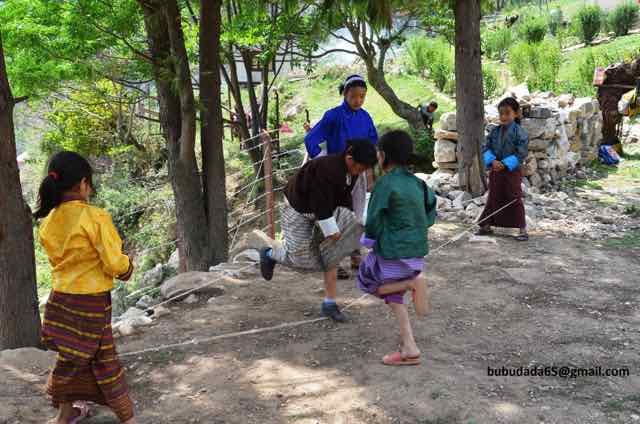 Innocent angels playing in the open yard. Happiness does not necessitate affluence. 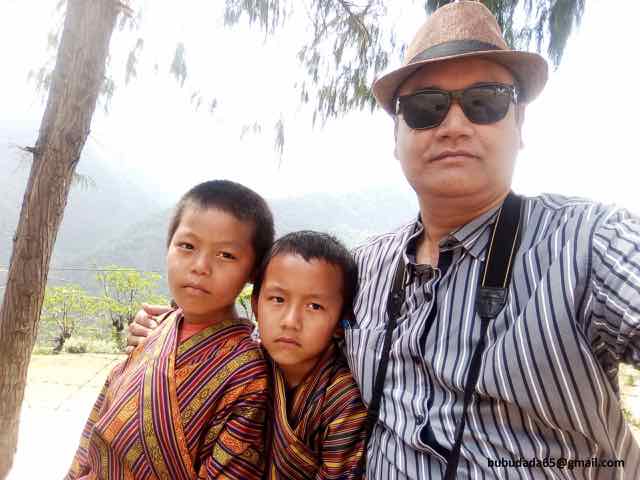 It’s not difficult to make friendship with the children. Myself trying to go back to childhood with the students of Yudrungcholing Primary School 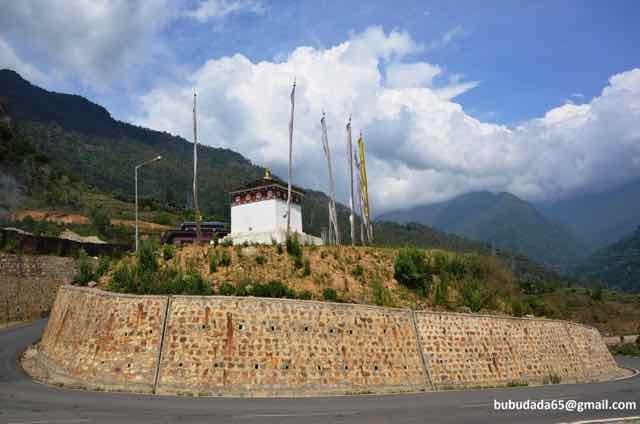 A hairpin bend along a desolate remote road

So, the last day of the trip finally arrived. We finished our breakfast early in the morning, which Kaushik had specially prepared with warmth of friendship. We had to cover a long road journey from Langthel to New Bongaigaon station in Assam, which was scheduled to take more than seven hours. Finally, the moment came when we had to bid Langthel good-bye.

We could not realise how fast time had passed in last few days. Trongsa, Bumthang, Chamkhar, Burning Lake, all Dzongs, Lhakhangs etc. remained behind. And we had to proceed towards Bongaigaon. After the final hug session, spectacles of Kaushik became hazy. Astonishingly, our eye-glasses followed the same. 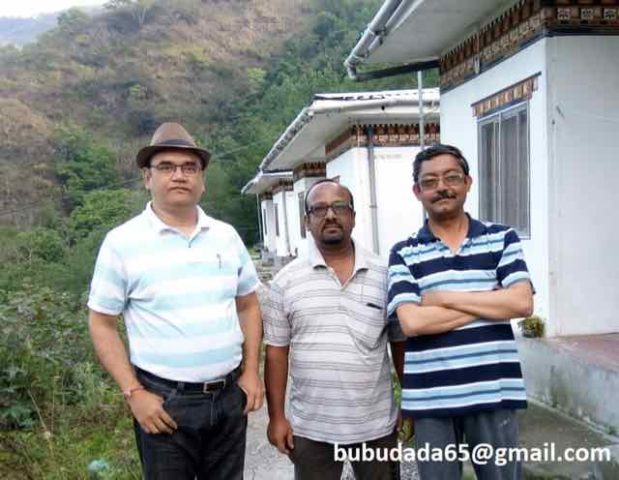 The final capture. Kaushik, Anjan and me – Three friends got closer before bidding good bye to Kaushik

Langthel, more Dzongs – the perfect conclusion to the trip to Bhutan was last modified: December 8th, 2017 by SANTANU

The second day of the trip had lot of adventure stored for us, we did paragliding, rock climbing and rappelling, swim in the lovely sea waters. Also, were amazed to see the eye catching malkham performances by players as a part of the beach festival. It was a lot more than expected and we had a wonderful time.