We had a wonderful time, exploring some of the beautiful places in Kolkata during our vacation. However, as all the good things in life come to an end at some point in life, our vacation was also about to get over in a few days’ time. We were enjoying our days with everyone at home, knowing that we had only few days in hand. Just before leaving, we decided to visit and take blessings of Goddess Kali.

Maa Kali symbolizes the darker side of life and epitomizes strength. Devotees believe that the Goddess Kali will protect them from the demons and their cruelty. We worship her in different forms, such as Shyama, Adya Maa, Tara Maa, Dakshina Kalika, Shasan Kali, Chamundi and Bhadrakali; she has four arms and holds a sword in her upper left hand and a demons head on the lower left hand. Her other two hands bless her devotees. Her eyes are red and her body is smeared with blood. Her three eyes represented three modes of time, the past, present and future. She was destined to destroy all evils and their cruelty. She was so much engrossed in the killing spree that she went on killing everything within her sight. To stop this, Lord Shiva, threw himself under her feet. She was so shocked with this act of Lord Shiva, that she stuck her tongue out. Hence we have the common image of Kali standing with her feet on Shiv’s chest and her tongue out.

In Bengal, Maa Kali is worshiped everywhere and you will find a Kali Temple almost in every neighbourhood, including in Delhi. If you are in Kolkata, don’t miss any chance to take blessings of Goddess Kali, who is the presiding deity of Kolkata. She is probably one of the world’s most powerful symbols of Shakti, a raw divine feminine energy. In Kolkata, there are numerous holy shrines of goddess Kali. Today, I will take you to one of the biggest and finest historical temple of goddess Kali, Dakshineswar Kali Temple. 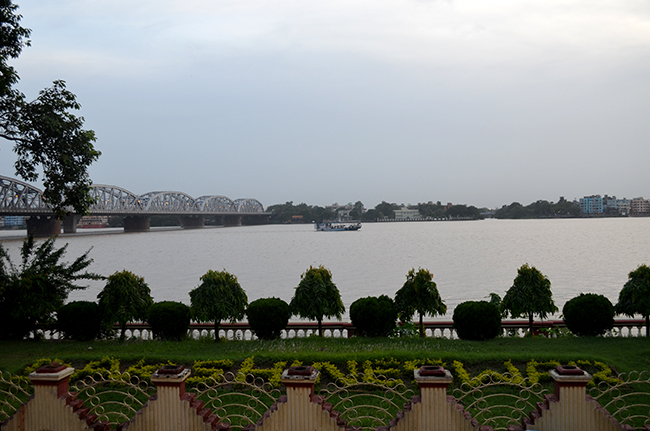 The magnificent Dakshineswar Kali Temple, situated on the bank of the Hooghly river, was built around the middle of 19th Century by Rani Rashmoni, a philanthropist and a devotee of Kali.

According to the legend attached to the temple, once Rani Rashmoni planned to go to Varanasi in order to offer her prayers to the mother goddess. Just the night before she planned to leave for her trip to Varanasi, she had a dream in which Goddess Kali appeared and told her that she didn’t need to go anywhere, instead build a temple near river Ganga and install a statue of her.

Rani immediately looked for and purchased a 20-acre plot from Mr. John Hastie. The large temple complex was built between 1847 and 1855. It took eight years with a cost of Rs. 9 Lacs to complete the construction, and finally the idol of Goddess Kali was installed on the Snana Yatra day on 31 May 1855, with Ramkumar Chhattopadhyay as the head priest. 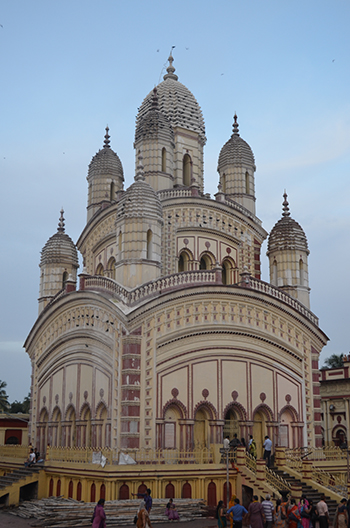 The temple was built in the traditional ‘Nava-ratna’ or nine spires style of Bengal architecture. The three-storeyed south-facing temple has nine spires distributed in upper two storeys and stands on a high platform with a flight of stairs. The garbha griha houses an idol of goddess Kali, known as Bhavataraini, standing on the chest of a lying Shiva, and the two idols are placed on a thousand-petaled lotus made of silver. 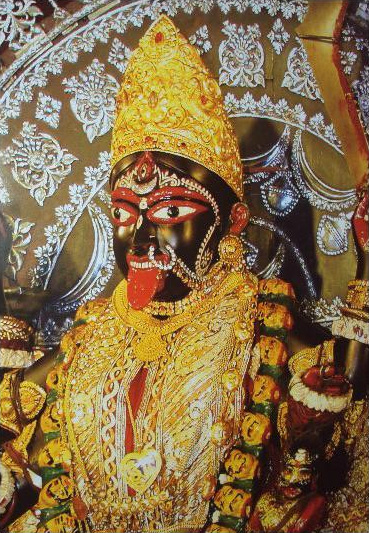 The head priest, Ramkumar Chhattopadhyay died next year in 1856 and his yonger brother, Gadadhar (or Gadai) became the priest of the Dakshineswar Kali Temple. Soon after, the urge of finding the truth of life made him take sannyas under the sage Totapuri who gave him the sobriquet, Paramhansa. The temple is now famous for its association with Shri Shri Thakur Ramakrishna Paramhansa. From then until his death 30 years later in 1886, Ramakrishna was responsible for bringing much in the way of both fame and pilgrims to the temple. This temple is very auspicious to Bengalees because Sri Sri Ramakrishna Parmahansa Deva and Ma Sarada Mani. 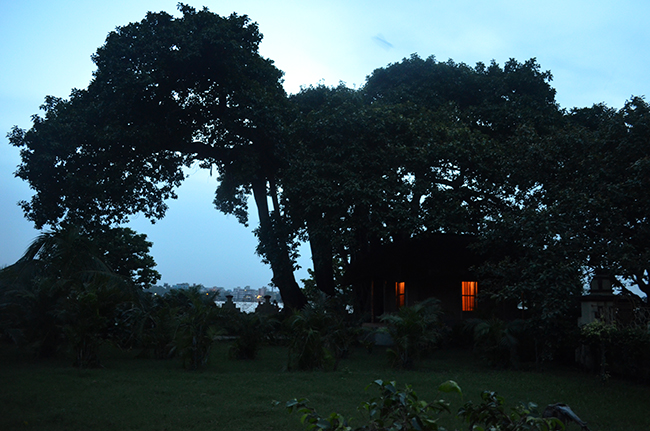 The absence of Pandas will surprise you here, which I like the most. There is a separate enclosure just before the main entrance to the temple where about 30-40 permanent shops sell all puja items like garlands and agarbattis etc. and you are free to choose your offerings.

You have to enter the temple premises without shoes. The temple complex is very clean, spacious, serene and quiet. The temple premises would be crowded with devotees on auspicious or special days, like famous Kalpataru Utsav, which celebrates on January 1 every year. Kalpataru Utsav commemorates the day on January 1, 1886 when his followers believe that Ramakrishna revealed himself to be an Avatar, or God incarnate on earth. Devotees from all over the country thronged the Temple at Dakshineshwar. But you will also be surprised to see that it has lot more discipline in comparison to many other temples. There will be a queue. However, you won’t get much time to see the deity and might be asked to move ahead very quickly. 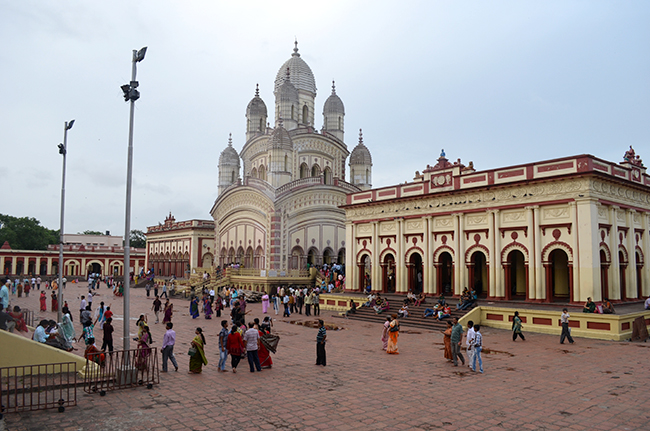 I would recommend you to go the temple early morning, offer a puja, have breakfast in the nearby shops and then head straight to Belur Math, the headquarters of the Ramakrishna Math and Mission, founded by Swami Vivekananda, with whom Ramkrishna developed a strange theological relation and moulded him in his own way. He taught Naren (Dak name of Swami Vivekananda) the truth of life by letting him see a glimpse of the holy spirit. It was Vivekananda in later days, who held high the teachings of Sri Ramakishna to the world by forming the Belur Math. 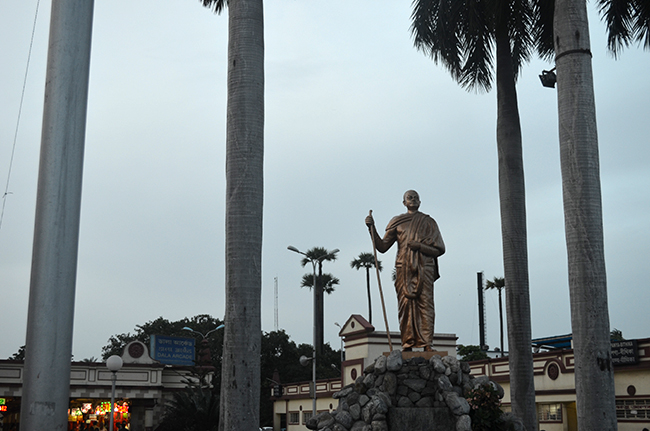 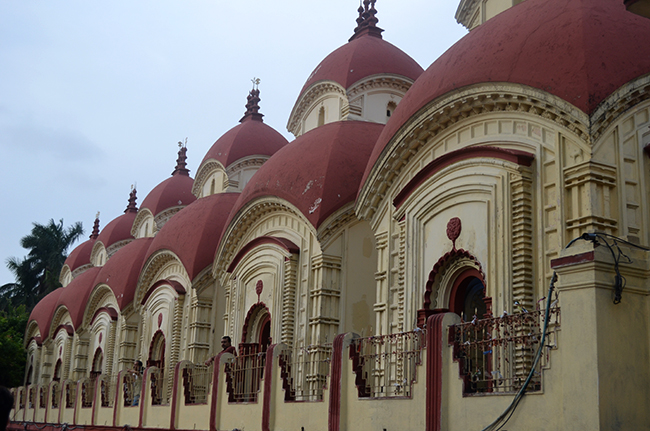 Apart from the above, there is a temple to Radha-Krishna, a bathing ghat on the river, a shrine dedicated to Rani Rashmoni. ‘Nahavat-Khana’, the chamber in the northwestern corner just beyond the last of the Shiva temples, is where Ramakrishna spent a considerable part of his life, still contains his cot, bed and other belongings. The room is open to the visitors and many devotees are seen meditating in the room. 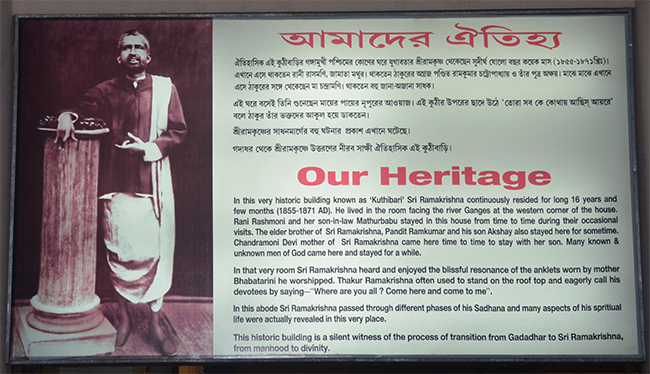 Kuthibari – Where Ramakrishna resided for 16 years

This may turn out to be one the best place to go for a religious peaceful retreat with family during your trip to the city. Dakshineswar Kali Temple is one of the famous temples for the devotees. Apart from the temple, you can also enjoy the pleasant atmosphere from here be it in the morning, in the afternoon or even during evening when you can expand your time by sitting at the bank of the Hooghly river. Dakshineswar is very well connected with any other parts of the city and there are various options to reach there from the main city.

There is a railway station at Dakshineswar where local trains stop on Sealdah – Dankuni line. However, you can go by hired cab or the trademark yellow taxis’ of Kolkata. There is good arrangement for car parking in a separate area. Dakshineshwar is approx. an hour’s drive from Howrah Station & 30 to 40 minutes from Dumdum Air Port.