The best way to explore the near by area of Fort Cochin is to take a ferry boat (Passenger Boat) from Boat Jetty – Marien Drive & get down at Fort Cochin. From there walk down to Fort Cochin Beach via Dutch palace / Museum , Jewish Synagogue , Jewish town , Vasco da Gama square, Santa cruz basilica , st. Francis Church. 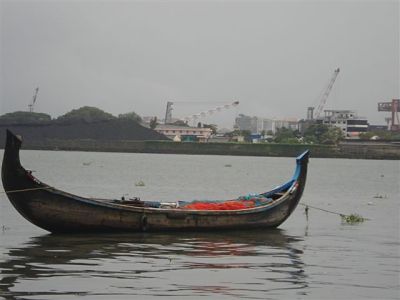 Dutch Palace / Museum ( Mattancherry) – The Dutch Palace was originally built by the Portuguese. Later, in 17th century, the Dutch modified it and presented it to the Raja of Kochi. Coronation of many Rajas of Kochi were held here. The palace has a fine collection of mural paintings depicting scenes from the Hindu epics Mahabharatha and Ramayana. The palace is located in Mattancherry. 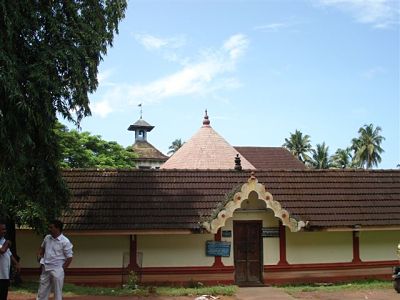 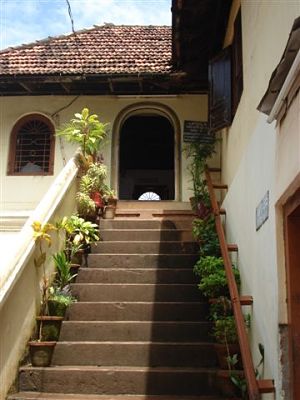 Jewish Synagogue – It was built in 1568 & oldest Synagogue in India. The Synagogue was destroyed during the Portugueseraid & was rebuilt by the Dutch. It is decorated by Chinese tiles & Belgium Chandeliers.

It is located nearby Dutch Palace in Mattancherry.

Photography is prohibited inside the Synagogue. 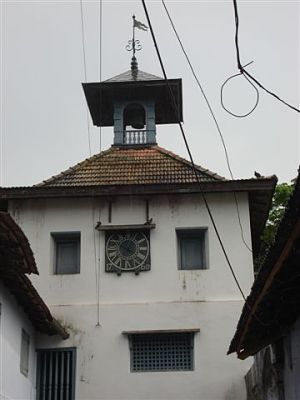 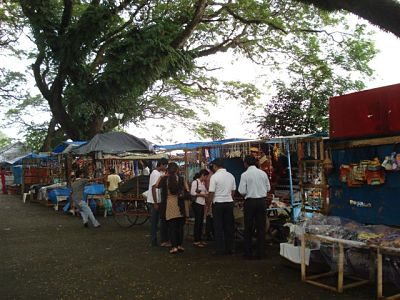 Chinese Fishing Net – The chinese fishing nets are distinctly unique to Cochin. It is believed that traders from the court of the Chinese ruler Kublai Khan introduced these nets here. Oddly, these nets are found only in Kochi, outside China. A whole stretch of the coast along Fort Kochi are dotted with these nets. 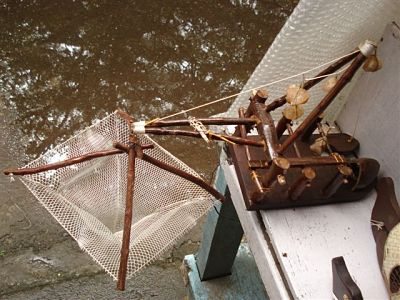 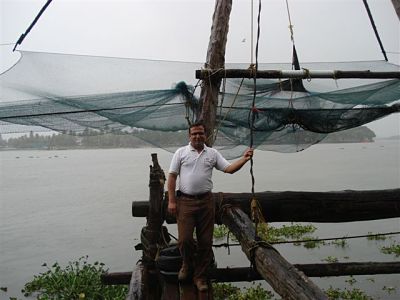 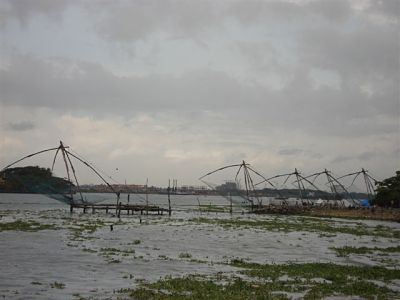 Santa Cruz Basilica Church – The original church, situated in Fort Kochi, was built by the Portuguese in 1505 and named as a cathedral in 1558. The British colonists destroyed the cathedral in 1795. The current structure was built in 1905 and raised to the status of a basilica by Pope John Paul II in 1984. 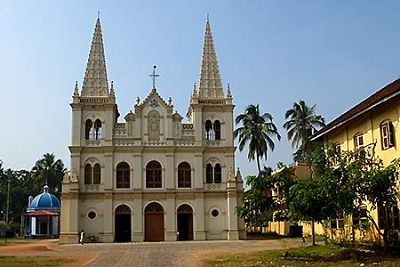 St. Francis Church. – It is the oldest church built by Europeans in India. On his 3rd visit to Kerala, Vasco da Gama, the Portuguese trader who reached India from Europe by sea, fell ill and died in Kochi. He was buried in the St. Francis Church. Later his remains were taken back to Portugal. In spite of that, his burial spot inside the church has been clearly marked out. 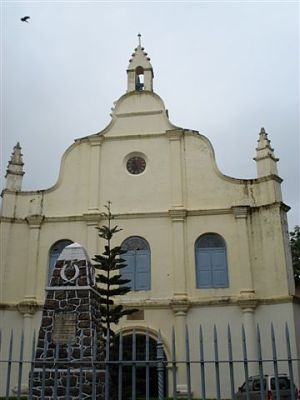 Fort Cochin Beach – The beautiful beach extended from Kamalakada to the entrance of Kochi harbour. Many europian style bungalows can be seen along with shore line. 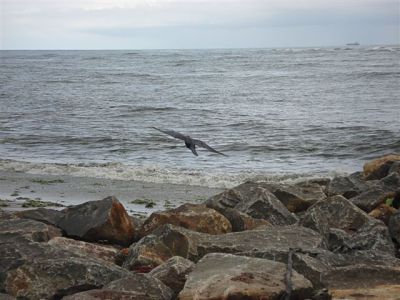 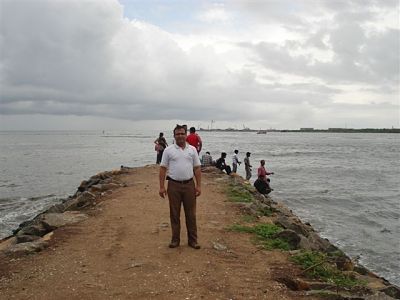 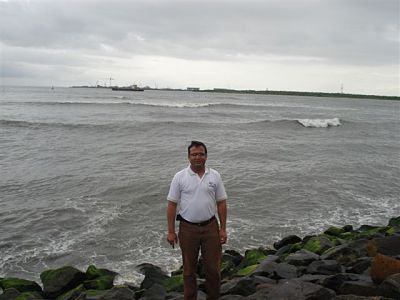 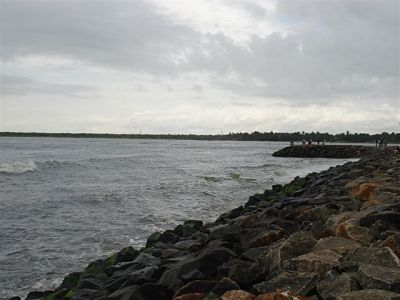 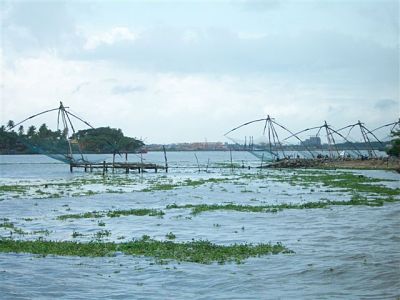 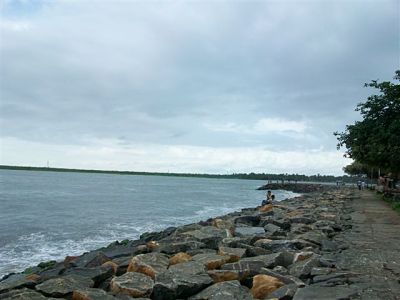 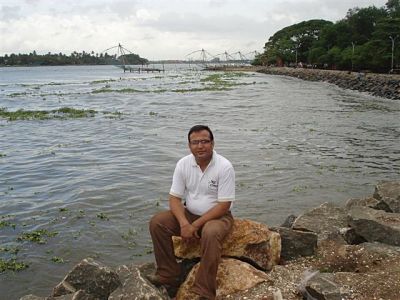 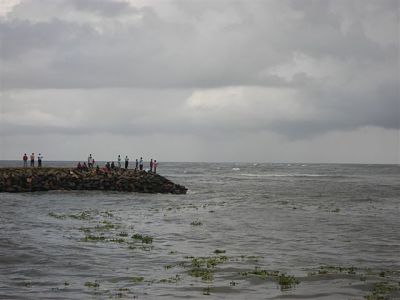 During Onam time all the kerala Shopkeepers offer attractive sales to their customers.

Onam is a state festival of Kerala , which falls in the month of Chingam (August-September) coincides with the month of harvest season.

After the shopping, we reached our hotel, had our lunch & left for Kochi Airport with a promise that we will come back again to visit the beautiful near by areas of Kochi like Munnar (130 km) , Alapuzha / Alleppey (65 kms) , Athirapplly water fall (80 kms) , Kumarakom (78kms). 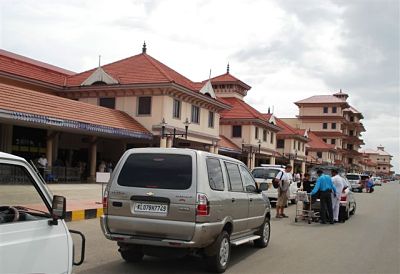 By plane: Kochi International Airport is approx 30 Km from the city. There are flights to and from Thiruvananthapuram, Mumbai, Chennai, Delhi, Hyderabad and Bangalore, Colombo, Dubai, Abu Dhabi, Singapore, Sharjah, Jeddah, Muscat, Kuwait

By Bus : Cochin is accessible from all parts of the state of Kerala, through the extensive state run Kerala Road Transport Corporation (K.S.R.T.C.) bus service.
There also exists daily services to and from other major cities in South India including Mumbai, Bangalore(12 hrs), Mangalore (12 hrs), Coimbatore (4.5 hrs) and Chennai (14 hrs).

By Taxi :Trivandrum to Kochi around 220 km

By Boat : Cochin can be reached by sea in yachts or by occasional cruise ship from Goa or Bombay.

For Handicrafts (metalware, camel-bone carvings, wood carvings, articles made of coconut shells, bamboo and cane) Shops near by Marine drive

Kathakali – It is a highly stylised classical dance noted for its attractive make-up of characters, their elaborate costumes, detailed gestures and well-defined body movements presented in tune with the anchor playback music and complementary percussion. It is originated in kerala from Ramanattom & Krishnanattom in 16th century.

Kerala Natanam – It is a new style of dance that is now recognised as a distinct art form evolved from Kathakali a form of Indian dance-drama. The Indian dancer Guru Gopinath a well trained Kathakali artist and his wife Thankamani Gopinath who was the first student of Mohiniyattam in KeralaKalamandalam developed a unique structure for teaching and performing classical dance forms of India whose origins are from Kathakali.

Thiruvathira – It is a very popular dance from Kerala, it is usually performed in connection with the native festival called Onam.
Thiruvathira is essentially women’s festival. Ladies on this day worship Lord Shiva and pray for conjugal harmony and marital bliss.

Mohiniyattam – It is a traditional South Indian dance from Kerala, one of the eight Indian classical dance forms. It is a very graceful dance meant to be performed as a solo recital by women. The term Mohiniyattam comes from the words “Mohini” meaning a woman who enchants onlookers and “aattam” meaning graceful and sensuous body movements. The word “Mohiniyattam” literally means “dance of the enchantress”.

Kalarippayattu – It is a Martial Art originated in Kerala and contiguous parts of neighboring Tamil Nadu and Karnataka. It incorporates strikes, kicks, grappling, and weaponry, as well as healing techniques.

﻿Last year, I was planning a long trip, I wanted to go Manali, even have booked two tickets for Volvo to Manali through Rao…