Besides my near perennial disease of writer’s block, I am also low on time which is holding me back from writing long boring essays and sign off with glee to torture my readers. That said, a couple of photo essays I published in the past seem to have been well received. Allow me to continue, on a fictitious public demand!

A lot of my journeys, especially in winters, have been done in search of winged friends. Although not as much as a few of my fanatic naturalist friends, I keep an eye on them when I travel, or sometimes do travel-for-birding. The places where I have chased them are spread all over the country. I was part of the first eco-tourist group to travel to Arunachal’s Eaglenest National Park which showed me in its forests some insanely colorful birds hardly seen anywhere. And in the early days of my birding, I passed off a picture of an extremely rare pair of Grandalas as more common Whistling Thrushes. The picture caused a minor excitement when I posted it on a mailing list and the experts probably pitied me for passing it off for something mundane. But most encounters are of common birds in the south, from places in and around where I live.

I wish I could start off with our National Bird Peacock, but unfortunately, common as they may be, I don’t have a worthy image of these majestic birds yet. So I will start with something smaller, nevertheless beautiful, state bird of Karnataka – Indian Roller. It is called ‘Neelakantha’ in Kannada. 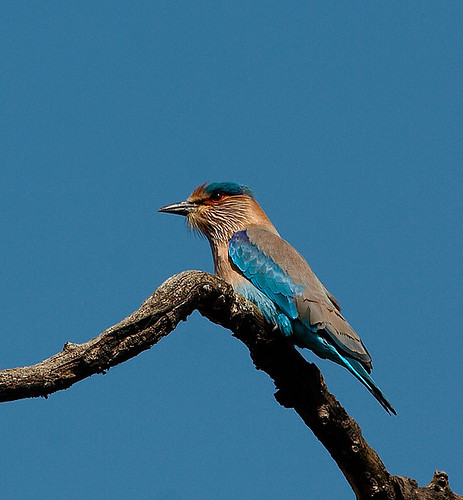 And next is an innocent looking parakeet eying on some fruits. Probably delicious, but I haven’t tasted them myself to be sure. This was shot after many failed bird-shoot rendezvous to Hebbal Lake, a nice big lake in the northern parts of Bangalore. 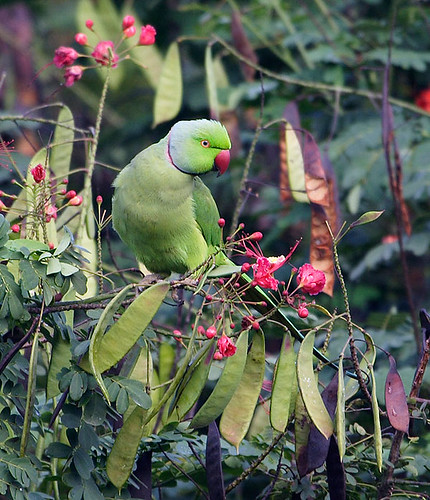 And this romantic Jungle Babbler couple were caught on camera in the periphery of wilderness of Dandeli, on the bank of Kali River. Don’t they know that Public Display of Affection is not very tolerated in our culture? 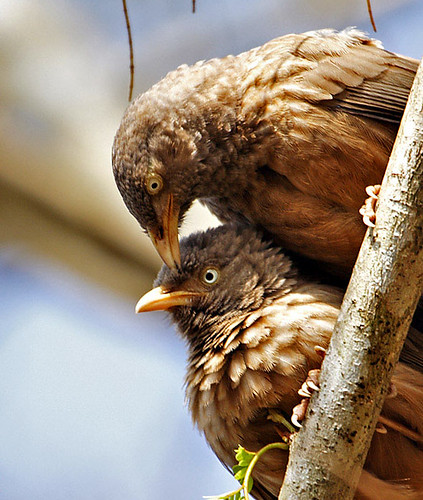 If the Jungle Babblers were sitting cuddled in full view, here is a sparrow having a bath out in the open! 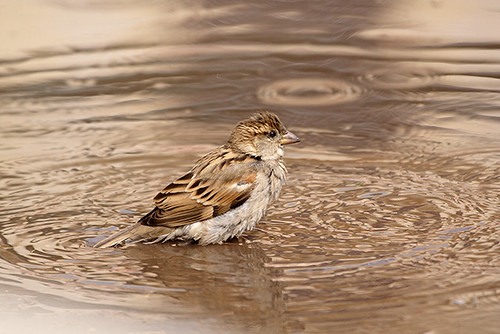 When I was a kid, mom used to make fun of me for having a ‘gubbi snaana’ – ‘sparrow’s bath,’ if I came out from the bathroom in a very short time. The sparrow above, from the looks of it, seems to be making a half-hearted attempt of a bath while immersed in some deep thoughts. It should learn the rigours of a bath from the Bank Myna here. There is a problem though. Bank Myna lived in Varanasi, but the sparrow is in Jaipur. May be Marudhar Express can help. 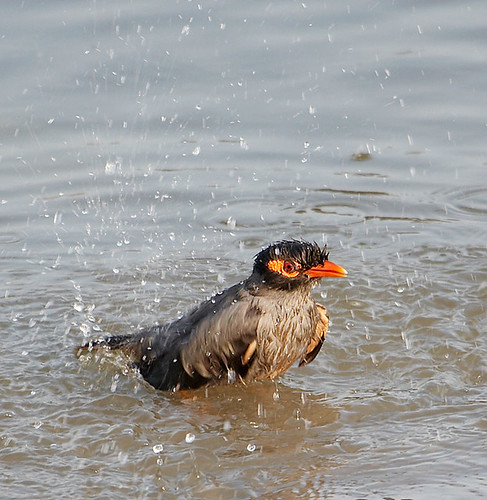 After bath, it is time for breakfast. This Mrs.Gould’s Sunbird in Arunachal Pradesh has problems of plenty. It seems to be wondering which flower has more nectar. Talk about choices. 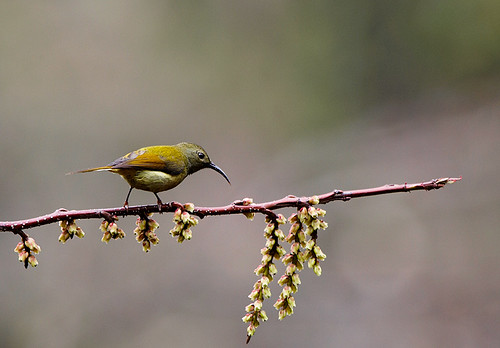 But this Grey Tit from nearby Guwahati has no such worries. It is happy with a delicious catch for the day. 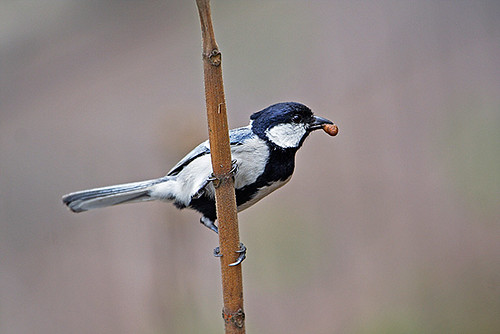 And finally, a Blue Capped Rock Thrush sings away happily after his breakfast. 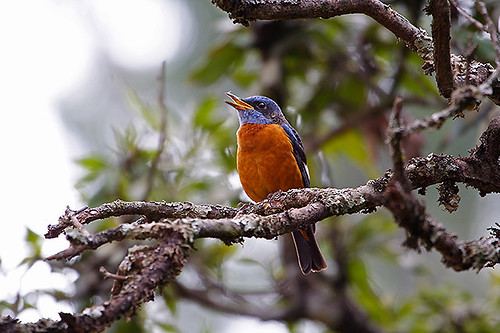 In search of Avian Friends was last modified: July 10th, 2019 by Arun