The Chaturbhuj Temple is like a beacon in Orchha. In the small town that stretches no more than a kilometer from end to end, the unusually tall temple can be seen from every corner. The four hundred year old temple is nearly eight stories high, in a place where contemporary buildings rarely raise higher than one level. But the ancient Orchha is large and tall with several of its structures raising to four or five levels. If old buildings dominate the landscape of Orchha, Chaturbhuj Temple rules them all. No other building old and new comes close to its size, height and grandeur. Which is why I wanted it captured in a way that its scale and might is reproduced in every inch of the frame. That is why I wandered Orchha like a mad man without knowing where I am going, just keeping my beacon in sight. That is why I spent five days in that one square kilometer area putting aside every other charm that the state of Madhya Pradesh offered me. Alright, the last sentence wasn’t exactly true; there is much more to Orchha that kept me from heading further. But you get my point. 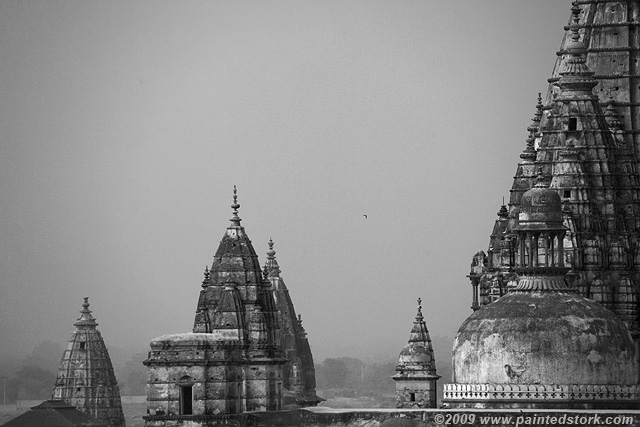 I feel beauty is best presented by divulging just a little bit of it. It builds an anticipation and an urge to see more. It keeps the curiosity alive and lets the experience linger by letting it stay incomplete. I framed the temple in part, leaving bulk of its structure outside the frame and yet clearly capturing its tall facade and its domination of the landscape. 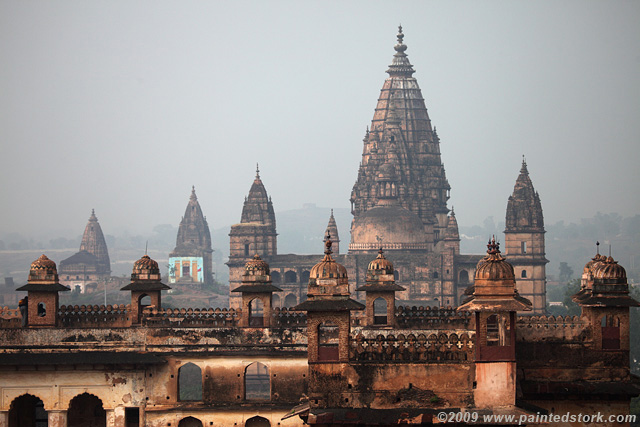 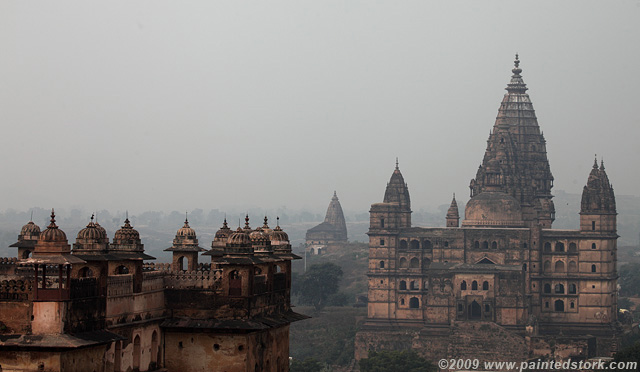 Like every temple worth its name and fame in our country, Chaturbhuj Temple too has a legend as significant as its height and size. It is a story that links history with mythology, past with further past, the known with the unknown and the human with divine. Your guide at Orchha proudly tells you how the tall temple was built for Lord Rama, while the lord himself decided to stay at the nearby Ram Raj Temple. The legends can’t be captured in a frame but the grandeur of the temple can tell a tale of effort and energy that has gone into making a structure of this size worth its legend.

How can the beautiful temple become even more beautiful? The answer lies in its surroundings. The tastiest of food becomes more tempting with a good dressing. A bouquet of flowers becomes more appealing with some green leaves surrounding it. An object of beauty is enhanced by its surroundings. The town of Orchha and Chaturbhuj Temple thankfully came bundled with a picturesque landscape and some beautiful structures. My job was to go as far away as possible and click. 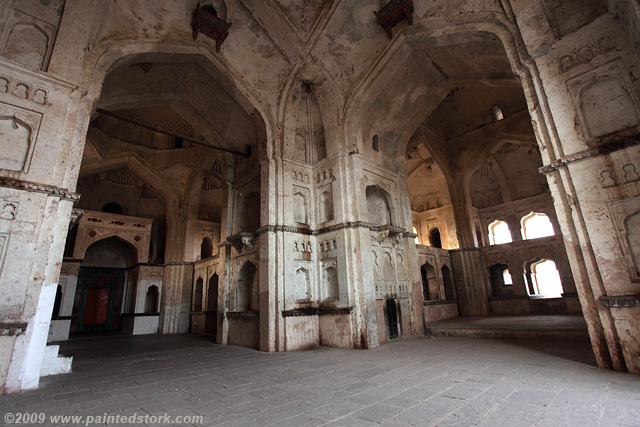 Of what good it is if you just see the temple from a distance and do not get up close? There had to be a picture of the insides. The hall and the domes inside are so tall that if you make one person stand above another to form a vertical line, it might require more than a dozen to touch the roof. I made the mistake of forgetting the ‘rule of scale’ that I mentioned on the second picture. Unfortunately, I have to wait till my next visit to correct the mistake.

In the five days I spent at Orchha, the pursuit for the perfect frame of Chaturbhuj Temple was always in my mind. Of course, I also spent a lot of time taking pictures of other places, enjoying walks along the river bed and listening to stories of the kings who built the edifices of Orchha. Did I find my perfect picture in five days? Thankfully no. Perfection brings an end to pursuit; it leaves an emptiness behind it. But now I can go back and look for more, see more perspectives of the temple and admire more of its beauty. The pursuit shall stay on.

The pursuit of perfect frame was last modified: February 27th, 2020 by Arun

Now we were in the Bazaar bustling with activity. Another feature that we noted was the selling of Bhog laga hua parshad in form of fruit pieces for Rs. 10/ paper plate. We took that also and