Each time I feel lazy to write, I resort to photographs to rescue me. A bunch of images compiled together still makes a post, without having to take the effort of writing too much. So here we go, with pictures of Kanha’s wildlife and wilderness. With all these inhabitants in the wild, pictures do a better job than words anyway. If I go on saying ‘the wild dog yawned and showcased its sharp canines that can chew the toughest of meat..,’ you too will yawn and go off to sleep. Let’s cut the talk and get to pictures!

The gates of the park. Us humans perceive that there is wildlife towards one side of the gate and to the other side is human-life. But the wildlife itself doesn’t see the barriers. It helps that the forest stretches far and wide even outside the gates. A lot of animals, even tigers and leopards, are known to wander beyond the national park. 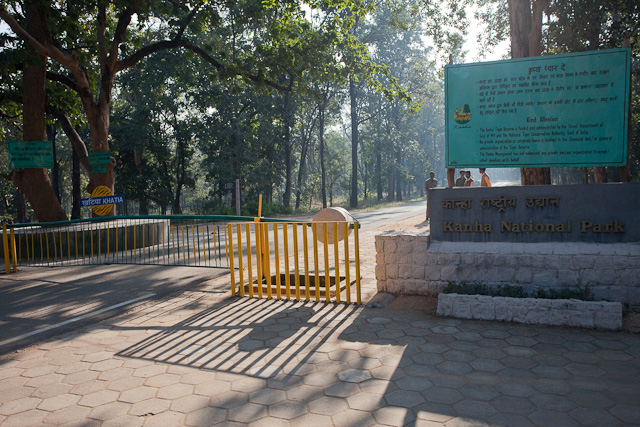 Let’s begin with the star of Kanha, the king of the jungle, the mighty big cat, the ferocious carnivore bearing burning stripes. He is also a weakling who is dying, with just a couple thousands of his kind left. Nearly every tourist who comes to Kanha drools over the prospect of seeing tigers. After a quick darshan of this strong, yet vulnerable animal, we left it to itself and moved on to explore more riches of Kanha. 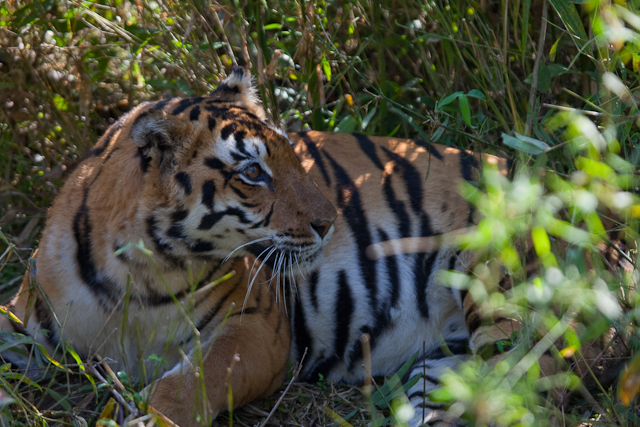 This is the yawn of the wild dog that I mentioned earlier. I shall say nothing more.

And here is a Barasingha, a critically endangered animal that has been looked after with special care in the park. 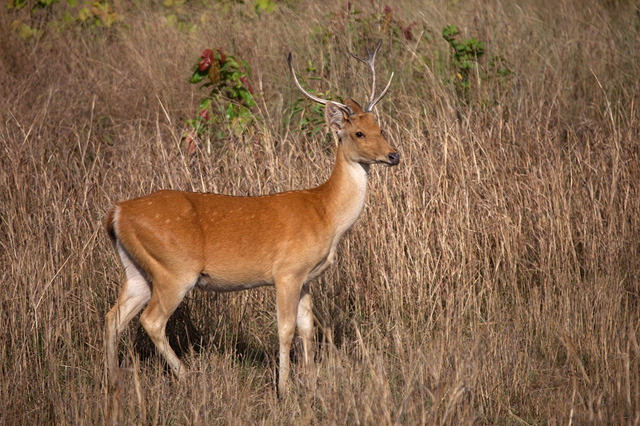 Up next: a wild gaur. He looks friendly for his size, doesn’t he? 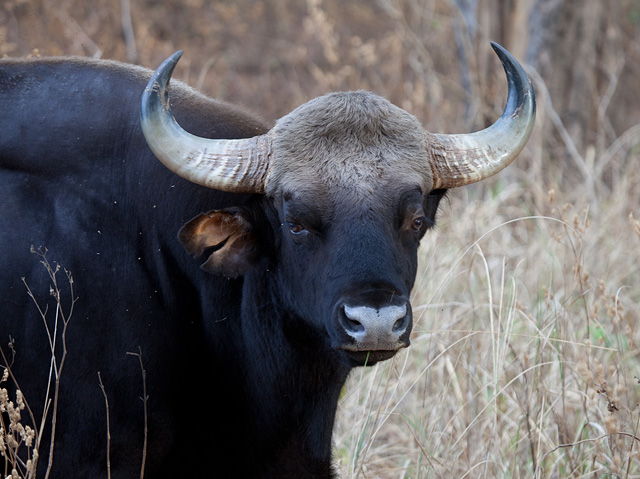 And now, a sambar deer. Another timid animal.

The next one is also an ungulate – a spotted deer. I don’t understand why is he sticking his tongue out at me instead of posing nicely. 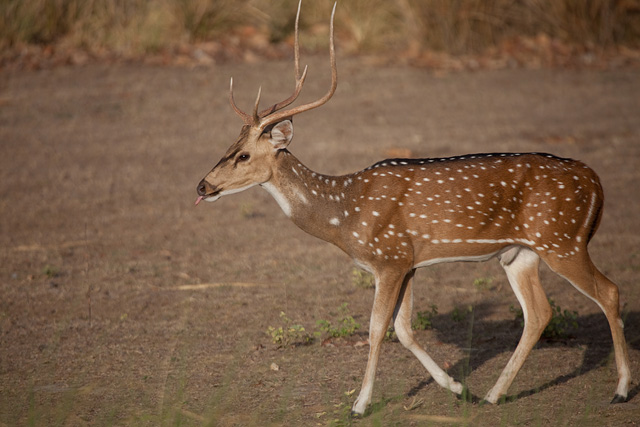 Here is a wild boar looking wary, ready to run away at the slightest provocation.

The next one is a distant relative from the past. A common langur. 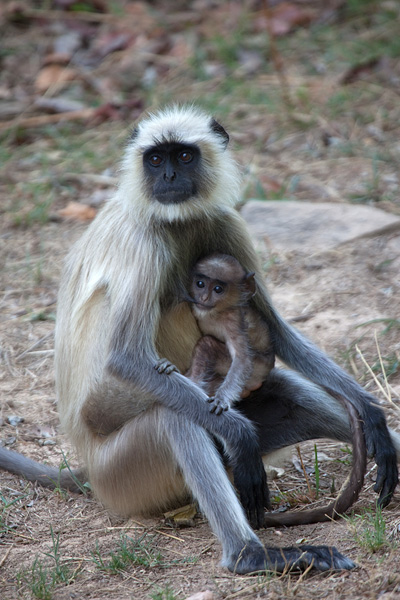 For reasons I do not know, the forests of Kanha and other parts of central India do not host elephants. Do you know why? The only elephants I saw wandering in the forest were these. 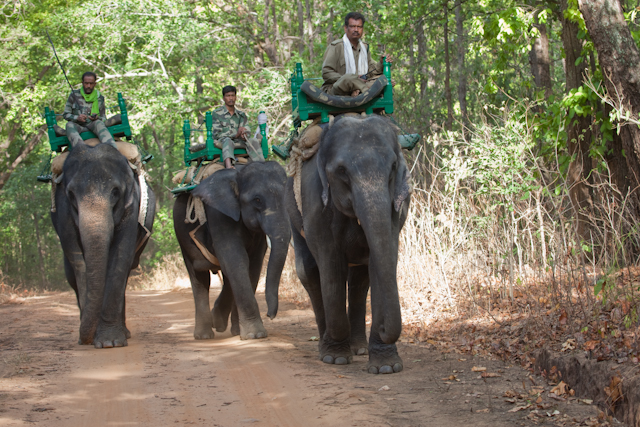 I had planned to include a few birds as well, but I am already done with ten numbers I was planning to post. Let’s save the winged friends for another post then.

Since the weather wasn’t too favorable for cycling, we decided to opt for the guided tour. A 6 hour round trip with a visit to the cheese and clog factory plus walk tour in the fishing village of Amsterdam – cant get any better, can it?