My experience at the Hajj Pilgrimage, 2012:

What it means to be a Haji.

Officially, one can write one’s name with the prefix Haji once one has completed the pilgrimage to Hajj. On a personal level, this is not just an addition to one’s name.. It is a reminder to the devout to maintain a certain level of spirituality and religiosity. A Haji is expected to be honest, sincere, truthful, hard-working, pious, generous, caring, forgiving, etc. I do not know if I will be able to meet those expectations, but to sum it up in a nut-shell, I have to strive to be a good Muslim. Period. 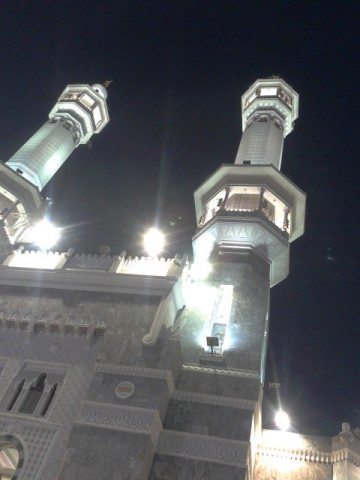 I consider myself lucky; just over a year ago, I was contemplating going to Saudi Arabia only to be able to earn some extra money; having completed my visits to Makkah and Medina, I feel that THIS was the real gain, not the money I earned for a more comfortable old age. If Allah accepts my Hajj, I would have gained more than all the money I will have earned in the next few years that I plan to stay in Saudi Arabia. Additionally, I prayed for the souls of my parents, my family, my relatives, my friends and all my well-wishers from all over the world, and if any of them receive the munificence of Allah and their prayers are answered because of my intercession, I will have done something good for them as well.

Going to Makkah and performing the Hajj also means that from now on, I must strive to be a better human being: more just, truthful, calm, kind, generous, honest, simple and helpful to those in need. I am already feeling many of these positive emotions in the past month, and I am sure I can only improve from here on.

More than a month has passed since my series on Hajj appeared here on Ghumakkar. Some of my earlier resolves have become firmer, and a few have slipped: please pray that I continue to remain devout and firm on the straight path that Islam and Qur^an have so well-described. 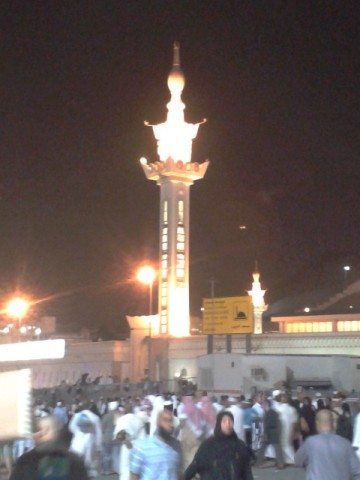 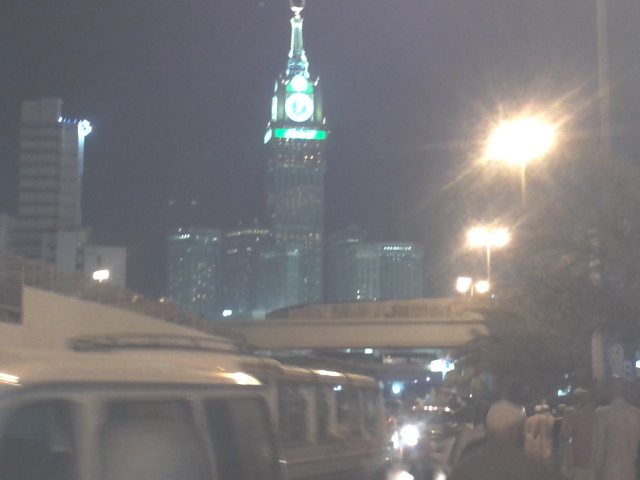 Finally, though, it means that one can perform the Hajj guilt-free and with a clean conscience.

I am greatly indebted to all the staff at Ghumakkar and to all my keen readers for allowing me to express myself on a completely different track from my other, worldly, posts of travel.

Finally, something about the basics of Hajj travel.

First of all, as of today, the twin cities of Makkah and Medinah are only open for travel to Muslims. Hence, non-Muslims should probably never think of visiting these two religious places.

Second, Makkah is open for pilgrimage and sight-seeing throughout the year, but Hajj can only be performed during the five days of the last month of the Islamic calendar, these dates being the ones on which I performed the Hajj. Although the Saudi Arabian government is doing all that it can to increase the space and the facilities for the ever increasing rush of pilgrims at the time of Hajj, they are unable to meet the pressure; it is believed that they may soon become more stringent and forbid those who have performed the Hajj from repeating their pilgrimage for at least five years; I have also heard that they may, from the year 2013, introduce I-cards, or biometric wrist bands and other stuff to prevent illegal pilgrims from entering Makkah during the period of Hajj pilgrimage.

Third, in spite of several protestations from the majority community in India, the government of India continues to subsidise the cost of the Hajj pilgrimage. However, some think that this may imply that part of the cost of the pilgrimage is not borne by the pilgrim, and this may vitiate the chances of the acceptance of his pilgrimage by Allah. One has to register with the Hajj Committee which will then select the successful applicants by a kind of lottery system. The others would have to try again next year.

Lastly, as the Islamic calendar is 11 days short of the Gregorian one, the pilgrimage season shifts to a date 11 days before the preceding year … as a result of which, while Hajj fell in late October this year, it will be shifted to early October,  and so on. So the right years to perform Hajj are now. Otherwise you may have to do it during the severe summer months in the Kingdom (June to September).

I urge all my Muslim readers to try and go for Hajj as soon as possible. It is an experience you are unlikely to forget till the day you die.

Hajj: The Final Installment – What it means to be a Haji was last modified: April 1st, 2021 by Taher Kagalwala