We were planning to have a family holiday trip with my parents, sister and her kids for some time. They were all in Delhi and we found a slot of holidays around 2nd Oct 2015. We were getting four days to go somewhere out of Delhi. Only issue was our going to Delhi from Pune and be back in 4 days. I looked up flight schedules and found that newly introduced Vistara airlines had a convenient flight timings leaving Pune late night and back from Delhi in the evening on return. This being a new full-service airline I went ahead and booked to check out the experience. So, we decided to do the famed Golden triangle of Delhi – Agra – Jaipur with Fatehpur Sikri & Bharatpur thrown in between. 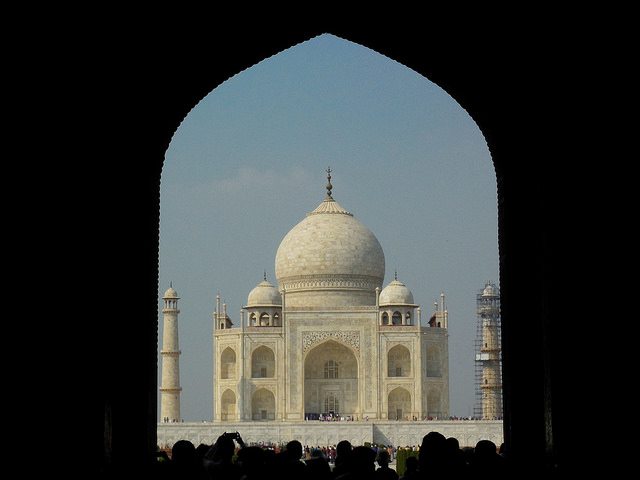 Main attraction of our trip

We flew on 30th Sept late night and reached Delhi by 1:00 AM. This was my first time coming to Terminal 3 of Delhi airport and it was impressive. The plan was to just sleep and leave for Agra the next morning. We had an SUV at our disposal and I being the sole driver. After good rest we left for Agra around 10AM. We were located at Mayur Vihar from where getting onto Greater Noida expressway was easy though we lost the way a little. However, once we got onto the expressway we were in Agra by 1:00 PM. The expressway was excellent and it was smooth ride. Once inside Agra, the regular traffic was there and we had some difficulty in locating our OYO rooms hotel near the East gate of Taj Mahal. The rooms were nice and Taj Mahal was visible from the window. After having lunch which we had brought from home and a little rest, we went to Taj Mahal by the battery operated vehicle. But the day was pretty hot and there was lot of crowd. Family was soon exhausted due to heat and crowd so they soon went back to hotel room. I was visiting Taj Mahal after several 25 years(!) and for my wife it was her first visit so we hung around and explored Taj Mahal from all angles. 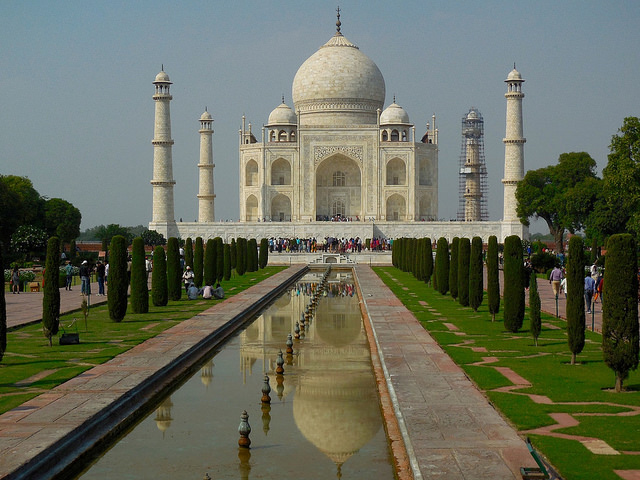 Taj Mahal in all its glory 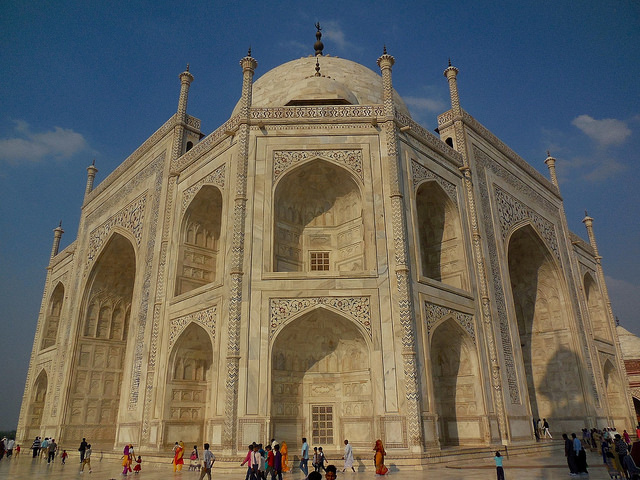 Taj Mahal from a different angle 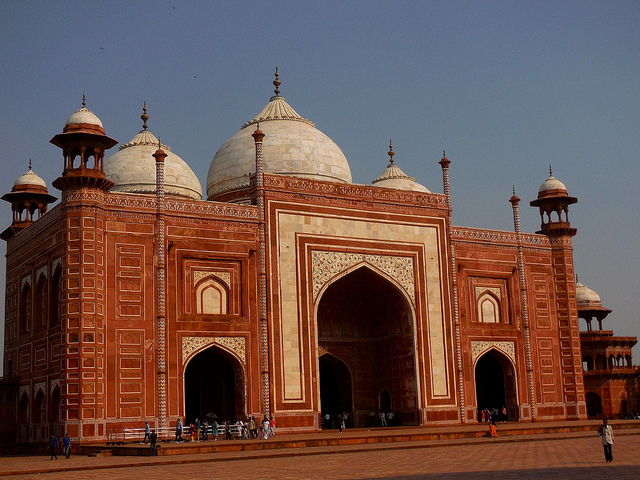 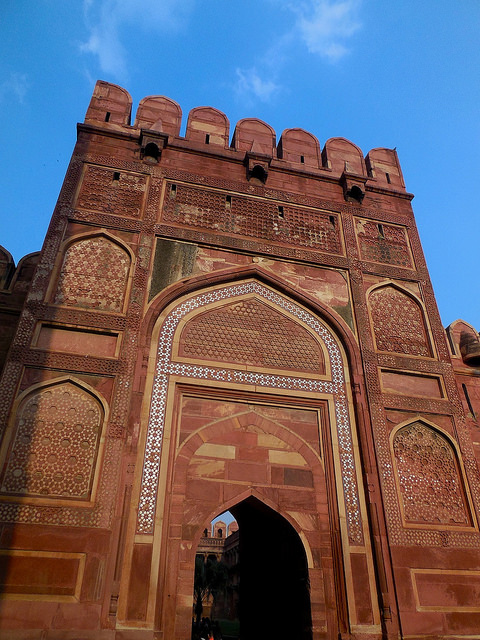 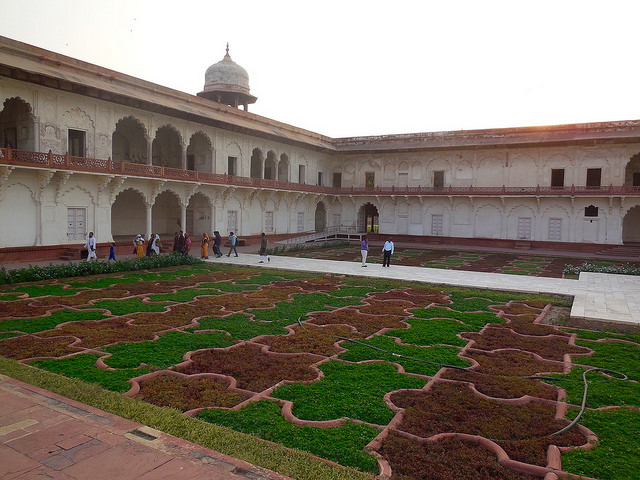 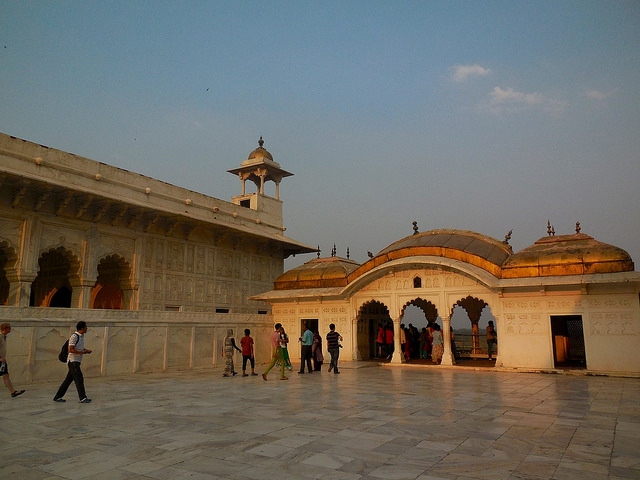 Inside Red Fort where Shahjahan was exiled 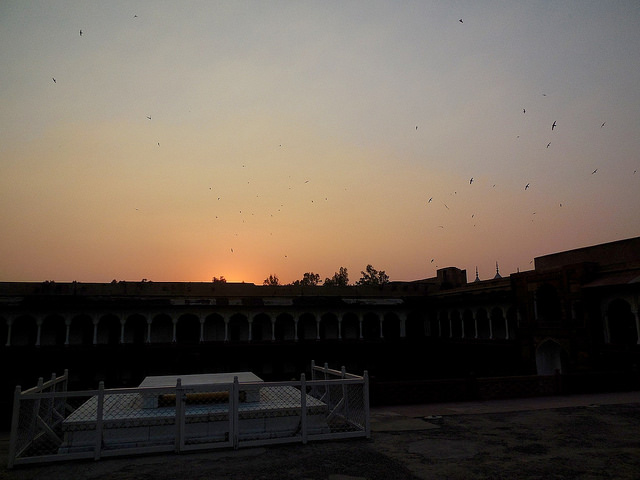 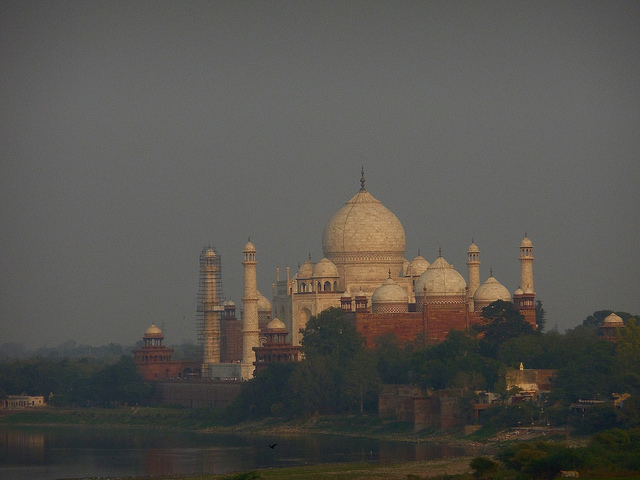 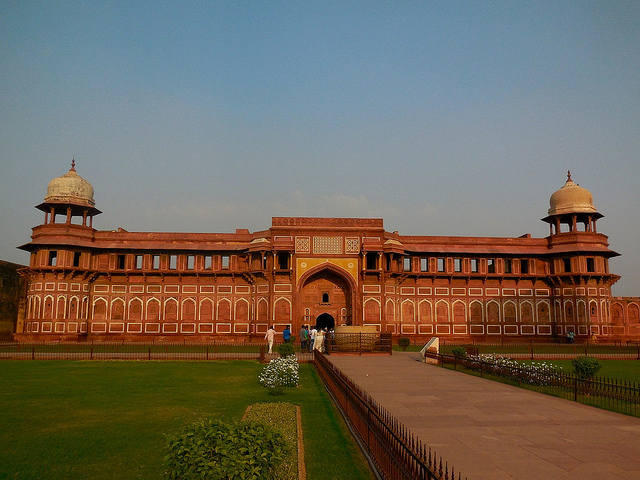 Red Fort from other side

Once we came out the Tonga-wallah was still waiting for us. We wanted to purchase famous Agra pethas for which he took us to Panchhi petha store in the town. After that he took us to our hotel. We got the kids a ride on the tonga which they enjoyed thoroughly. After freshening up, we decided to have food at roof-top restaurant admiring the Agra skyline if that is what it could be called. Taj Mahal is not illuminated in the night so it was not visible, but we had a nice time with us being the only guests at the roof top. 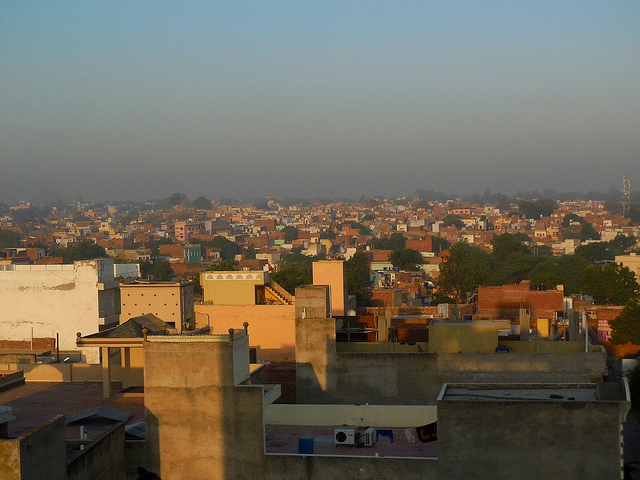 Agra skyline in the morning

Next day we checked out and left for Fatehpur Sikri. It is around 40 km from Agra. At Fatehpur Sikri we again hired a guide who took us around. Fatehpur Sikri has two complexes, one is residential and administrative buildings like Diwan-e-Aam, Diwan-e-Khaas, Panch Mahal, Palaces for Akbar’s three wives are there. 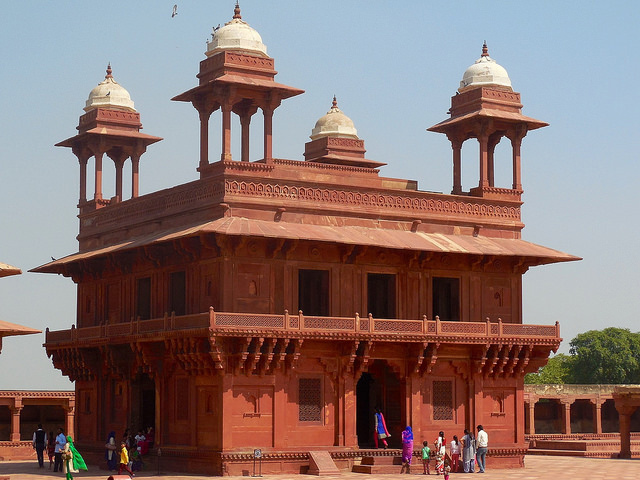 Whereas other one is religious with Jama Masjid, Dargah of Salim Chishti and Buland Darwaza. There was lot of activity today it being Friday. There was literally a flea market inside with vendors selling souvenirs and decorative and other items to visitors. Buland Darwaza was an attraction due to its size and the stairs which one has to climb. 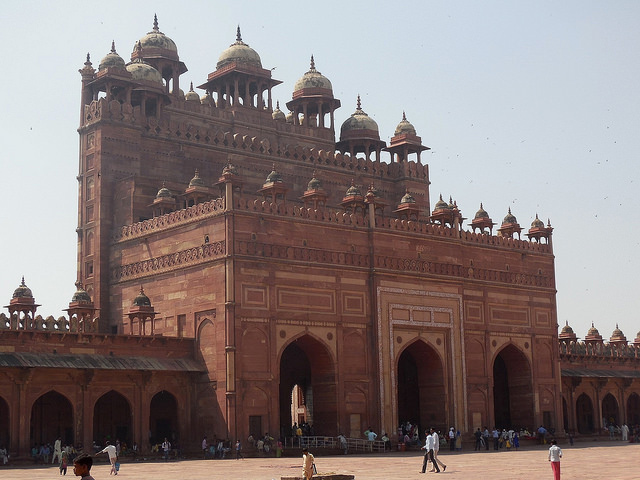 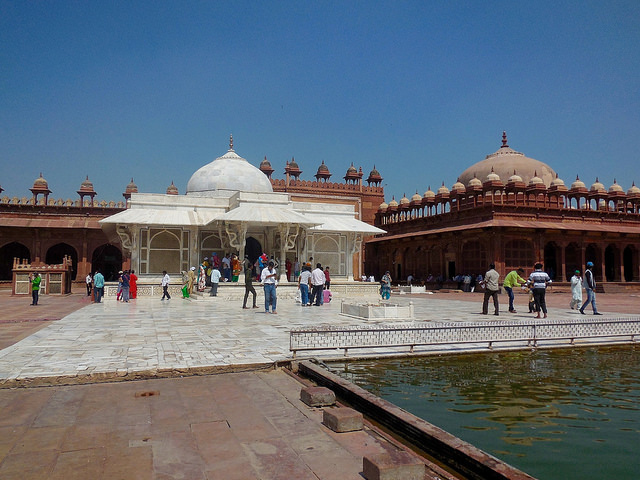 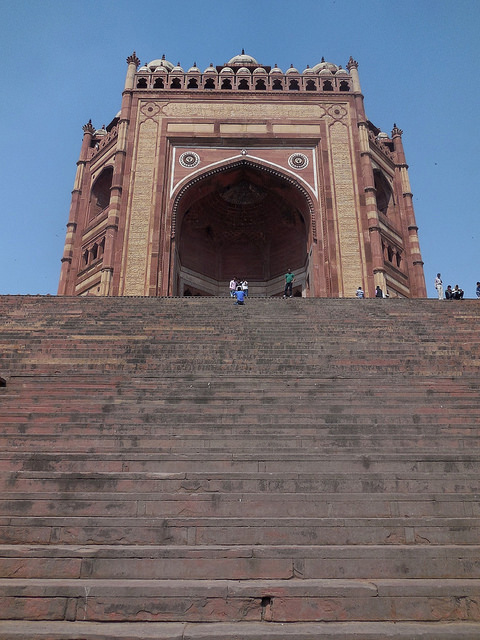 Again like at all historic places I wanted to imagine how life would have been at that time. I wanted to explore the town around Fatehpur Sikri and hear many more anecdotes. So, I made a resolve that some day I will come again at this place in leisure with a map and guidebook and explore things in detail.