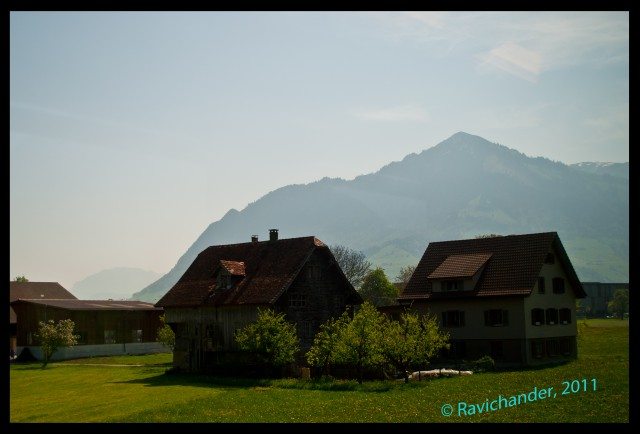 A view from the train

DDLJ rocked with its trend-setting shooting locations in Switzerland and I, like many Indians, began dreaming about it ever since then :) My dream came true with my maiden trip to Swiss!

We did a lot of planning, consulted a lot of forums and planned our tour – a 4D 5N trip from Dusseldorf to Switzerland and back. With the flight tickets and the hotels booked, we flew carefree to Switzerland :) 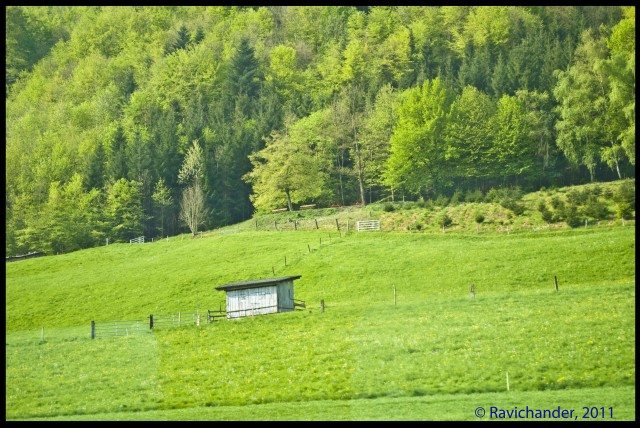 Our first destination was Basel– a city on the border of Swiss, France and Germany. We reached Basel by 11 pm – quickly drove to the hotel, checked-in and rested that night after a light dinner.

Next day- the actual tour began. We took a train to the SBB Bahnhof (the railway station of Basel) and took a train to Lucerne (also spelt as Luzerne). Since we had bought a Swiss pass from Dusseldorf itself, we never had to bother much about tickets while catching any train throughout the trip. 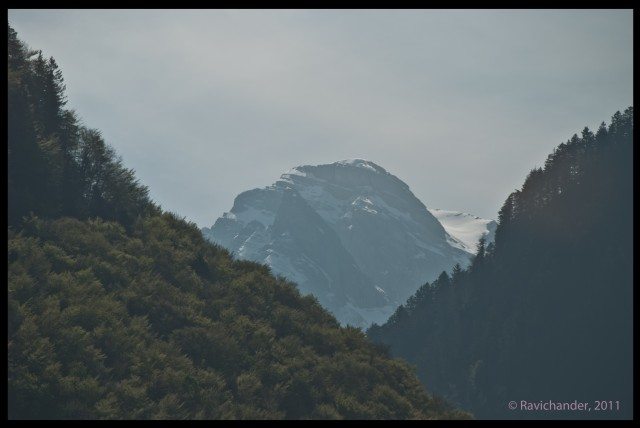 The first view of Snow and Mountains - enroute Engelberg 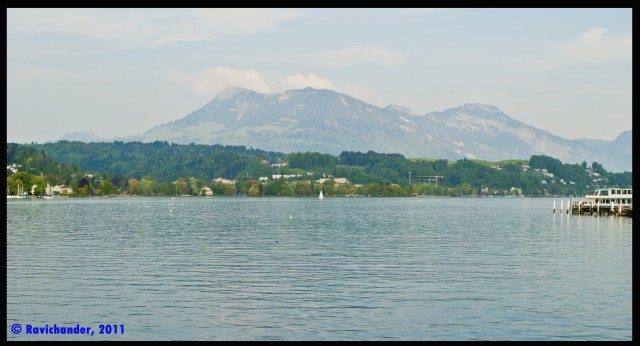 Our journey began – through the meadows in the villages, through the mountains and the farms, through the lakes and the streams – so scenic and so picturesque. Every place that passed by seemed unique, I couldnt control my urge to continuously click pictures through the SLR. Even an SLR quality cannot render the exact beauty of the place! I wish there was some camera that captured pictures as seen by our eyes and retain the exact quality of the pictures! Trust me, this place is truly blessed with all the elements of a perfect scenery :)
As photography occupied me, I dint realize that we had already reached Lucerne. Here, we had to take a connection to Engelberg from where we would go to Mount Titlis. We could either choose Mount Pilatus or Titlis. We for some reason chose Titlis.
The journey to Engelberg again is spectacular- the lake glittered as the sun shone brightly on the crystal clear water. The blue sky mirrored its image on the water making it more glamourous. The green grass looked fresh and with the trees groomed with flowers, the entire scenery looked like a bride dressed up for the grand event.
Again, within a span of about 40 mins, we were in Engelberg and we had to walk a few meters to reach the Titlis Rotair bus. This bus took us to the base station from where the Gondola starts – Gondola is the cable car that takes us till mount Titlis. there are basically 3 halts- the gondola with a 6 person capacity goes till the 2nd halt and at this point, we need to change over to a Rotair – another revolving gondola to give us a 360 degree panaromic view of the place. Snow capped mountains everywhere and occasional glimpses of greenary is all that we saw here – no regrets what so ever!! On the snow were trails of the skiing path – which looked like a curly hairdo of a blonde!! 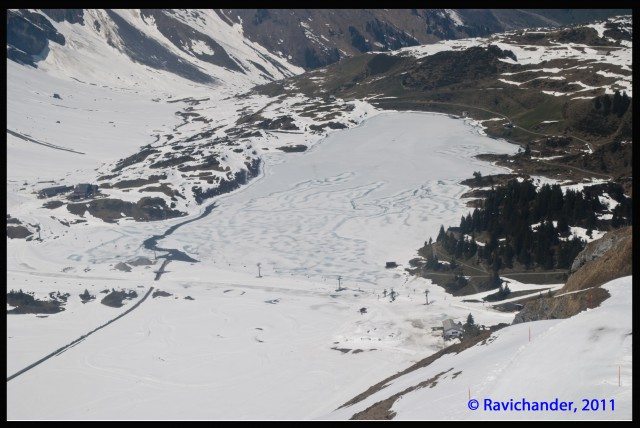 From the Titlis Rotair 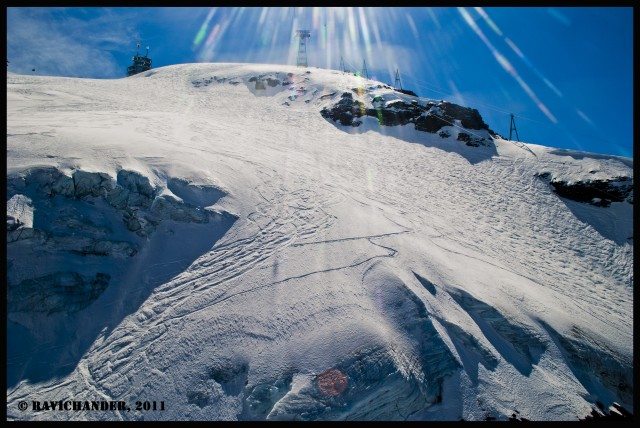 Sun and Snow - on Titlis

We reached the top of Mount Titlis – 3020m above sea level- What a beauty it was!! I must mention that in Switzerland, the tourist population is dominated by Indians and Chinese- so we did feel at home with familiar words & accent falling on our ears frequently. Like an icing on the cake, the pleasure of Titlis was topped with an Indian restaurant there – which served authentic North Indian food – cant get any better, can it?

A 1000 pictures in different angles and poses, an hour of free time to play in the snow .. What more can anyone ask for!! After this, we descended – still clicking the camera and capturing everything before the scenes just vanished. With a recap of the thrilling experience as we talked endlessly, we now returned to Lucerne.
In Lucerne, we took a city map and headed towards the famous Lion Monument – a memorial made to commemorate the soldiers who were massacred during the French Revolution. 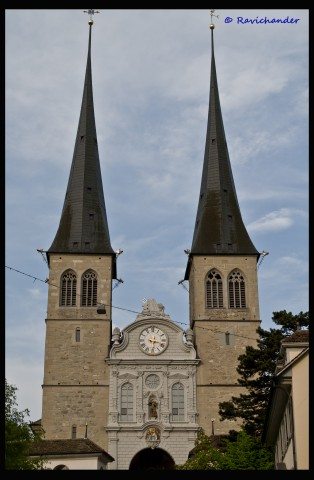 A Cathedral in Lucerne

Also, due to lack of time, we saw the famous “Chapel Bridge” from a distance through the window of the bus as we headed towards the railway station to catch our connection to Interlaken.
It was an approx. 2 hr journey to Interlaken- Scenic, mesmerizing and a widespread landscape.. Just making our journey more enjoyable and worth!!

Exquisite beauty of Switzerland – Part one was last modified: May 23rd, 2020 by Archana Ravichander