Why Ellora was ever made and that too at this location?

Many of you must have wondered or asked yourself while visiting Ellora, or a place like Ajanta, so am I. In the middle of nowhere, astonishingly carved into the hillside rock, there are 34 caves dating from between the 6th and 11th centuries AD would definitely made you speechless for a long time. 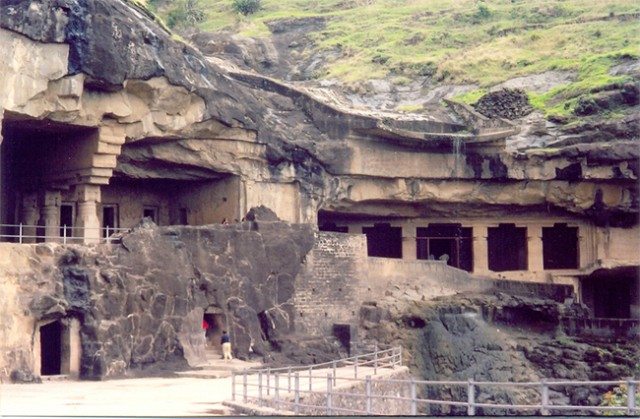 Few years back in June 2007, I had an unexpected opportunity to visit Aurangabad for official purpose. Well, it was practically to familiar with the city, as I was about to shift my base there.  My transfer to Aurangabad was almost finalized; however, I was not able to decide. We were expecting a new member in our family in two months’ time. Hence, leaving the job was only the second thing in my mind at that point of time. Hence, just thought to go and check the place myself, before deciding on anything.  On 21st June, 2007, I boarded the train from New Delhi Station to reach Aurangabad, my second trip in Maharashtra after Nagpur.

The first impression was not bad. Once back in the hotel room by 6:30 p.m. from factory, used to roam around the city, markets and returned to my room after dinner. Aurangabad is a small city with all modern facilities and seems to be economical as well. Roads are good, well maintained and there is no power cut like in the entire State. I spent the first Sunday searching for an accommodation and it was not a difficult task or project like in Delhi & NCR. Room rent was also much lower than what I was paying in Gurgaon for a similar kind of accommodation, if not better. So, that part is ok, but the biggest hurdle turned out to be the connectivity with Kolkata, my home. There was no direct train or flight from Aurangabad, so it would be a difficult task for me to reach home in case of any emergency or even otherwise. Though, I liked the place very much, but I had already taken a decision.

Suddenly, I became restless and wanted to return home at the earliest. The thought to visit Ajanta & Ellora was always in my mind, if I could stay one more week.  As usual, I was given another assignment and had to stay back. The initial joy to explore the place was no longer there anymore when I returned in the evening, after a quiet dinner and watching TV, went to sleep most of the days.

Next Sunday (July 1st) when I wake up in the morning, it was raining heavily. My initial disappointment evaporated almost immediately as soon as I opened the window. It was a beautiful view.  The Western Ghats in monsoon is just amazing; you must visit Aurangabad during monsoon. Anyway, rain stopped around 8 in the morning and very soon there was a knock. Amol, the driver of the auto (which I hired for Rs.400/- for the entire day last night) came to pick-me up. After a hurried breakfast, we left around 8:45. The person was very friendly in nature & he started talking about the city, its’ places and we left the city very soon. The drive till Ellora (~30 km from the city) was very smooth on a good motorable road and we reached there in an hours’ time. 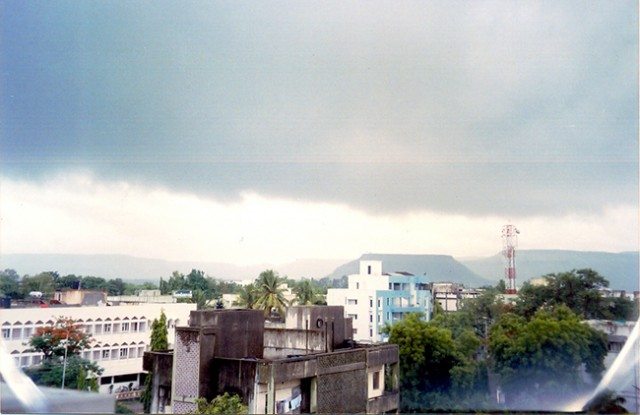 Finally, I was standing in front of the Kailash temple, the greatest marvel in Indian art where huge temple has been carved from single monolithic stone over the decades.  We have heard, read a lot about Ajanta & Ellora since our school days and ‘am an ardent fan of Feluda*. I have read “Kailashey Kelenkari” several times and all of a sudden those characters became real and it seems like it’s just happening in front of me. Few month’s later when ‘‘Kailashey Kelenkari”, finally released on Dec 21, 2007, I could actually relate the film along with my feelings at Kailash Temple. I would also suggest you to see the movie – it has English subtitles, so you shouldn’t have any problem and film has no language we all know, right.

* For all my non-Bengali readers (because Bengalis don’t require his introduction here, Feluda is larger than life to all of us since when we have started reading stories), Feluda or Prodosh Chandra Mitra, who uses the anglicised name Pradosh C. Mitter, is a fictional private investigator starring in a series of Bengali novels and short stories written by the Great film director and writer Satyajit Ray. It was an amazing feeling to be in front of Cave 16, known as Kailash Temple. I was astonished! 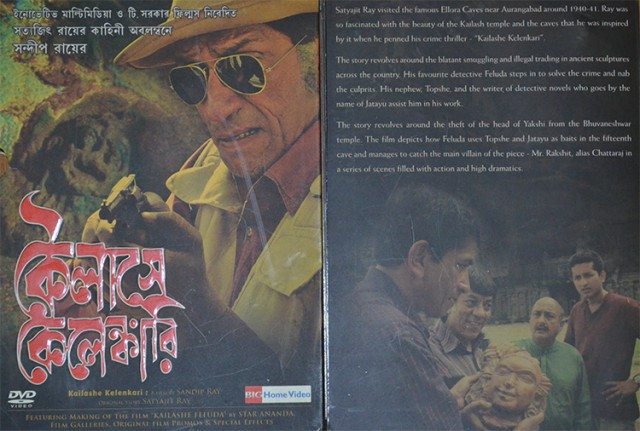 Ellora caves, built by the Rashtrakuta dynasty, dating back to the 5th century A.D. are dedicated to three different religions i.e. Hinduism. Buddhism and Jainism. The caves at Ellora are a mixture of Buddhist (caves 1–12), Hindu (caves 13–29) and Jain (caves 30–34); demonstrate the religious harmony prevalent during this period of Indian history. The entrance is in front of Cave 16, also known as Kailash Temple or the Kailasanatha. On your RHS, all the Hindu and Buddhist caves situated and you need to go a few kms on your left to reach Jain caves.

Note: Some of the information were sourced from Wikipedia. 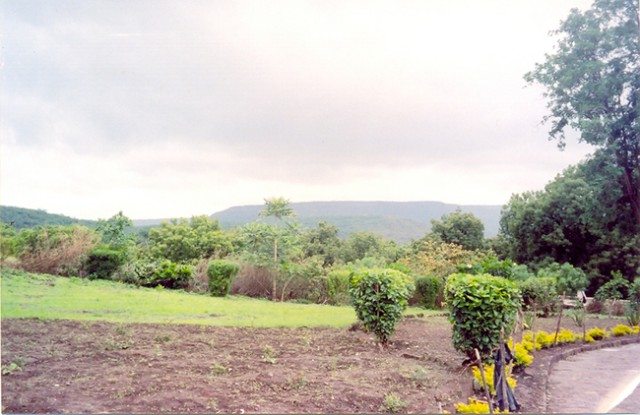 On your way to reach Jain Caves

There is a debate about who came here & started the work first and there are many opinions. However, I am not a scholar but just an ordinary traveller, who wants to visualize and go back to the past when some group of people crafted these caves by hand, with only a hammer and chisel. Life must had been extremely difficult but with their sheer dedication and mastery over arts, they had created life in this rocky mountain area, like the creator of the Universe ‘Brahma’.

Kailash temple is no doubt the unrivaled centerpiece of Ellora. This is designed to recall Mount Kailash, the abode of Lord Shiva – looks like a freestanding, multi-storeyed temple complex. Initially the temple was covered with white plaster thus even more increasing the similarity to snow covered Mount Kailash.

There is a large sacred bull Nandi in the front of the central temple, carved elephants out of the rock form the base of the temple to hold the temple aloft.  You will be amazed to see the Lord Shiva Linga, which is in the first floor. The room is completely dark and you will require a torch to even see your own hand. Carrying a torch is a must requirement at Ellora. Now just imagine, how those person worked without any support of modern technology or any form of electricity. 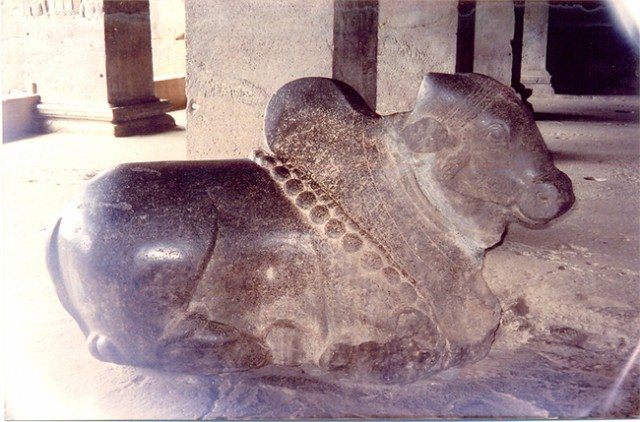 The temple is a splendid achievement of Rashtrakuta Karnata architecture. This project was started by Krishna I (757–773) of the Rashtrakuta dynasty that ruled from Manyakheta in present day Karnataka state.

Buddhist Caves (caves 1–12) were built during the 5th-7th century. These structures consist mostly of viharas or monasteries, large, multi-storeyed buildings carved into the mountain face, including living quarters, sleeping quarters, kitchens and other rooms. 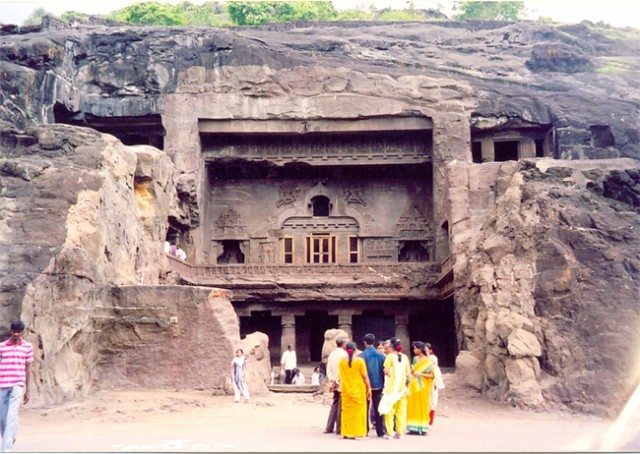 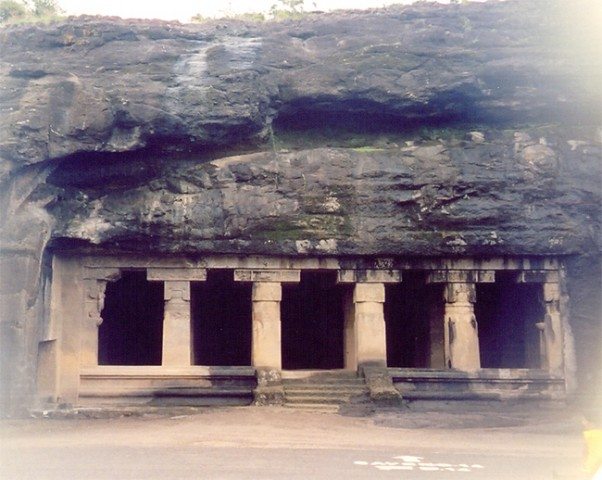 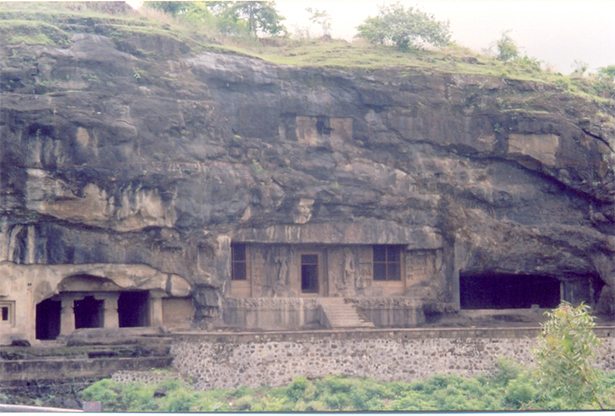 The most famous Buddhist cave is Cave 10;  a 15-foot statue of Buddha seated in a preaching pose. This cave is also known as Vishwakarma or Sutur ka Jhopda “Carpenter’s hut”.

Jain Caves (Caves 30–34) belong to the ninth and tenth centuries. They all belong to the Digambara sect. These caves are famous for the detailed art works. The most remarkable Jain shrines is Cave 32, the Indra Sabha. 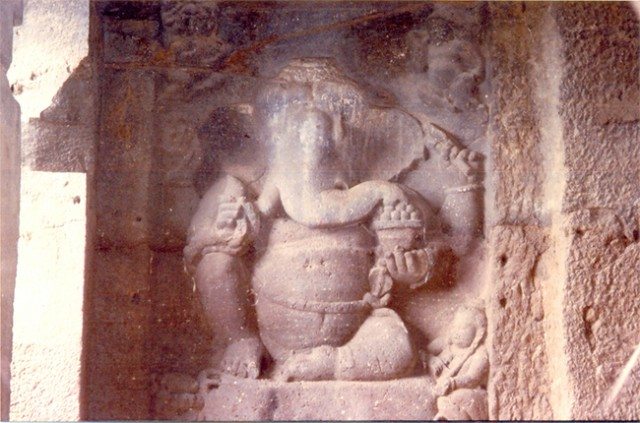 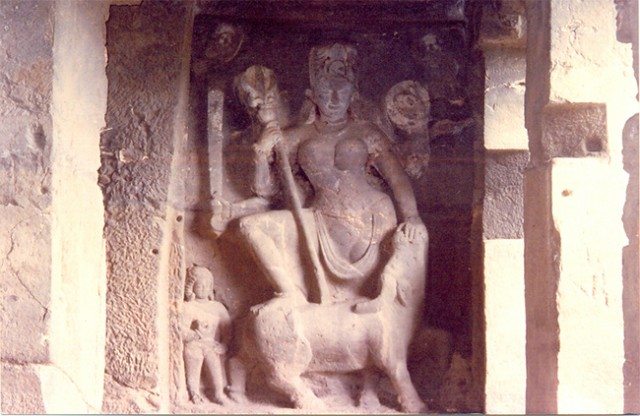 The Ellora caves are renowned for their extraordinary architecture. I wanted to discover this place at my own pace, which was hidden from all for so many years and noone can actually tell what inspires them to come to this place and create life out of nowhere. I bought a guide book from the counter which was of immense help to me. However, you can hire a guide as well.

By 3 O’clock, I call it a day; packed some food and  headed towards Daulatabad fort. Recently, there were two brilliant articles on this Fort from Nirdesh & Vishal, so I refrain myself adding one more, except few pictures. I was totally exhausted and couldn’t go to the top of the fort. Daulatabad fort is a wonderful place to visit. 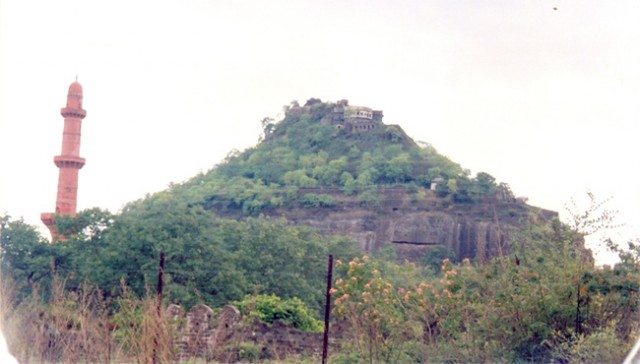 On my way back, I saw Bibi Ka Maqbara.  It is a maqbara built by the Mughal Prince Azam Shah, in the late 17th century as a loving tribute to his mother, Rabia Durrani (the first wife of the Mughal Emperor Aurangzeb). This monument is also called the Dakkhani Taj. Restoration work was in progress and it was almost dark, so decided to return to the hotel. 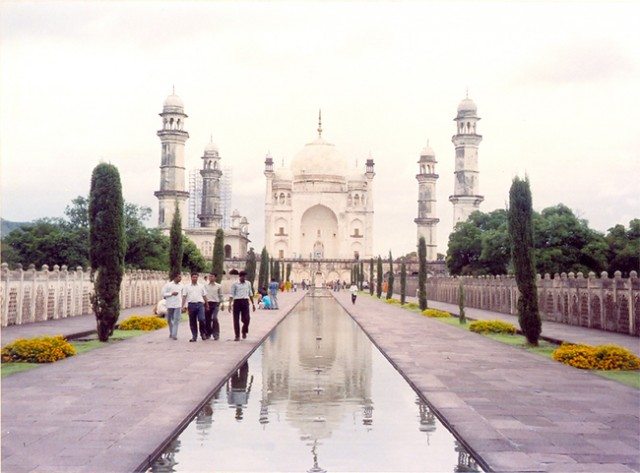 I was planning for a trip to Ajanta next Sunday (July 8, 2007) which is ~ 100 km from the city, but I got a surprise call after reaching hotel from my mentor, asking to send the CV by night. Everything materialized very soon and left Aurangabad on 6th night for Mumbai to catch a flight to reach Delhi to join my present company.  Inbetween, did some shopping, bought few Paithani silk sarees, who knows when I would have a chance to visit the place again.

Can hundred of years’ work be covered in just few hours? I failed in capturing the beauty of the magnificant Kailash temple in my camera and unable to post them for all of you, since I didn’t have a digital/DSLR that time. However, I captured the place in my handycam very well and watch the same at my leisure whenever I find some time. I still remember my brief stay at Aurangabad and will definitely visit Ajanta & Ellora one more time, at least.

Our travel destination was Mandu in Madhya Pradesh. I came to know from Papa that there is a fort in Mandu and our hotel…