I was enough fortunate to visit China just one month before Olympics 2008. One can see the level of preparation & enthusiasm of Chinese to make the Olympics successful. Even the Inauguration ceremony date was interesting, it was 08.08.08.

It’s my suggestion for vegetarians, they must carry some dry ration. Food & language is a big problem there. I reduced almost 5 kg weight in 5 days.

There are direct flights from Delhi for Shanghai, but I was supposed to join some one in Mumbai. Jet airways operates Mumbai – Shanghai – St. Francisco. I reached Shanghai at 9.00 PM (as Per Chinese Time), the time hr. difference between India & china is approx. 2 1/2 hrs. same as Singapore /Malaysia.

From Shanghai one can hire a Taxi or Train from Shanghai Airport. The Suzhou Railway station is one of the busiest stations in China , train takes only one hr. from Shanghai to reach Suzhou & Car takes almost 3 hrs. As it was late night I left airport for Suzhou by taxi . By the time I reached Hotel Sofital -Suzhou it was around 12.30AM . I was so tired that straight way I went to bed without having Dinner.

Suzhou is a Historical & Cultural city located approx 100 km from Shanghai, it is known for its Gardens, Canals & Silks. 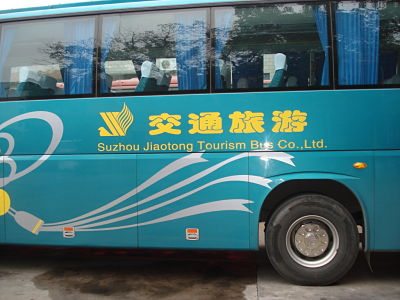 Places to Visit in Suzhou

Since Morning to evening I was busy in official meeting , had my breakfast & lunch in hotel sofital only. Evening we all went to a village restaurant, it was an old house which was converted into restaurant. We enjoyed Kun Opera is one of China’s classic operas with a history of 600 years. 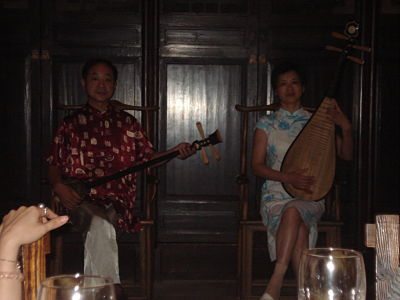 After having our breakfast we left hotel by Tourist Bus for our Suzhou visit.

Ist we went to Humble Administrator’s Garden , it was originally built in 1509 during the Ming Dynasty (1368-1644). It was initially a private garden of a former government servant named Wang Xianchen. It was said he intended to build a garden after retired and just do some gardening work like planting trees and vegetables there, which was said to be the life of a humble man by him. Hence is the name of the garden. The garden was created upon the old relics of a resident and a temple. Water feature is the main background and its natural landscape includes small forests, hills and rock formations. It also has man-made pavilions, halls and parlors.

The Master of the Nets Garden is among the finest gardens in China. It is recognized with other classical Suzhou gardens as a UNESCO World Heritage Site. The garden demonstrates Chinese garden designers’ adept skills for synthesizing art, nature, and architecture to create unique metaphysical masterpieces. The initial garden was first constructed over 800 years ago. The Master of the Nets is particularly regarded among garden connoisseurs for its mastering the techniques of relative dimension, contrast, foil, sequence and depth, and borrowed scenery. 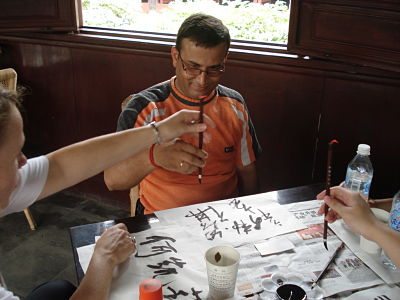 Tai Chi is a form of Martial Arts. It is performed slower than most other Martial Arts and is regularly prescribed to people who are looking for alternative exercise but cannot perform the traditional aerobics exercises.

Tai Chi, also known as tai chi chuan or tai ji, finds its history very common to many Kung Fu styles, originating from the Shaolin monks. It is said that the forms started as part of a daily ritual that the monks would perform for stretching out and warming up the body as well as meditation and time of reflection. It should come as no surprise than that many of the forms of Kung Fu also embody a portion of Tai Chi in their daily practices.

Tiger Hill, named because it looks like a crouching tiger. There is also a legend said that the white tiger guarded the burial of King Helu. This hill is a popular tourist destination because of its natural beauty and historical sites, and has been visited by tourists for hundreds of years. There are rocks all over the hill with carvings of poetry and calligraphy. One of the rocks called “Sword Testing Rock” is very famous because of a legend that it was cleaved cleanly by the famous extremely sharp sword. Another famous rock is Thousand People Rock and Sword Pound with 3000 buried swords in it. Tiger Hill is full of cultural architecture and the most impressive one is the Yunan Pagoda. It is seven stories high and has a lean of 3.5 degrees which is why this pagoda is known as the “Leaning Tower of China.” It is more than 1000 years old building making it older than the famous Tower of Pisa. 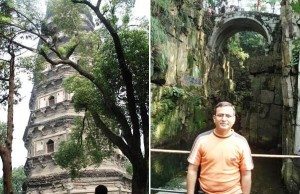 Last but not least we visited the Main attraction of Suzhou. Tongli Village about 27 km. away from suzhou, It is world heritage Site. With a network of lakes and waterways, Tongli has not suffered from war since it was inaccessible in the old times. There are 24 bridges at the intersection of waterways.

I am not talking much on food here , because 4-5 days I just had fried rice in my lunch & dinner. After meeting we went to a Silk Factory / Factory outlet. Just for your information I found the stuff available in the factory was too costly , most of us did window shopping only. After shopping we all went out for dinner near Jinji lake. The restaurants were fabulous , photographs of some of the restaurants are attached below . The view near Jinji lake was wonderful, nice place to hangout in evening.

Today was our last official night in Suzhou. We were supposed to attend the formal dinner so could not get chance to go out in the evening. We had pool side dinner.

Morning we checked out from the hotel , had our breakfast & left for Shanghai. My flight was to be departed same day -late night so I decided not to take a room in hotel. Some of my friends from the other countries were staying in shanghai as their flight was scheduled next day morning. I dumped my luggage in their room and proceed for sight seeing.

The details on Shangahi will be in another Write –up.

When planning a trip to Europe, it is best to budget for everything you will need. A budget will allow you to maximize your…