I had dwelled upon the valley of Yousmarg in my previous post. We had passed the holy shrine of Charar-i-Sharif on our way about had decided to visit the shrine on our way back to Srinagar. Yousmarg as a destination was decided on impulse and some motivation by the tourist guide center of Jammu and Kashmir Government located at Srinagar.

We didn’t know the way to Yousmarg and were quite lost en route . As per my habit I didn’t hesitate to ask the way and this time it happened to be an officer of the state government in his official car. When I propped up my question to him, he simply came out of his car and signalling me to have our vehicle in the chase mode after him. Till about 10 minutes we were following him and near the outskirts of this sprawling city , he came out of his car again and signalling towards the road we had to take.  I just thanked him and felt highly obliged knowing that despite his route to be in some other direction had taken great pains to guide us instead of just telling the way and his gesture became more humane when he said that it was his duty to help the guests from other state. So much for the kind gesture of that man from the valley. Who says that the unfortunate incidents had made the people there, insensitive?

The road to Yousmarg was good in patches only . Frequent zigzag curves and that also on the road which was not metaled properly had made our journey somewhat tiresome. Though our destination was just beautiful , the way towards that destination had not been so nice for us. En route , we passed the rural Kashmir mainly , the soul of Kashmir you can say, where the real people lived , far away from neon lights of urban centers. On our way we rested after about 1 hour and parked our vehicle on one side of the road. Some musical voices were coming from a village nestled in the woods . It was a lovely rhythm and we guessed that some ceremony related to marriage might have been going on and we were proved right by some onlookers who were innocent boys(a group of 4-5 boys) looking at us and giggling as we had come from some other planet. Weather was lovely and the ambiance was just awesome. After resting for sometime , we carried on with our journey towards Yousmarg.

On our way back to Srinagar, we decided to visit the holy shrine of Nand Rishi, Charar-i-Sharif.

ANOTHER VIEW OF TOWN 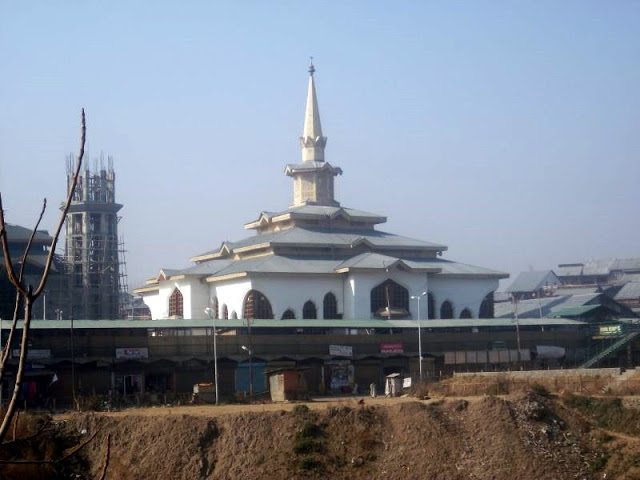 CHARAR-I-SHARIF:The town of Charar-i-Sharif is famous for the shrine of Nand Rishi (Hazrat Sheikh Nooruddin Noorani). An apostle of Sufi way of spreading Islam, the tomb of the revered saint lies here. He truly represents the secular character of the valley as the tomb was not visited by Muslims only but by the Hindus as well pre-turbulent phase. As I am always fascinated by by the Sufi way of living and the mystic appeal that lies beneath these places, always make a point to visit such places and these places also break certain myths. It is true that now the valley has become synonymous with Muslim brethren but there was a time when Kashmir represented the secular character of India in more than one way and this place is one of those. This might have been the reason that erstwhile governor of Kashmir, Sh. Jagmohan wanted to make it a model town in th valley though it didn’t materialize. The place was in the news in 1995 when whole of the town was gutted down in fire, almost all of the dwellings and the town since has been rebuilt and rehabilitated near the shrine is unexplained and one gets the positive vibes all over. 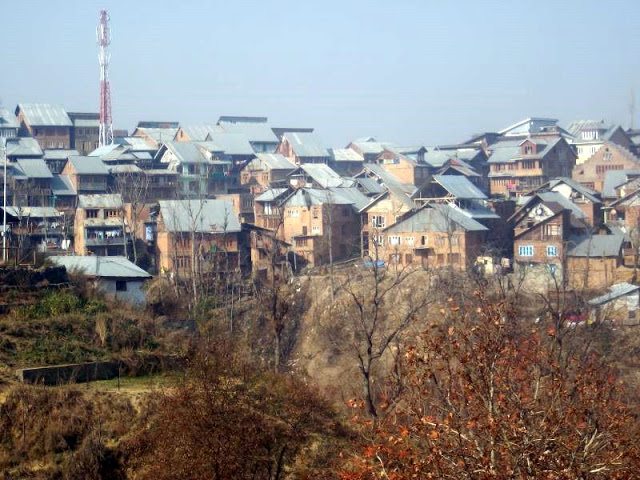 THE TOWN AND THE SHRINE 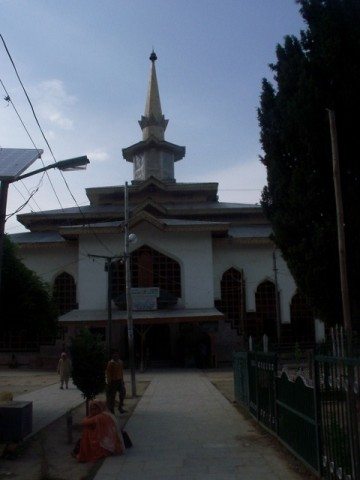 Nand Rishi was the spiritual heir to another great representative of Sufism, Lal Ded. Nand Rishi was the first person to start Rishism in the valley, a kind of Vaisnavism. Leading a simple life, the shrine represents the value of non-violence, vegetarianism and communal harmony. The shrine is white in colour modeled upon the central Asian style of architecture and is quite spacious having two sprawling floors with beautifully carved wooden ceilings and staircases. Serenity engulfs you when you enter the shrine We stayed for about 2 hours there and then started our journey towards Srinagar . This was to be our last day in Kashmir valley and the day after we had to embark our journey towards Jalandhar via Udhampur. 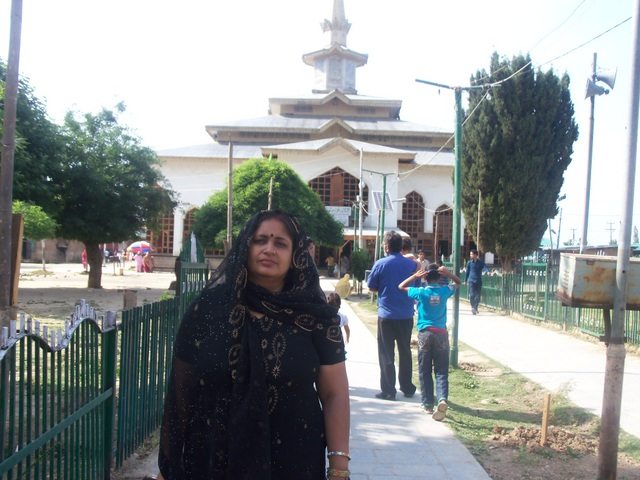 MY BETTER HALF AT THE SHRINE

Overall our Kashmir tour , in my eyes was less of traditional tourism and more of as a spiritual and cultural journey.

SOME SAYINGS BY THE GREAT SAINT:

1. No sooner did I proclaim the unity of God,than I surrendered myself to his jurisdiction, diffused my being in his omnipresence reflected remain I to his omnipresence.

2.To me none, but you art the only hope, one day the vigor wilt vanish and the compound metal shall perish one whom thou shalt grant, none can deprive. Immaterial, the time and occasion art.

Till my next series on my visit to heritage city of Ahmedabad and revered religious place, Amba Ji, Good Bye to all the readers and thanks for bearing me all along.

# Four pictures have been taken from the internet.

If you haven’t read the first Editorial published this morning, then I insist that you do so because this editorial won’t make any sense to you if you don’t. Here is the link.

And now for a revelation – following are the only lines from this morning’s Editorial that you should believe: